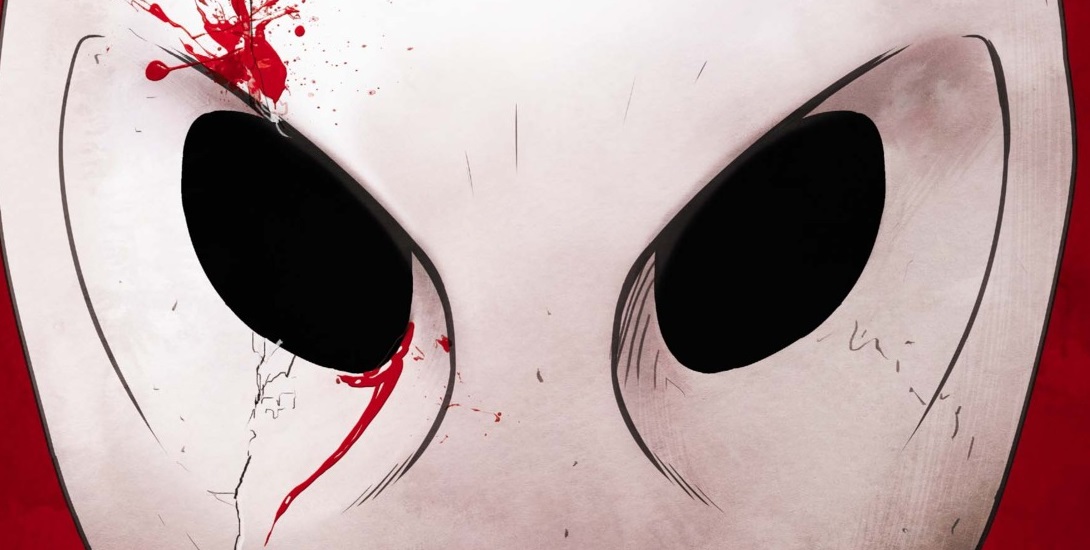 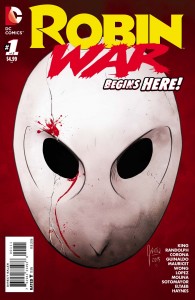 Artists: Khary Randolph and Others

The latest DC crossover is now in full swing. What makes this one interesting is that it’s an event taking place in Batman’s corner of the DC Universe, but Batman is not part of it. Well, at least not Bruce Wayne.

This book is really a treat for those who love the various characters to inherit the mantle of Robin of the years. Dick Grayson, Jason Todd, Tim Drake, and even Damian Wayne are all present. It certainly helps that Tom King really has a great grasp on these characters and does a terrific job writing for each of them.

We kickoff with a powerful scene that depicts amateur vigilantism gone horribly wrong. One of the “Robins,” a growing movement in Gotham that sees youths think they can be a superhero by putting on a hoodie and mask, tries to stop a robbery and ends up killing the criminal as well as the responding officer. This, of course, causes a crapstorm in Gotham.

The news reports covering the tragedy are highly reminiscent of those in The Dark Knight Returns. The parallels with real life police brutality events are ever present. Not only that, the issue of pigeonholing someone based on the way they dress is also a central theme.  It leads to Robins – and anything having to do with them – being outlawed in a borderline Orwellian tale.

As you no doubt gathered from the cover, the Court of Owls makes an appearance. Their introduction and involvement, while still highly mysterious, is rather ingenious. I can’t wait to see what they have in store for anyone who dares to wear red.

The highlight, in my view, is Damian Wayne’s return to Gotham and, believe me, he’s PISSED. He gives the army of “Robins” the talk that I’ve been waiting for and easily takes them down along with Jim Gordon/ Batman. Accept no substitutes.

We’re treated to an ending that hearkens back to the “Court of Owls” stories that took place within the pages of both Batman and Nightwing. There’s also some foreshadowing as to what may be coming for one Dick Grayson.

Before closing, I would like to point out that this is the first of two oversized issues that will bookend a crossover that will spill into Grayson, Detective Comics, and Robin: Son of Batman, among others. Despite the absence of Bruce Wayne, this feels like the beginning of an event that no fan of Batman or Robin should miss.