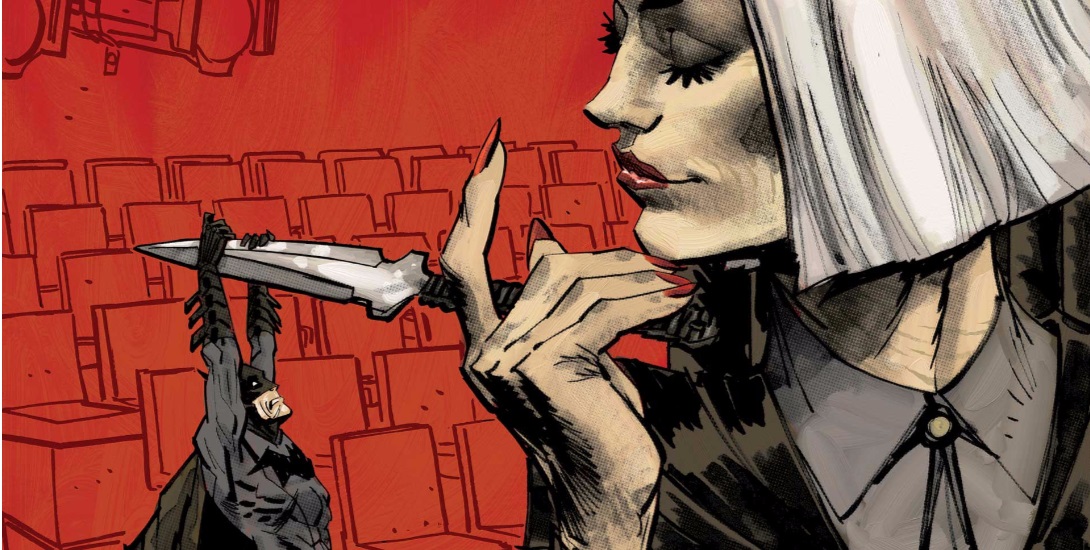 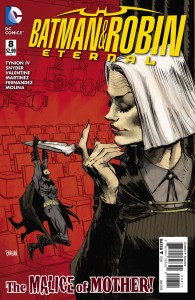 It’s been a very long time since we’ve had a “second opinion” review here at DKN. We hope you enjoy seeing something from multiple perspectives because it will likely happen more often in the future.

Now, on with the review.

This issue almost immediately thrusts the reader right into the action. The Batfamily is kicking all kinds of butt at the opera while Dick Grayson and Mother have a face-to-face conversation that’s intercut with a flashback involving her and Bruce Wayne. The past and present being of equal importance brings an interesting touch to this “season” of Eternal – it’s kind of like watching Arrow.

As for those scenes between Bruce and Mother, I’ll just say that I hope whatever deal that went down between them doesn’t make us look at Bruce Wayne in a less-than-favorable way. Sure, Mother is obviously a master manipulator, but it seems like Bruce may be manipulating her. My better judgment says we’ll probably get a third act reveal  showing Bruce was indeed playing her all along. Big picture villains come along every few years, so let’s see if she can compete with the likes of Hush, Dr. Hurt, and Lincoln March.

One thing is for certain: this kind of is the Dick Grayson show. I have to agree with my colleague, Ryan Lower, regarding that. With Bruce amnesiac, Dick has stepped up, as he has done several times in the past. What I really love is how Dick is portrayed as a man of conviction.

One other character that I want to mention before I wrap things up is Cassandra Cain. Her New 52/ DC You incarnation seems to be making a solid debut and is quite the bad ass. I’m interested to learn more about her background. I just wonder what she will become since Barbara Gordon will likely be Batgirl for the foreseeable future. Perhaps she’ll be Black Bat again? Time will tell.

This was a rather strong issue coming from several great minds that happen to be crafting one hell of a mystery. While several artists worked on this issue, every page feels consistent with the next. Here’s to sidekicks.