Batman and Robin Eternal is upon us and it looks like it’s full of ninjas. This preview definitely has me at the edge of my seat. It’s thrilling and it has ninjas. Who doesn’t like ninjas? I don’t want to meet a person who doesn’t.

Anyway, it looks like this Orphan character just did a number on Harper and if nobody helps her, we may lose another member of the Batfamily. Thankfully,  Cassandra Cain jumps in through the open window and takes care of business. All of this, while Dick is outside about to investigate Harper.

Here’s the synopsis and preview courtesy of Newsarama:

BATMAN AND ROBIN ETERNAL #2
Story by JAMES TYNION IV and SCOTT SNYDER
Script by TIM SEELEY and JAMES TYNION IV
Art by PAUL PELLETIER
Cover by TONY S. DANIEL
On sale OCTOBER 14 • 32 pg, FC, $2.99 US • RATED T
It’s here at last—the sequel to the blockbuster weekly series BATMAN ETERNAL!
Five years ago, Batman and Robin worked the most disturbing case of their crimefighting careers—bringing down the organization of the ultimate human trafficker, the mysterious woman known only as Mother. At the time, Dick Grayson never quite understood the scope of that case, but now its darkest secrets are coming back to haunt him and everyone else who ever worked with Batman! With Bruce Wayne now lost to them, Dick and all his allies are out in the cold! Who can they trust? Is someone among them not who they say they are? And who is the deadly, silent young woman in black who’s come to Gotham City looking for Batman?
Prepare yourself for six months of international intrigue, twists and turns, and new additions to the world of Batman and Robin, from showrunners James Tynion IV and Scott Snyder, and writers Tim Seeley, Steve Orlando, Genevieve Valentine, Ed Brisson, and Jackson Lanzing & Collin Kelly. 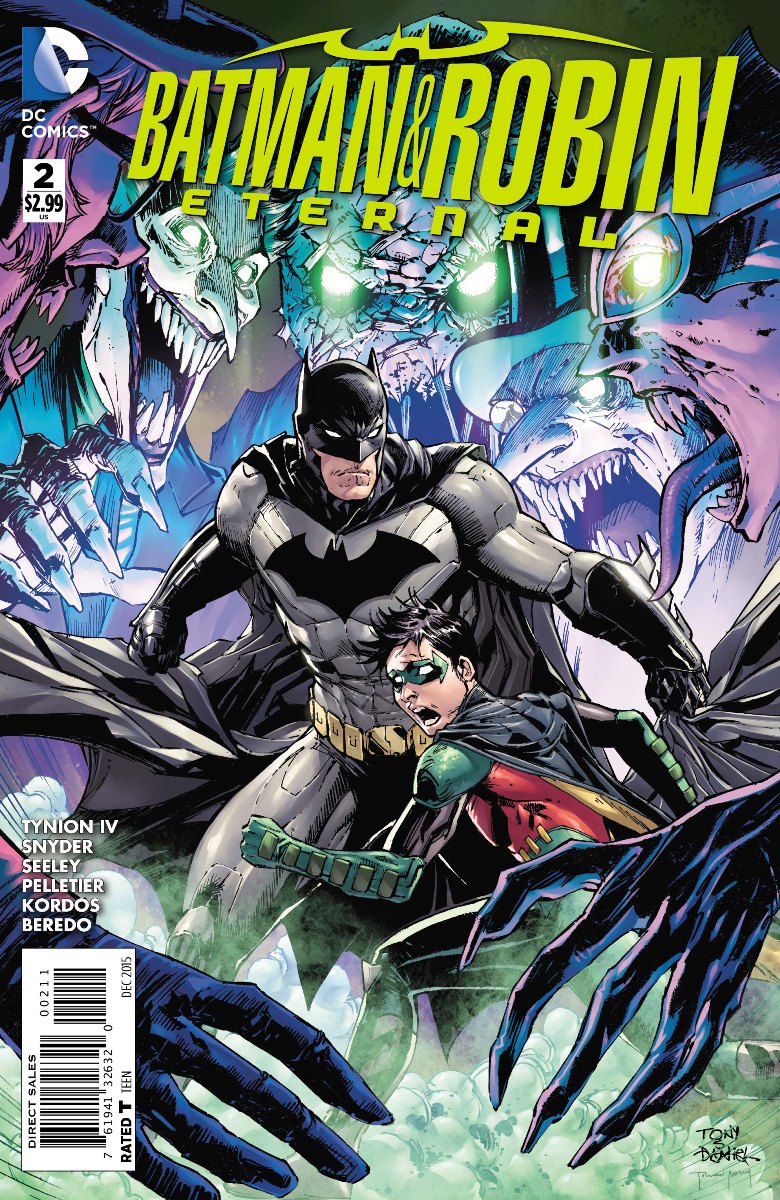 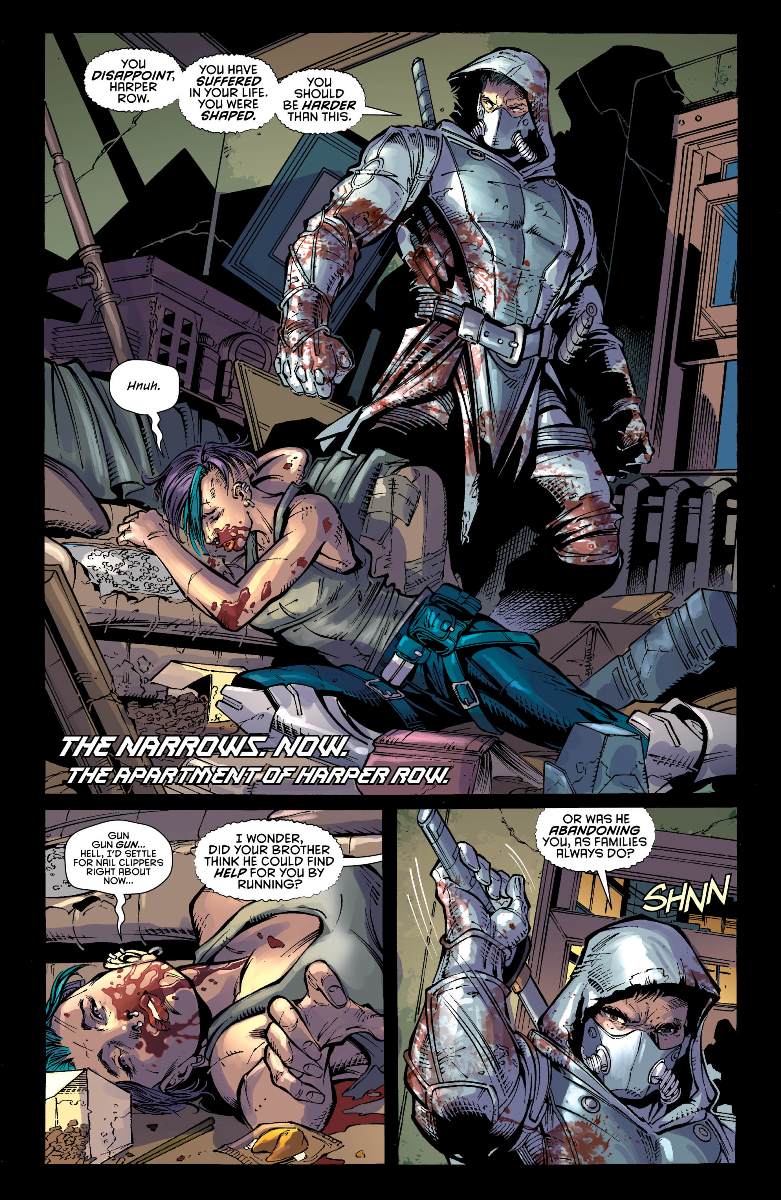 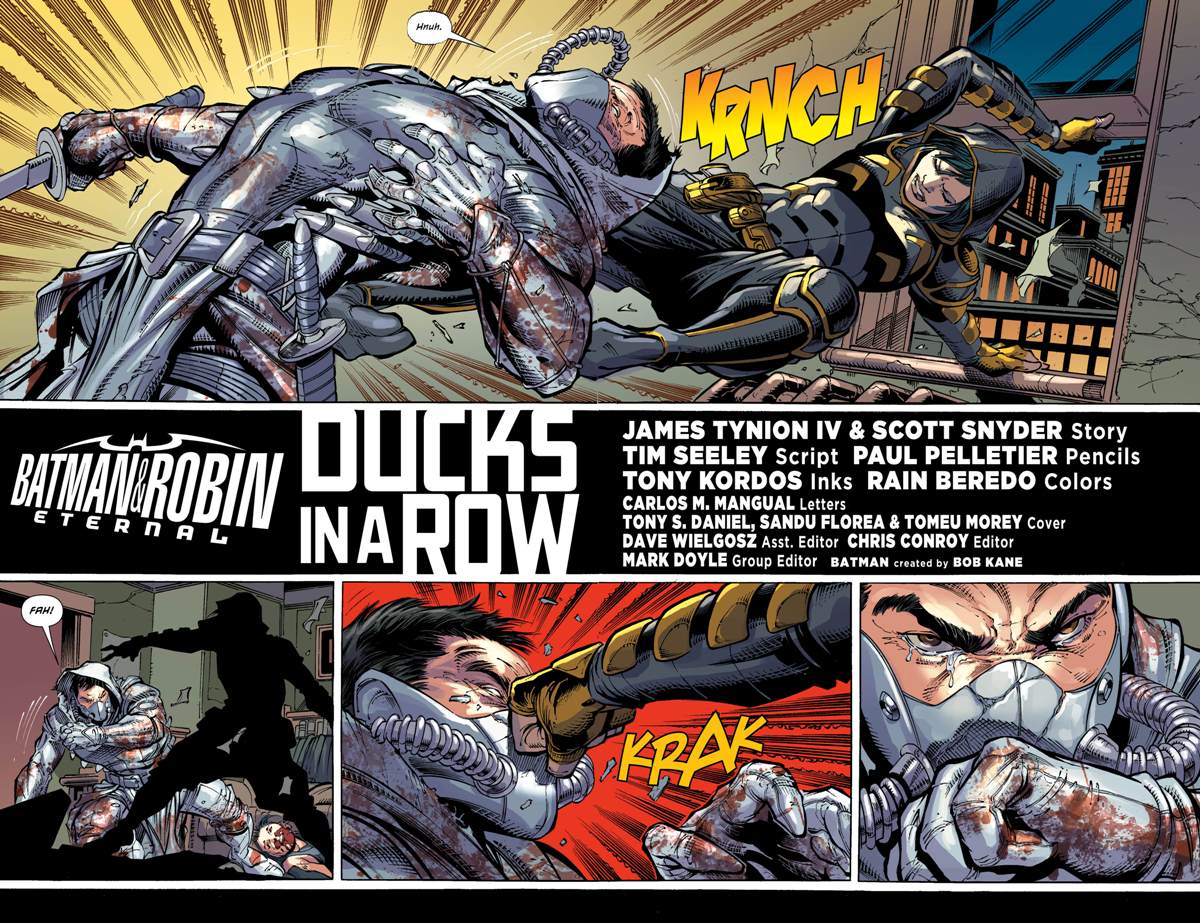 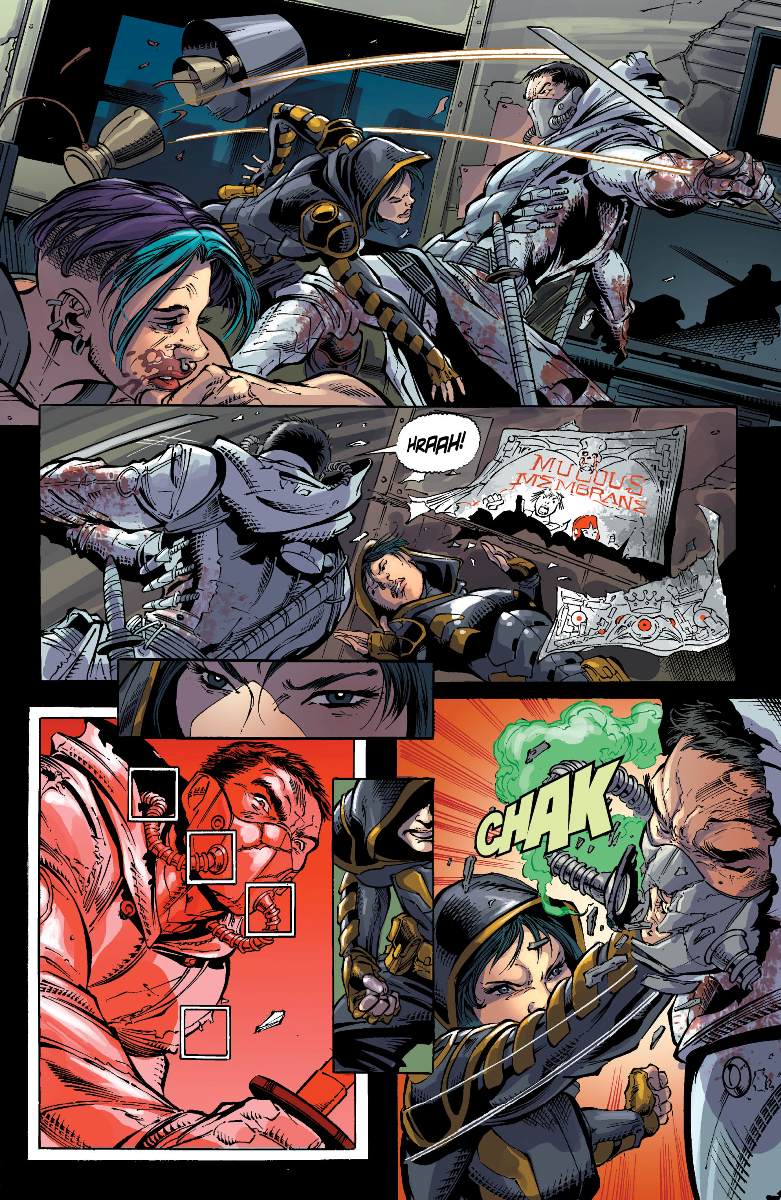 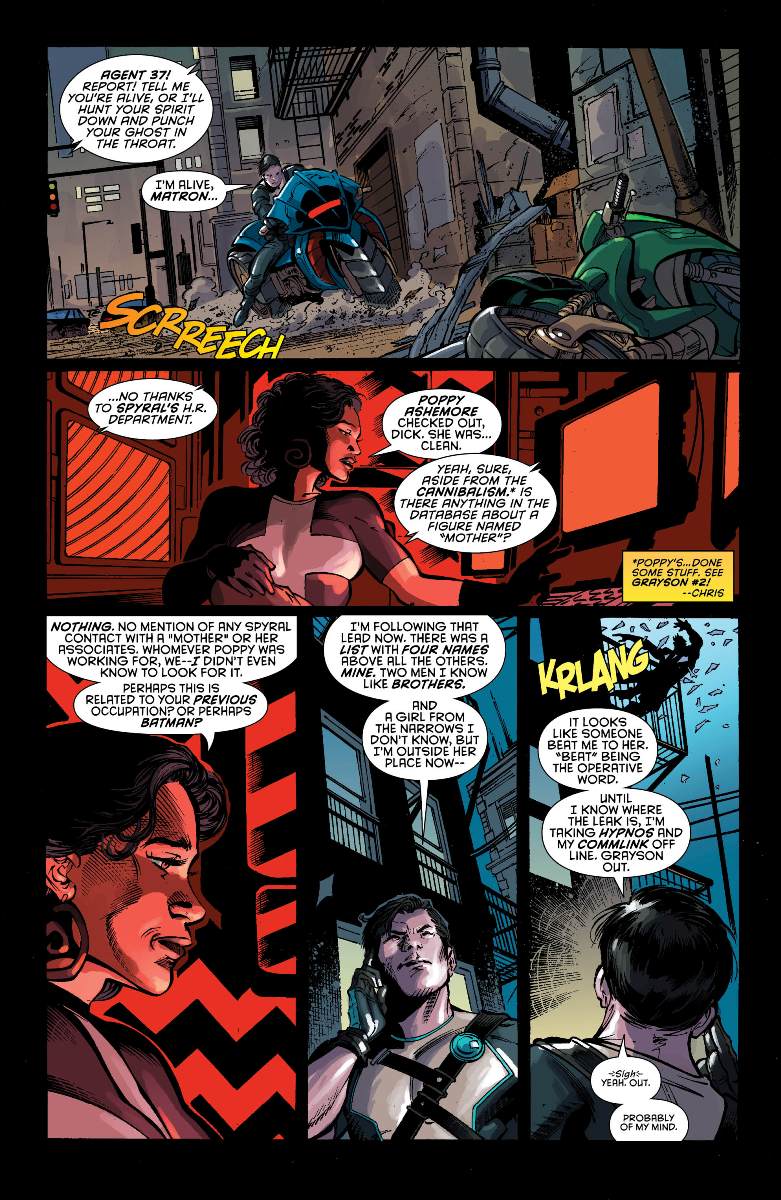 Expect it this Wednesday, October 14th.