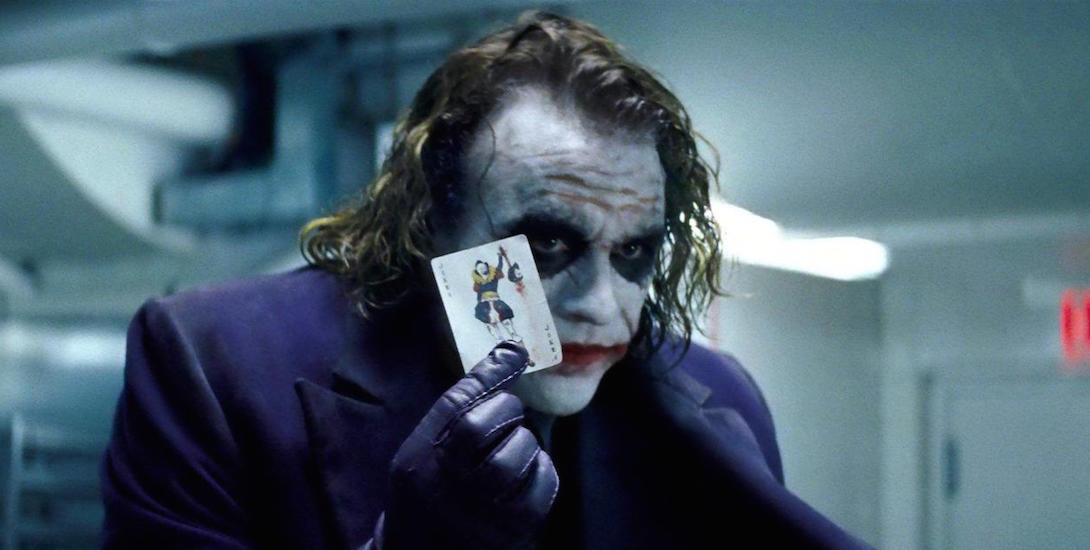 Many of us who love Batman also love The Dark Knight, and if you love that film, you most likely love Heath Ledger’s Joker.  Indeed, and for numerous particular reasons, Ledger’s Joker was quite a creepy character.  Well, if you loved Joker in The Dark Knight, perhaps you might consider memorializing him with this creepy little Nendoroid figure, referred to as “Nendoroid Joker: Villain’s Edition.”  Manufactured by the Good Smile Company, this adorably quirky little Joker is a painted ABS and PVC non-scale size articulated figure that is about four inches in height.  Nendoroid Joker comes with a stand and the following little accessories: knife, Joker card, and dollar bills; he is complete with a flexible purple jacket. Nendoroid Joker will cost about $30 or so, and will ship in February 2016.

Here’s what Good Smile Company said about their product:

From the popular DC Comics film ‘The Dark Knight’ comes a Nendoroid of the Joker based on the highly acclaimed version of Joker played by Heath Ledger. He is also the first ever villain from a live action film to join the Nendoroid world!

His eccentric yet twisted face paint has been carefully shrunk down into Nendoroid size, and he comes with both a glaring expression and a twisted smiling expression that certainly can’t be compared to any previous Nendoroid smiles! The back, left and right sides of his trademark purple coat are all movable allowing you to easily pose anything from his signature standing poses to casually cracking a joke. Optional parts include a knife, stacks of money and a joker playing card, allowing you to recreate various different situations as well!

Preorders for this little guy will be open between 6 October 2015 and 4 November 2015, and payments are accepted via Credit Card and PayPal. 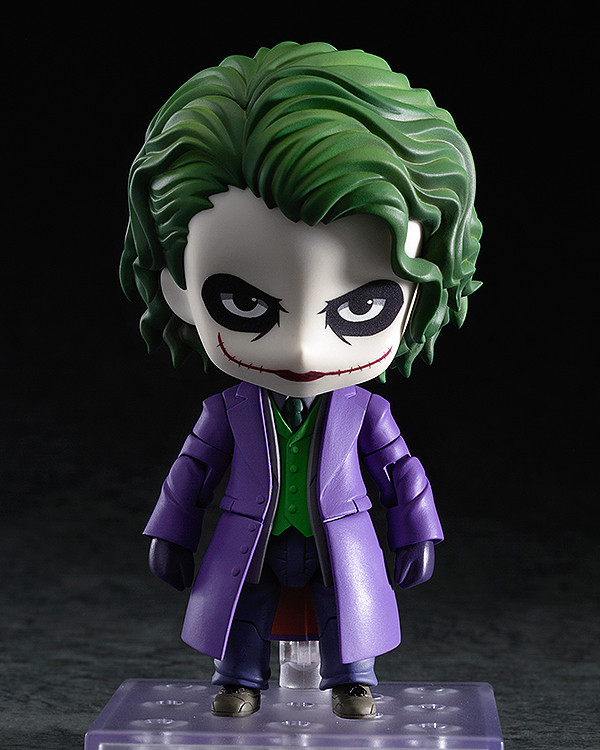 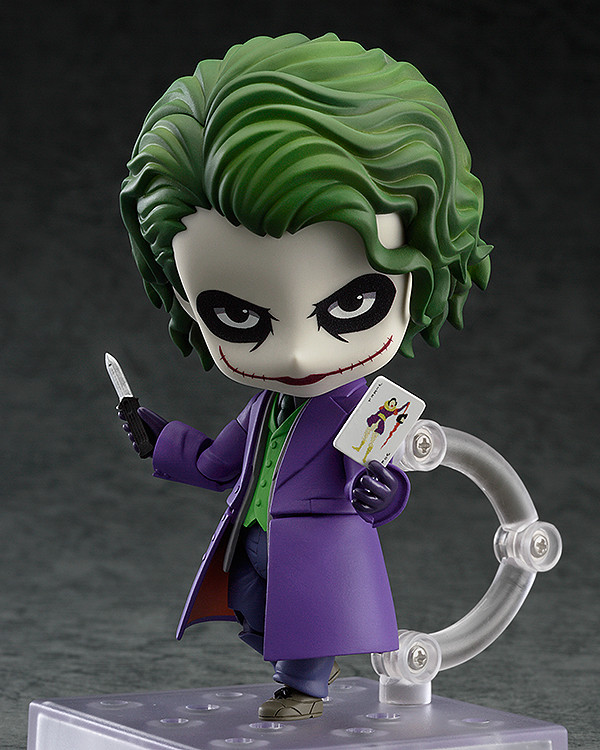 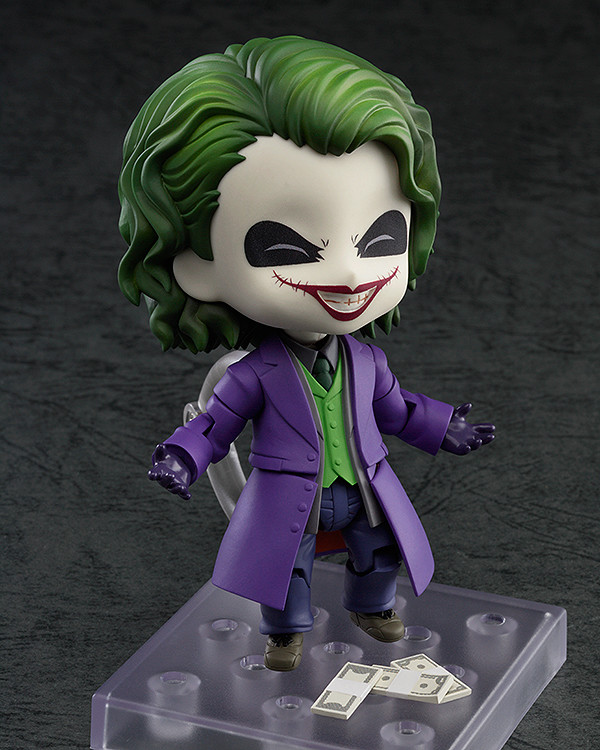 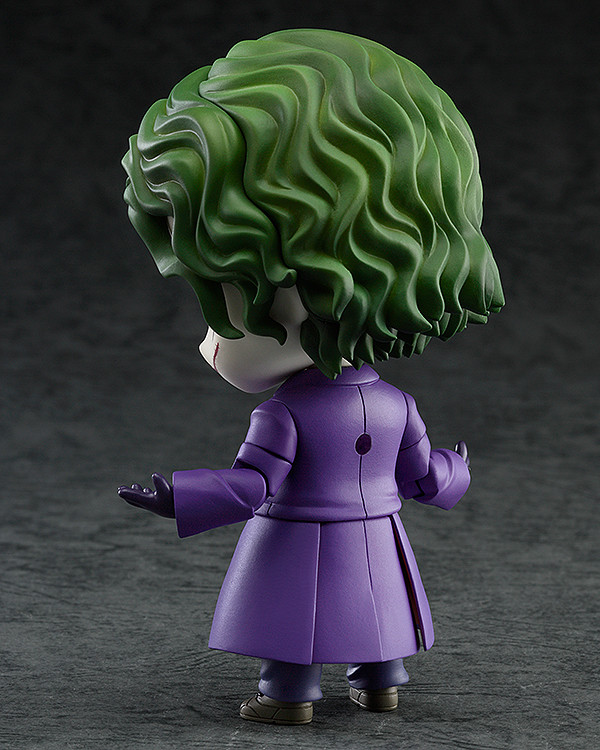