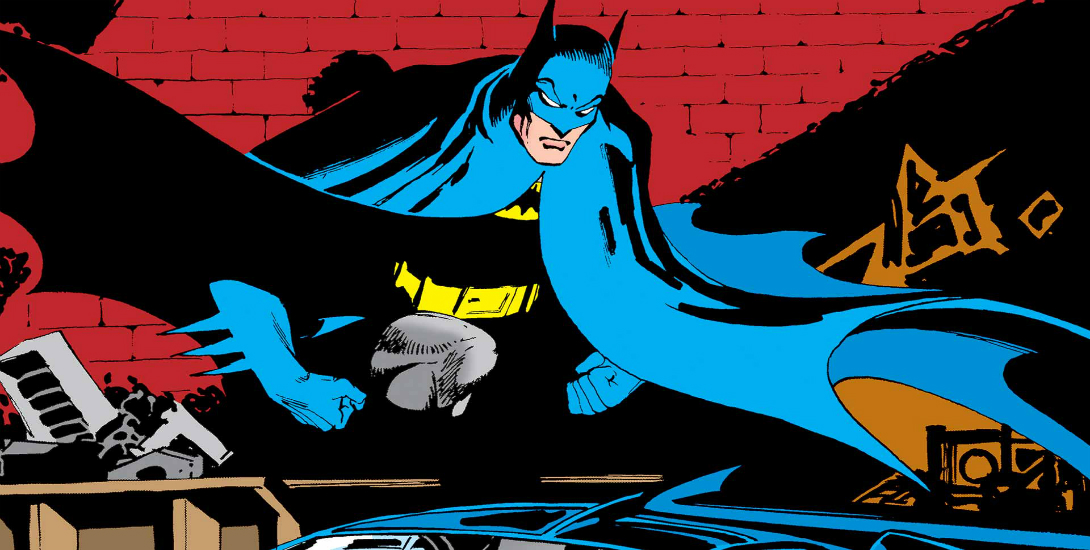 Batman: Second Chances is a collection of issues, primarily containing Max Allan Collins’ run on Batman. Collins has been one of the most despised Batman writers because of his less serious portrayal of the Caped Crusader. Keep in mind, however, wedged between Collins’ work collected here in Second Chances, was the now iconic Frank Miller/David Mazzucchelli four-issue run on Batman #404-407 — or as most of us know it, Batman: Year One.

Batman: Second Chances reads like a multi-part collection:  Batman #402-403 as a stand-alone tale about an ex-cop, Tommy Carma, whose obsession with the Bat moves to unhealthy levels; Batman #408-411, which collects the reboot of Jason Todd’s origin, in continuity; Batman #412-413 are stand alone comics that show Jason’s development as Robin. Batman #414-416 showcase Jim Starlin and Jim Aparo’s collaborative work, and although the issues are not in continuity, they shine as the most impressive work in Second Chances. The self-contained Batman Annual #11 is the least cohesive addition to the collection, and features an encounter with the notorious (and love-struck!) Penguin. 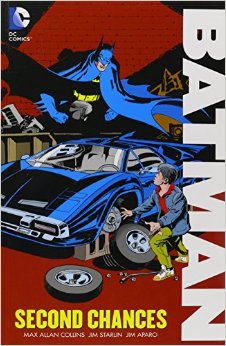 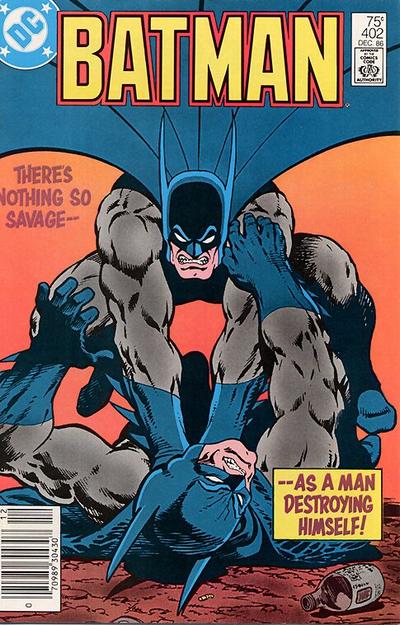 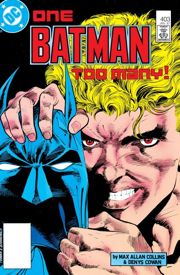 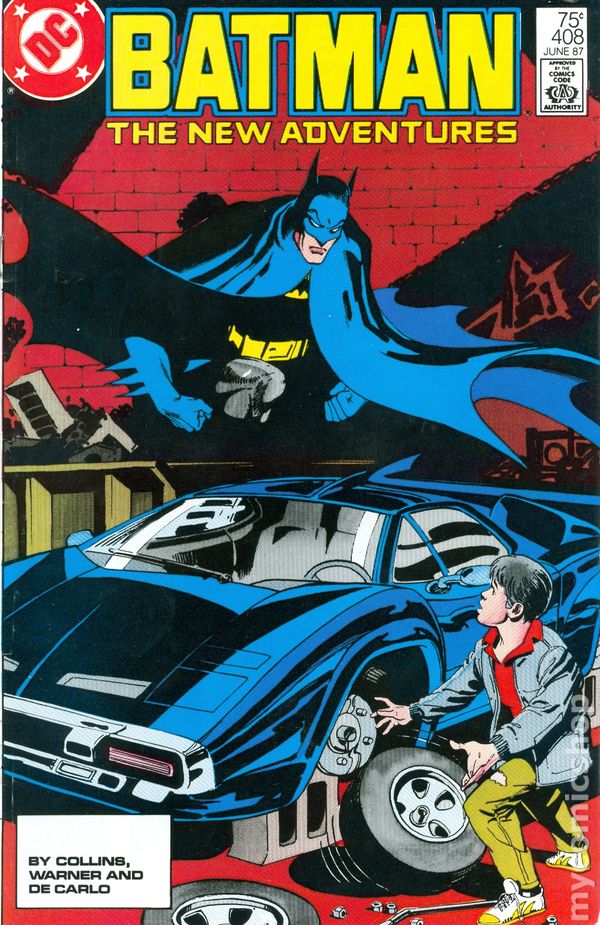 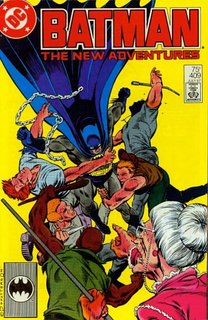 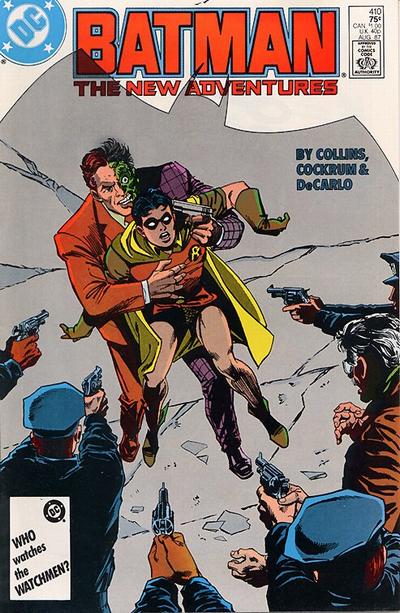 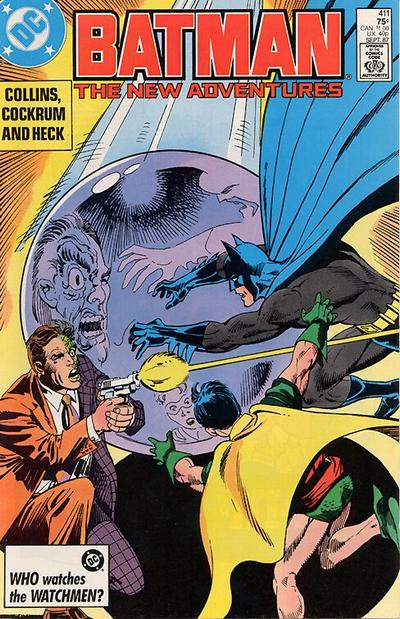 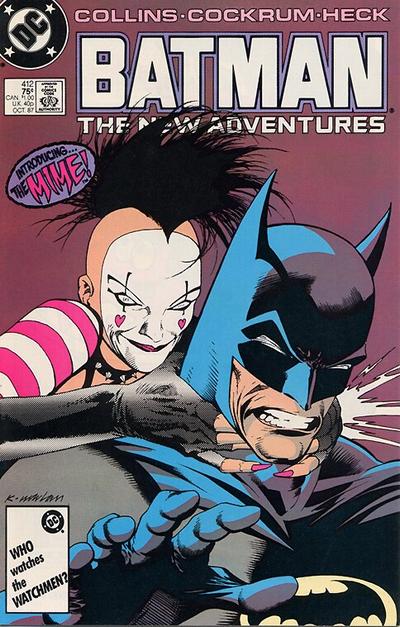 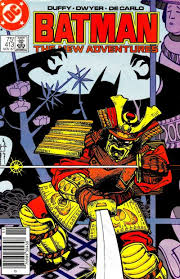 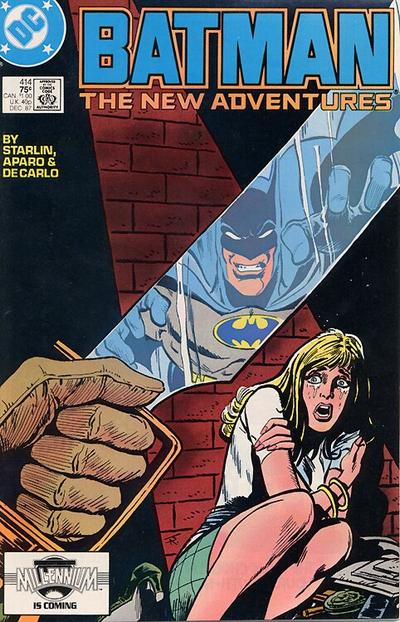 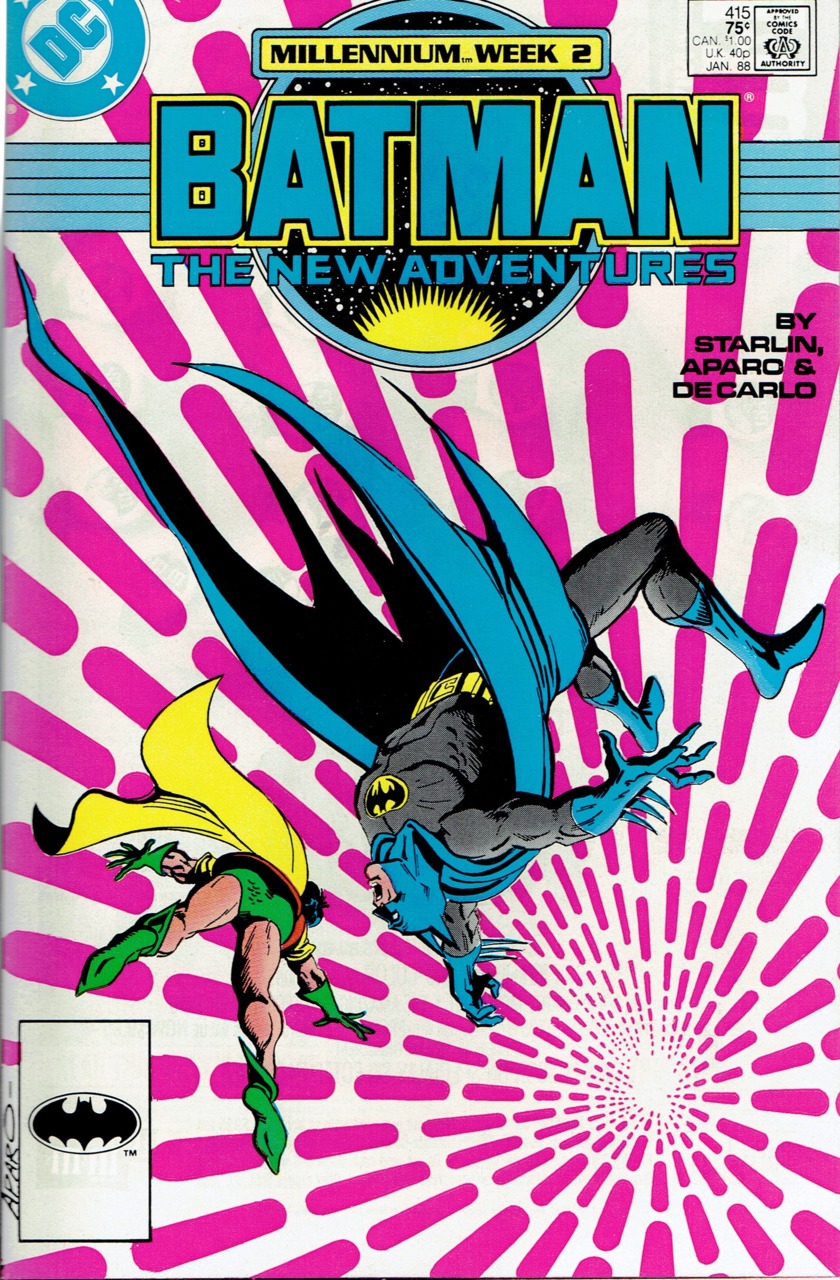 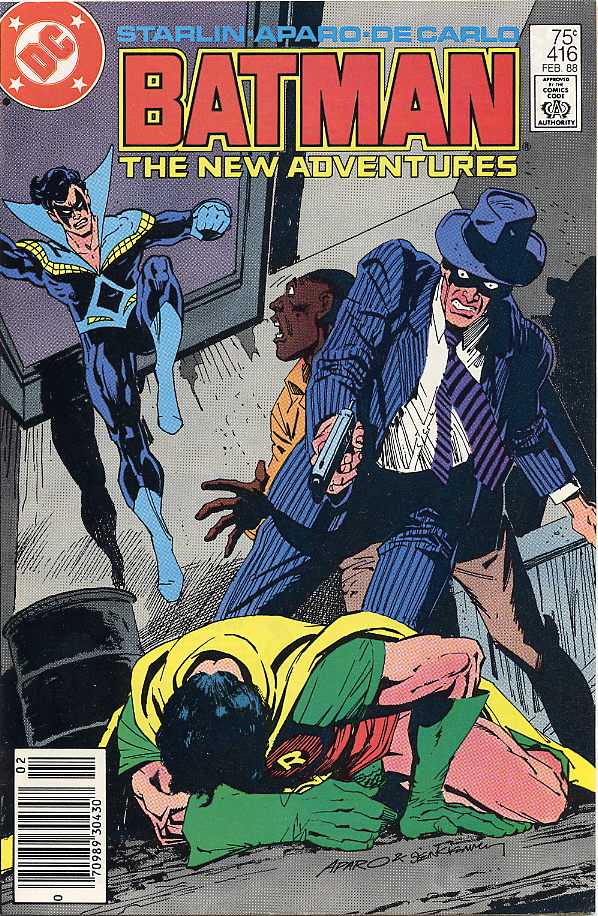 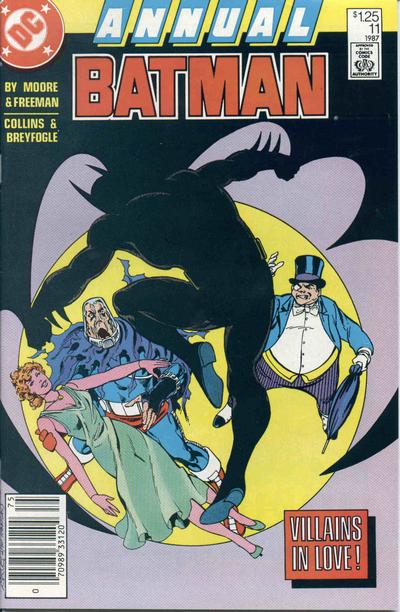 The collection begins with artist Jim Starlin’s Batman, pointy, gravity-defying ears and all, in Batman #402. I am not a fan of Starlin’s art on Batman, but the use of shadow and the pacing of the panels helps serve the story well. Tommy Carma’s story continues in Batman #403, behind Denys Cowan’s pencilling. Bruce Wayne’s relationship with Vicki Vale gives an interesting backdrop to catch readers up on the Tommy Carma backstory and gives perspective on the Bruce/Batman dynamic. Ever more delusional, Carma escapes Arkham and finds… the Bat Cave?! And, steals the Batmobile?! This story seems weak and far fetched in comparison to the other stories contained in this collection.

The main story collected in Batman: Second Chances is the run from Batman #408-416. This story arc traces the rebooted origin of Jason Todd and his journey toward becoming the next Robin. Starting in #408, the the book’s title changes to Batman: The New Adventures, and features the transition between Dick Grayson and Jason Todd in a fairly compelling way. In Batman #408, Chris Warner’s art captures the emotion of this transition in brilliant fashion – with great use of color by Adrienne Roy, and the thin, detailed inks of Mike DeCarlo. However, the transition period between Grayson and Todd seems to come quickly… far too quickly for readers to wrestle with the weight of Bruce’s decision to sideline Grayson – only to pursue Jason Todd “in the weeks that follow,” an unknown and undefined gap. The reader is left to wonder throughout the remaining issues what exactly happened and how things came to be. 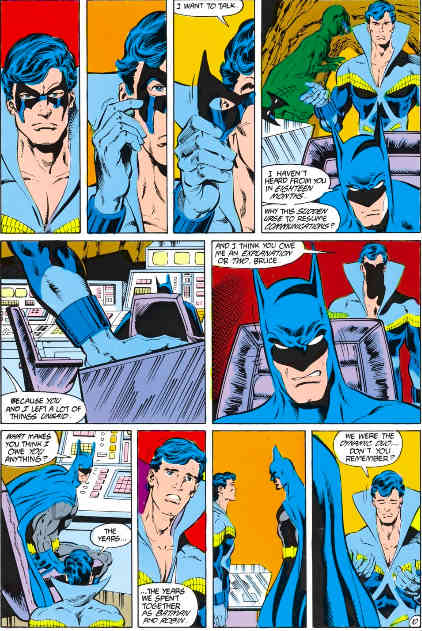 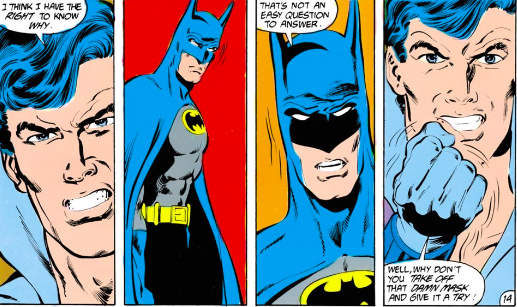 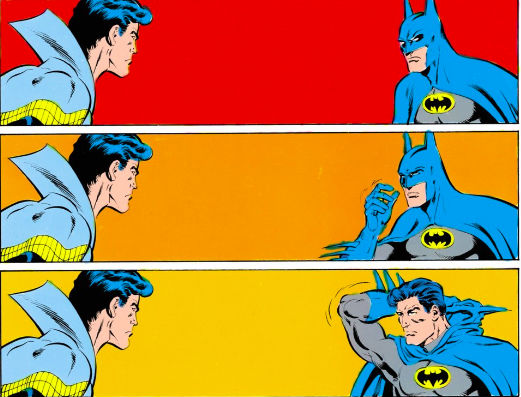 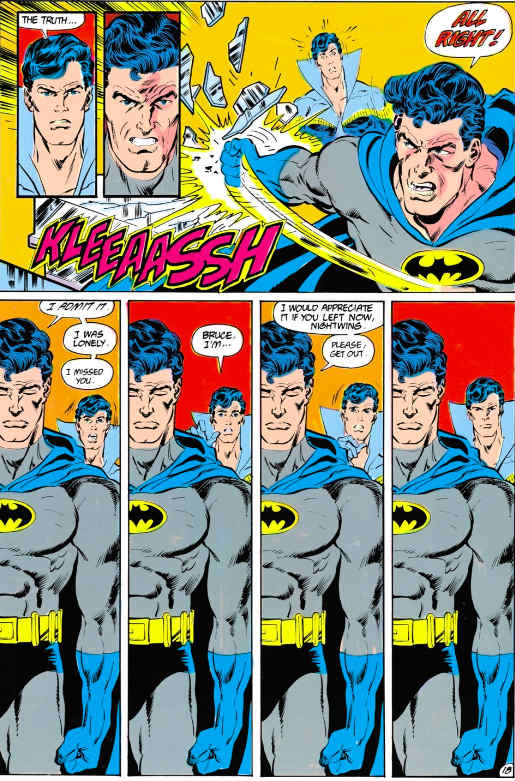 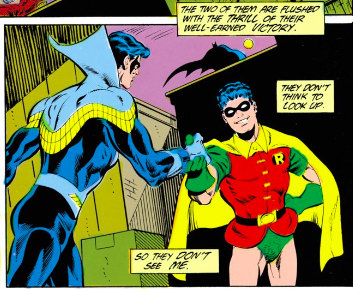 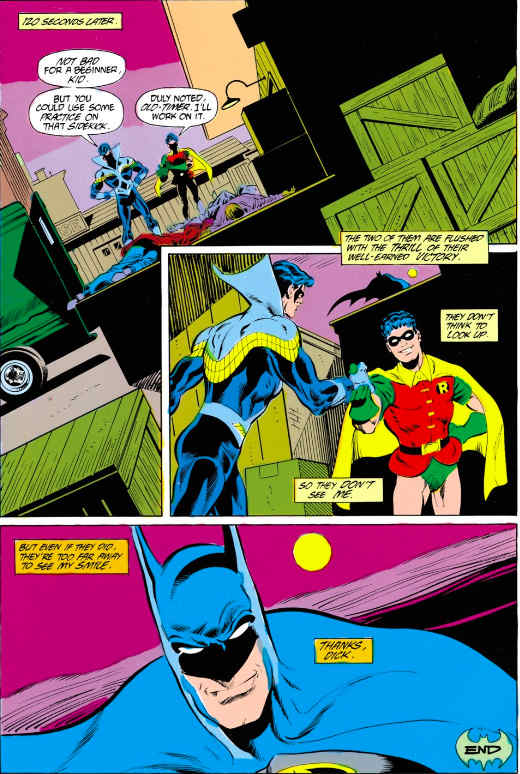 That gap is finally resolved more clearly in issue #416, with an emotional confrontation between Dick Grayson – now Nightwing – and Bruce/Batman. Batman #414-416 pairs Jim Starlin’s writing with Jim Aparo’s art – and for this reviewer, is enough to make Batman: Second Chances a fine collection. Here, Jim Aparo’s art shines through.

Jim Aparo is one of my favorite Batman artists and his work on #414-416 is stunning. For me, Batman #416 claims the top spot as being the best in this collection. The amount of emotion and storytelling he is able to communicate through facial expressions and body language is incredible. Aparo’s art makes Starlin’s writing more palpable and poignant. This portion of the collection takes a darker tone, likely a reaction to earlier criticism of Collins’ run on the title and editorial conflicts (mentioned in our previous article on Collins’ work found here). But, again, this reader’s opinion is the collection of Batman #414-416 alone makes Second Chances purchase-worthy.

In discussing Second Chances, a colleague remarked this work might be viewed differently from our now-removed perspective than it was received in its original context. I think that’s a fair assessment. Batman: Second Chances reconnected me with my first fascination with the interplay between Batman, Robin, and Nightwing as characters. These issues were the first comics purchased for me, and the stories contained in their panels hold special value to me. I picked up the hardcopy for that nostalgic feel of the pages in my hands, but the collection is beautiful in e-versions as well.

I give Batman: Second Chances a solid —