The upcoming Deathstroke Annual #1 is due out in stores this Wednesday, July 29th and continues the tremendously entertaining “God Killer” saga. In this third issue of the saga subtitled, Fifty Shades of Slade, Deathstroke, with the aid of his new weapon, is set to do battle against the Titan God of Mortality, Lapetus, a.k.a. “The Piercer”.

After previously, and unwittingly, releasing Lapetus’ life force from his exiled prison inside a stone statue instead of killing him (Deathstroke issue #7), Deathstroke must now figure out how to stop him. While that may seem a lofty task for other mortal men, it’s obvious that Slade’s ego disagrees for himself. And now that he possesses the newly acquired “God Killer” sword and an uncharacteristic partnership with Wonder Woman, who seems ready to fight by his side to save her people, it’s only a matter time before the fireworks begin to fly. And based on the teaser cover art, it also looks like Superman will be stopping by to have his say in the matter as well.

If you’re a hardcore “battle and action” comic reader looking for excitement, look no further. The Deathstroke “God Killer” storyline and artwork are superb and awaiting your reading pleasure. 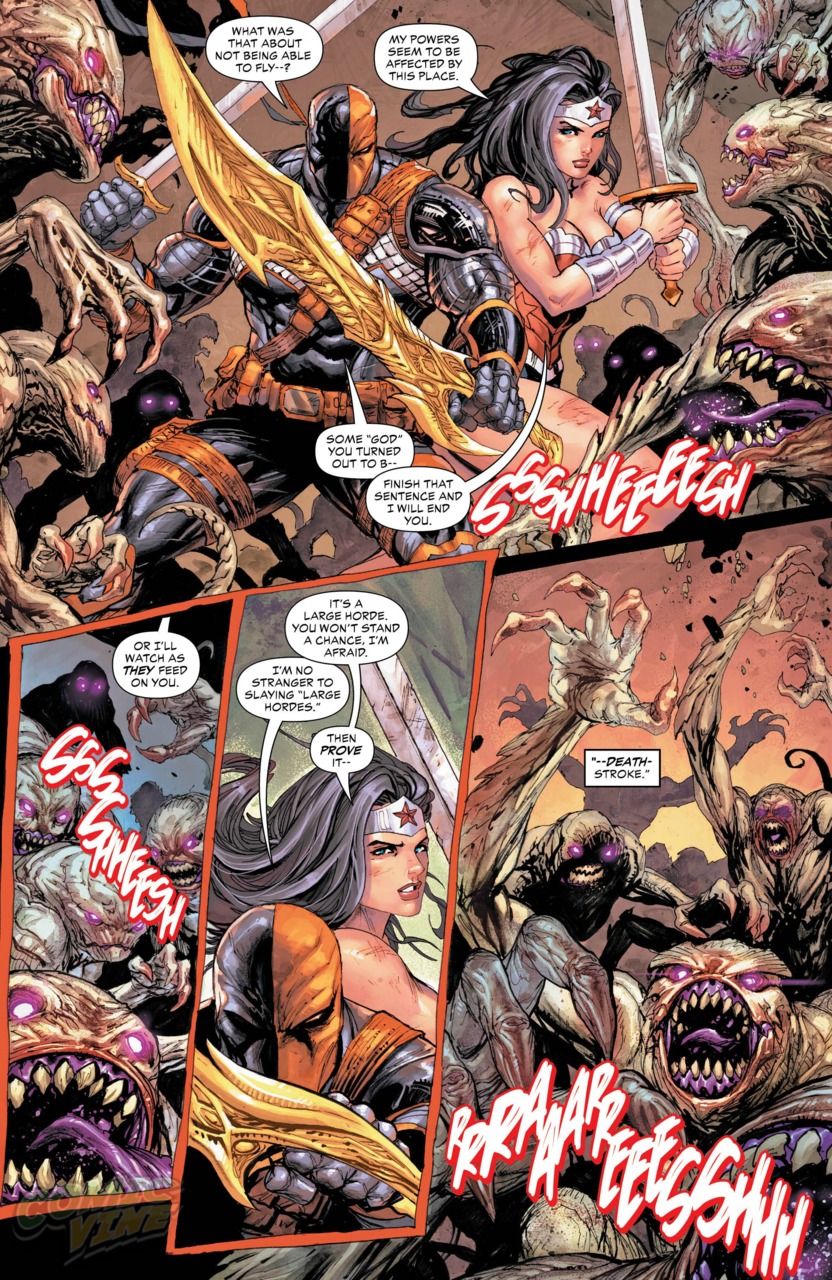 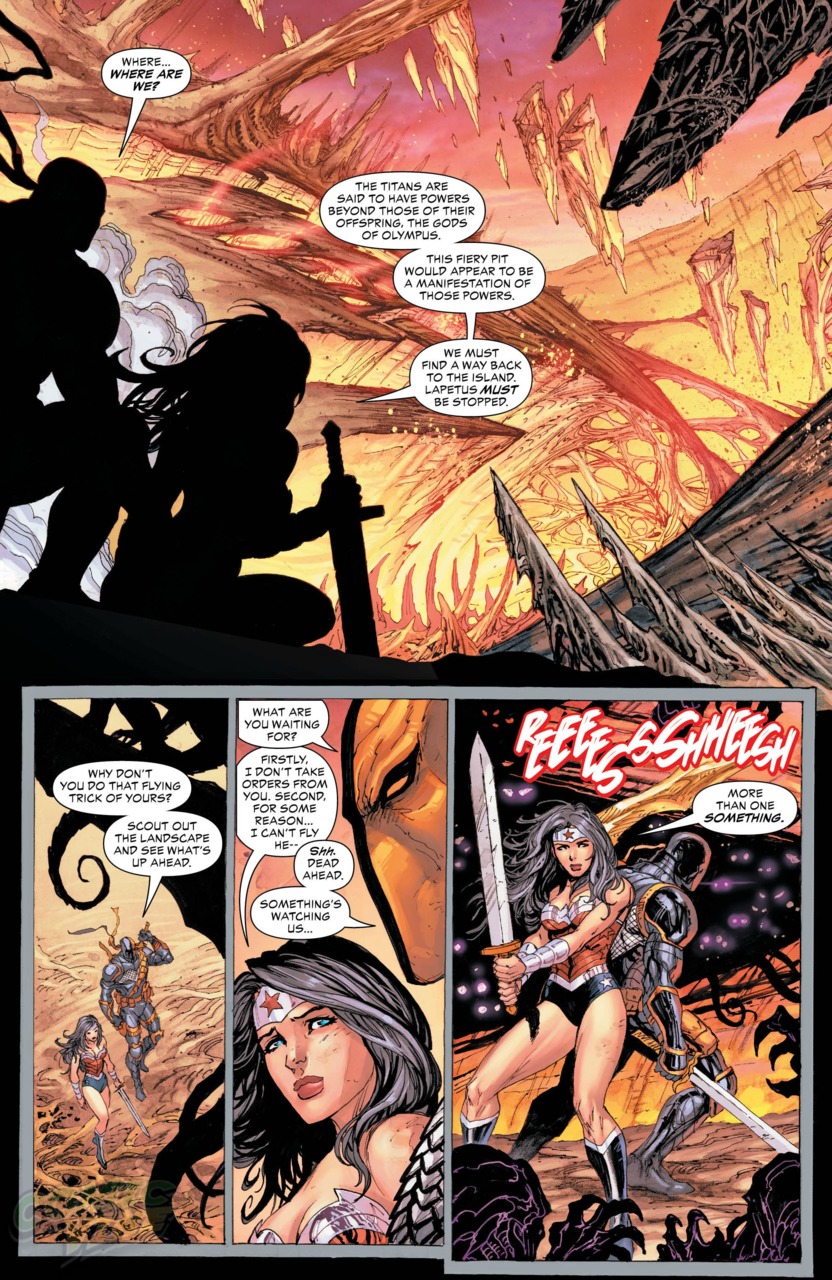 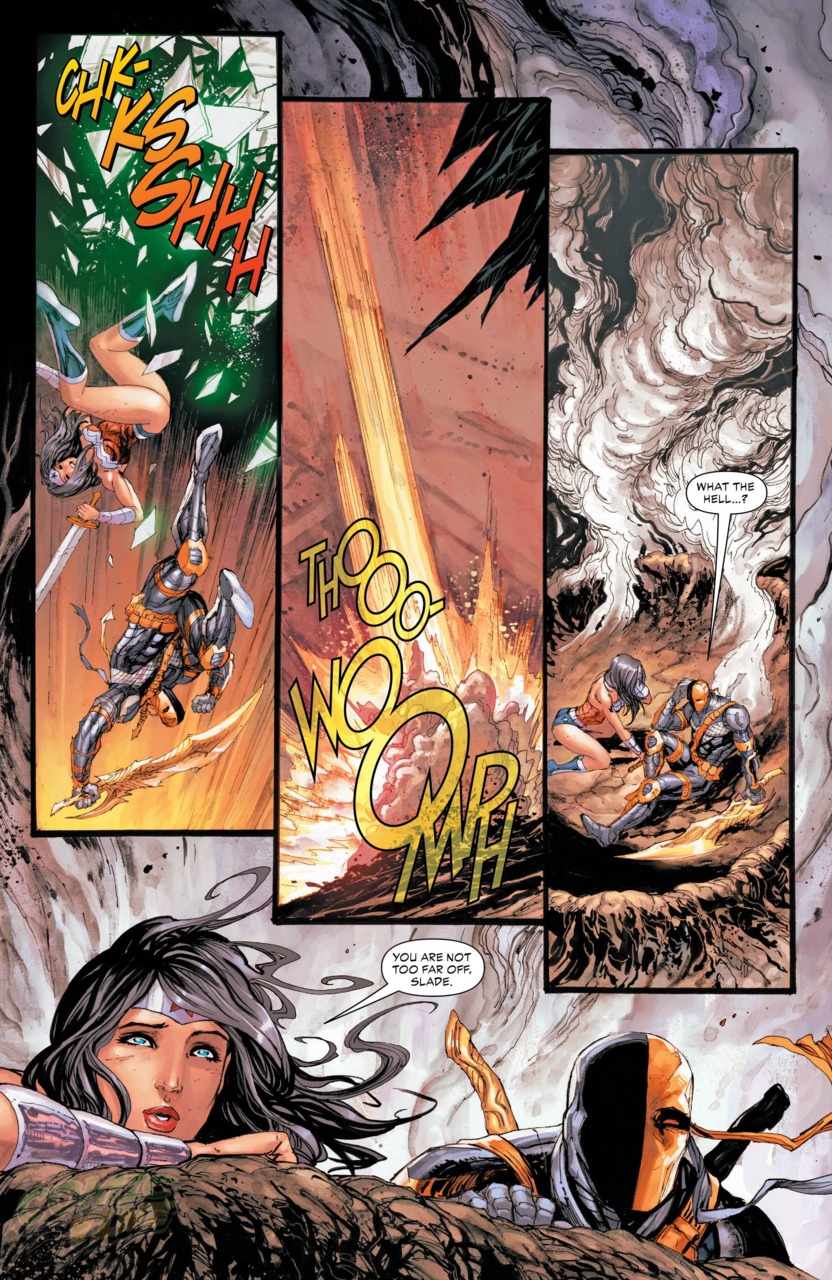 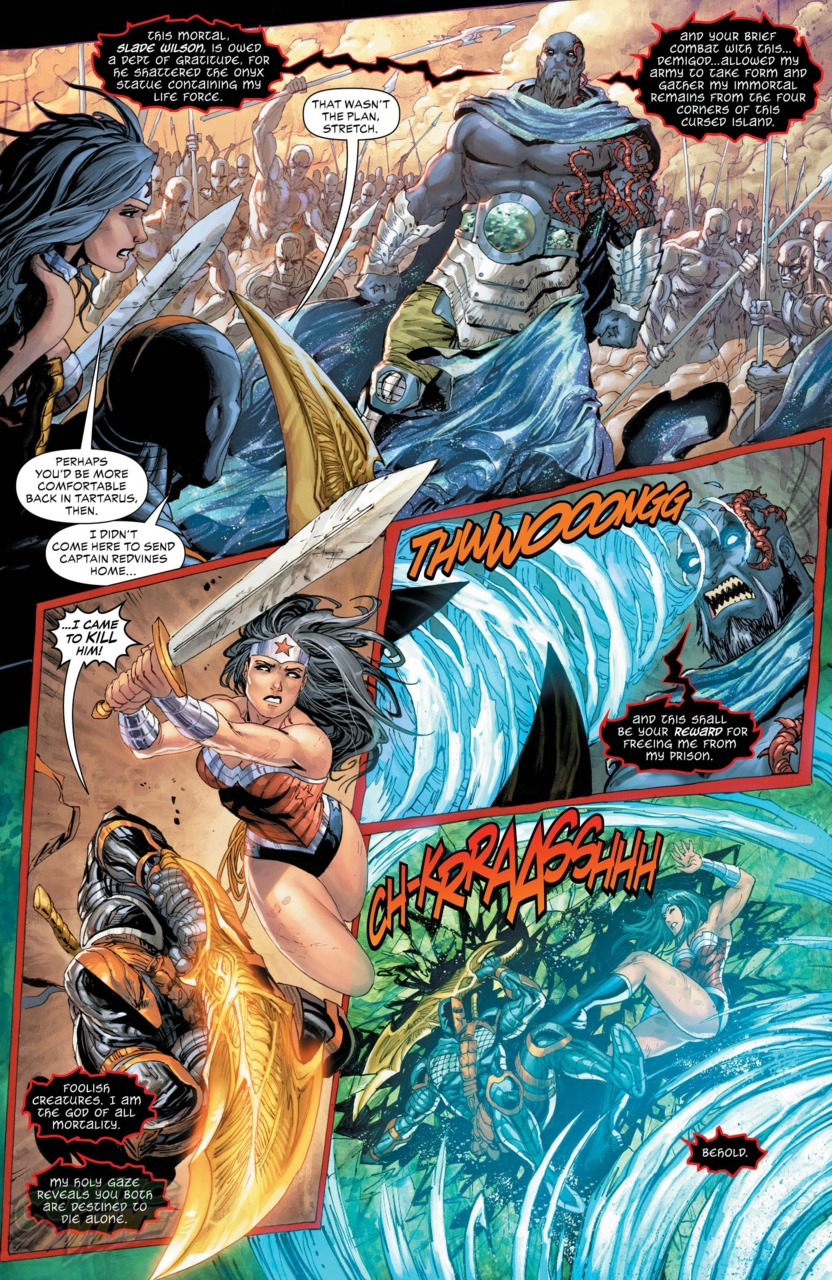 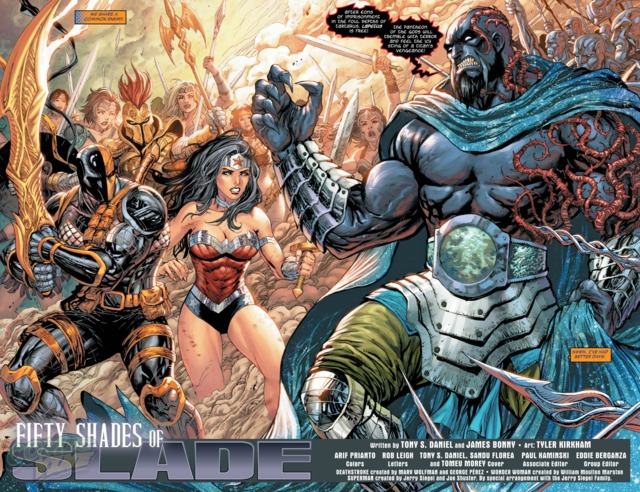 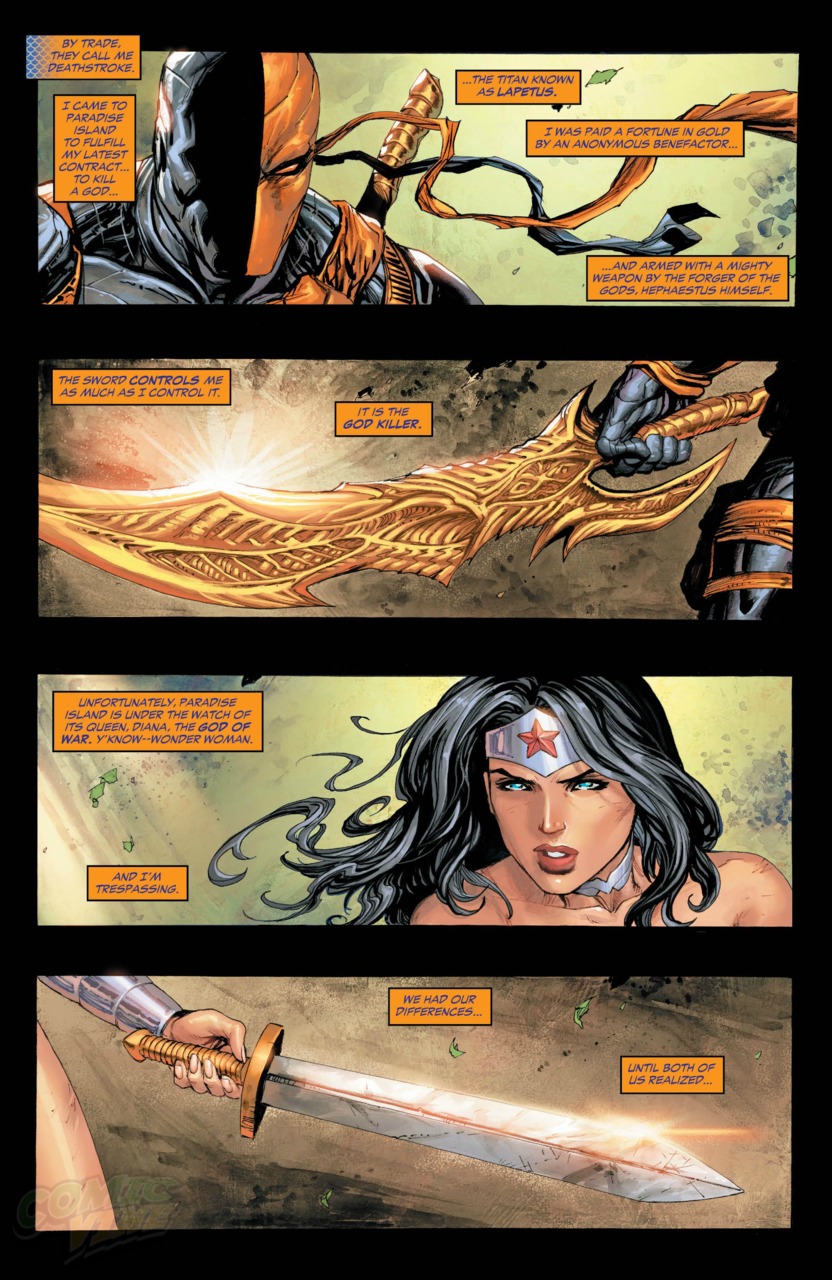 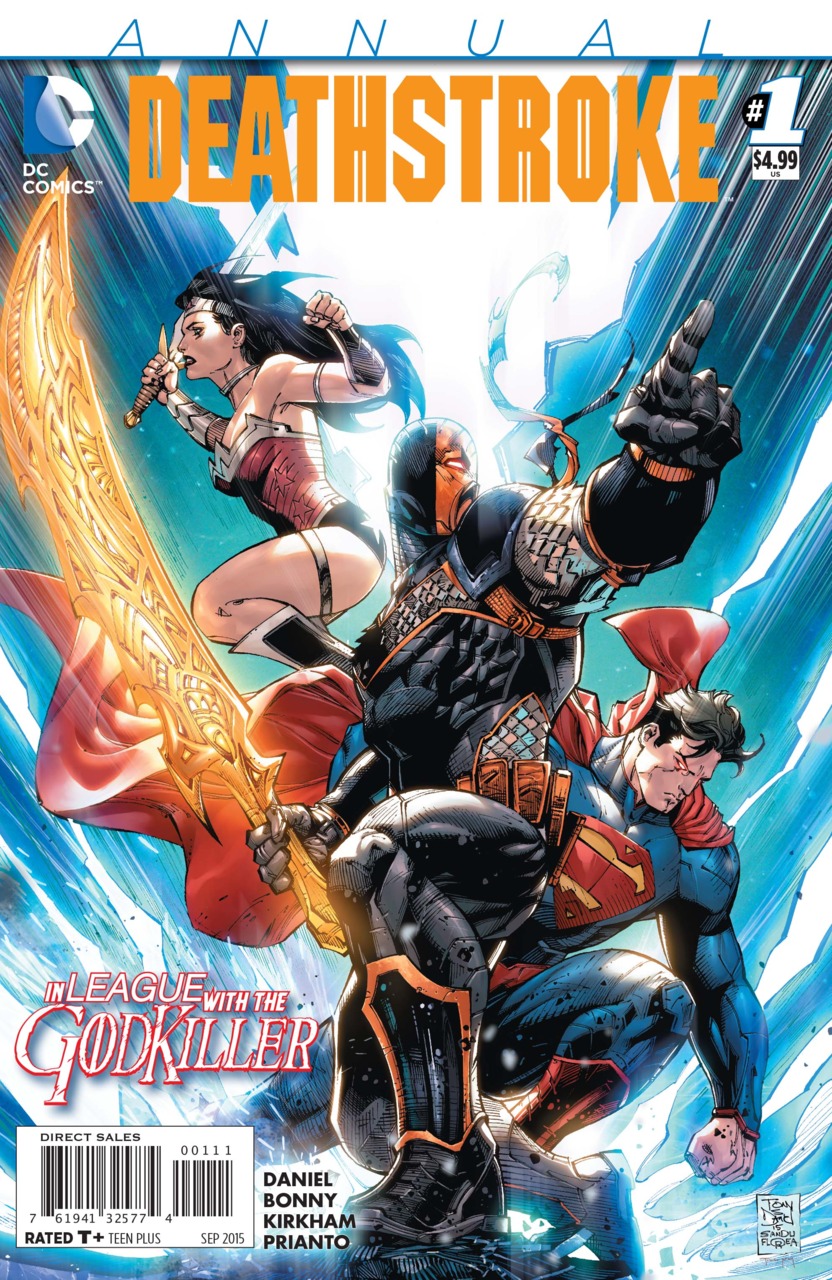