Those of you, like myself, who didn’t empty your bank account on the complete series set of Batman: The Television Series and have instead opted to collect individual sets will be happy to know the next set has a release date. Batman: The Television Series Season 2 Part Two will arrive on DVD on July 14. Get ready as Batman (Adam West) and Robin (Burt Ward) go head to head with villains like Catwoman, Mr. Freeze, and Black Widow. It’s also worth noting that this set contains the legendary crossover with the Green Hornet. Featuring 30 episodes on 4 Discs, this is a set none of us should pass up the chance to own.

Here’s a look at the front and back covers. 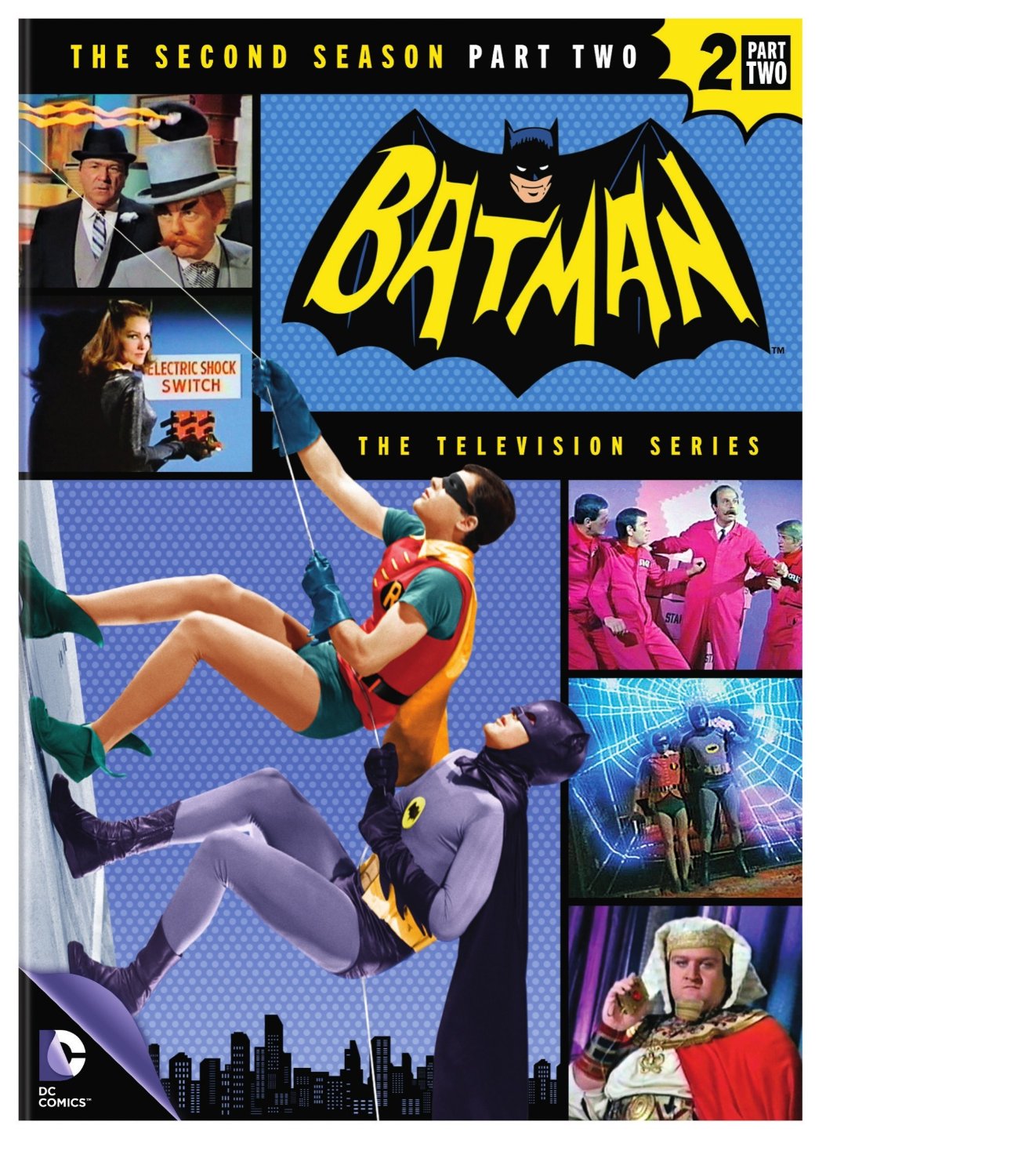 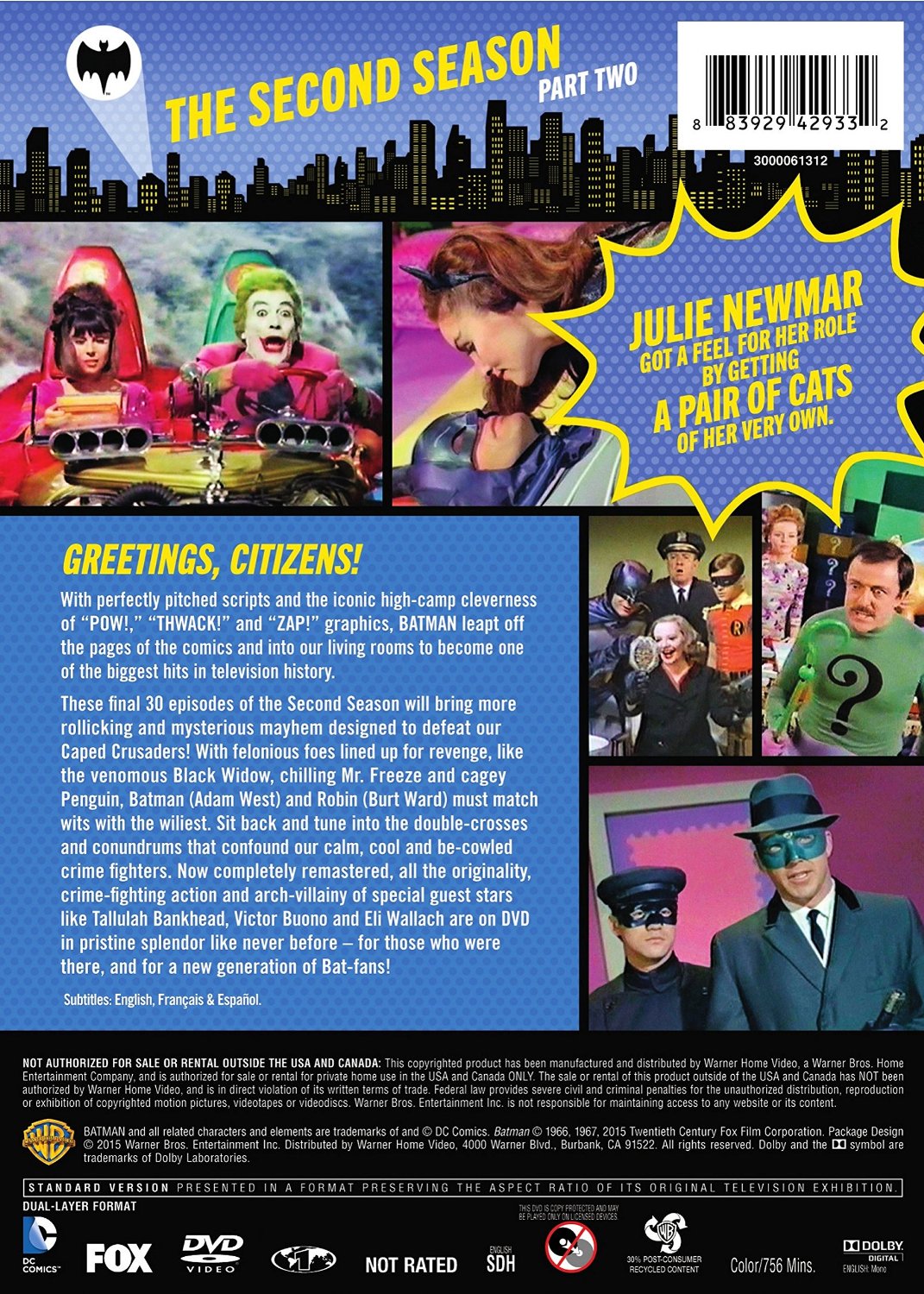