Eric Kripke has brought some fine fiction to the small screen in the form of shows like Supernatural and Revolution. Now he seeks to conquer the medium of comic books. This fall, Vertigo will publish his first four color endeavor, Amped.

In the Fall of 2015, AMPED will be released as a six-issue monthly comic book miniseries. The story will follow Josh Jaffe, a neurotic family man who buys an online ‘smart pill’ to increase his focus and jolt him out of his slump, but he gets much more than he bargained for. To his surprise, the pill gives him incredible strength and power. The story examines both the mighty highs and humiliating lows of being a real-life super hero.

“Pretty much everything I’ve ever written has been insanely influenced by Vertigo, so it’s a dream come true to write my first comic there,” said creator and writer Eric Kripke. “AMPED is a project I’m foaming-at-the-mouth passionate about– and it’s also the most personal, warts-and-all story I’ve ever told.  So I’m having the time of my life writing the comic– and basing the TV series off the comic, too. I can’t wait for readers to read it– and then down the road, for watchers to watch it.”

Interior art will be provided by John Higgins (Hellblazer, Before Watchmen) with covers by Brian Bolland (Batman: The Killing Joke, The Invisibles).

In addition to what you have just read, you should be even more excited to know that an adaptation is in the works over at the USA Network. Variety has the full story.

Amped promo art can be viewed below. 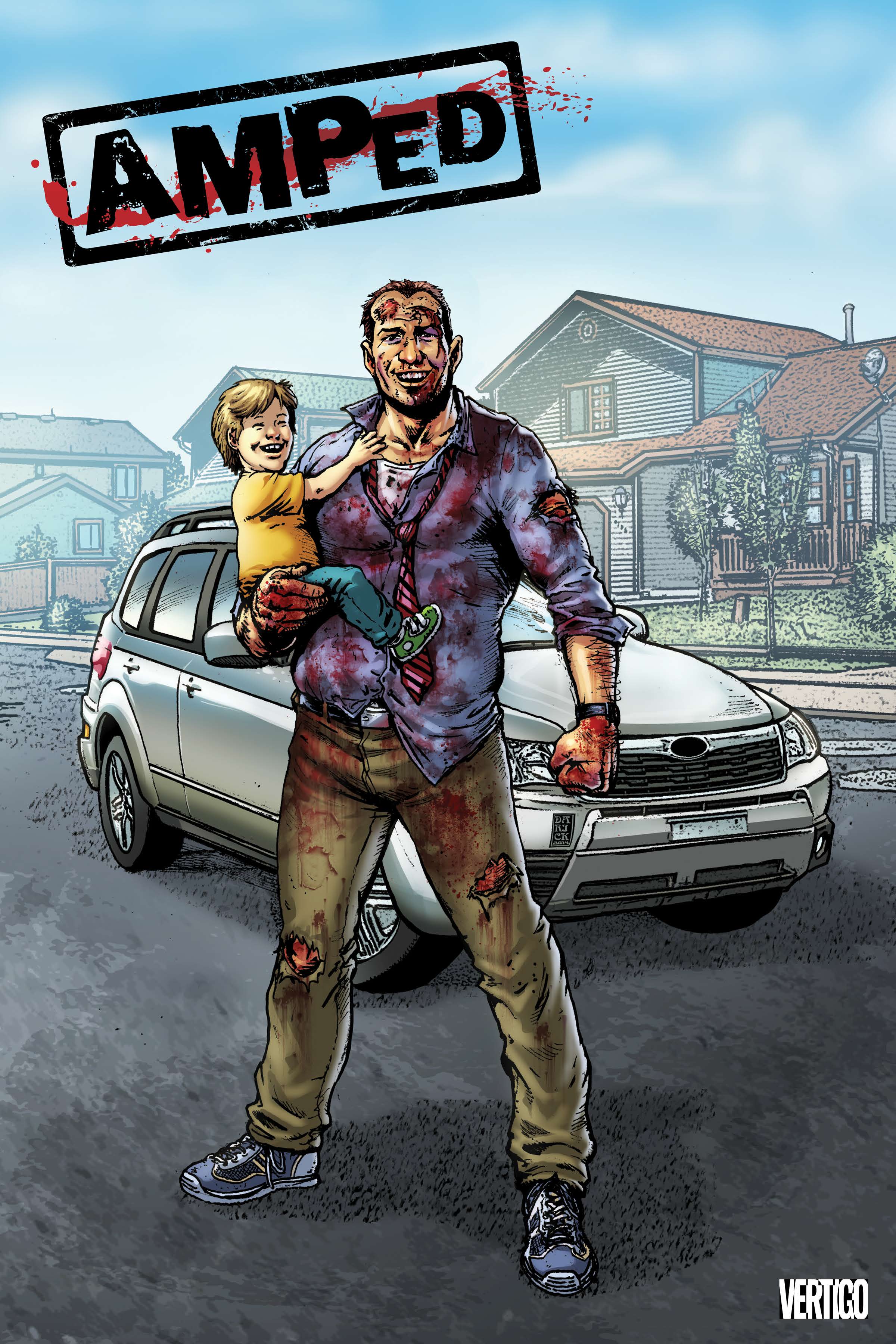