Surprisingly, I wasn’t the least bit offended by the trailer for the new animated Batman geared towards children, Batman Unlimited: Animal Instincts. Sure, the style of the movie is obviously much lighter and flashier than anything we’ve seen in a long time, but Batman is still his stoic self, so I’m satisfied for the time being. Yes, I actually think it looks decent.

If you haven’t realized it by now, let me shatter your innocence. Better me than someone who’s out to hurt you. Animated superhero shows are produced for the sole purpose of selling toys. As soulless as it may seem, that is the reason behind our new incarnation of the Bats. Yes, that’s why there are multiple villains, superheroes, vehicles, and Batsuits. Oh yeah, also the robot animals.

Well, we’re getting our first glimpse at the toys coming from this new flick, by Mattel.

First up, we have a very… bright Batmobile that looks nothing like the one featured in the trailer. I have to admit. Aside from the colors, this design isn’t bad. 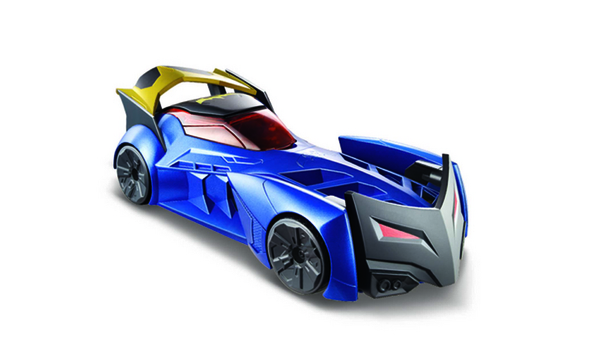 Apparently, this Batmobile will have a spring-loaded claw in the front. I don’t know why. Because it’s the Batmobile?

Second, we have CybeRex. No, that’s not a typo. They did in fact use the same ‘r’ for the end of ‘Cyber’ and the beginning of ‘Rex’. I think I’m getting too old if that’s considered cool. This dinosaur is pretty awesome… if it wasn’t a Batman toy. 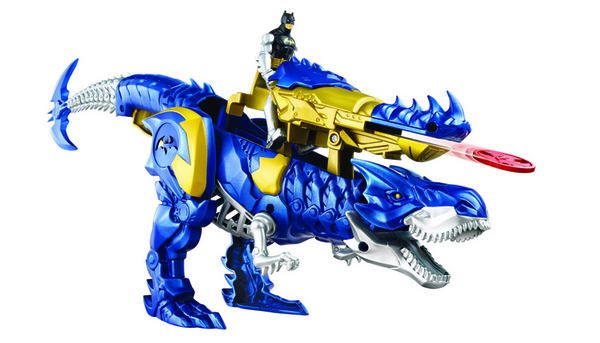 Your eyes are not deceiving you. This version of Megatron does in fact launch discs.

And lastly, we’ve got what looks to be the Bat-Manta Ray? No, I don’t know what it’s called because there’s no description for it. 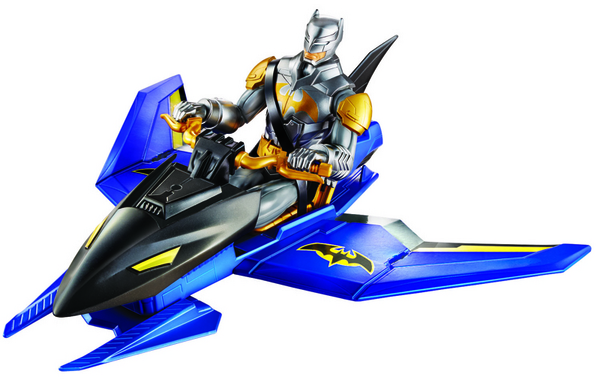 Either way, check out the marketing material for these toys, Batman Unlimited: Animal Instincts, out on home media on May 12.