If you wanted The New 52 to come to an end, you’re getting your wish, only it’s not quite what you’re expecting. Starting on June 3, DC will launch 24 brand new series that will start at issue #1 with 25 ongoings returning, many with new creators on board. However, it doesn’t seem like they are scrapping New 52 continuity proper; you just won’t see “The New 52!” on the cover of your books this summer. I won’t rule out SOME characters getting a continuity cleanup or fresh start after Convergence, but those looking for another universe-wide reboot won’t get their wish.

Your first glimpse at the new story arcs for DC’s top dogs will come on May 2, Free Comic Book Day, in the form of Divergence. DC says this book will feature “three 8-page previews for the June releases of Scott Snyder and Greg Capullo’s BATMAN, as well as Geoff Johns and Jason Fabok’s launch of the Darkseid War within JUSTICE LEAGUE featuring the biggest villains in the DCU – Darkseid and the Anti-Monitor, and Gene Luen Yang’s DC Comics debut with celebrated artist John Romita, Jr on SUPERMAN.”

DC claims they are going with a “back to basics” approach with core characters like Batman, Superman, and Wonder Woman. Black Canary, Bizarro, Cyborg, and Starfire will apparently be reinvented and will be of the many getting their own series. One new series that should excite fans is Robin, Son of Batman (pictured below).

“This heralds in a new era for the DC Universe which will allow us to publish something for everyone, be more expansive and modern in our approach and tell stories that better reflect the society around us,” said DC Entertainment Co-Publisher Dan DiDio.  “Whether you’ve been a DC fan your whole life, or whether you are new to comics – there will be a book for you beginning in June.”

Co-publisher Jim Lee adds: “More than ever before, DC Comics fans are being exposed to our rich portfolio of characters through multiple sources, including an unprecedented number of highly successful TV shows, video games and upcoming major motion pictures. We are looking to extend that experience within publishing to ensure there is a comic book for everyone.  For example, fans of the ARROW television show may want more stories about BLACK CANARY. Now they can find modern, fresh takes on the character in the pages of her standalone series both in stores and digitally.”

Here’s the full list of new titles coming in June:

Here are the returning titles: 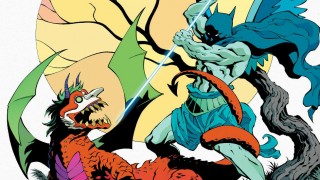 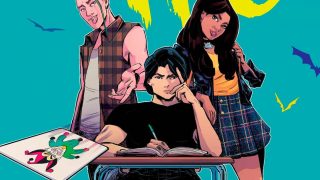