The Rock in BvS? KNOW YOUR ROLE! 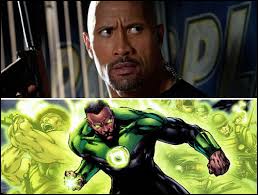 For those of us excited (or outraged) at the thought of Dwayne “The Rock” Johnson joining the DC Universe, the Brahma Bull has three words for you: “KNOW YOUR ROLE!” 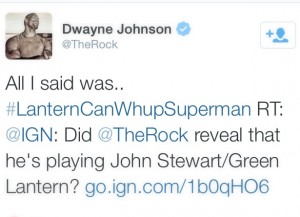 The rumor originated last year, when Johnson said he was partnering with Warner Bros. and DC Comics in 2014. What’s their ONLY project filming in 2014? You guessed it, Batman vs. Superman (aka Man of Steel 2 aka Justice League aka who knows). Not only is he rumored to be in the movie, but there’s speculation that he will be taking over Ryan Reynolds’ tights as the Green Lantern.

Johnson’s tweet doesn’t debunk the rumor, but it certainly doesn’t support it either. This movie has continually surprised us with casting announcements since the day it was announced. Therefore, I don’t think we should believe ANYTHING until a formal announcement is made by Warner Bros., Zack Snyder or Ben Affleck. 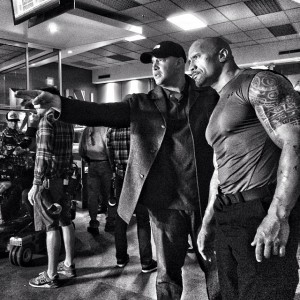 This is the picture Johnson tweeted on Instagram back in November, writing a caption that ended with the hashtag #JohnStewartCanStillWhupSupermansAss. THAT’S what got all of this started.

Oh I didn’t say I wouldn’t want him in the movie, you think I’m crazy?! I don’t want him to lay the smackdown on my candyass with a rock bottom, followed by a people’s elbow!

That’s three wrestling terms in one sentence, if you smell what I’m cookin’.