Today Comic Book Resources spoke with the brains behind the fantastic DC Universe animated films that are produced by WB Animation. Several key details were made known, but first producer James Tucker lets us know the  format to expect over the next few years:

“This will definitely be the first salvo in doing new movies that are in continuity with each other. Our next movie’s going to be ‘Son of Batman,’ and that Batman will be the same Batman that you see in ‘Justice League: War.’ Basically, we’ll have two concurrent series of Justice League movies and Batman movies, and they’ll be in continuity with each other. So it’s kind of world-building.”

WB puts out three original animated films based on DC properties per year, so that accounts for two-thirds of the slate. Each of these Justice League and Batman films will essentially be “The New 52” of a unified DC Animated Universe.

“Wait. What about the third film?”

The third film released annually in the line will be a one-shot of sorts that ties into another property or exists within its own universe. This year it will be Batman: Assault on Arkham, which ties into the video games and will be directed by Jay Oliva (Batman: The Dark Knight Returns, Justice League: The Flashpoint Paradox).  In upcoming years the creators are really hoping to do a film based on Batman: Gotham by Gaslight or Superman: Red Son. Just keep in mind that doesn’t guarantee those films.  WB still has to write the checks and give the green light. 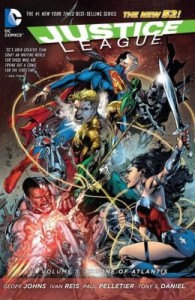 As we continue to look toward the future, I think it’s important to bring up the Aquaman animated film that has been confirmed to be in the works. With this year’s slate already established, I’ve long theorized that it will arrive first quarter 2015. With today’s announcement, I’m really convinced that it won’t be a solo film, but an Aquaman anchored Justice League movie.  WB may not have the confidence in the character to approve a solo outing and the producers have said recently that they will use upcoming films as vehicles to spotlight characters beyond Superman, Batman, and Wonder Woman. Much like Flash carried Justice League: The Flashpoint Paradox, I expect Aquaman to do the same. Want to know what I think the best bet is? An adaptation of Justice League: Throne of Atlantis seems the most logical.

When it comes to next year’s solo “New 52” Batman animated film, I wouldn’t be surprised to see them mine Grant Morrison’s material yet again. He did spend seven years writing the character, after all. Come on, wouldn’t a Dick Grayson Batman movie be awesome? I wouldn’t rule out tapping the “Scott Snyder well” either. 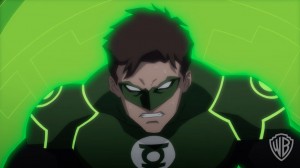 BvS Being Rebranded, Christopher Nolan Not Currently on the Crew List