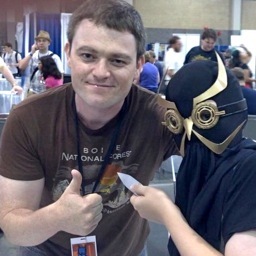 I think it’s safe to assume that everyone reading Scott Snyder’s Batman run “Zero Year” has been blown away. He’s telling a fresh story on a character about to turn 75 and hasn’t done anything we’ve seen before. Snyder (and artist Greg Capullo) often take to Twitter to address fans, show appreciation and even give us a few sneak peeks every now and then. Therefore, we shouldn’t be surprised that he has gone to social media, again, to let us know what to expect in a couple months.

…the current Batman #28 (the finale of Zero Year – Dark City) will now be Batman #29. And a new Batman #28 will come out in its place by me, James Tynion and Dustin Nguyen – a special thank you issue that takes place six months in the future from the present continuity of the DCU, and gives you all sorts of peeks into the craziness planned for 2014.

So taking a month off from “Zero Year”, I can forgive him. Come to think of it, who wouldn’t? Sure, we don’t WANT to take a month off because the story is SO good, but it’s not like he won’t be delivering something fresh that month. This look into the future is exciting, and will leave us with a “how do we get THERE from HERE” when Batman #29 comes out the following month. If anyone is doubting this move, when did Snyder ever let you down? I think that should be enough to know we’re in good hands. I mean seriously, look at these guys.

To read his whole letter to us fans, click HERE.