In a recent interview, former Detective Comics penciler, Jason Fabok, discusses the upcoming Batman: Eternal, his artwork/working process, and the Batsgiving teaser artwork for the weekly series.
According to Fabok, he had an opportunity to stay on Detective or take the first arc on Eternal. The lure of working with writers Scott Snyder, James Tynion, John Layman, Tim Seeley and Ray Fawkes was the big appeal of the project. As well as being the first artist on a new Batman series.
Fabok works primarily in digital, using his previous knowledge of 3D animation to help him created sets and vehicles quickly. Still, Fabok recommends to all artists to master traditional methods before going fully digital. In discussing how he broke into the industry, Fabok acknowledges his mentor, David Finch (Forever Evil) as being instrumental in helping him grow and getting him his first job (a fill-in on Superman/Batman #70-71).
In terms of the much discussed and painstakingly analyzed Batsgiving teaser, Jason gave away very little. When asked about the piece, Jason said “Everyone is talking about the blond guy sitting next to Tim. Is he a blond Dick Grayson, or is he someone totally new that you will have no chance of even guessing? Who’s the woman at the table beside Alfred? What’s with the bones on the ground? Oh, so many teases in this image. Some are right in front of people’s faces but they just haven’t put two and two together! I love it!”
we’ve unfortunately seen the last of Jason’s Detective Comics run. Last months issue was his last as the series regular penciler. In the meantime, his art will grace the covers for the upcoming Gothtopia storyline running through the fringe Bat-family titles in January. Batman: Eternal is set to launch in April as a weekly series as part of Batman’s 75th Anniversary. 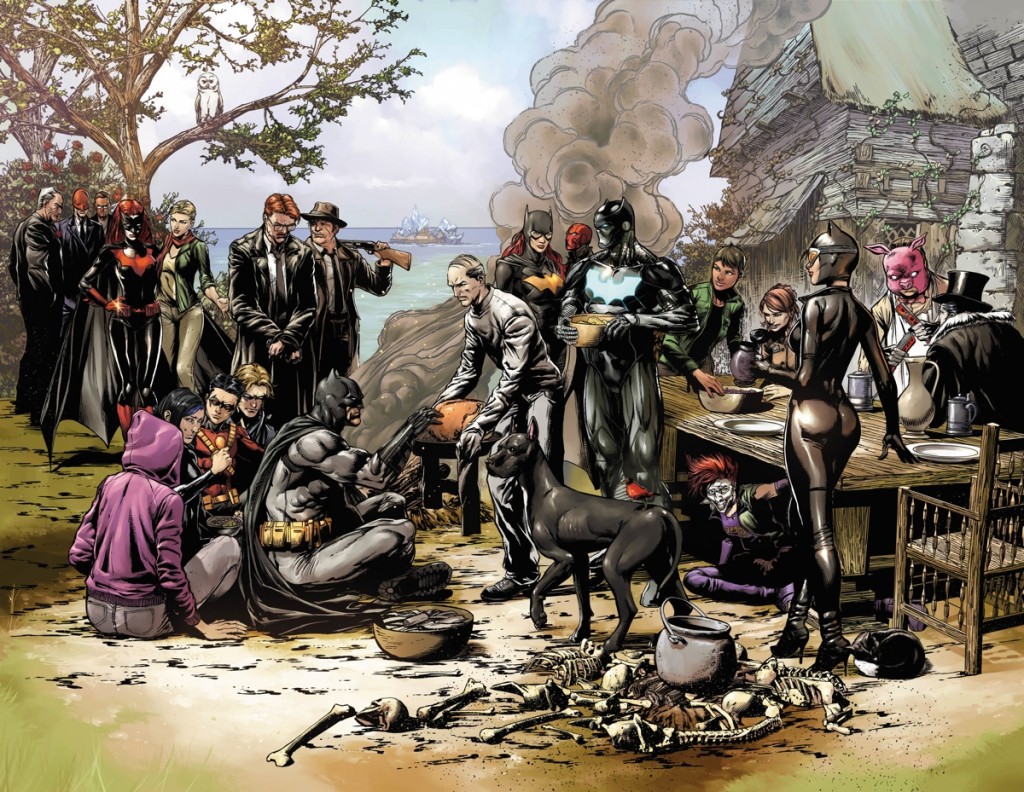