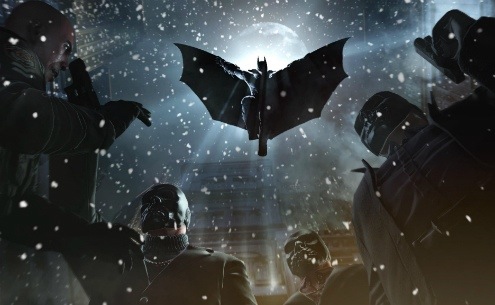 In a new interview with Eric Holmes, Creative Director for Batman: Arkham Origins, he explains that it will be a learning experience for Batman. Click the jump to see more.

It’s been emphasized over and over again that Batman: Arkham Origins will be within the first couple years into Bruce Wayne’s crimefighting career. Though, WB Montreal have continuously explained that he’s not quite the seasoned veteran as he is the in Arkham Asylum or Arkham City, I never quite got understood the implications of that.

In a recently posted interview with Eric Holmes, Creative Director for Batman: Arkham Origins, he gives further details to what exactly that means. Being that this game will feature the rise of supervillains in Gotham City, Holmes explained that during Batman’s first two years, he’s grown arrogant from fighting the mafia who poses no threat to the Bats. Now, Batman is tested for the first time and apparently, he will be making mistakes. Of course, not in gameplay, but in the storyline and cut scenes. According to Holmes, Batman will “try something and he’ll screw it up. But when he screws it up, he screws it up in a cool way.” He then proceeds to explain that Batman chokes someone out during an intense interrogation scene. In another interrogation, Batman learns to hold back. He teased at various other ways that Bats will screw up. He assures fans that we won’t see a clumsy Batman, just an inexperienced one that learns from his mistakes, saying “he’s not tripping over his gadgets, trying to use a gadget and dropping it on the floor. He’s not firing his grappling gun and it explodes.”

It’s  hard to imagine Batman ever making a mistake, but clearly he’s capable of them, the most relevant reference being Batman: Year One. It seems Bats’ character and his development is really important to them, as they to emphasize as many dimensions of their version of the Bats as possible, and it’s admirable. And I really look forward to it.

They also slightly touched upon the inclusion of the 1966 Adam West Skin, defending it in a way where it will kick-ass. Personally, I’ve only ever seen utter joy and excitement upon it’s reveal.

What do you think? Should Batman be making mistakes? Let me know.