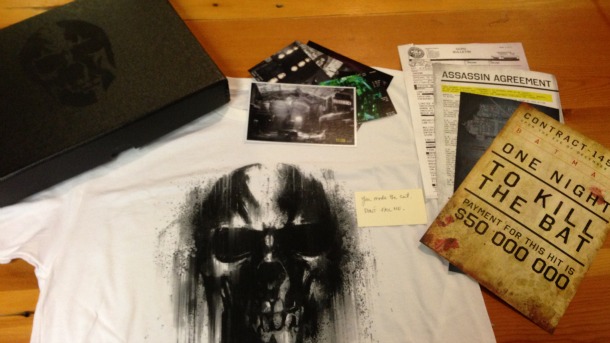 Images have surfaced online of the contents of a media promo kit for Batman: Arkham Origins.

With Batman: Arkham Origins set for release for October 25th of this year, it’s time we start consuming all that WB is willing to dish out to promote this highly anticipated game. The trailer and gameplay footage from E3 have already done the job for them, but I suppose WB is willing to shell out the extra goodies to ensure that this game is bought, because it looks like GameInformer got a little promo kit full of cool stuff.

The most interesting paraphernalia includes a Black Mask t-shirt and prints of a  bounty poster, the assassination contract by Black Mask, a note presumably written by Black Mask, a GCPD bulletin about Batman signed by Commissioner Loeb, a map of Gotham featuring details of a plan scrawled all over it, and some badass security cam screencaps of Bats himself. The rest of it just seems like prints of shots from the trailers. 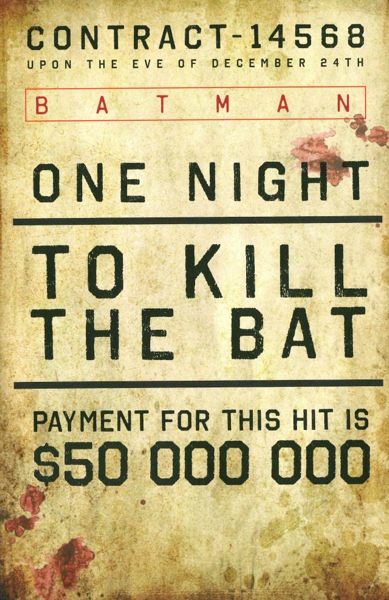 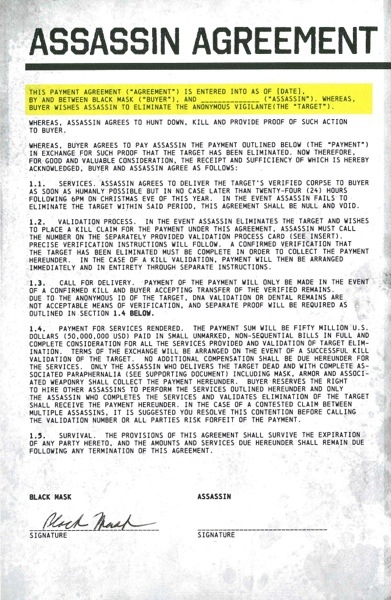 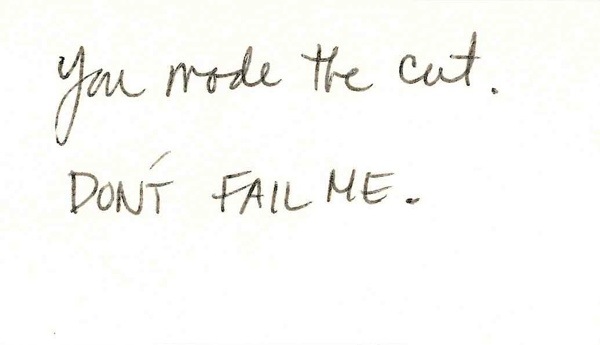 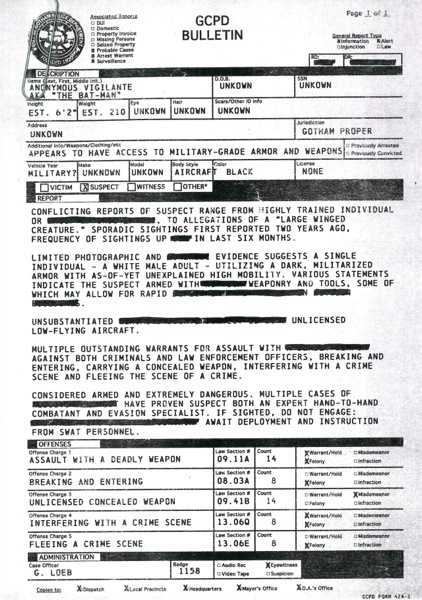 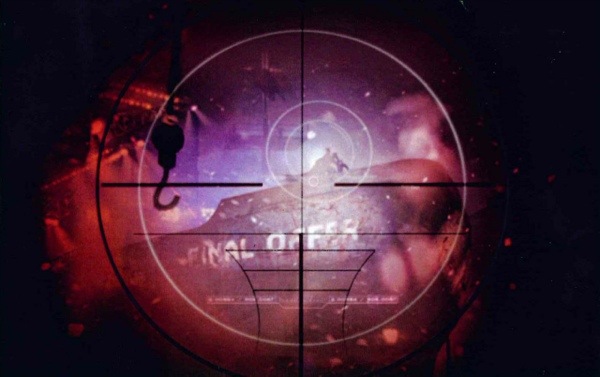 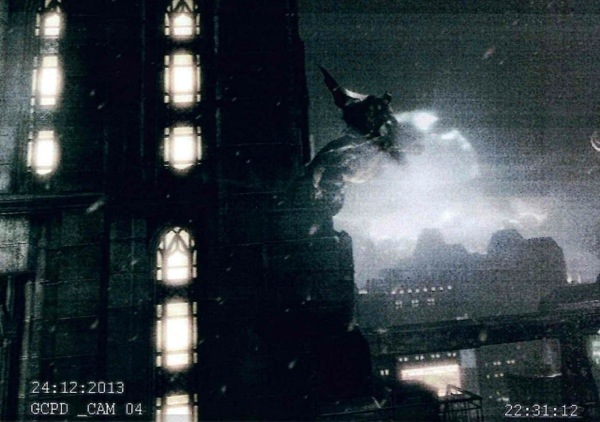 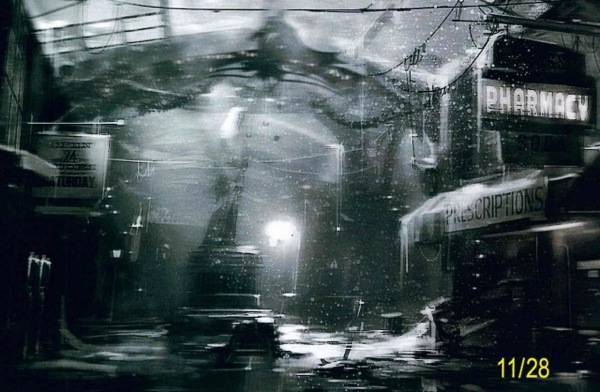 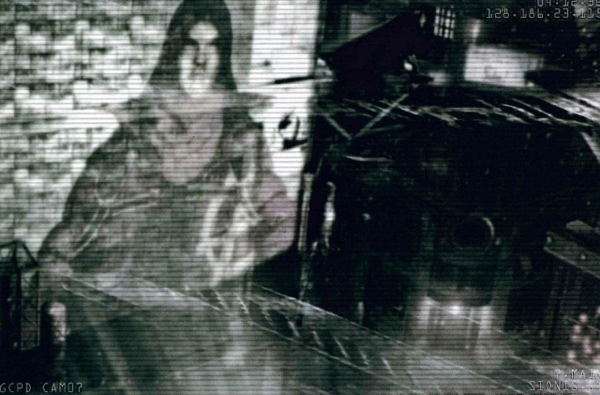 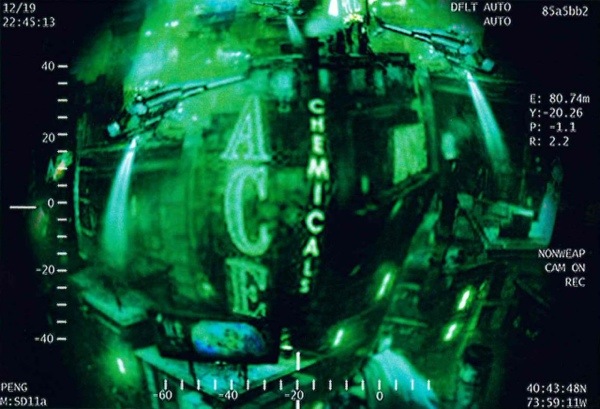 I’m really digging the bounty poster and the security cam shots of Batman. Really helps to immerse me into that world of an unknown Batman. I can just imagine Jim Gordon poring over those pictures and pulling his hair, trying to figure out this nutcase. I also wouldn’t mind that shirt. It’s simple, but imposing and therefore commands a certain amount of attention.

My only problem is that the contract seems to be signed by Black Mask. I’d imagine it’s a bit more legally binding for him to use his legal name, Roman Sionis. I understand not everybody is a Batman geek like most of us here, but I think it would have worked better in that it makes the audience work to understand the mythology of Batman and his rogues gallery. Most comic book movies retain the lesser known tidbits so as to not cater to the general audience and nod to the comic book reading audience. I don’t see why this couldn’t be the case. But I’m just nitpicking and I know I wouldn’t mind being sent any of those nifty trinkets.

Now I’ m just hoping for some cool viral marketing to coincide with some of the stuff they’ve included, but that’s probably asking a little too much.

What do you think? Cool little promo pieces? What would you have included? Let me know.