Rumor: Current Team Not Behind It, Justice League Movie May Not Happen 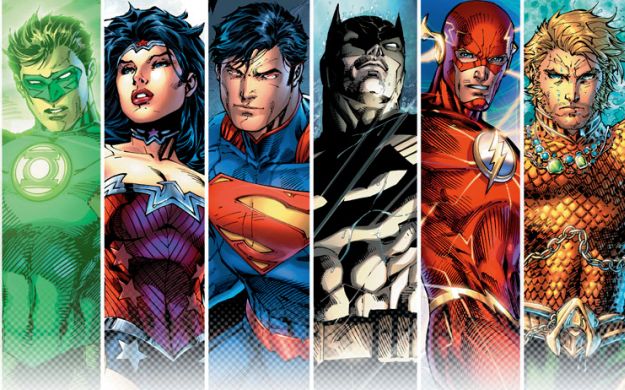 Last month, we got a few a rumors about the Justice League live-action movie that ignited rampant discussion. There’s a new rumor circulating the Internet that gives a bleak outlook on the movie. Click the jump see more.

So last month, we got a few big rumors that may or may not have excited fans. First off, El Mayimbe of the Latino Review broke the news that Christian Bale was reprising his role as Batman, Christopher Nolan was coming back to produce, Zack Snyder – the man currently at the helm of Man of Steel – would also be coming to produce and possibly direct, and that David Goyer would be rewriting a script, after WB threw out the script by Gangster Squad scribe Will Beall.

A couple days later, another rumor surfaced that confirmed Nolan’s and Snyder’s involvement, denied that Goyer was rewriting a script, but that he may be doing some small rewrites to Beall’s script and consulting, and lastly – most unfortunate for some – Bale was in fact NOT returning as the Bats.

Of course, since they were all rumors, you’ve got to take all of that news with a grain of salt… or a vat of salt in my case. I like to stay skeptical and not get my hopes up.

Well, this week, El Mayimbe, the man who originally broke the rumor about the those titans returning for the Justice League movie, appeared on the Schmoes Know Movies podcast to provide some disheartening news. He’s saying that the “current team” may not be behind the flick. He doesn’t specify exactly who this team consists of, but the Schmoes assume that it’s Nolan and company. He says that “they seem to be not be getting to a place where everybody involved is happy.” And although he insists that the project is still in development, he warns that we may not see it anytime soon.

You can hear the full clip here:

Remember that this is still all unconfirmed and should not be taken as official news by any means, but it’s still a bummer. I personally just want to see this movie happen already and it’s long overdue. I love crossovers so much and you can imagine how elated I was to finally see a live-action Avengers movies. But I’m sure my excitement for the Avengers will not compare to the Justice League movie.

How do you feel about this news? Do you feel optimistic that that movie will pan out? Let me know.