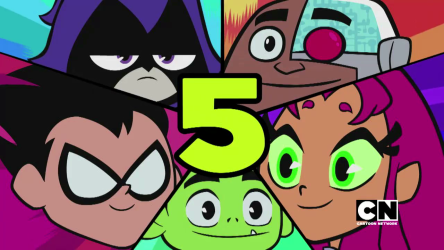 The new animated series Teen Titans Go!, from Warner Bros. Animation, made its debut at WonderCon 2013. Where they premiered some cool sneak peeks and got hyped over the Titans. Click the jump to see more.

At WonderCon 2013, the fans were able to see a sneak peek at two episodes from the series’ premiere season. Basically, the original voice actors from the first series, Teen Titans have come back to voice all the characters on Teen Titans Go! For those of you whom have been asking or wondering if they would come. It seems like they have.

Inspired by the original Teen Titans series from Warner Bros. Animation that ran for five seasons, the all-new character-driven comedy focuses on the funny that happens in between saving the world and living together as teenagers without adult supervision.Teen Titans Go! premieres Tuesday, April 23, at 7:30 p.m. ET/PT on Cartoon Network, with rebroadcasts running in the DC Nation block on Saturday mornings at 10:30 a.m. ET/PT, beginning April 27. See what life is really like as a teen super hero… once the cape comes off!

See the promo down below.