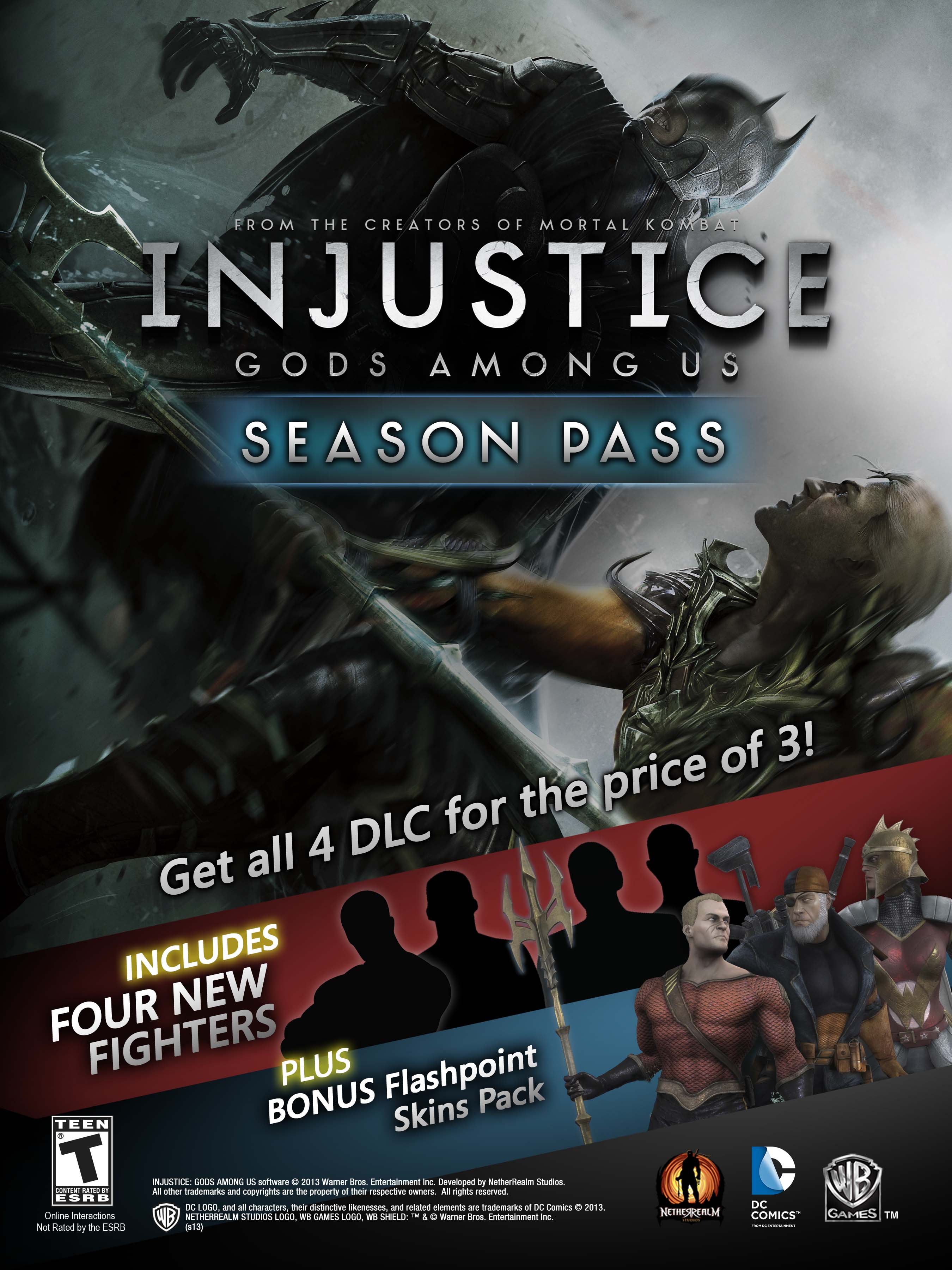 The Injustice: Gods Among Us Season Pass will be available when the game launches, April 16, for $14.99 (PlaySation®Network) or 1200 Microsoft Points (Xbox LIVE® online entertainment network) and offers exclusive access to the Flash Point Skin Pack featuring alternate costumes for Wonder Woman, Aquaman and Deathstroke.

Injustice: Gods Among Us will also be on display and available for demo at the consumer gaming event PAX East in Boston, which kicks off this Friday, March 22nd.

Injustice: Gods Among Us will be available for the Xbox 360, PS3 and Wii U™ system from Nintendo.