CATWOMAN #14 REVIEW: TO SKIN A CAT

There’s about 5 ways to skin a cat and Joker knows them all. “Death of a Family” continues in Issue #14 of Catwoman. Click the jump to read the review.

PLOT: A “DEATH OF THE FAMILY” tie-in! Catwoman is caught in The Joker’s trap as he toys with her mind. But The Joker should beware because Catwoman always comes to play!

RATING: Enjoyable Issue, this issue is second to Batman #14 this month!

REACTION:  Catwoman #14 makes Catwoman #13 look like child’s play. The writing has definitely improved in this issue. Ann Nocenti (writer of Catwoman) has really found her own in writing Catwoman. This issue feels like Catwoman from when Judd Winick (former writer of Catwoman) run on the comic book, but with a zany plot twist.

PRAISES: Nocenti has found her place in writing Catwoman. Since Issue #0, she was not really impressing the audience with her writing. Now, Nocenti is able to write Catwoman the way she wants to with “Death of a Family.” Issue #14 of Catwoman shows a dark zaniness of Joker. Unlike “Death of a Family” in Batman, Nocenti has written Joker with a dark zaniness to him. For most of the issue, he is the only character speaking in this issue. So, basically he monologues his plans to Catwoman  and this is where Nocenti shines the most in this issue.

Joker speaks with direct straight riddles, in which Nocenti uses a lot of references to Alice in Wonderland, Sleeping Beauty, and Cinderella. These are all stories relating to Catwoman and how she is living in a dreamland where she is Batman’s damsel in distress. Basically, Joker is telling Catwoman that she is no longer an anti-hero, but a hero. Joker continues to berate her by drowning her in water, paralyzing her, marking her body, and finally breaking Catwoman to the point where she slashes out. The issue has a dark zaniness to it, but Nocenti shows a lot of improvement in her writing. I do admire her efforts in trying to keep the sexy in Catwoman. Hopefully, she can keep up this writing stride.

Rafa Sandoval (current artist of Catwoman) has brought tasteful sexiness to Catwoman. His version of Catwoman is beautifully done. One of the few reasons, readers love Catwoman is the fact that she is hot! Sandoval makes sure to give a little tease here and there, which is appreciated. In this issue, the artwork is less dream-like and more cinematic. Sandoval supports Nocenti’s vision of a dark zaniness with cool panels of Joker dining in a lofty aerie nest. Sandoval does well with scenery panels His artwork holds subtle humor catering to Nocenti’s writing. The two are a good pair together, as long as Nocenti continues to hold this type of writing.

DISAPPOINTMENTS: Towards the end, Nocenti allows Catwoman to speak in this issue. However, Catwoman sounds more like a whiny chick trying to declare independence from Batman. Catwoman may not be the most intelligent person, but she doesn’t whine. Even when she is pissed off, she can sometimes compose herself and keep her bad ass attitude. In this issue, she just whines and states the obvious about Joker’s plan.

Catwoman #14 is Ann Nocenti’s best writing by far since the beginning of her run on Issue #0. There has been much improvement in both the artwork and the writing. However, Nocenti might be lacking in Catwoman’s dialogue where Nocenti has to find Catwoman’s bad ass nonchalant attitude. Catwoman is a person who cares very little about things and does what she wants at a moment’s notice. Maybe since The Dark Knight Rises readers want Anne Hathaway’s portrayal of the character, but the comic book version of the character is subtly different from the movie version. What readers are looking for in this character is a grounded realistic version. Will we ever get that? Maybe from another writer who wants to portray this side of Catwoman. 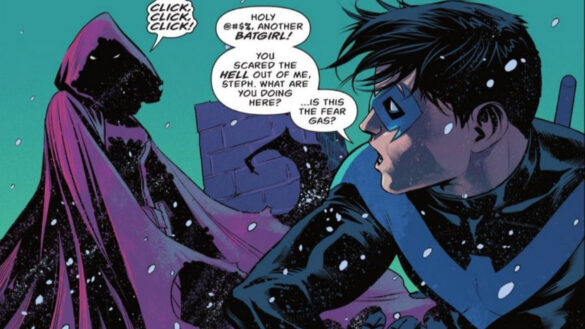 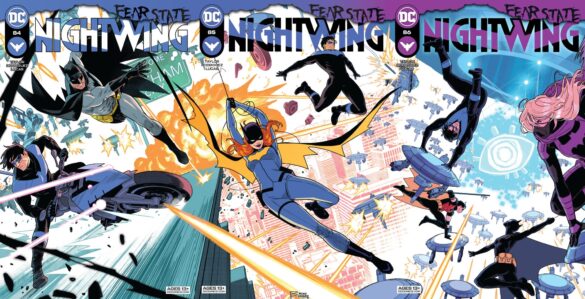 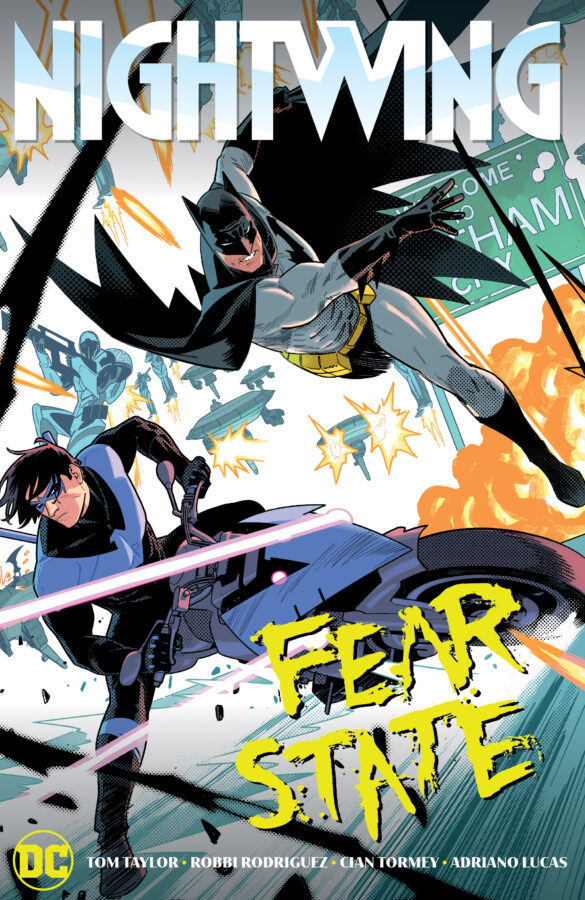