COMICS TO LOOK OUT FOR OCTOBER 17TH

Some issues are starting to look promising this week. Catwoman #13 has a new artist, Rafa Sandoval and he’s giving Catwoman some real well endowed features. The artwork looks slicker, cooler, and a hell of a lot better from prevoius artist, Adriana Melo.  Thank goodness for this! Now, all we have to do is critique the story line.

So, Batwoman #13, Birds of Prey #13, Justice League #13,  and Nightwing #13 are all starting off with new story arcs.  Hopefully, the new work that has been done on these comic books shows off how good these books have become over the year. Nightwing continues to be a success and Dick will be facing against Shiva who was introduced in Nightwing #0.

To see the previews, click onto the highlighted names of the comic books below.

Art by ANDRES GUINALDO & MARK IRWIN
Cover by EDDY BARROWS
PLOT: Lady Shiva makes her New 52 debut! Why has one of the world’s most deadly assassins returned to Gotham City?

RED HOOD AND THE OUTLAWS #13, DATE: OCTOBER 17TH
Written by SCOTT LOBDELL
Art by TIMOTHY GREEN II
Cover by KENNETH ROCAFORT
PLOT: The conclusion of Starfire’s battle for the throne of Tamaran as she is reunited with her sister, Blackfire! Plus: The appearance of someone very bad from for Jason Todd’s past.

BIRDS OF PREY #13, DATE: OCTOBER 17TH
Written by DUANE SWIERCZYNSKI
Art by ROMANO MOLENAAR
Cover by BEN OLIVER
PLOT:The team crosses paths with a cult of assassins that has ties to Katana! A new arc starts in the wake of a team member’s betrayal…

JUSTICE LEAGUE #13, DATE: OCTOBER 17TH
Written by GEOFF JOHNS
Art and cover by TONY S. DANIEL and RICHARD FRIEND
Backup story art by GARY FRANK
Variant cover by CAMERON STEWART
1:100 B&W Variant cover by TONY S. DANIEL
PLOT:The League takes on a villain destined to be one of the greatest threats to the DC Universe in the year ahead – the mysterious Cheetah! But who is she? What is her connection to Wonder Woman? And how will this fundamentally change the relationships within the team? Plus: The next chapter of the SHAZAM! backup epic by Geoff Johns and Gary Frank! 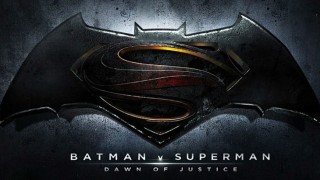