Today is Harley Quinn’s birthday. It has been 20 years since Harley was created on September 11, 1992 of Batman: The Animated Series. The character was created by Paul Dini and Bruce Timm and was originally voiced by Arleen Sorkin. The character was originally meant to be the girl who told jokes in The Joker’s gang, but instead became The Joker’s girlfriend and then became long term. Today, she is one of the most celebrated female characters in the Batman Universe.

Down below is a design by Greg Capullo (artist of The New 52’s Batman) who will be showing Harley Quinn in the next story arc of Batman called “Death of a Family” featuring The Joker’s comeback to comics in October. Here’s the sketch of her as well as the inked and color of Quinn. ENJOY! 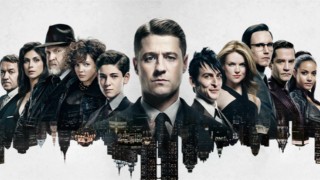 Paul Reubens on ‘Gotham’ Set in NY: A Look at Penguin’s Father