LOBO RUMORED TO BE IN JUSTICE LEAGUE MOVIE

This is to be held as a rumor. Lobo is being considered to be in the Justice League movie. Lobo is a beloved character of just pure hard core bad ass alien who rides motorcycles in his leather clothes on Earth. Just pure sickly bad ass! Anyway, Comic Book Movie (CBM) reported this rumor claiming that Warner Bros is toying with the idea of making Lobo appear in the Justice League movie. CBM also reported earlier that a Lobo movie is being developed as we speak with Brad Peyton as writer and director. As well as Dwayne “The Rock” Johnson who is clearly a good choice to play Lobo; Johnson is very interested in playing Lobo.

Now, the question is where will Lobo stand in the Justice League? With or against the League? 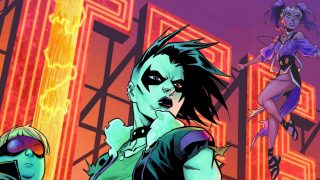 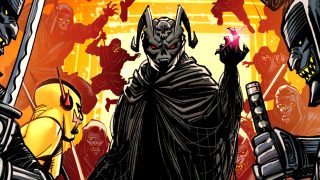