James Tynion IV is the upcoming writer for the next wave of Batman comics called Talon. Talon is a spin-off from “Night of the Owls” with Scott Snyder by which Tynion co-wrote with Snyder. Tynion has been in the Batman comic book scene for awhile, if you remembered Detective Comics #12, when The Joker made an appearance at the end of the comic book. Yea, that was Tynion’s work. It was very spooky and he’s a fan of indie horror so the man is definitely a good writer. For Detective Comics #0, Tynion wrote a back-up for Alfred and its called “The Long Wait.” What this story might be about? Guess we’ll have to wait until tomorrow. Here’s a small preview of  Detective Comics #0 down below.

Who is this guy? Comment down below, DKN Facebook, DKNewsCom, or DC Comics Fans if you know. 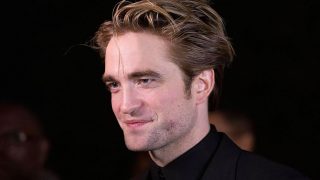