MUCH IMPROVEMENT! I think Batgirl deserves a damn silver medal for much improvement! Since The New 52’s started its been wah wah storytelling and the action has been mediocre. I kind of blame Adrian Syaf (artist) for not capturing Gail Simone’s story telling for the last few issues. However, Syaf captured a bit of the intensity that the issue called for. In Issue #12, it was Batwoman versus Batgirl. The long awaited feature to show who represents the bat symbol better. Now, as a childhood favorite my money would go to Batgirl but I’m not stupid…Batgirl is more brains than brawn. Of course, Batgirl packs a punch when it comes strictly down to it still Batwoman is more about shutting you down quick and efficiently. So…I went with Batwoman. I won’t tell you who won, you’ll just have to read Issue #12 to find out. I will say that the Battle of the Redheads was very exciting. I wonder if DC Comics will bring back Stephanie Brown or Cassandra Cain as Batgirl to add to The New 52’s?

I wasn’t surprised at Syaf’s attempt to recreate Batwoman‘s art direction from J. H. Williams III (artist for Batwoman). Williams is an exceptional artist, but his story telling is just too wonky for me. I don’t mind Batwoman‘s mystical or paranormal stories, its just those stories have to be told right in my opinion.  Back to Batgirl, Simone didn’t fail at continuing her story with Knightfall who is becoming more and more interesting as the issue continues. If you haven’t been keeping up with my reviews on Batgirl, I love Knightfall’s costume. Knightfall will be vital to Batgirl’s story line in The New 52‘s. Even though Knightfall is going to be vital to Batgirl, I wish that she had a better interaction with Batgirl. As villain or maybe a future arch enemy, that character should have as much interaction to create tension with the hero. Knightfall has had very little to almost none with Batgirl with the exception of speaking to her. Eh! Simone knows what she’s doing, I just hope SHE GETS ON WITH IT, MAN!  I can’t wait for Ed Benes (artist of Birds of Prey with Simone) to come on in the zero issue and get jiggy with Simone again. They work well together and it might improve Batgirl’s issues in the future!

Check down below of what I thought were sweet panels from Syaf. Comment down below, DKN Facebook, or DKNewsCom of what you thought of Battle of the Redheads! 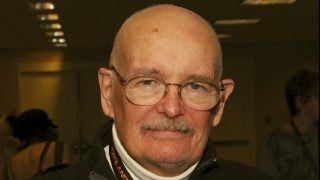 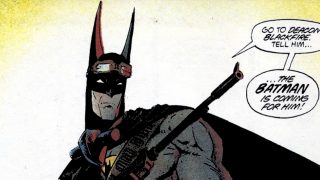