BATGIRL ANNUAL: NOT ANOTHER COURT OF OWLS!

NOT ANOTHER COURT OF OWLS! I mean I love Scott Snyder’s Court of Owls story arc. I thought it was brilliantly done, but I am just getting a stomach ache if I have to read another issue of it. Especially, when Batgirl has been this disappointing. Since they did semi-well with doing the Issue #9 tie with the Court of Owls, they want to drown us with more of it. I mean come on! I enjoy Gail Simone’s work and I have read some of her previous work with Secret Six where she was able to tap into some really cool characters with awesome dialogue. Even though, the characters were villains I held the same amount of love for their every day life as a villain. Hell, I was even able to say “it’s hard to be a villain.” However, Batgirl, I can already groan at the annual.

The art has been decent, but I do not think Adrian Syaf (artist) was very helpful in portraying Simone’s vision of Batgirl. So, now she has Ed Benes who worked with her on Birds of Prey. Maybe, this will help a bit with Batgirl’s story line. Supposedly, Batgirl is chasing after Catwoman. I guess the story needs a little help if they are bringing Catwoman into the mix to give the “goody two shoes” Batgirl a little sexy. I do not know, but I am sighing at this point as I wait for this October to come.  Arghhh!

Comment below or on DKN Facebook about how you feel about Batgirl this year. Has Batgirl disappointed you too? Or do you prefer not to read the damn thing? How will Catwoman save this annual from this disappointment thus far?

Discuss in Comics section of the forum here. 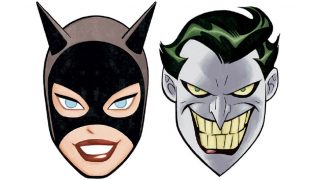