Sideshow Collectibles have released order details for an incredible replica action figure of the first Robin to appear on-screen in the modern era – the 1995 Batman Forever version, as played by Chris O’Donnell.

At the instance of Warner Brothers, Robin had been on the cards for both of the previous Batman movies to the point where actors had been considered for the role. When Tim Burton left the proposed third movie and Joel Schumacher took the stewardship, he started the casting process again with the development of a new script.

Such a high-profile role must have been a beacon for every hot young actor in Hollywood at the time with the likes of Leonardo DiCaprio considered. It eventually went to Chris O’Donnell who had already earned a Golden Globe nomination for his role in Scent of a Woman (1992).

Schumacher was looking to make a more commercial-focused movie than Tim Burton’s vision and took a more cartoony, tongue-in-cheek tone. It’s ironic that Tim Burton resisted the inclusion of the character in both his movies because he felt that he was at odds with the dark tone. In Schumacher’s Batman Forever, Robin is arguably the most grounded character.

After his family is killed at the circus, Dick Grayson becomes an angry young man, wearing a leather jacket, riding a motorcycle, and hijacking the Batmobile for a cruise around the city. O’Donnell even agreed to get his ear pierced for the role so that the earing looked more authentic. It helped that costume designer Day Murch, affectionately known as the Batsuit wrangler, as he worked on so many Batman movies, constructed a suit that was not only a muscle suit to match Batman’s but was also colored in a metallic, luminescent finish of muted tones of red and green. 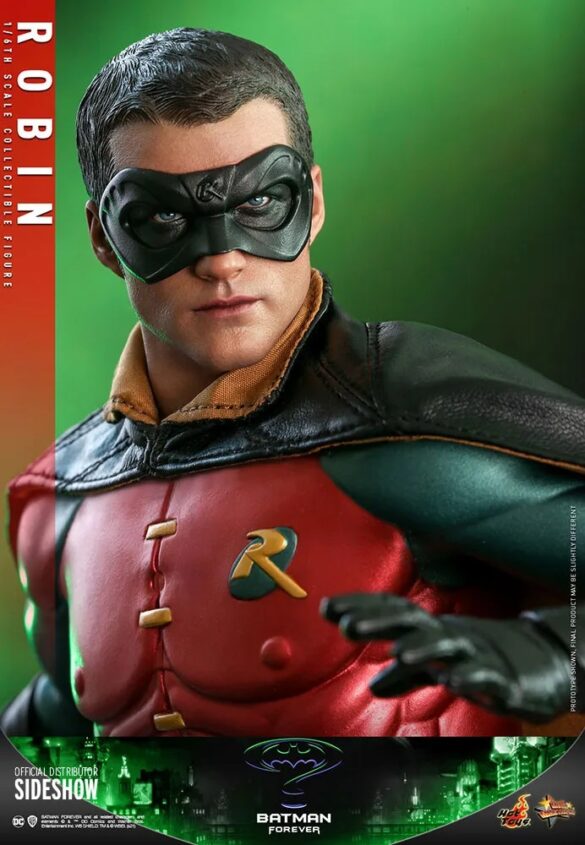 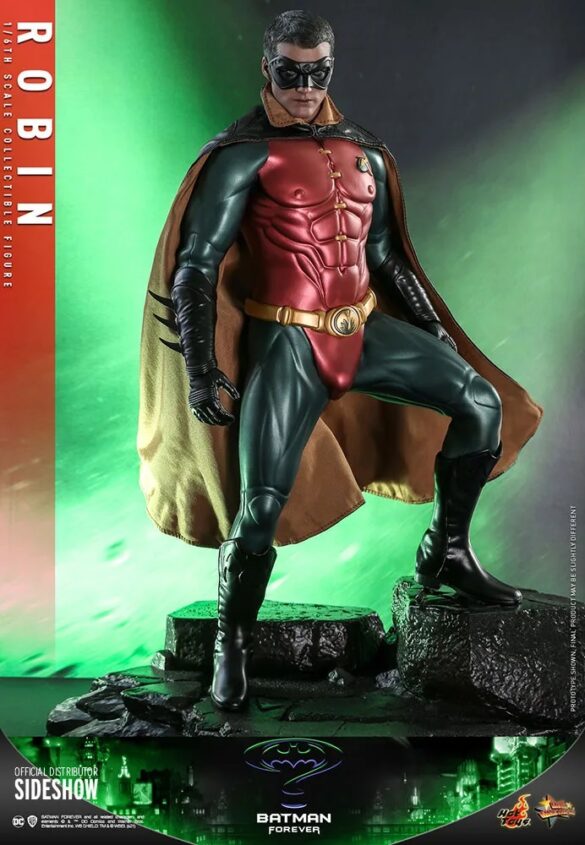 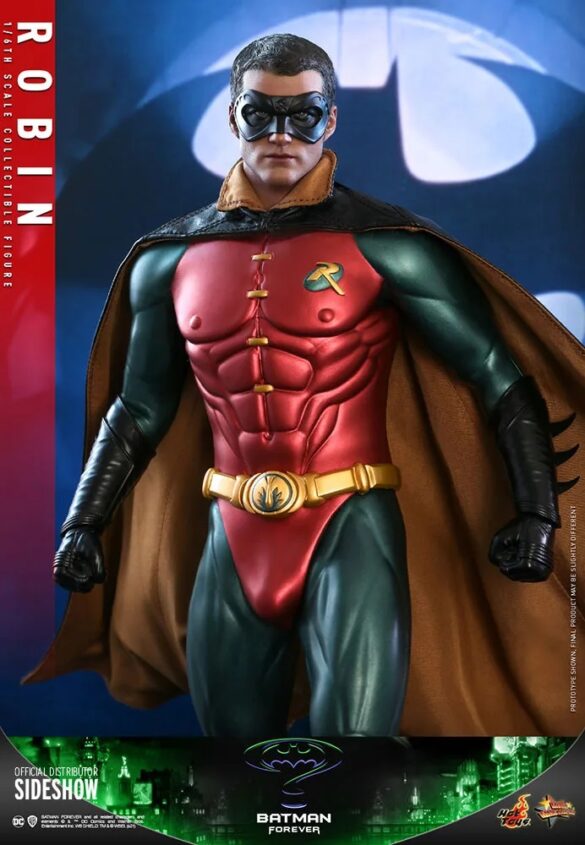 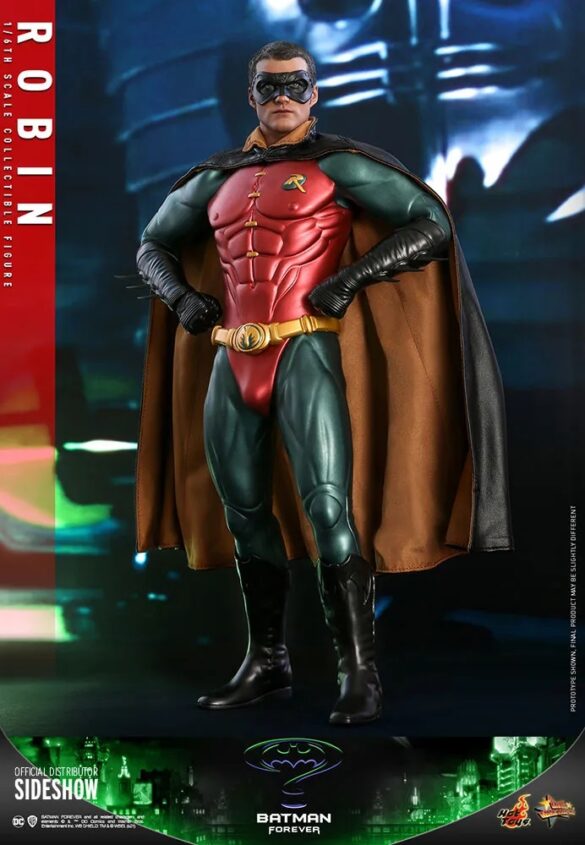 Sideshow’s new figure adapts the suit astonishingly well making the color a little more vibrant than the movie version so that the interpretation has some roots in the comic origins of the character. The cape has a less shimmery texture to the one seen in the film, which again, feels more ‘classic’ Robin. The face sculpt is pure Chris O’Donnell – the square jaw and intense blue stare are captured perfectly.

To audiences that had memories of Burt Ward in the 60’s TV show, (including, it seems, Tim Burton), the Batman Forever Robin proved that the character could be taken seriously. In fact, in casting an older Dick Grayson, we almost get a fast-tracked version of Nightwing. In the movie, Dick even suggests the name whilst considering what his superhero identity should be. It’s quite an achievement, particularly for a movie that was going for fun rather than darkly gothic. Viewed this way, this version of Robin can be seen as something that stands at the midway point of the evolution of the character.

With its hidden joints, three pairs of hands to interchange, and wire in the cape, the Sideshow figure looks like the perfect miniature monument to this moment in DC screen adaptations. 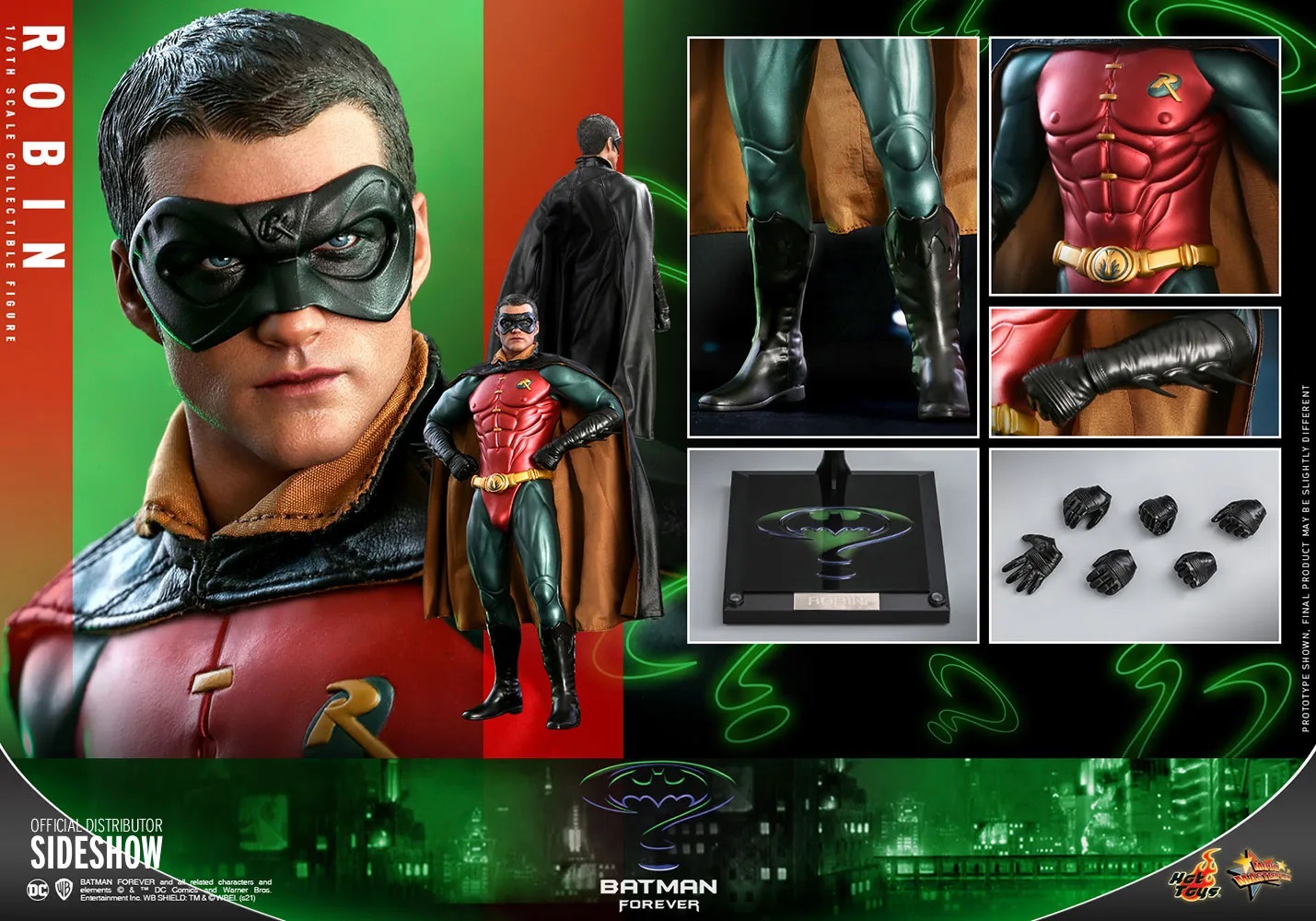 Like Bruce Wayne, young Dick Grayson witnessed the murder of his parents and swore to dedicate himself to bringing the criminals to justice. Under the strong wing of Batman, Dick managed to set aside his bitterness and thirst for revenge, turning them into a passion for righting wrongs, battling evil, and eventually becoming Batman’s trusted crime-fighting partner, Robin. When one of them is in danger, the other is sure to help find a way out of it!

The highly-accurate figure is specially crafted based on the image of Robin, featuring a newly developed head sculpt with stunning likeness perfectly translating the details including the face mask, a specialized body portraying his muscular body, detail recreation of Robin’s iconic costume with an “R” logo with a subtle metallic shimmer, also a figure base for display.

The new figure is a must-have for fans of the Boy Wonder! Pre-order it today! 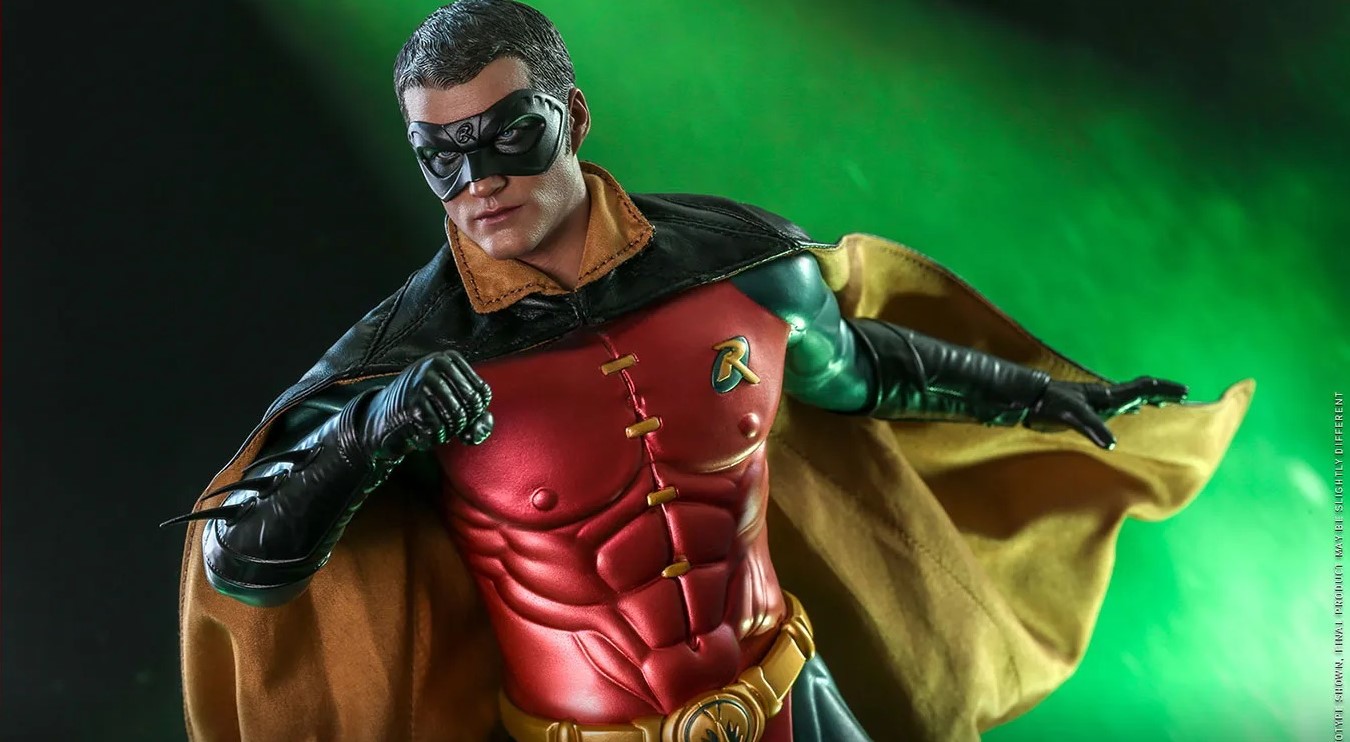