“Strange Visitor” – Parts One and Two 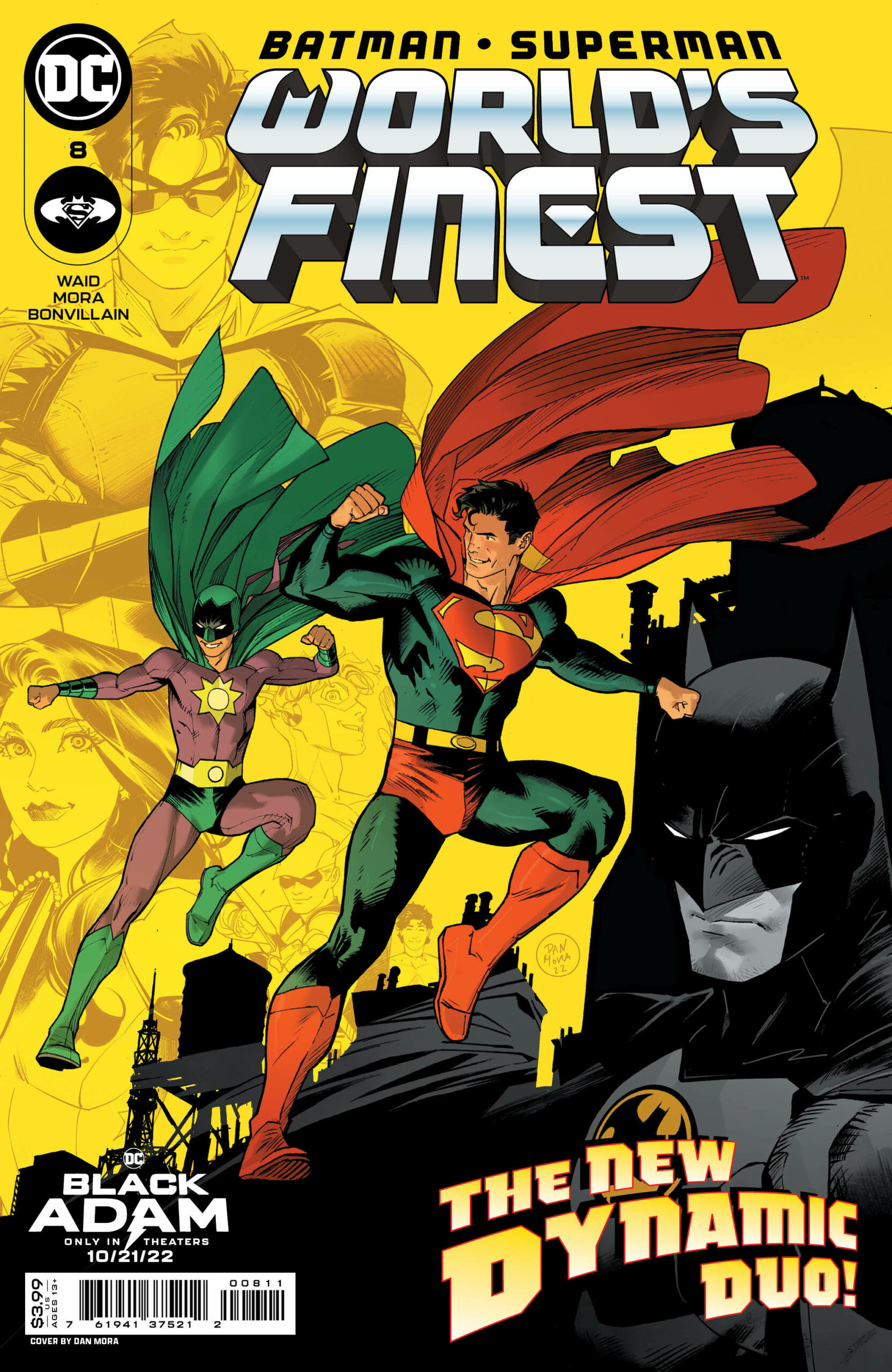 Superman recruits a new sidekick, as The Key holds Gotham City hostage in my review of Batman/Superman: World’s Finest #7 and #8. Last month, Superman acquired a new mentee named The Boy Thunder: a teenager from another dimension who is the sole survivor of his Earth. Like Superman, The Boy Thunder was shot Earth-0 via a rocket built by his parents, but this ship was designed to traverse the Multiverse instead of outer space.

Furthermore, The Man of Steel and The Boy Thunder share another similarity: both heroes receive their superpowers from Earth-0’s sun. Batman/Superman: World’s Finest #8 opens with the boy training with the original Teen Titans (NOTE: This story is set in the past) and Superman. However, the training session comes to an abrupt close when Gotham City suffers a city-wide attack from a villain named The Key. 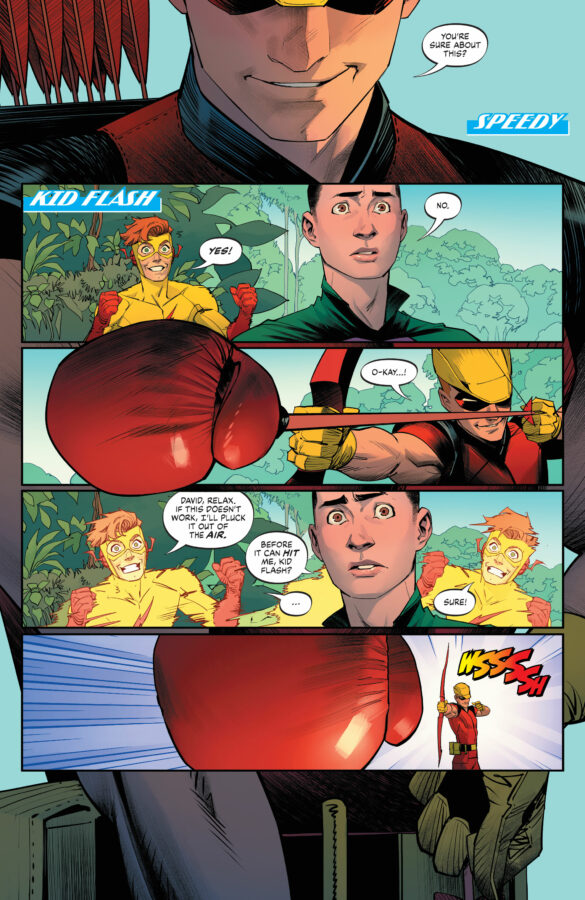 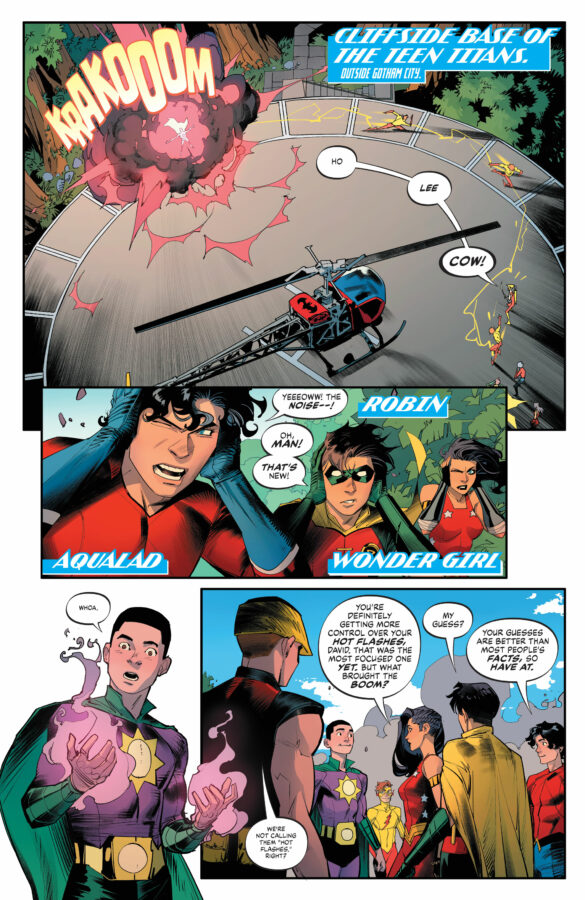 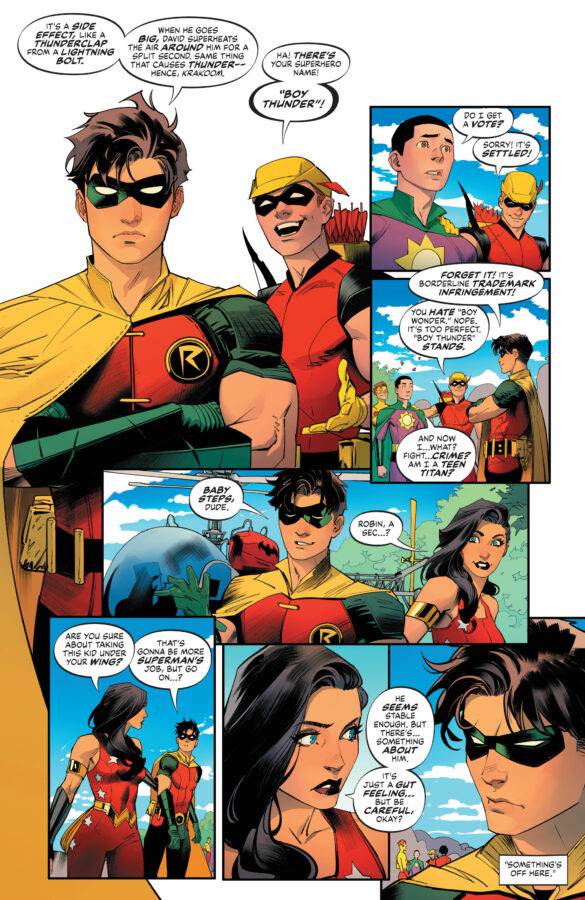 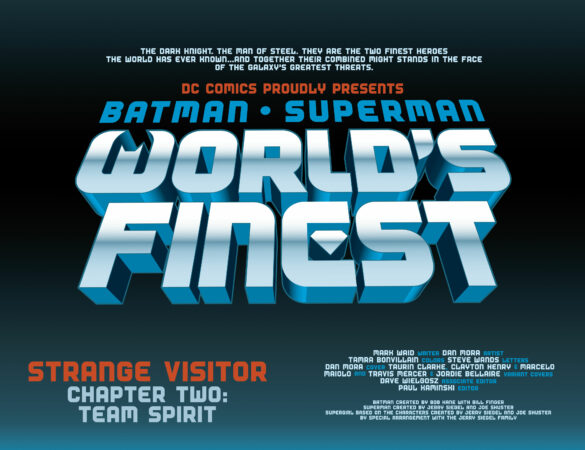 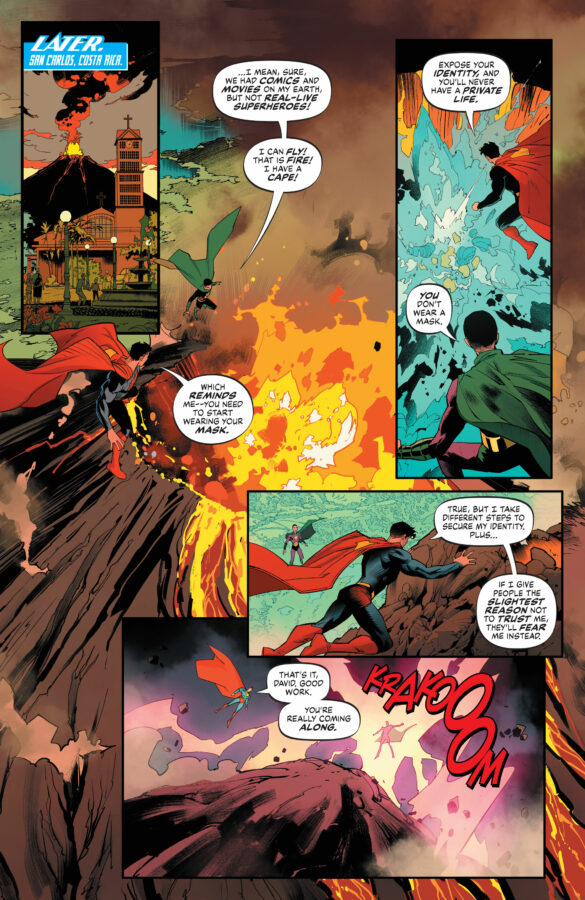 One of the hallmarks of World’s Finest has been the title’s tone. Specifically, Mark Waid has stripped away much of the “doom and gloom” of modern comics, embracing a far more whimsical and nostalgic approach. For the “Strange Visitor” arc, Waid has once again struck an amazing balance. His story manages to juggle heart, humor, and heroics effortlessly.

I’m not going to pretend the story isn’t goofy, but that doesn’t matter. Waid leans into the Silver Age shenanigans while still crafting a story that is distinctly modern; it’s as if he somehow taps into his inner child when writing his stories. I can’t help but think that the premise for World’s Finest revolves around a very simple premise: Waid wants to write books that remind him of the comics he read growing up.

Just like previous installments, World’s Finest #8 captures the glee and wonder of the comics of yesteryear. This level of commitment to such a distinct tone is not only commendable but also flat-out charming.

Dan Mora is Back!

After taking an issue off, Dan Mora returned for World’s Finest #7 and #8, which is fantastic because he brings a “secret sauce”. It’s no secret that Mark Waid’s a fantastic storyteller; I would never underestimate his contribution to the quality of this title… however, Dan Mora’s art is what really makes this title shine (in my opinion).

He visually captures the essence of Waid’s premise: Modern Silver Age stories. A great example of this is his treatment of the Teen Titans. Kid Flash, Aqualad, Speedy, and Wonder Girl are all here, dressed in their Silver Age costumes (as seen in Teen Titans: Year One). The crazy thing is that these characters are actually, visibly happy. Again, Mora renders them in their retro costumes while highlighting their youthful exuberance. It’s absolutely refreshing and wonderful. 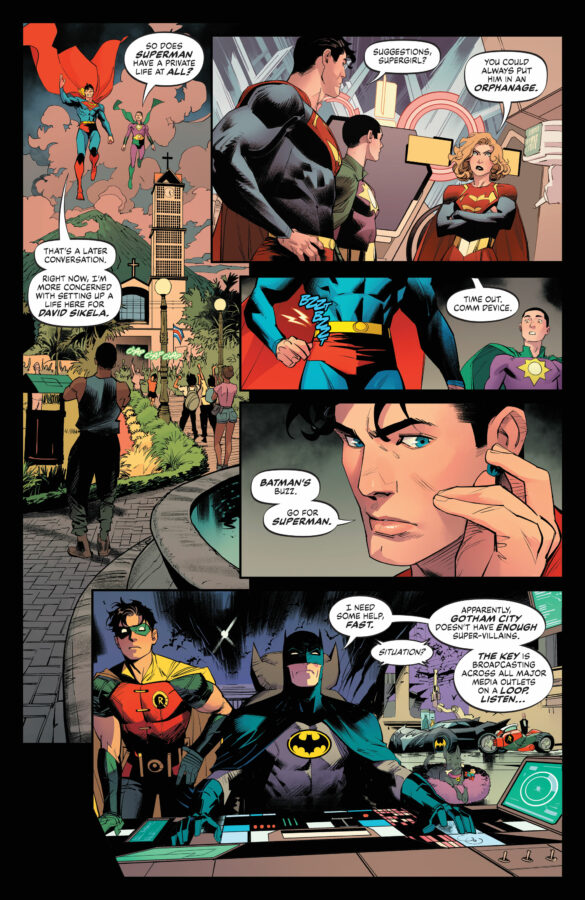 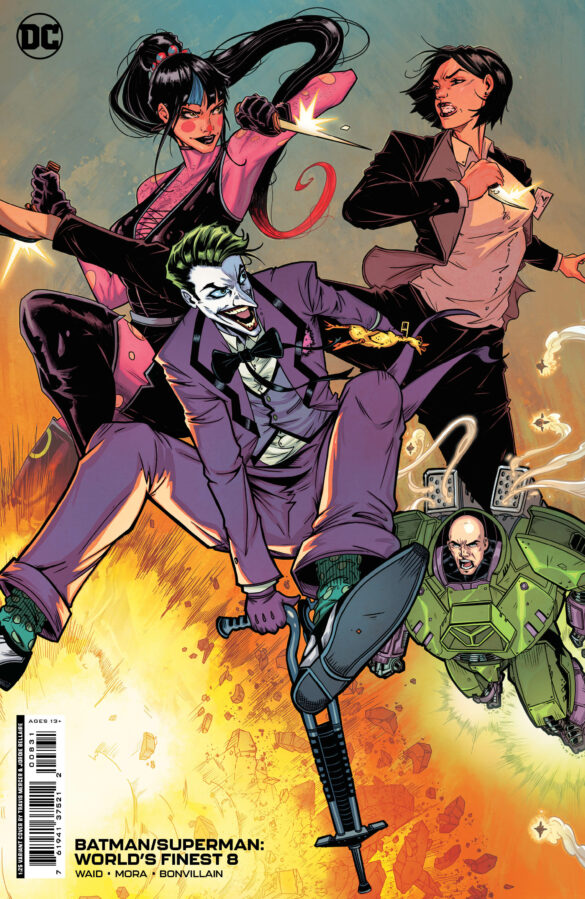 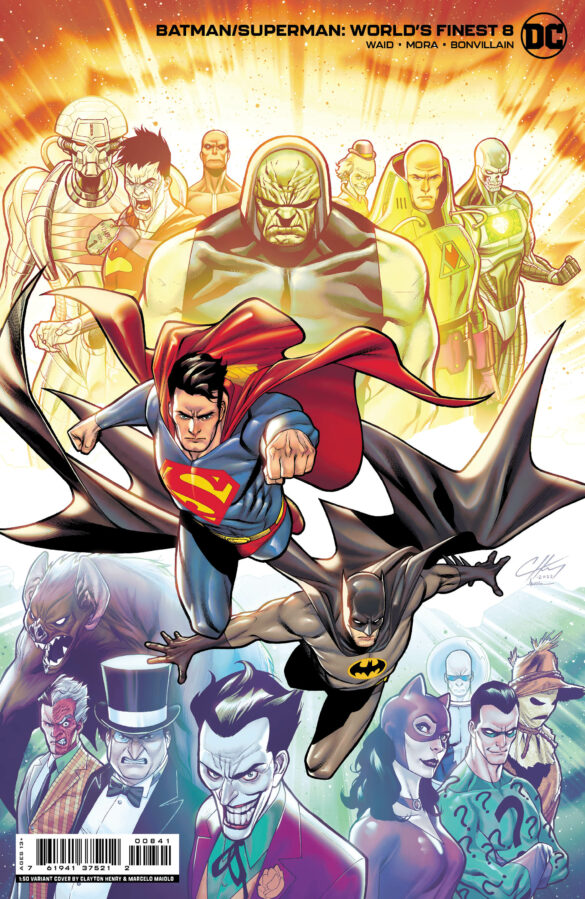 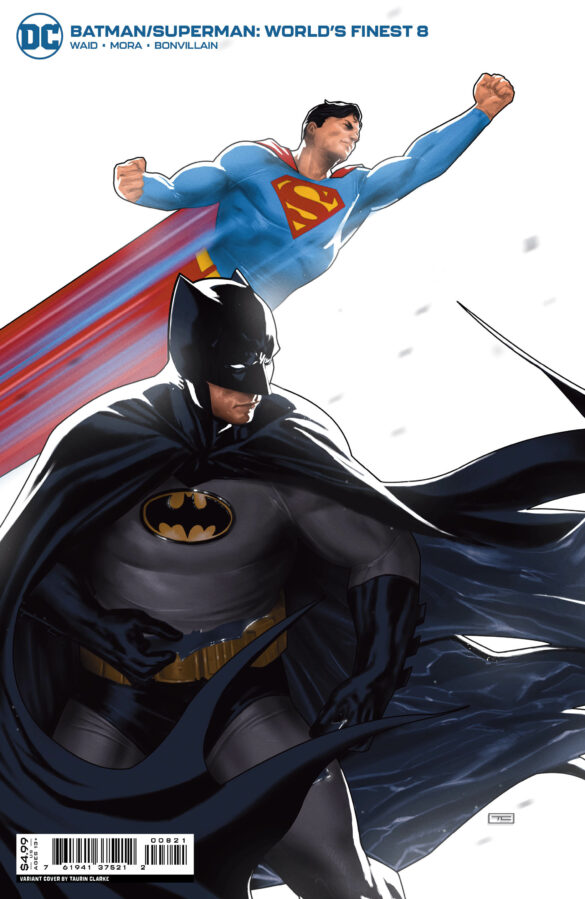 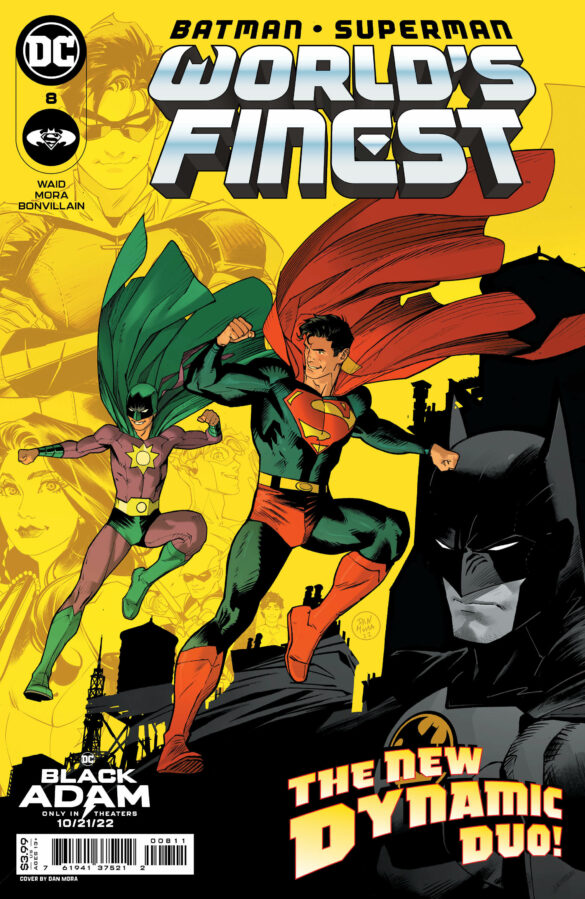 Batman/Superman: World’s Finest #7 and 8 continue the streak of quality established since the series’ debut. Despite The Boy Thunder’s tragic origin, Waid’s script remains buoyant and fun. Meanwhile, Mora’s artwork is as rich as a fine wine and playful as a puppy. I swear, these two creators bring us magic each month, and I can only see things getting better from here.

Final Verdict: These issues are stunning pieces of pop culture, slathered in nostalgia, and dripping with fun… they’re well worth your time.