To celebrate almost 90 amazing years of DC Comics, a special series, Dark Crisis on Infinite Earths: Big Bang will be released this coming December. Everyone knows how wild DC’s celebrations and anniversaries can get.

Earlier this month, the multiverse was successfully recreated n Dark Crisis on Infinite Earths #4. To explore this new multiverse, DC will be releasing a one-shot that’s set after the events of issue #4. Written by Mark Waid, who’s already making waves with his Batman Vs Robin Limited Series, multiple talented artists will be bringing some new amazing art into this new multiverse. We’ve already seen some variant covers by Mikel Janín, Ariel Colón, Nathan Szerdy, Freddie E. Williams II, and Crystal Kung, which are all, of course, amazing. 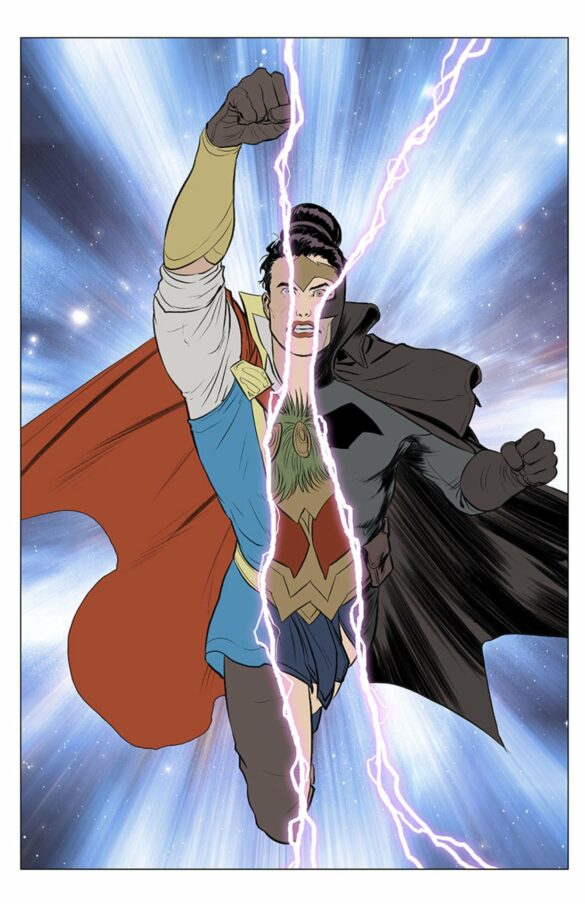 Dark Crisis: Big Bang is a celebration of DC’s nearly 90 years of imagination and invention. In its way, it’s my own personal love letter to the DC Universe, my way of helping new readers discover – and long-time fans rediscover – all its vibrancy and excitement.

What are your thoughts on Big Bang? Do you think Dark Crisis on Infinite Earths has reintroduced the multiverse well? Tell us in the comments.