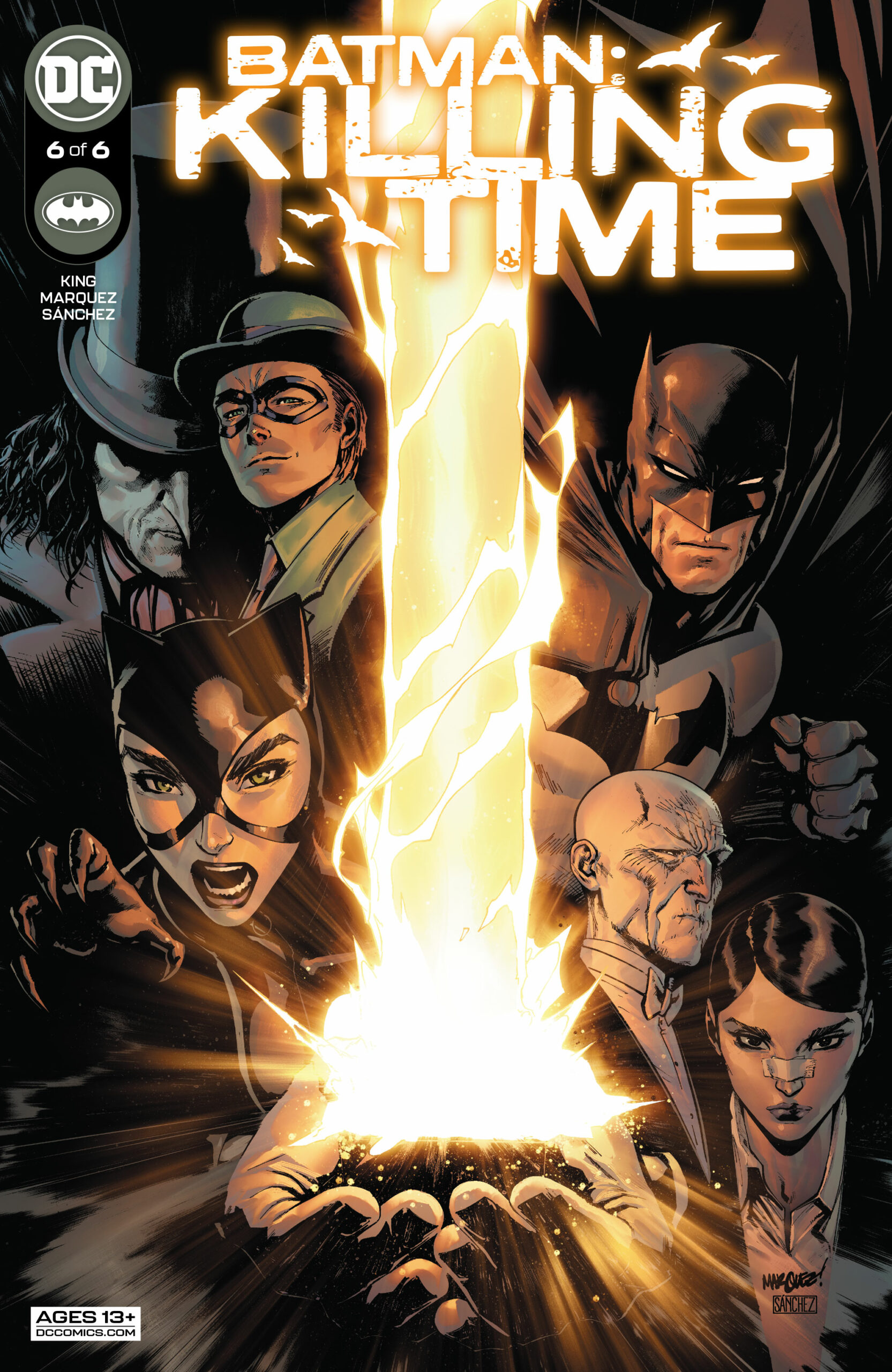 Probably the biggest joy is listening to Clock King’s narration. It’s fun to see from his perspective how he meticulously planned and detailed everything. If you’ve read Marvel’s Vision, you’ll know that the writer, Tom King, loves utilizing dry dialogue and overly-detailed narration as some of his storytelling tools. These are well-used in Vision because the main character is an android with stilted speech patterns. The Clock King’s monolgues are similarly detailed and wonderfully in-character. This makes it doubly fun to “hear” his recounting of plans and events. 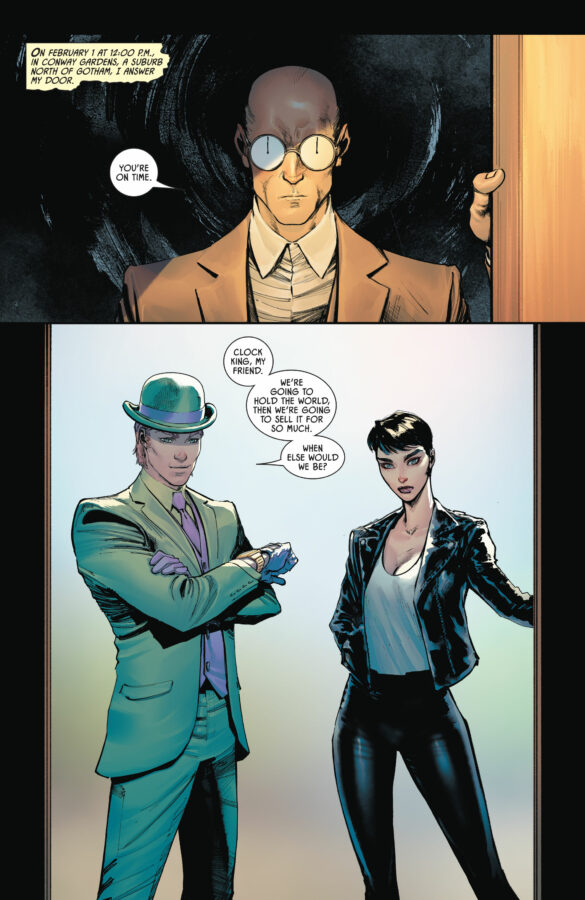 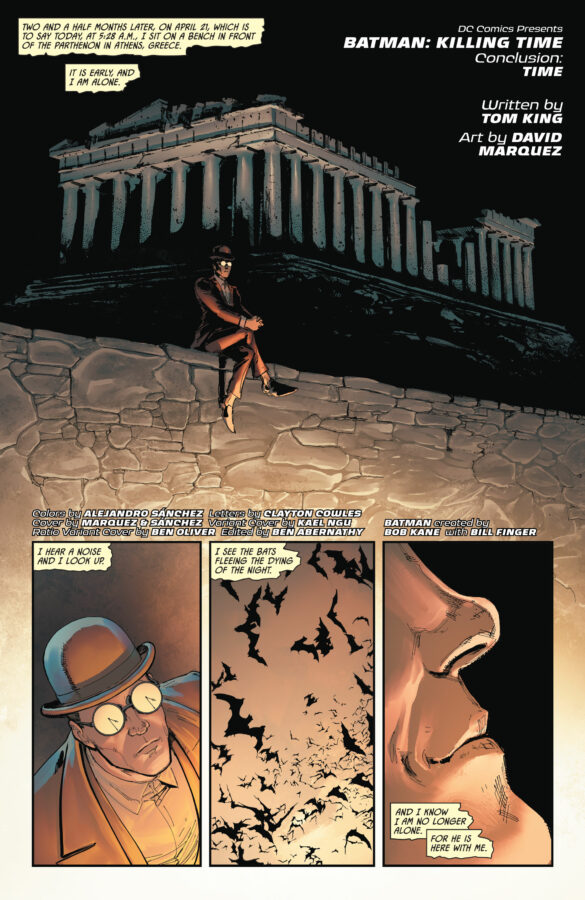 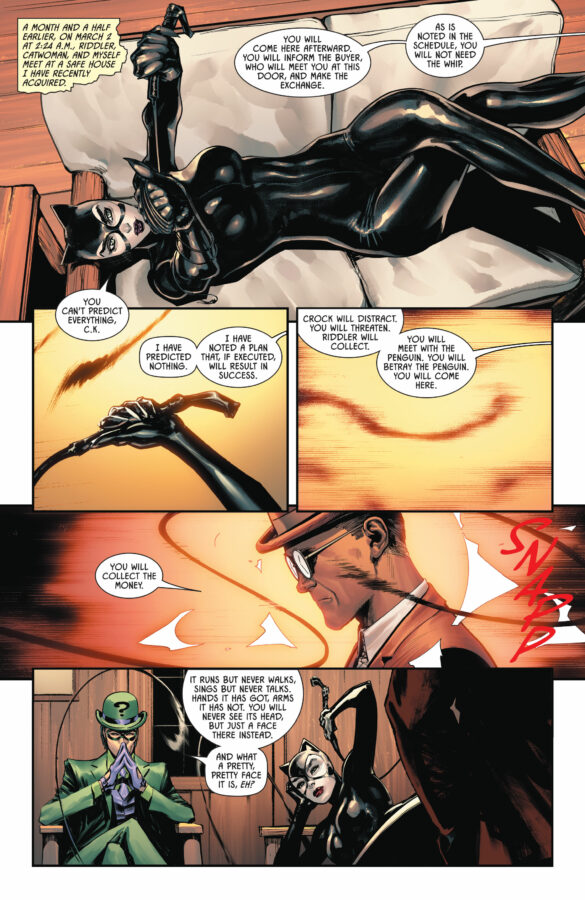 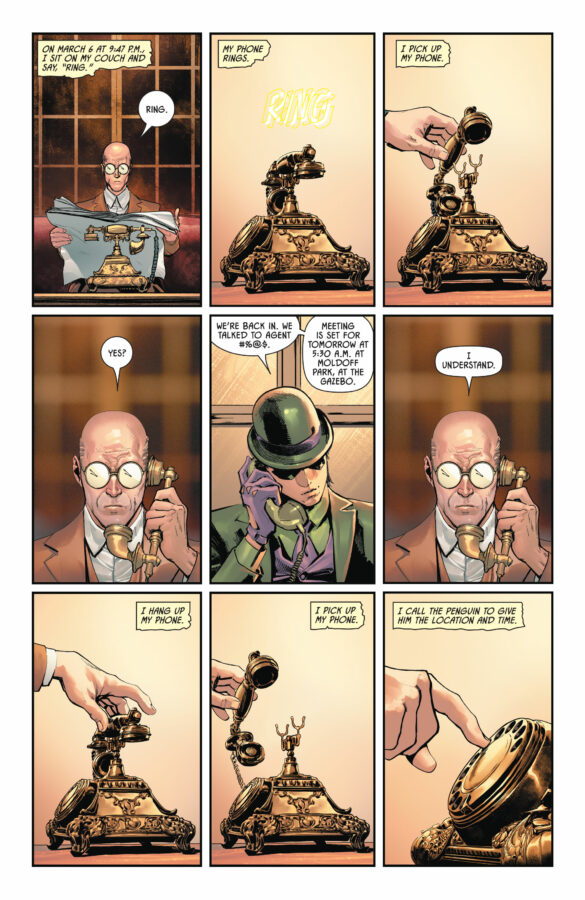 In fact, the Clock King reveal is so enjoyable that it makes up for the issue’s shortcomings. My biggest critique of the issue is the reveal of the mystery object, as I found it ultimately disappointing; both in the reveal itself and also the tale’s ultimate resolution.

I understand that King may be trying to subvert expectations here, but the MacGuffin seems completely wasted and anti-climatic. Similarly, Catwoman and Riddler’s endings also fell a little short of my expectations. Batman’s treatment of Selina seems particularly odd given the context of King’s recently concluded Batman/Catwoman mini-series. 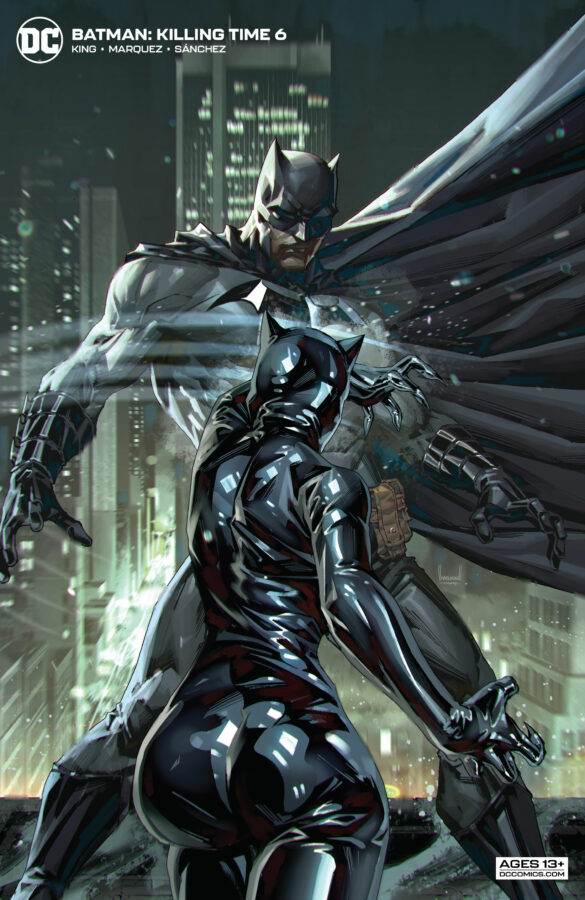 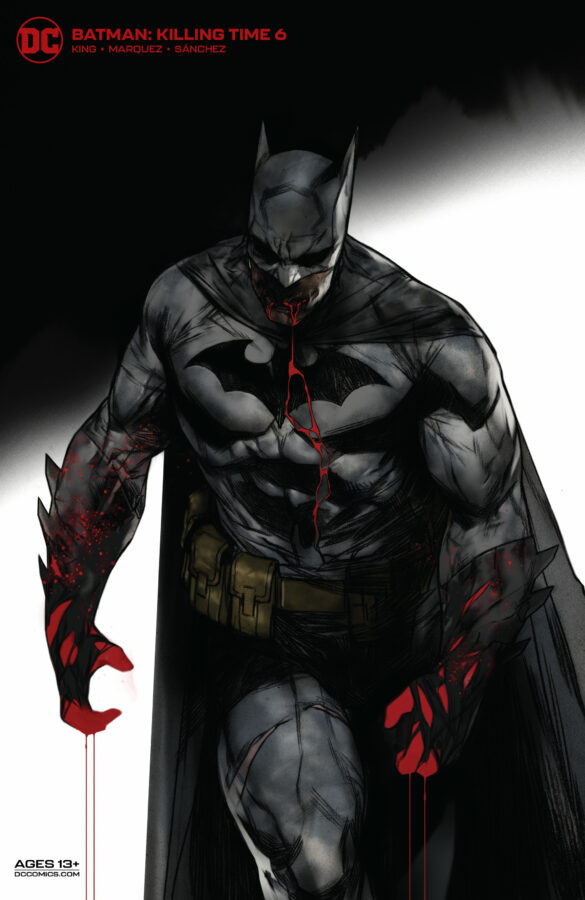 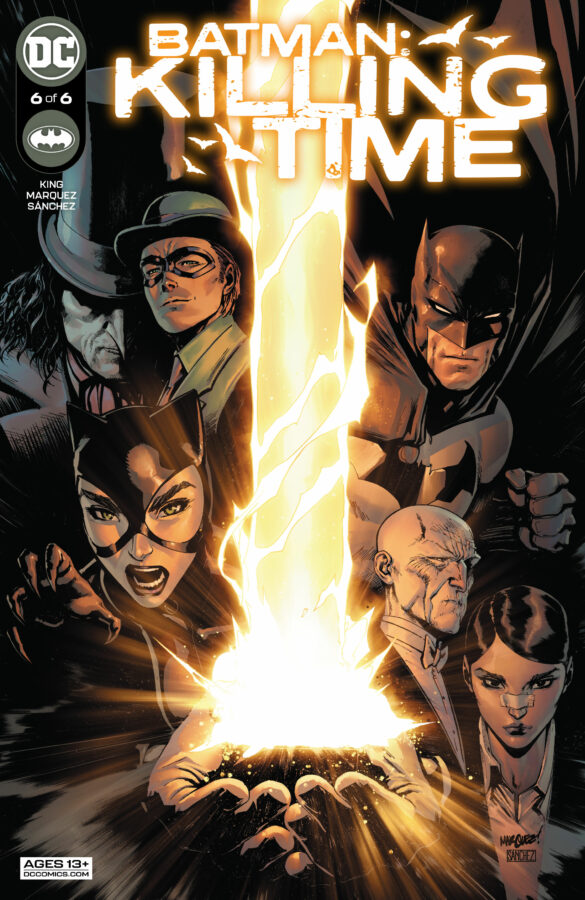 Initially, there was a fear that Batman himself would be regulated as a bit-player who does not push the plot forward. Fortunately, King stuck the landing and Batman actively ties up and resolves most of the loose ends. Additionally, any plot points that didn’t also seem to be seeds for a future character or storyline.

Overall, the whole mini-series was a fun crime chase story arc. There were twists, mysteries, and plenty of action. It feels like more than just a typical action comic, without being too ponderous. Batman: Killing Time #6 provides characters and scenes that are fun and enjoyable, so much so that they almost overshadow the series’ flaws.