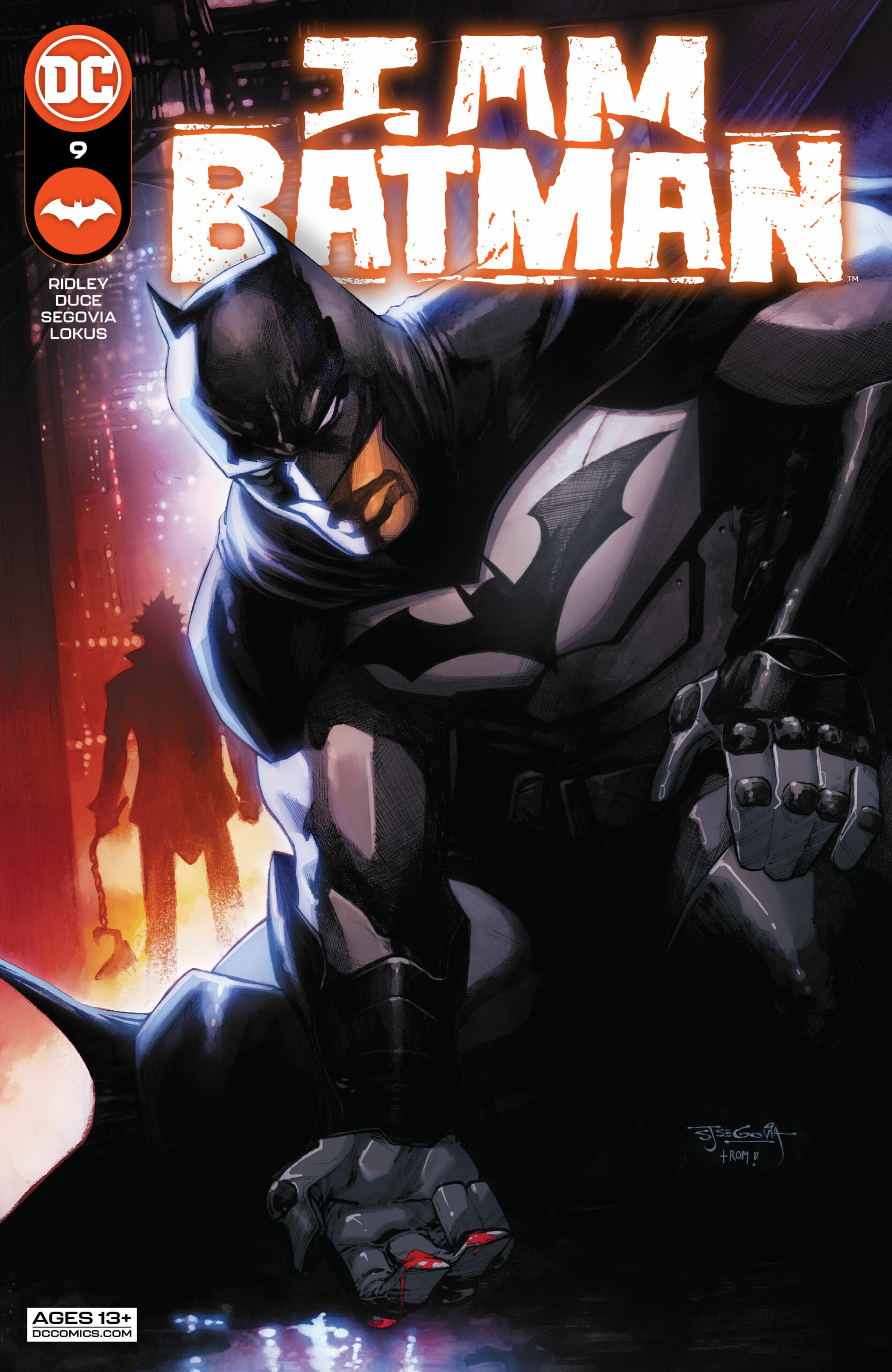 In I Am Batman #9, Jace is forced to cope with being easily defeated by the serial killer he was hunting. This story serves as a reminder how new Jace is to the role of Batman.

While he has likely dealt with defeat before, this is the first time he’s been beaten as Batman, and he’s not taking the loss well. We see him taking his anger out on a common thug, by brutally taking him down and then continuing the beating even after he surrenders.

This is a side of Jace’s character that he is going to have to gain control of. Given the “angry young Black man” and similar stereotypes, a brutal Batman is not likely going to win the trust of the police or the general public. His crimefighting career will be hampered without that trust. Unfortunately, in our society, Bruce Wayne gets more leeway for the level of violence he brings down on criminals than Jace does.

Jace is not the Fighter Bruce Is

His defeat also demonstrates the fact that, despite his training and experience, he is nowhere near the fighter Bruce is and it’s quite possible that he never will be. That shouldn’t mean, however, that Jace can’t be as successful a Batman as Bruce is. He needs to find his own style of crimefighting, using methods that work for him. He could probably could benefit from some further training in the martial arts.

We also see Jace meet up with his friend Hadiyah, who Ridley has been teasing as a potential love interest. However, rather than catching up, Jace asks her to profile New York’s serial killer. Hadiyah likens the killer to the surrealist artist Man Ray. She telling him:

I think this killer is someone artistically incline, dissociated from thoughts or feelings, and young and strong enough to overpower his victims.

This analysis inspires Jace to give the killer the designation Manray.

The profile also describes the killer’s motivations. As Jace tells Chubb and her strike force:

He believes he’s exposing to the world the ugliness of powerful people who pass themselves off as saints.

A vigilante who thinks his justice is real justice.

Jace is quick to deny that he’s anything like Manray.

Jace makes a notable promise to Chubb and the other officers. He states:

Truth is, Detective, I’m figuring out a lot of this in real time. from the jump, you and I’ve had a bad start. But I know what doing right means to you. I know people are counting on me… I won’t let you down.

If Jace can keep to that promise, I believe he may eventually win over Chubb and make a true ally out of her. This could prove to be an important turning point in Batman’s relationship with the NYPD. Surely, Hadiyah will be wondering why Jace Fox wants a profile of Manray. She is very sharp, and quite capable of putting two and two together and figuring out that Jace is the new Batman.

We also see that Jace’s sister Tiff is struggling to find a sense of purpose. She tells her mother that she doesn’t know what she should be doing with herself during their time in New York. Tanya tells her that:

Sometimes the best way to do for yourself… is by doing for others.

I suspect that Tiff will be taking this to heart, but not in the way that Tanya expects. I think this is leading towards her becoming the Robin to Jace’s Batman .We already got a peek of her in that role in a Future State story. This is likely her first step down that path.

As always, Christian Duce’s artwork beautifully reinforces Ridley’s story. Duce manages the difficult feat of making Jace’s Batman noticeably different from Bruce’s Batman, but he still fully embodies the concept of Batman. He has succeeded in making Jace look like more than just a cheap copy of the original.

I Am Batman #9 continues to show the evolution of the character, as he figures out his own unique approach to being Batman. It also shows his supporting cast starting to evolve into his own Bat-Family and it’s becoming clear that Ridley has a long-term plan in store for this new Dark Knight. I look forward to seeing how Jace evolves as Ridley’s story plays out.