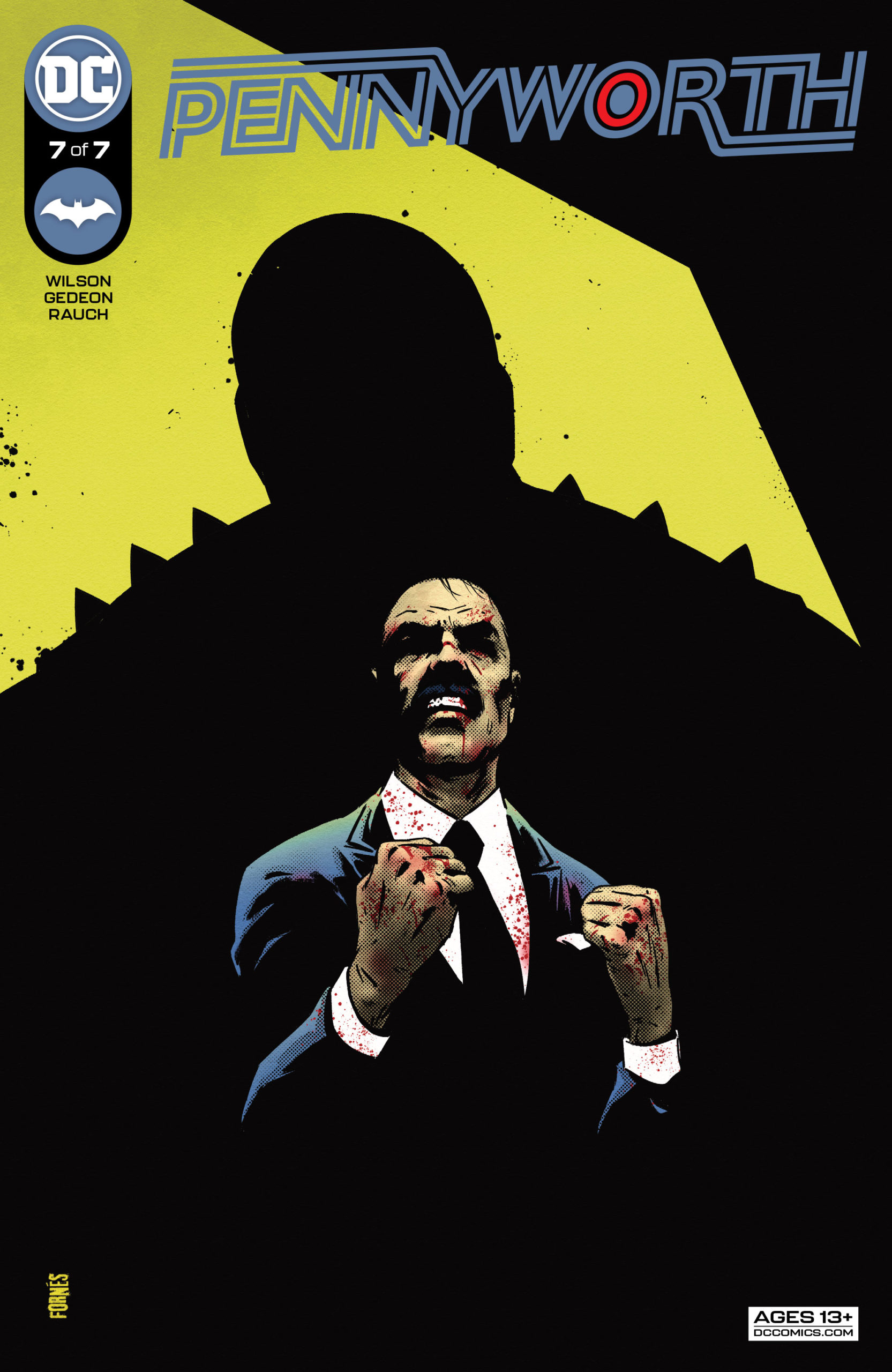 Here we are, at the finale of this seven-issue series. Alfred Pennyworth, it’s been a wild ride of mystery and intrigue. Looking back at how we left off, I had no idea how this would end… so, let’s just get right into Pennyworth #7 and close out this era with Alfie.

Listen, I don’t know about anyone else… but I have a terrible memory. Seeing Alfred and his god-like powers of recall really left me reeling. I mean, how are you expected to remember a code phrase and a scientific formula forty years after the fact? This just goes to show you, not everyone’s meant to be a spy. I rather enjoy that the most outrageous thing Scott Bryan Wilson wrote was that Alfred had a perfect memory. We aren’t really all that surprised due to Pennyworth’s character in general, but that was a tiny bit of a stretch there, considering that Barbara Gordon’s always been the one touted to have an eidetic memory, in the comics.

There’s something else that didn’t feel quite right either, the only female character in the series was a no-good, lying, crazy lady. I have to say, villainizing the only woman in the series was an interesting way to go about this. Scott Bryan Wilson has been a great writer in this series so far, but in Pennyworth #7 there didn’t seem to be a nice neat bow to tie everything up. This might be because Wilson was hoping to get a second series based around Alfred, so he’s left things ambiguous so anyone can pick up from the ending. I would love a second comics season with Pennyworth, but having an ending that felt more cohesive would’ve been great.

Come out of the Shadows

I’ve been saying it the whole series, but Juan Gedeon and John Rauch are a great team! I love the way they use shadows and tones, and Pennyworth # 7is no exception. This reminds me of the old-style spy movies with heavy shadows and slightly less saturated color. I loved seeing Dave Boy and Alfie, both of their designs are great and the way they interact with each other is wonderful. The facial expressions and the body language between them show the long years of friendship and trust they have. Gedeon and Rauch really smashed it with this series, right through to the last panel!

I’m going to miss Alfred Pennyworth and his spy drama. This was such a great series and I would recommend it to anyone who wants to see more of Alfred. Scott Bryan Wilson does a great job of writing these characters and plot twists. Although the ending was a little unfulfilling, I’m glad everything’s been left open for a possible sequel.