The Nightwing/Superman Crossover We’ve Been Waiting For!

Dick Grayson and Jon Kent will be working side-by-side in upcoming comics. It’s the Nightwing/Superman crossover we’ve all been waiting for!

Years ago, when Robin took his first uncertain steps away from Batman as his own hero, Superman stepped in and offered Dick Grayson crucial advice, support, and a name: Nightwing. Now it’s time for Nightwing to return the favor!

Before we finally get to see this team-up, however, we’ve been treated to a sneak peek into the past of these two young heroes, as well as an appearance from the super-dads themselves, Batman and Superman. Check out the flashback below. 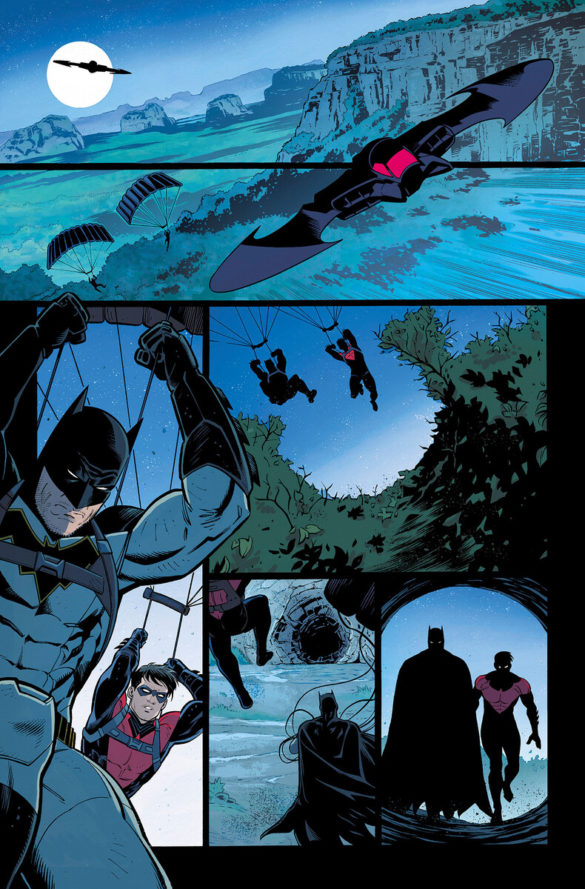 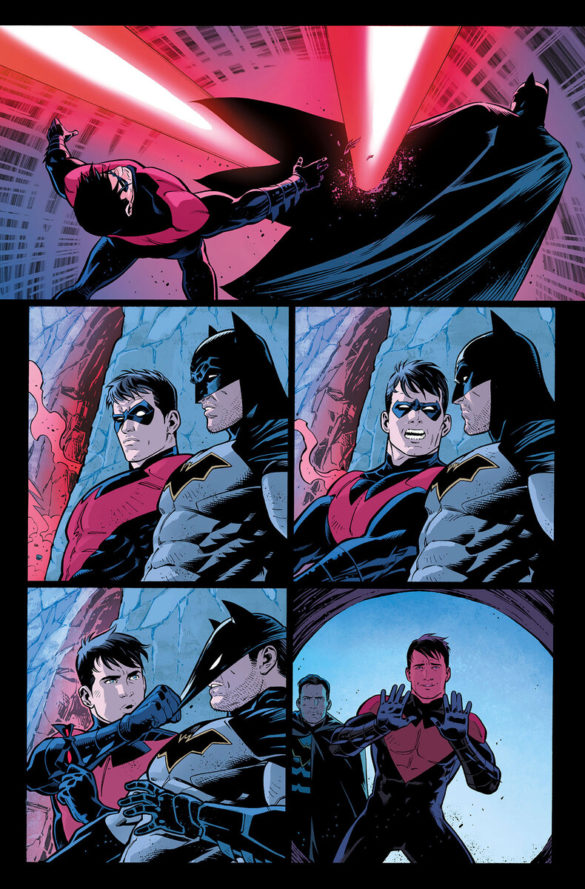 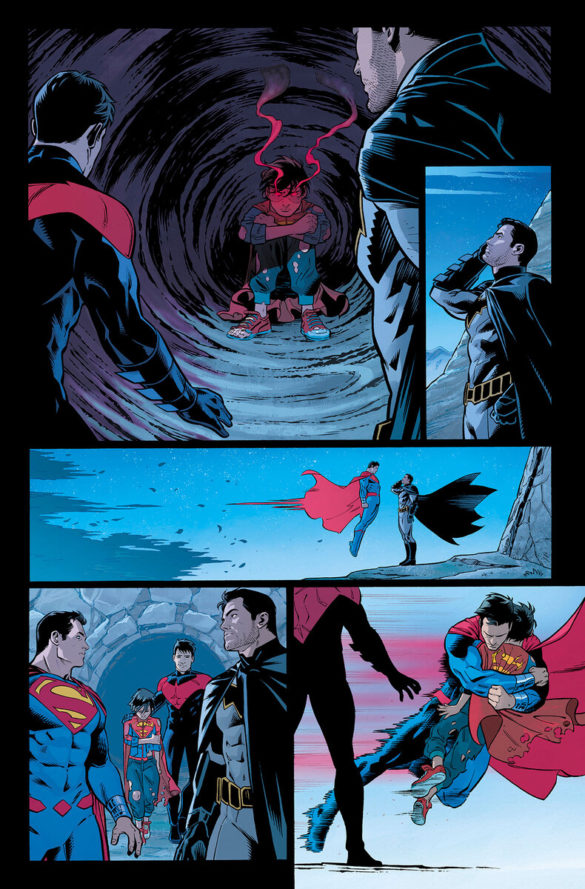 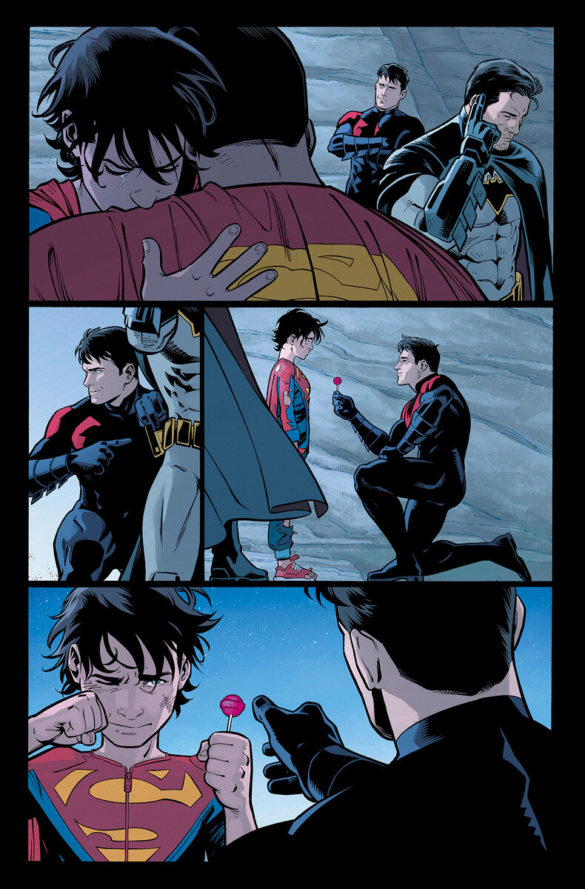 Although it is a little strange that Jon isn’t currently beside his reluctant best friend, Damian Wayne, it’s nice that he’s got an ex-Robin to help him learn the ropes of being Superman. After promising Clark Kent that he’d take care of the young Kryptonian, with someone murdering superpowered people loose on the streets, maybe Nightwing’s bitten off a little more than he can chew?

A lot of fans got to know Jon from all the great Super Sons stories, where he learned to control his powers beside the young Wayne, as well as how much trouble the former assassin can cause. Lots has changed since he’s grown up and he’s had to relearn many things, so it will be nice to see the new Supes fighting beside a different member of the Bat-Family.

The Nightwing/Superman crossover starts in Nightwing #89, out on February 15th, and will wrap up in Superman: Son of Kal-El #9, which will go on sale on March 8. Both issues will be reviewed by Dark Knight News.

If you want to see the Super Sons back in action, here’s our review for Superman & Robin #1, which is out now!