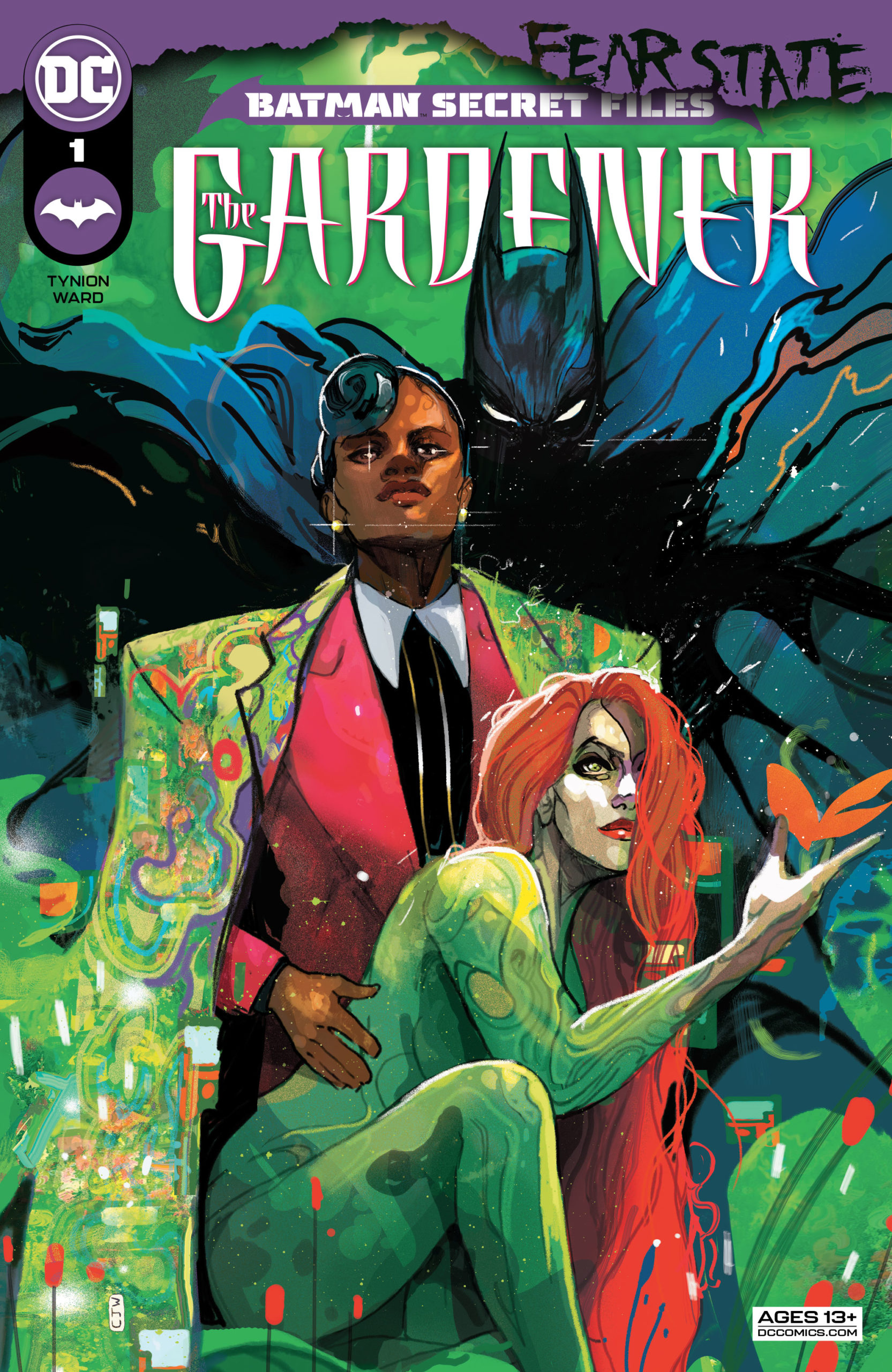 Batman is adopting all the queer kids, and I’m here for it! Another beautiful character has been added to his ever-growing family, and this one is stunning. In Batman: Secret Files: The Gardener, James Tynion takes us on an alluring story behind the makings of the character. By now, if you’ve been following this series from the beginning, you’ll be able to guess these are in dept introductions and backstories to newer characters from Gotham, and soon-to-be members of Batman’s family, rogues gallery, or a collection of young and eager vigilantes.

The story follows Dr. Bella Garten, discussing her meeting and interaction with Poison Ivy. It’s less a behind-the-scenes look at her creation and more on her meeting with Ivy. It’s beautiful to see interactions with familiar, and beloved characters. After reading this issue, I hope more stories come out following Gardener as she’s a gorgeous and intricate character, with morals and ideals that follow those of Gotham’s legendary crime-fighters. 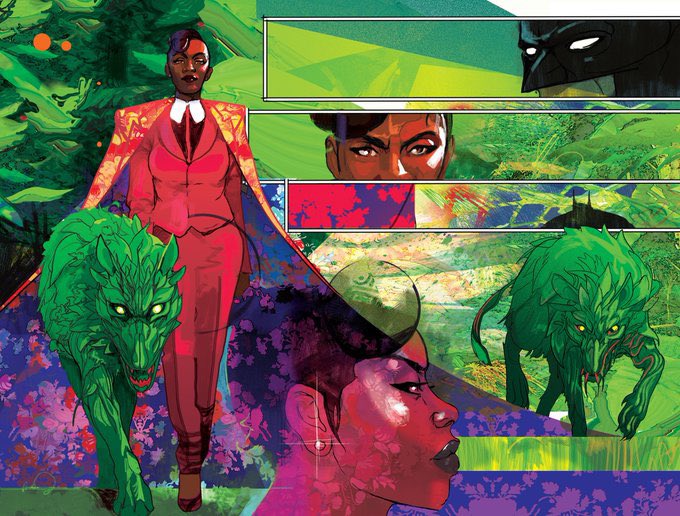 A common theme in all the issues of Batman: The Secret Files is anarchy; to change and challenge the system. Although, this issue doesn’t go into details behind Gardener, who follows Ivy’s ethics as an eco-terrorist. Like previous issues, such as Miracle Molly, Bella tells Batman how the system in Gotham is broken. Tynion gives us a taste of what Bella had gone through, but I have strong hope that her story will go into further detail in the future. However, I do love historical romance, and it’s not often we get to see past relationships of one of DC’s LGTBQ+ power couple, Poison Ivy and Harley Quinn (others being Midnighter and Apollo, and the recent Jon Kent and Jay Nakamura). Adding history behind DC characters only enforces more of a narrative on our favorites. Although it’s not a happy situation for Bella, I appreciate Tynion for adding this.

We may not feel as much for Gardener, as she speaks heavily on how wonderful and enamored she is by Pamela Ivy during their research, it’s still important to see queer love and its history. The structure of the story is a bit questionable, as it’s not entirely clear what the timeline is for when everything takes place. I’ve never been one to question comic continuity too much, but with all the changes happening, I’m happy to see more representation. Her story and mission are noble, as saving the environment is a message that DC shares through other characters as well, and I love the switch of eco-terrorists from villains to anti-heroes.

Beautiful. Christian Ward is one of my favorite artists so I was excited about this issue. For illustrators, in many instances, faces are given little attention. Often, the efforts are placed in action and costuming, but Ward does it all. The faces are detailed, emotional, and captivating and the connections drawn between Ivy and Gardener are eye-catching. I love Gardener’s outfit and design, she exudes butch aesthetics and great confidence. Her interaction with Batman is also drawn with power and intense expressions, as Ward has a knack for setting the mood with his colors and body language.

The whole comic has a psychedelic feel, and it’s a trip to see. The images are and astounding, and they lead the eyes to a spiritual place. The characters are discussing topics such as pheromones, chemicals, and plants, thus giving the art excuse to explore this more spiritual design. I love this as it inspires a unique art style. Ward makes his lines and colors flow into each other, which nurtures connection and entrancing imagery.

I’ve been enjoying this series greatly as it gives us a taste of these new and upcoming characters in the DC world, and I particularly applaud how they’re almost all either directly part of the LGTBQ+ community, or very queer-coded. This is an important message, as Batman includes these people, eventually into his family. These characters come from a lot of pain, oppression, and hardship… as does Bruce Wayne.

These characters are given access to guidance from him and other members of his family. This is a positive perspective that many people could use, even if they aren’t a hero, villain, or anti-hero. I’ve also been loving each message from the stories, often to fight against a corrupt system such as capitalism, pollution, and abuse of power by the extra-rich. The art in Batman: Secret Files: The Gardener is stunning, as the colors used are mixed with emotion and effort.

This was an interesting read, and seeing more of DC’s icons is always lovely.