TUBBZ, the collectible cosplaying duck figurines! have added two new pieces to their DC Comics collection; Two-Face and Catwoman. The ducks, which were designed and engineered by Numskull Designs, come boxed in a DC Comics collectors bathtub display stand featuring the Batman logo and which can be stacked on top of other TUBBZ. Each one measures approximately 9cm (3.54”) tall when outside of tub display stand (some may vary). 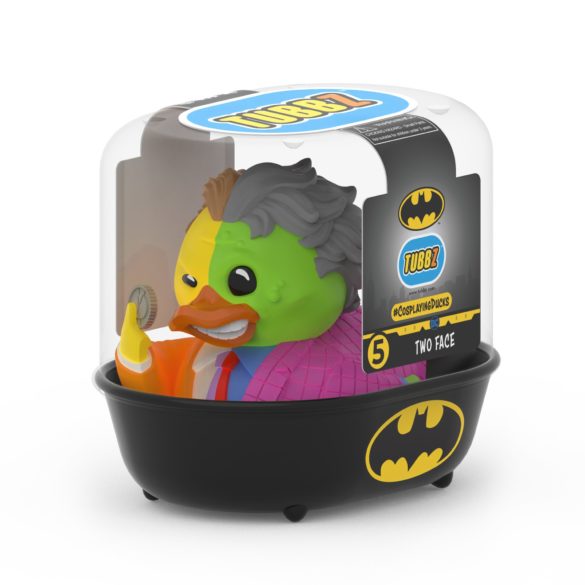 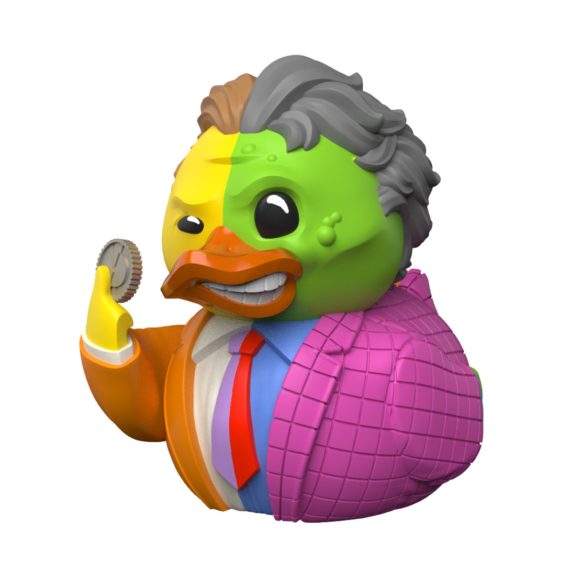 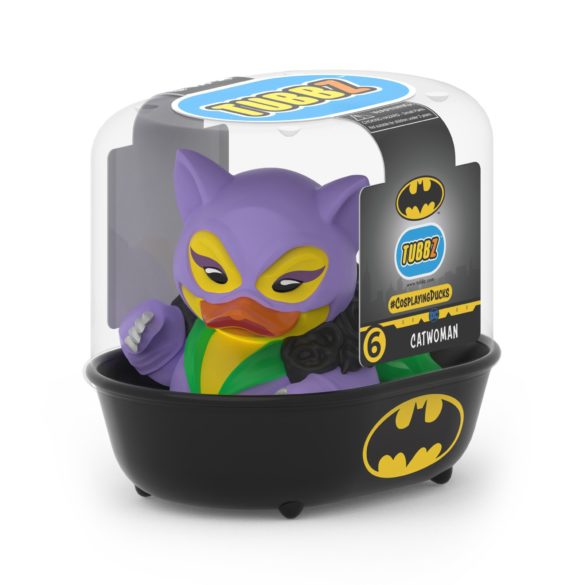 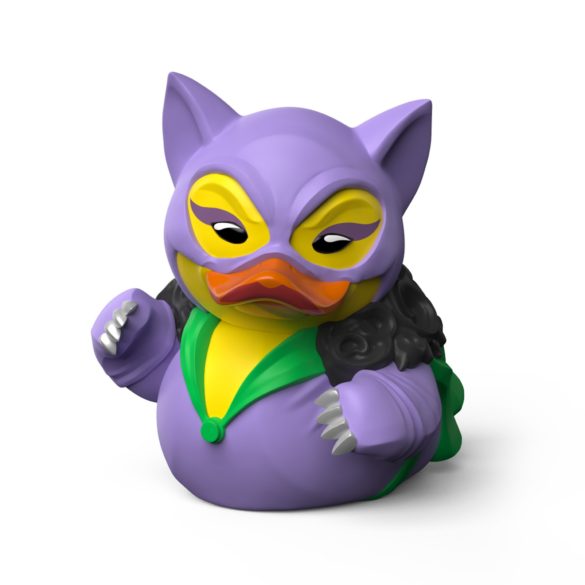 The Two-Face duck has his signature double-headed coin, half face, and half suit, while the Catwoman duck comes in her purple costume with sharpened claws. These two new ducks are part of the TUBBZ DC Comics collection which also includes Batman, Robin, Wonder Woman, Aquaman, plus villains The Joker and Harley Quinn. 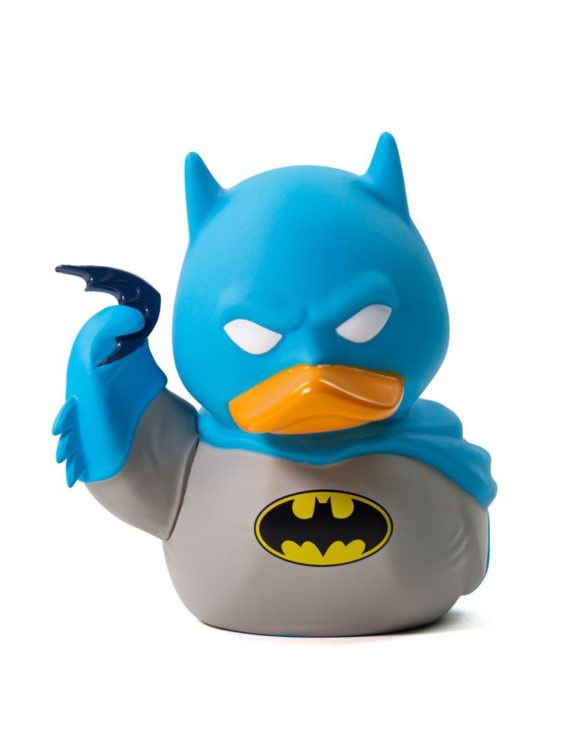 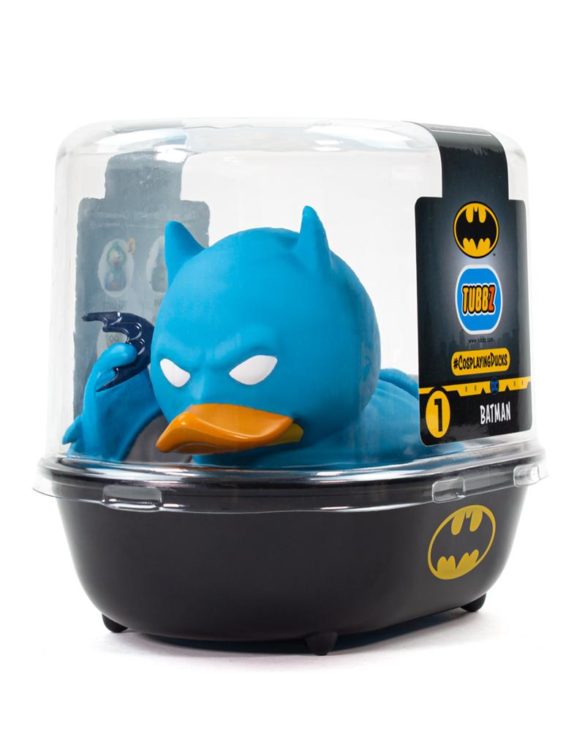 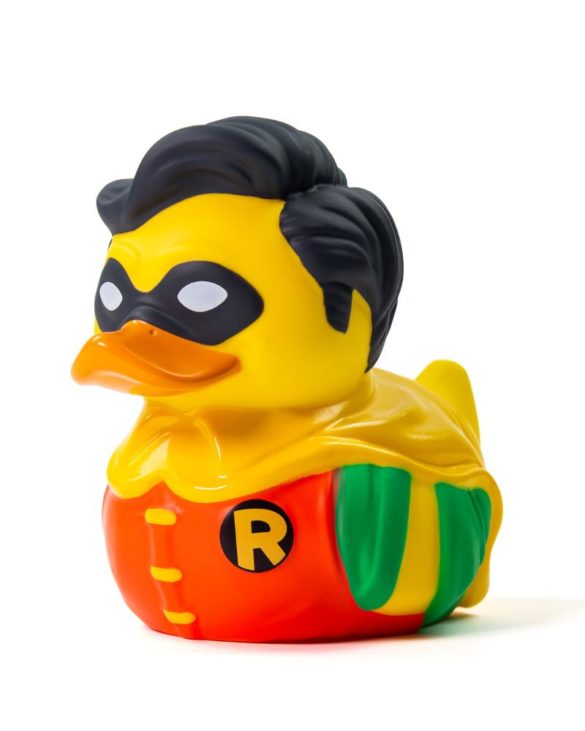 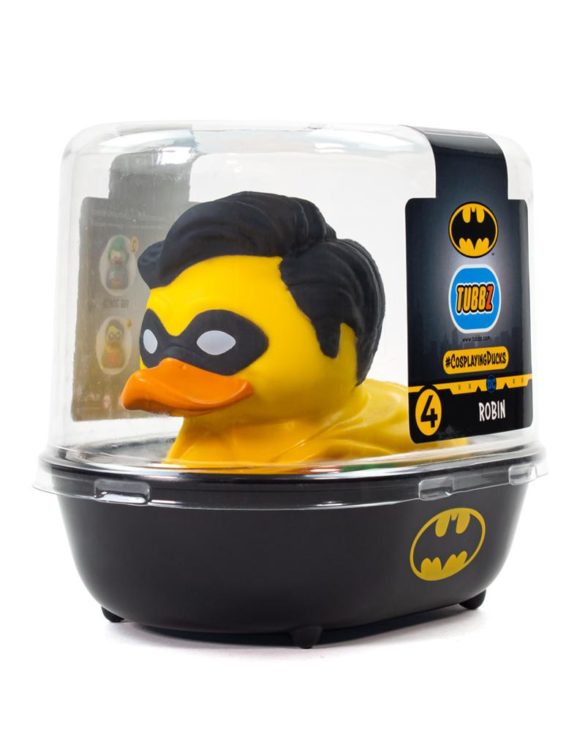 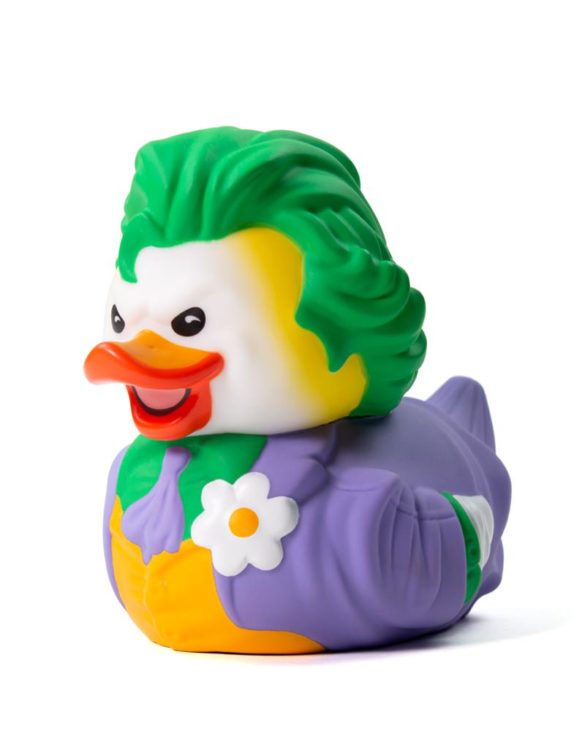 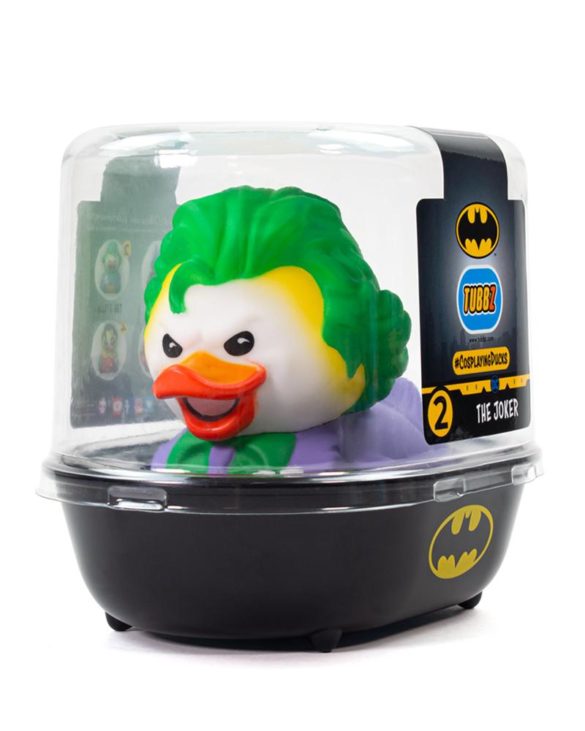 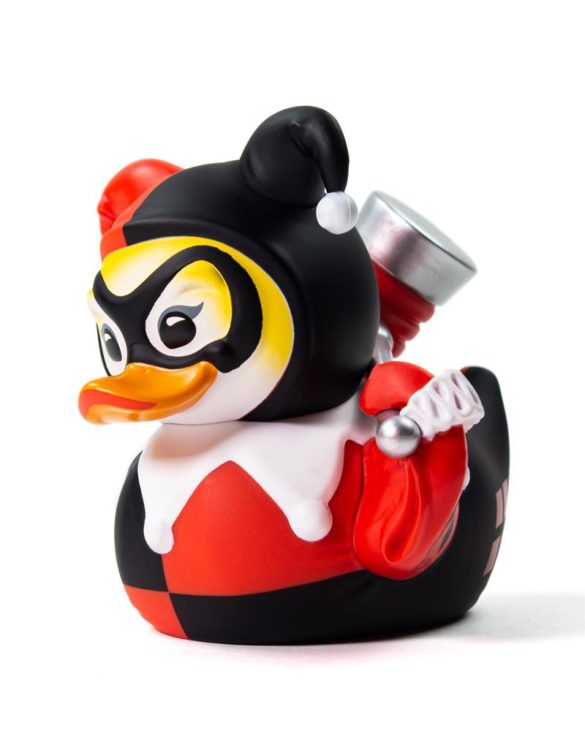 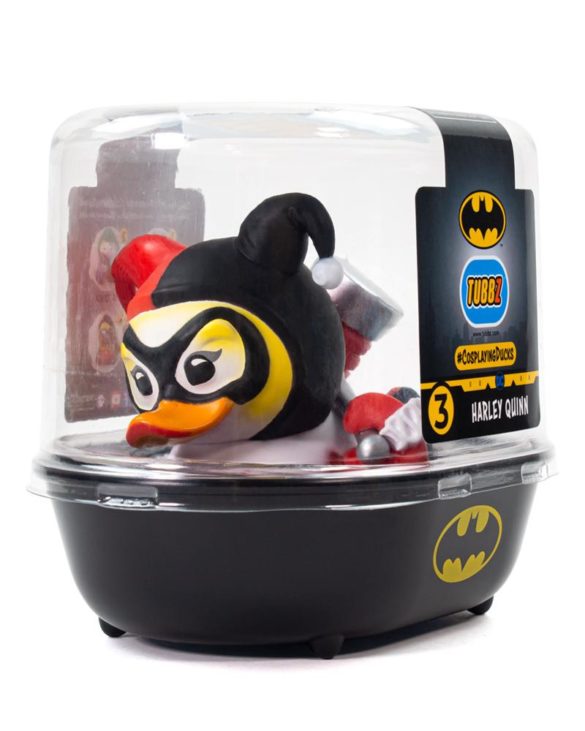 The Batman duck comes with his grey and blue suit and a Batarang, Robin has his classic red, green and yellow suit. The Joker has his purple pinstripe suit with a flower attached alongside his trademark painted face and bright green hair. Harley comes dressed in her black, red, and white costume and is holding her mallet.

All of the Batman TUBBZ have the same stand which is nice, but I personally think it would have been much nicer if they all had their own individual designs. 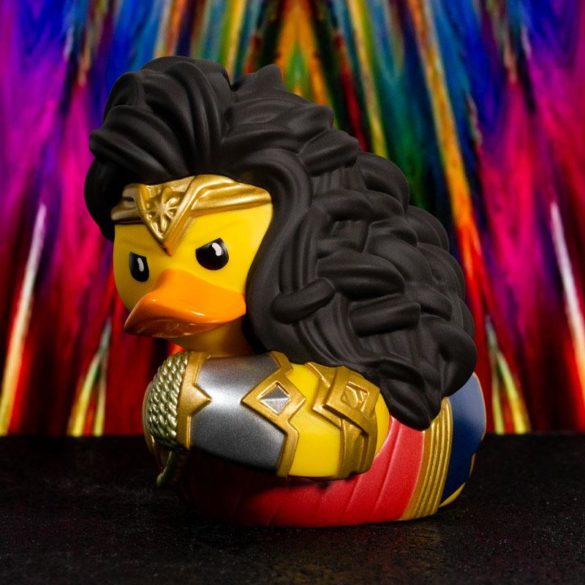 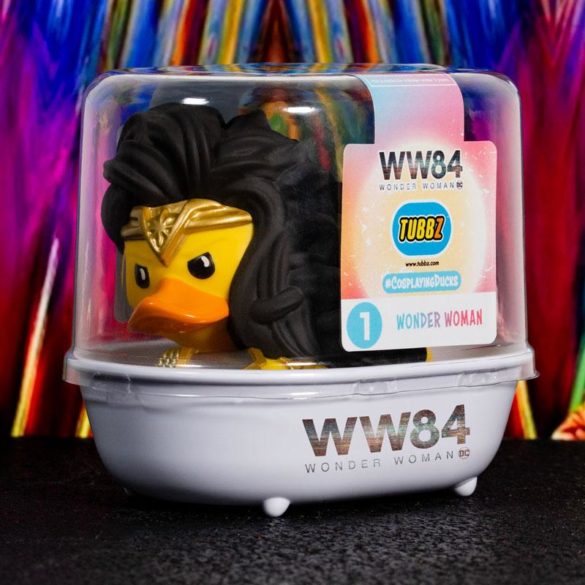 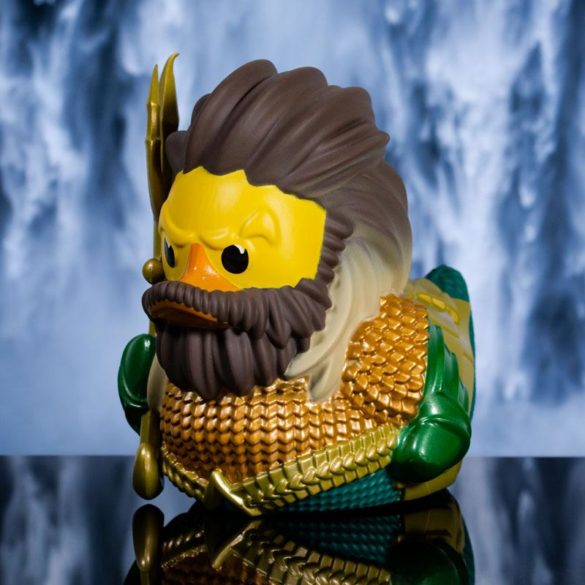 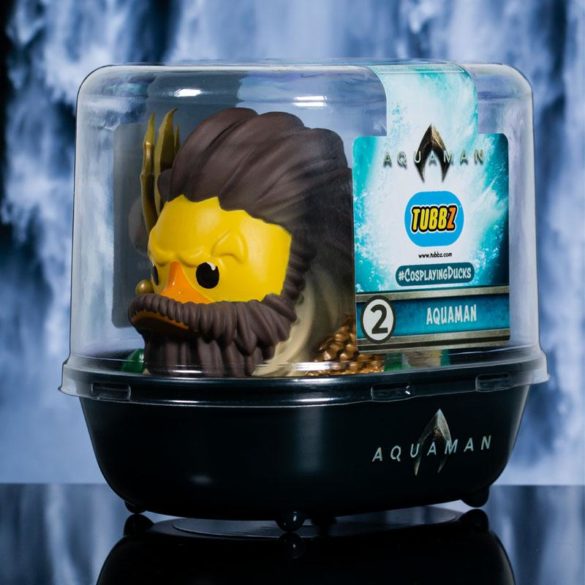 The  Wonder Woman and Aquaman ducks are different to the other ducks in the collection, as their designs are based on the movie adaptations. Wonder Woman has her armour and lasso and comes in a white bathtub stand with the WW84 logo on the side. Aquaman has his gold and green suit from the movie and his trident and comes in a black bathtub stand with the Aquaman movie logo.

All of these duckies are super fun and super cute and would look great in any DC fans collection. With Christmas coming up they would make fantastic gifts. I really like the fact that the bathtub stands are stackable because if you have the whole collection this makes it much easier to organize them and keep them all together.

I absolutely love these little ducks and really hope that TUBBZ releases some more DC Comics characters. I would personally love to see a duck version of The Riddler!

The ducks are available to order from JustGeek and each one costs $16.99/£14.99. They currently have a special offer where you can buy two ducks for $30/£25. The Two-Face and Catwoman ducks are available for pre-order and are expected to be released in April 2022.

You’d be quackers not to pick them up!

Images May Be subject To Copyright