After many trials, with a revolving door of writers and directors, it seems that The Flash movie is finally underway. And the rumors say we’re getting a Flashpoint-inspired film. Or at the very least, the film will be multiversal. One of the pieces of evidence for a multiverse that has Batfans particularly excited is the possible inclusion of Michael Keaton. And Andy Muschietti, the Flash‘s director, is aware that we know and took to Instagram to tease Michael Keaton’s Batman.

A couple of days ago, Muschietti shared a photo with no context or caption. It was enough to send Batfans over the moon. The photo looks to be the Bat symbol on an aged Batsuit, a bit of blood splattered. The symbol is of the wide bat over a yellow oval that is most often associated with the Tim Burton-directed Batman Returns. Add to the fact that the suit looks very similar to the rubber body armor that Keaton wore and we’re almost certain that this is a reference to Michael Keaton’s Batman.

Could this be Michael Keaton’s Batman?

While it’s very true that several incarnations of the Bat have used this specific Bat symbol, the texture of the suit is a dead giveaway. And since the rumors surrounding Michael Keaton’s Batman have circulated for a couple of years now, I’d say our assumptions are correct. I’ve even read speculation that the blood splatter is a reference to The Comedian’s button from Watchmen. I’m not personally very well versed in Watchmen, so I’ll leave that up to you to decide 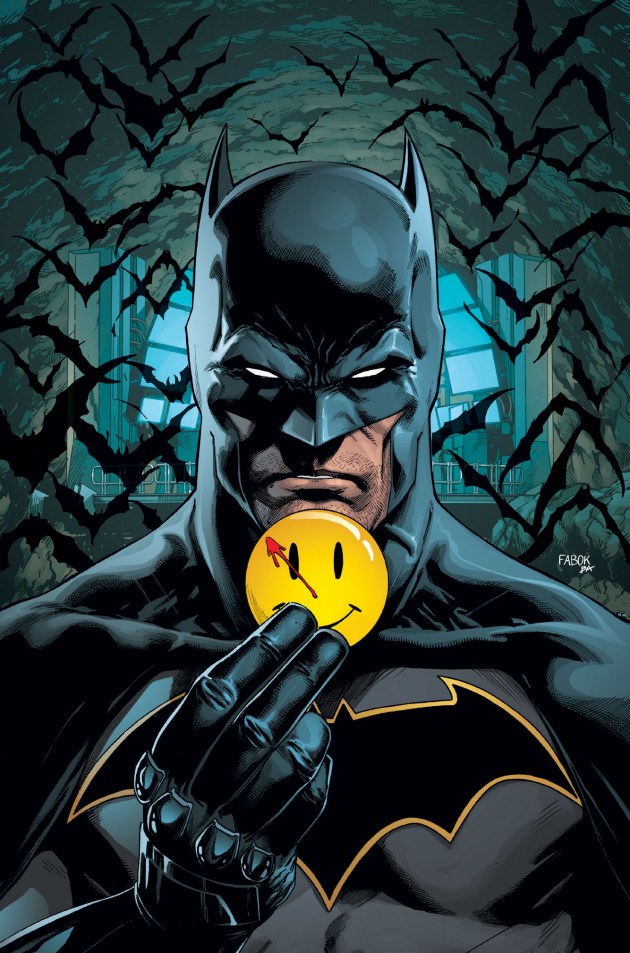 What do you think? Is this a proper tease to Michael Keaton’s? Do you think that the blood is a reference to the Watchmen? Let me know.

‘Pennyworth’ Drops a Season 3 Trailer and a...