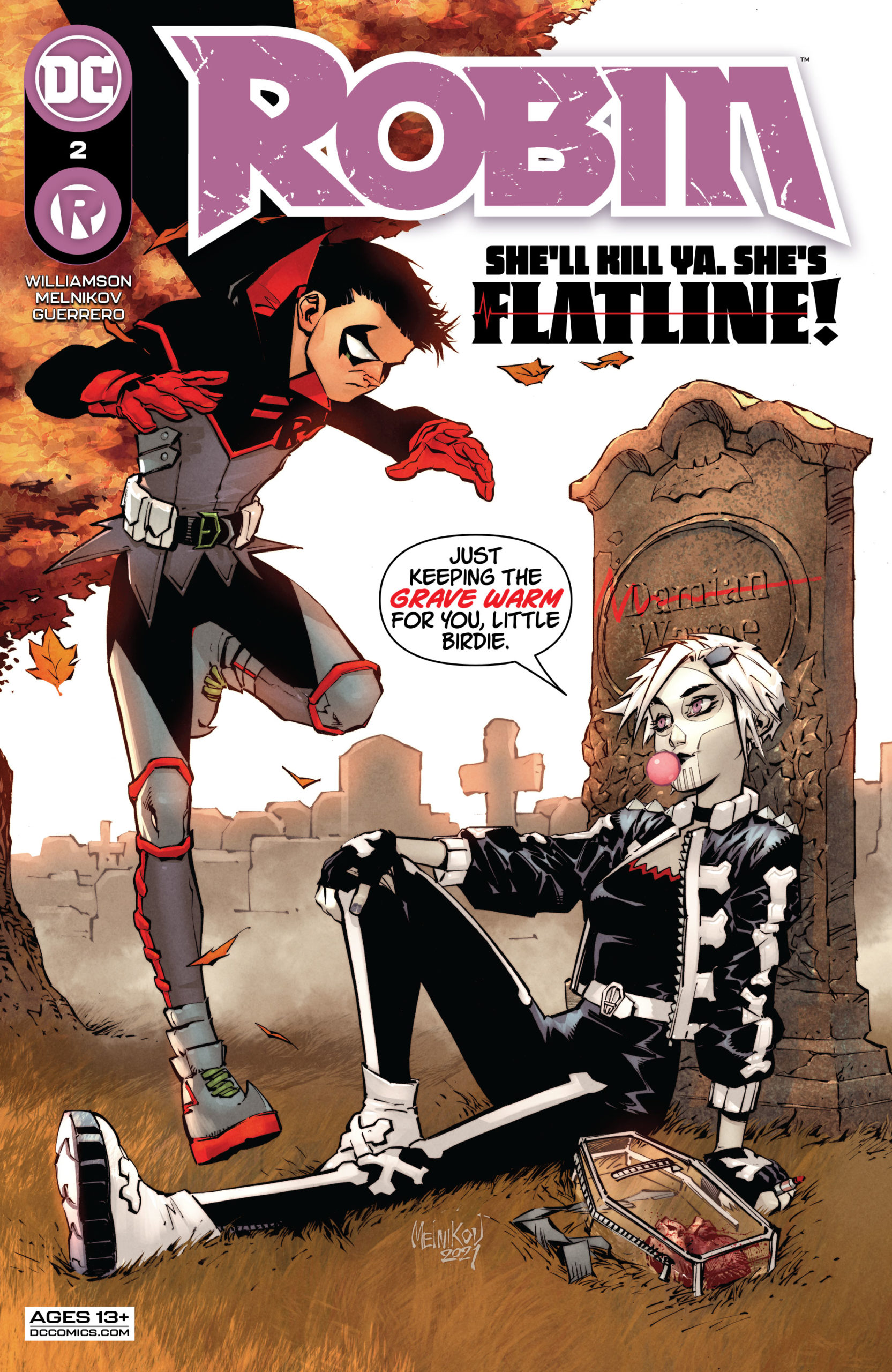 After that heart attack of an ending in the last issue, I couldn’t wait to get my hands on Robin #2.

Clearly unhappy with his parents hiding Lazarus Island from him, Damian Wayne is convinced that there’s a mystery to solve. His mouth has already gotten him into trouble, and he’s been here less than 5 minutes. Now we join this petulant child in trying to prove to his parents that he’s right.

Does anybody need an extra life?

That was an absolute beast of an ending to get over, so I’m very happy that Joshua Williamson jumped straight back in and answered most of my questions in Robin #2. I still have one left, though… WHY?! Joshua’s storytelling might be great, but that doesn’t mean it’s good for my emotions! Finding out more information from Ravager is a very good way to get Damian and readers introduced to Lazarus Island and the rules.

I love the interactions between Damian and the other combatants, as Williamson really knows how to write Damian as a character. The violence really shone through in Robin #2, and the way the writer’s planned out the rules for the island is great. I was hoping for more of a reaction from Damian when he found out who the people on Lazarus Island were, so here’s hoping we get some interaction with Damian and Connor soon!

Gleb Melnikov has somehow managed to make a very violent child look like an angel. This is no easy feat to accomplish. This is possibly the most peaceful I’ve ever seen Damian Wayne. Robin #2 has some absolutely stunning artwork, as Melnikov has worked brilliantly with  Luis Guerrero to create a gorgeous-looking comic. There are about 3 pages of pure violence that I love. They convey fluid motion and grace, things you wouldn’t normally associate with bloodshed.

ALW’s Troy Peteri also shines in Robin #2. During the fight scenes and while Damian is waking up you can see Troy’s talent. The manner in which the letterer has added the sounds and exclamations really adds an extra level to the issue; it flows very well with the artwork and pops brilliantly with the violent panels.

I was googling how to spell Lazarus Island when I came across the knowledge that it’s actually a real place! It’s a small uninhabited island in southern Singapore. After reading Robin #2, I highly suggest it stays that way, even though I’m exactly the kind of insane person that would want to go and check it out… just in case there is a mystery to solve.

I’m with you, Damian Wayne!

I cannot wait to find out what happens next. Is someone going to get voted off? Will there be a romance? Will Robin find out anything about the supposed mystery? Tune in to find out, next time on ROBIN.