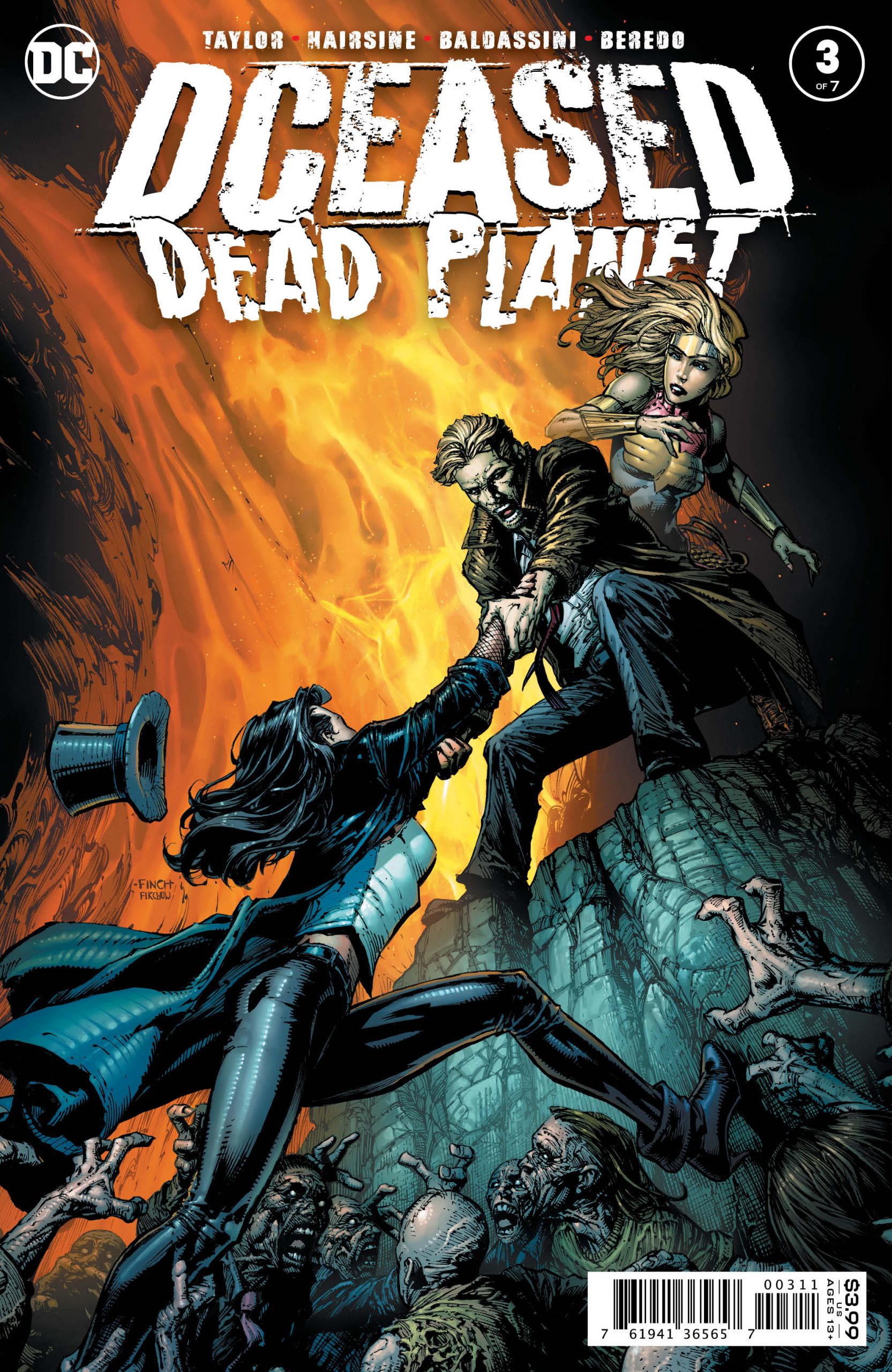 DCeased: Dead Planet #3 is an issue full of surprises, but each and every one of them serves the story, and the characters, perfectly.

Tom Taylor could easily be seen as the man who destroyed the DC universe. In his two Injustice epics he killed Lois Lane, the Joker, Nightwing, and many others. With his DCeased tales he’s killed countless more, including about 90% of the civilian population of the planet Earth. Yes, his body count is massive, but for every death Taylor (often gruesomely) delivers, he also hands out beautiful, shining moments of hope, and love. There’s a scene in this issue featuring Damian Wayne and Jim Gordon that made my heart melt. Oh, Tom… you old softie. Well done, sir. Bravo.

Don’t be fooled into thinking this issue’s all hearts and flowers though… oh, no! Another staple characteristic of Mr Taylor’s style is his action, and he delivers that in truckloads too. Plastic Man has always been seen as a bit of a joke, but in both this issue and the last, this creative team have made him a force to be reckoned with. 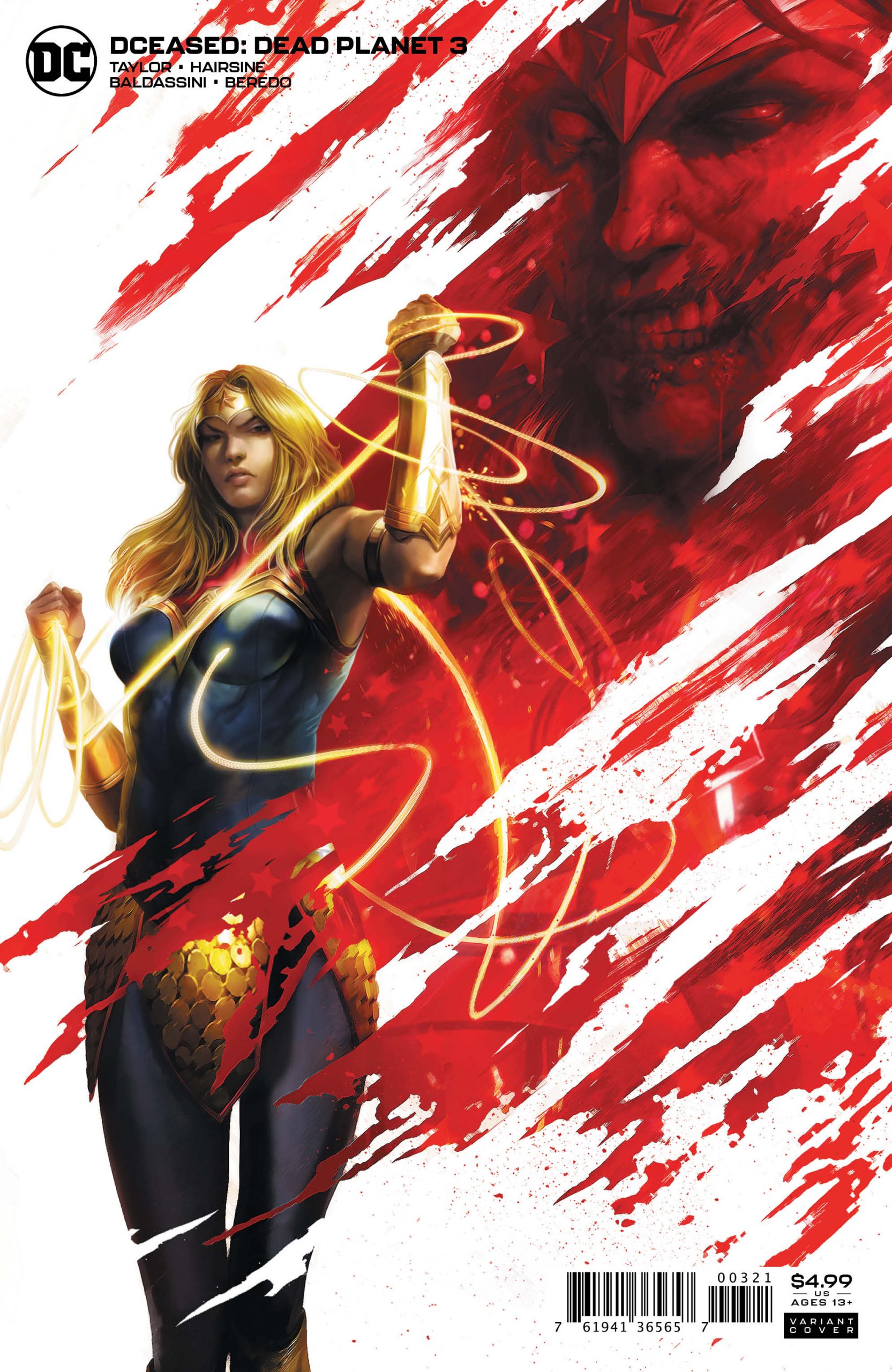 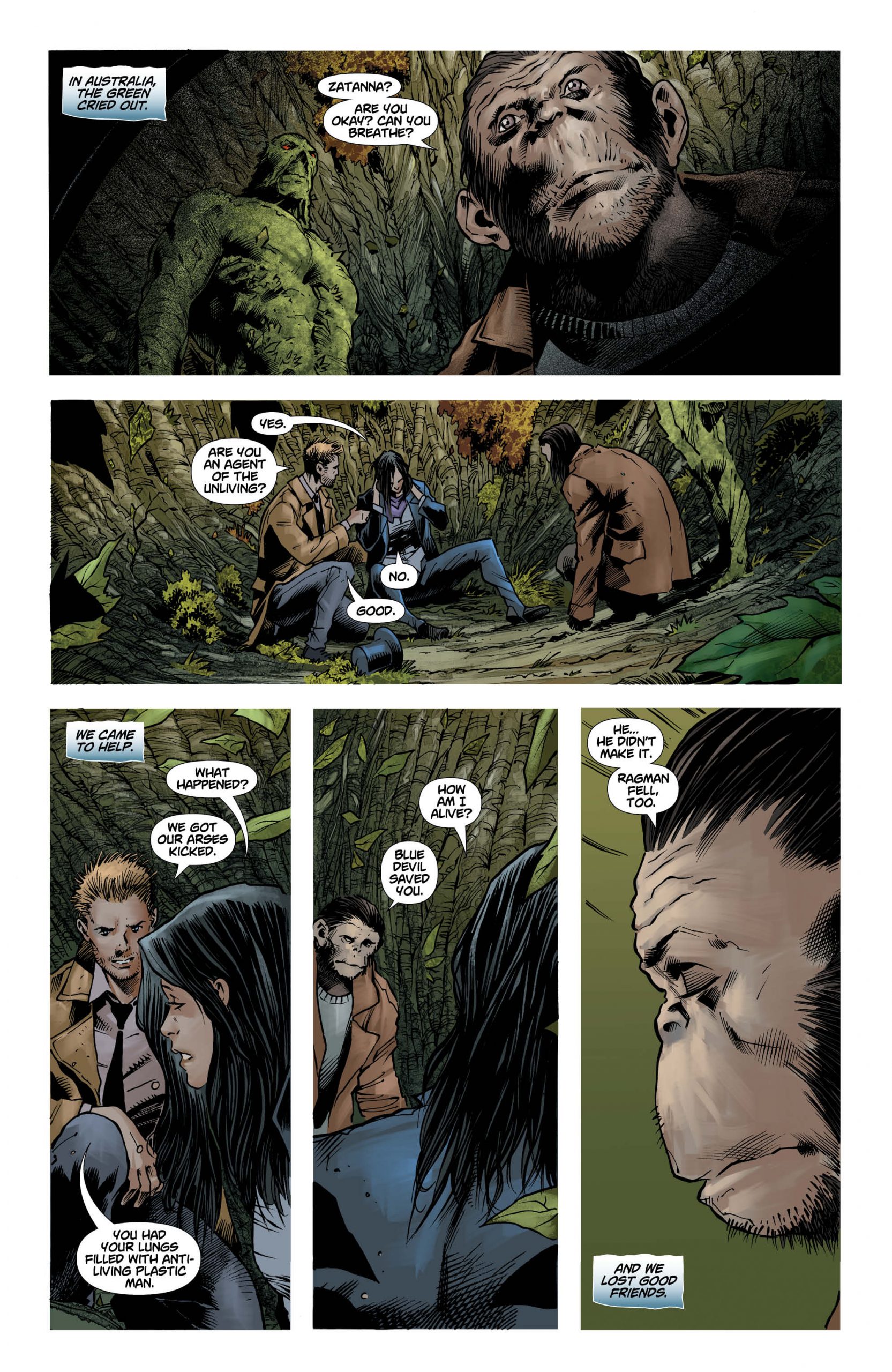 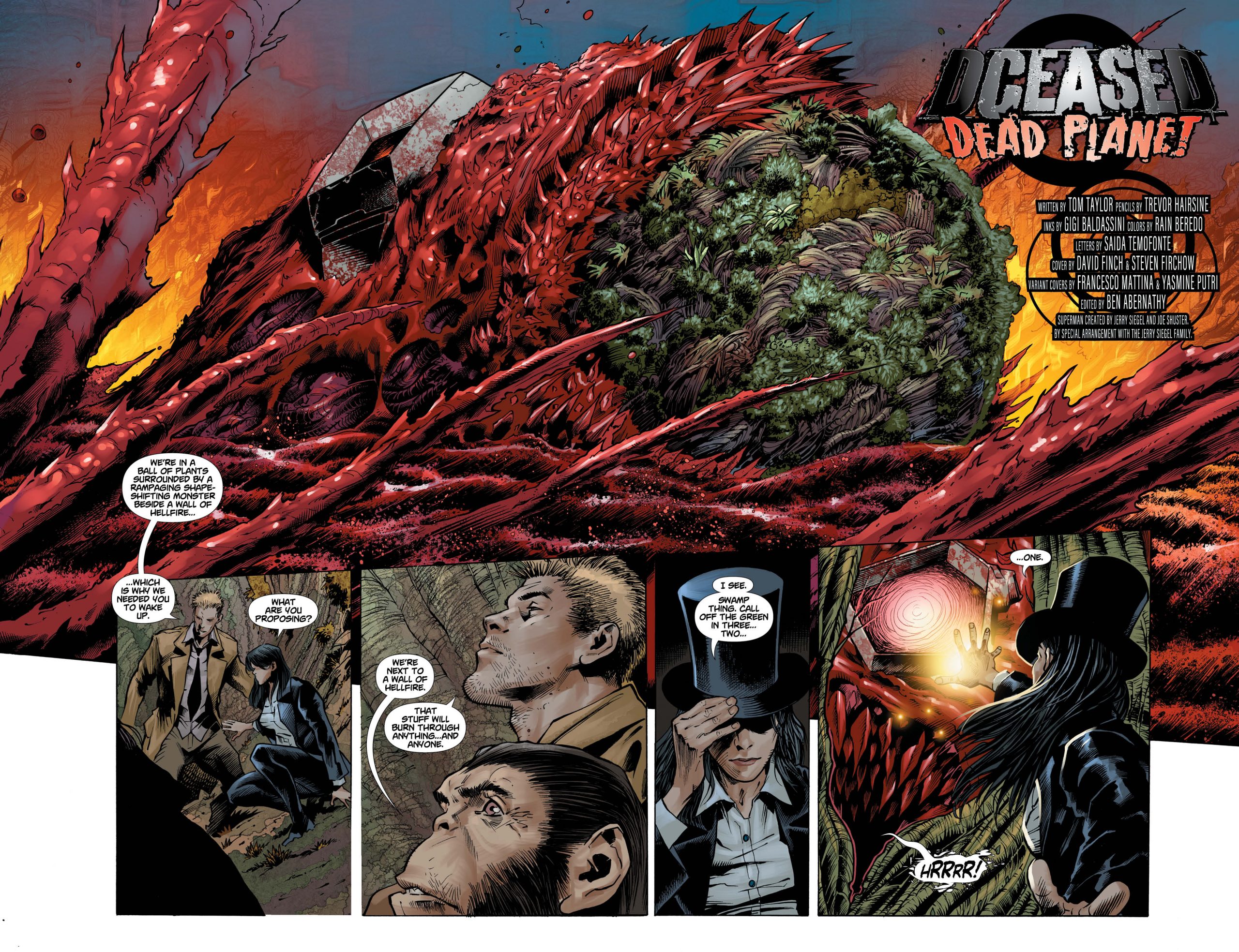 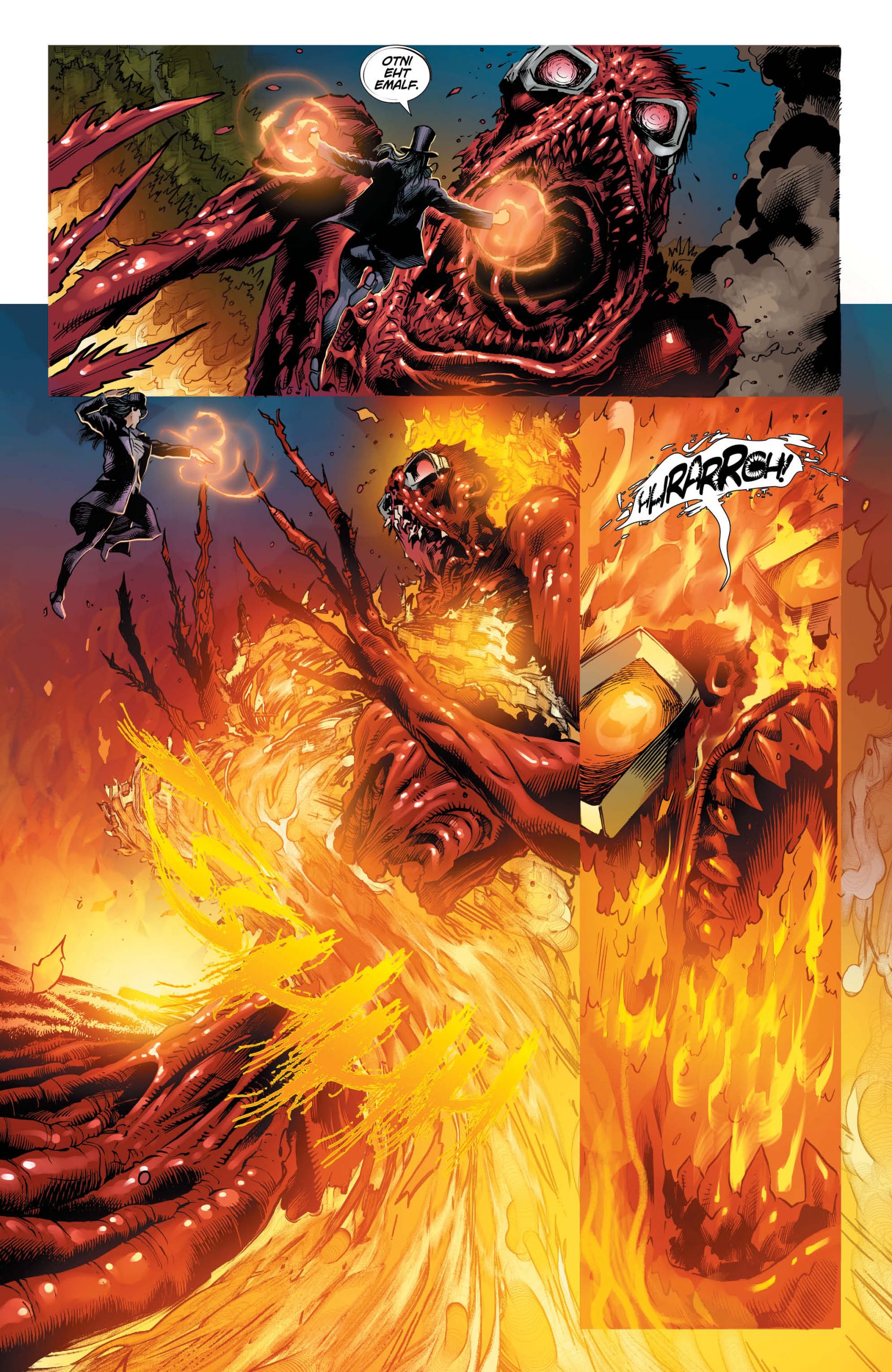 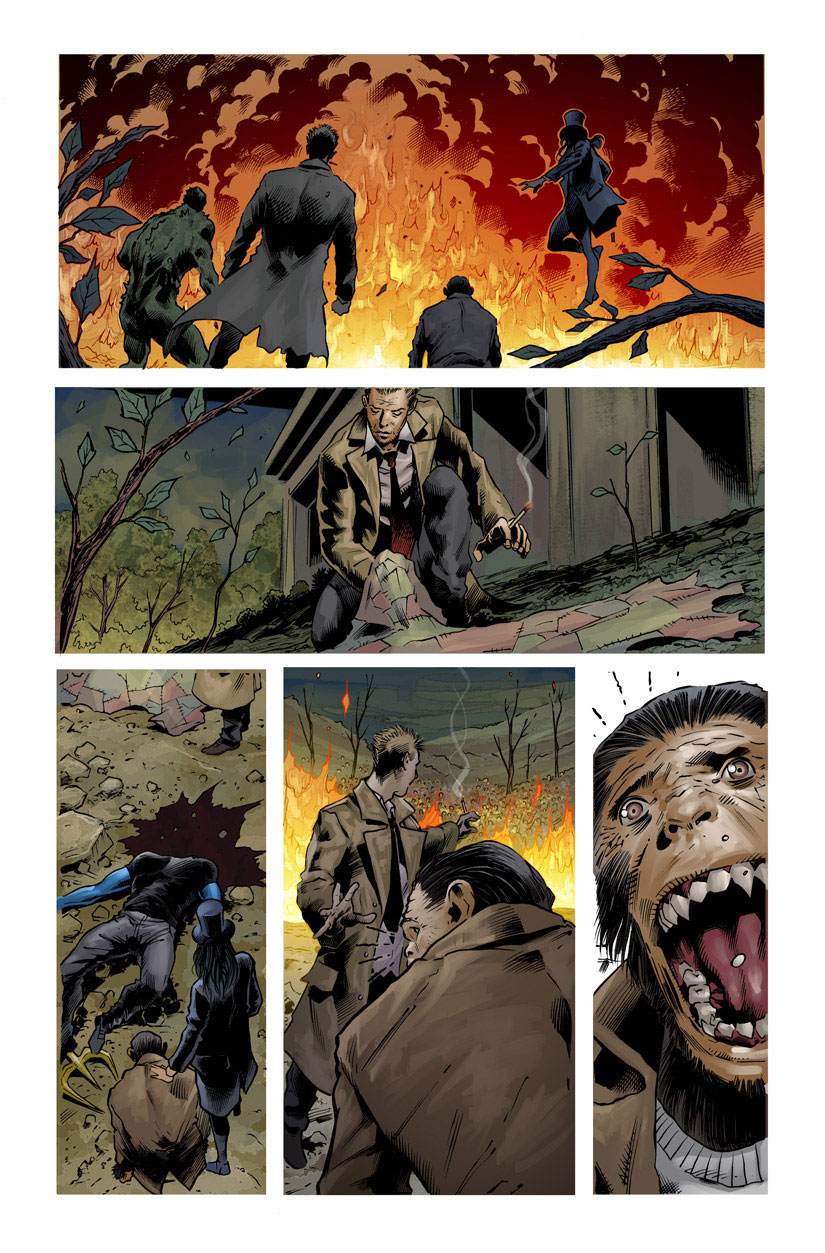 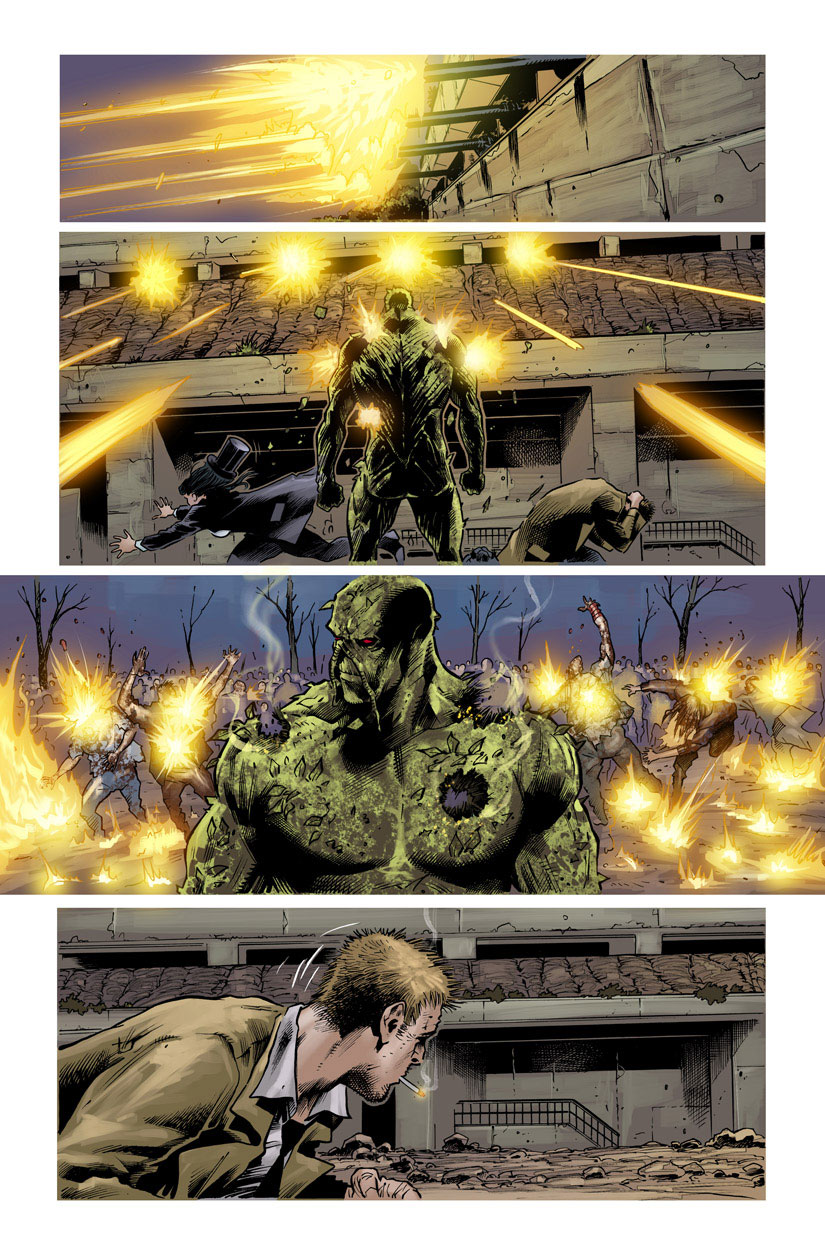 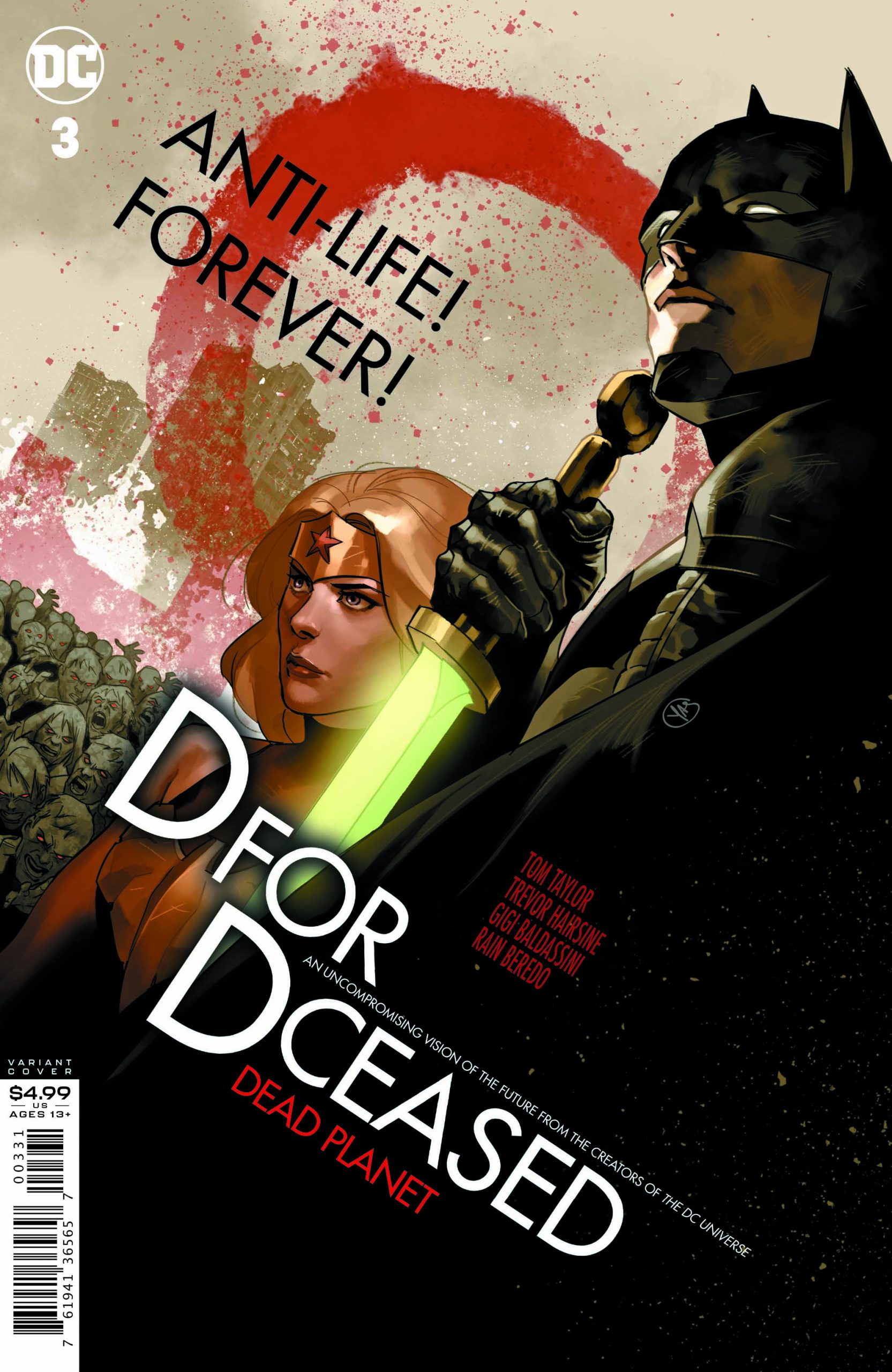 A World In Flames

Trevor Hairsine, Gigi Baldassini, and Rainier Beredo blow my tiny little fanboy mind. As much as Tom Taylor’s writing, a defining characteristic of all the DCeased series has been the terrific, unconventional art. This issue ticks all of those boxes. From sombre simian sleuths, to undead plastic rage beasts, this team can deliver the quiet, emotional scenes as powerfully as the explosive action ones. I’ve always loved Zatanna, and the way she’s portrayed in these pages rivals her “in -continuity” adventures, as seen in the pages of the wonderful Justice League Dark. If any DC character deserves her own book, it’s Ms. Zatara.

Great lettering by Saida Temofonte rounds off yet another near-perfect comic. Check out the logo on the double spread on pages two and three. Brilliant.

Some writers and artists excel at action, others are more at home with dialogue, or emotional content. Few can produce shining examples of both as consistently as the fine talents behind DCeased: Dead Planet #3. We get drawn in by the (all-too human) superhuman characters, thrilled by the action, terrified by the monsters, and hooked on the spectacle.

These titles rank amongst those that I devour digitally, collect monthly, and that I also invest in the collected editions of. Great stuff.