“A Battle Of Realities” 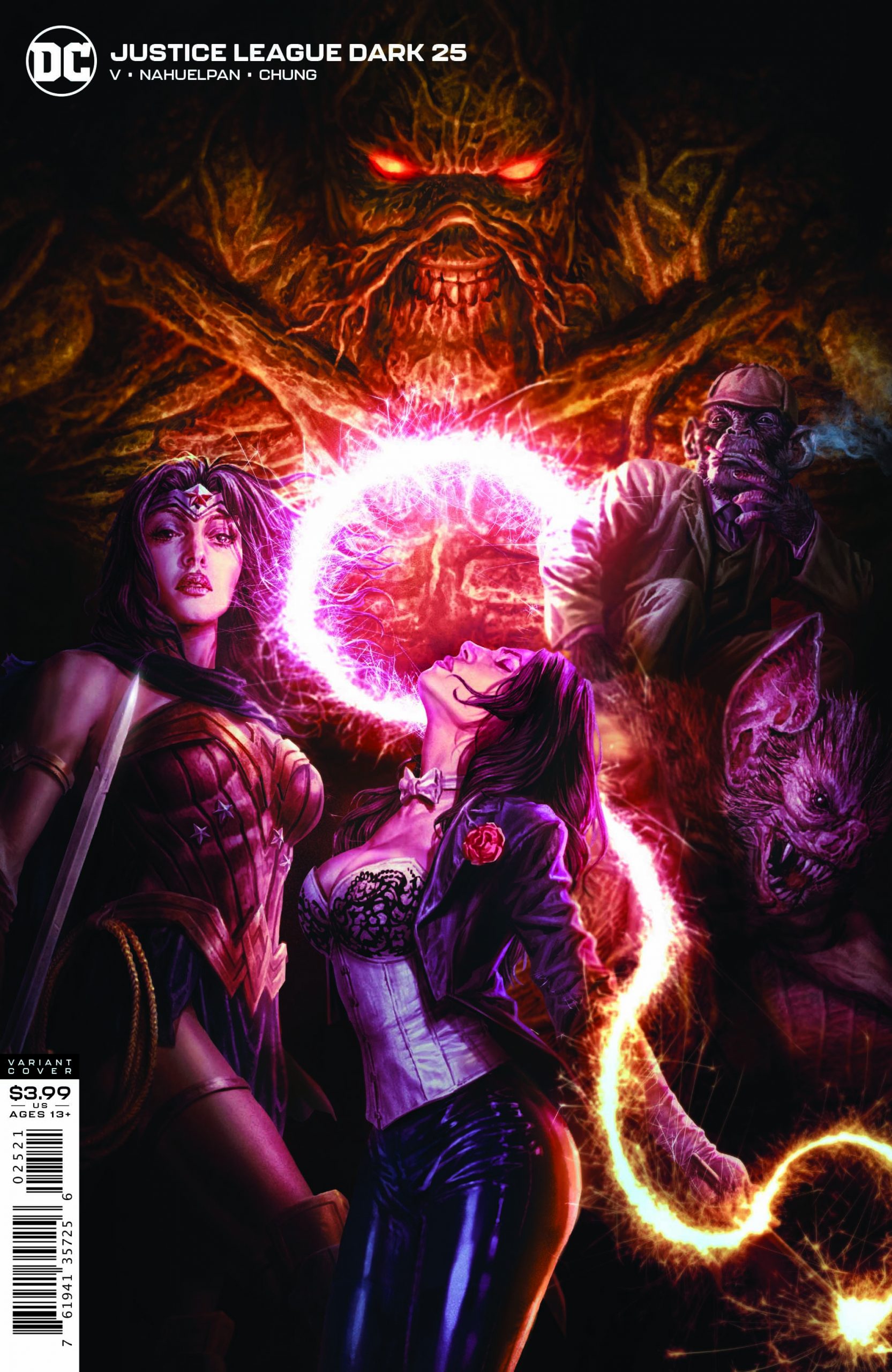 Justice League Dark #25 gives us a lesson in magic, and a welcome one at that. Since this series, started we’ve been told that there’s nothing easy about it, and, just as it with with science, there are rules, and laws. For every action there’s an equal and opposite reaction, and with magic nothing comes for free. No matter how miraculous, or instantaneous the results, balances and measures are in place, and everything has a cost.

Ram V is doing a superlative job on this title. He’s managed to bring a unique, fresh voice to the proceedings, but he’s also respecting, and building on all the great work his predecessor started. This is both impressive, and incredibly cool. Zatanna’s power is nothing short of awesome, and the fact that Ram’s showing us that it does have limits, and that it comes with a price, is refreshing and realistic, and makes these characters more sympathetic and human.

Nothing could be further from the truth when talking about the Otherkind, or their master, the Upside Down Man. I’m an adult, so I’ve seen a lot of scary stuff, but this character still creeps me the [email protected](# out! I don’t know if glad is the right word, but I’m definitely pleased to see him back in these pages. 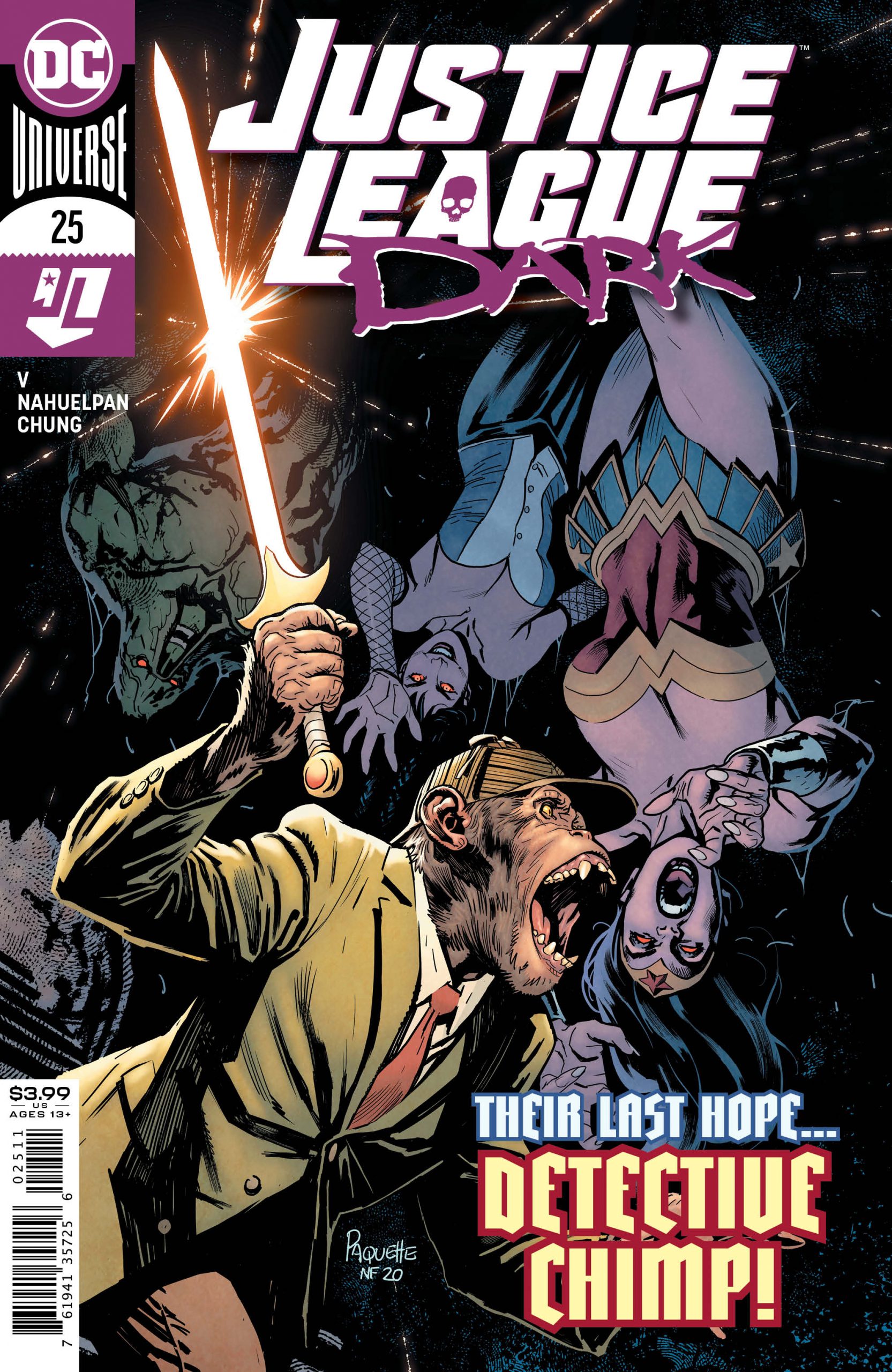 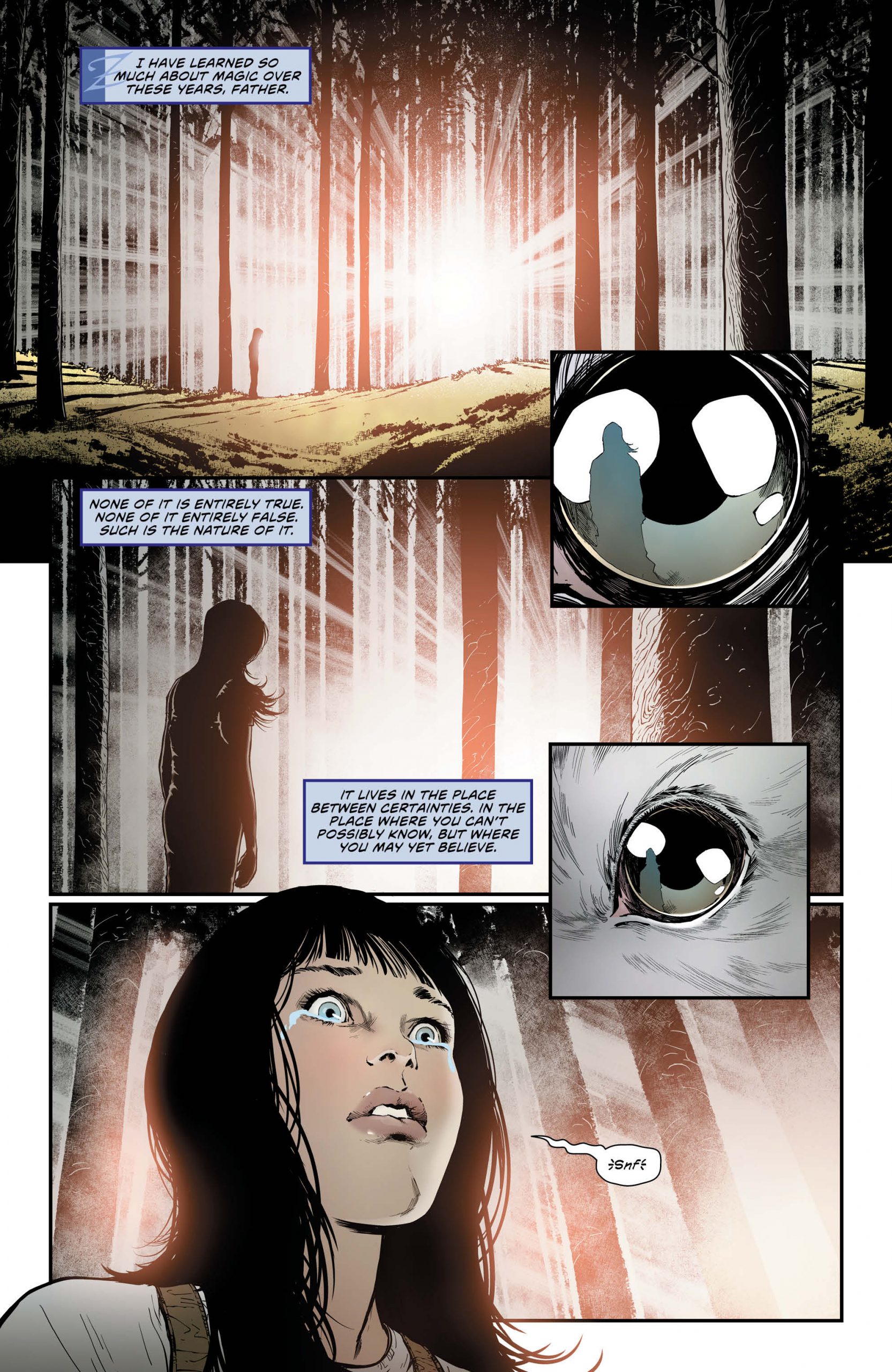 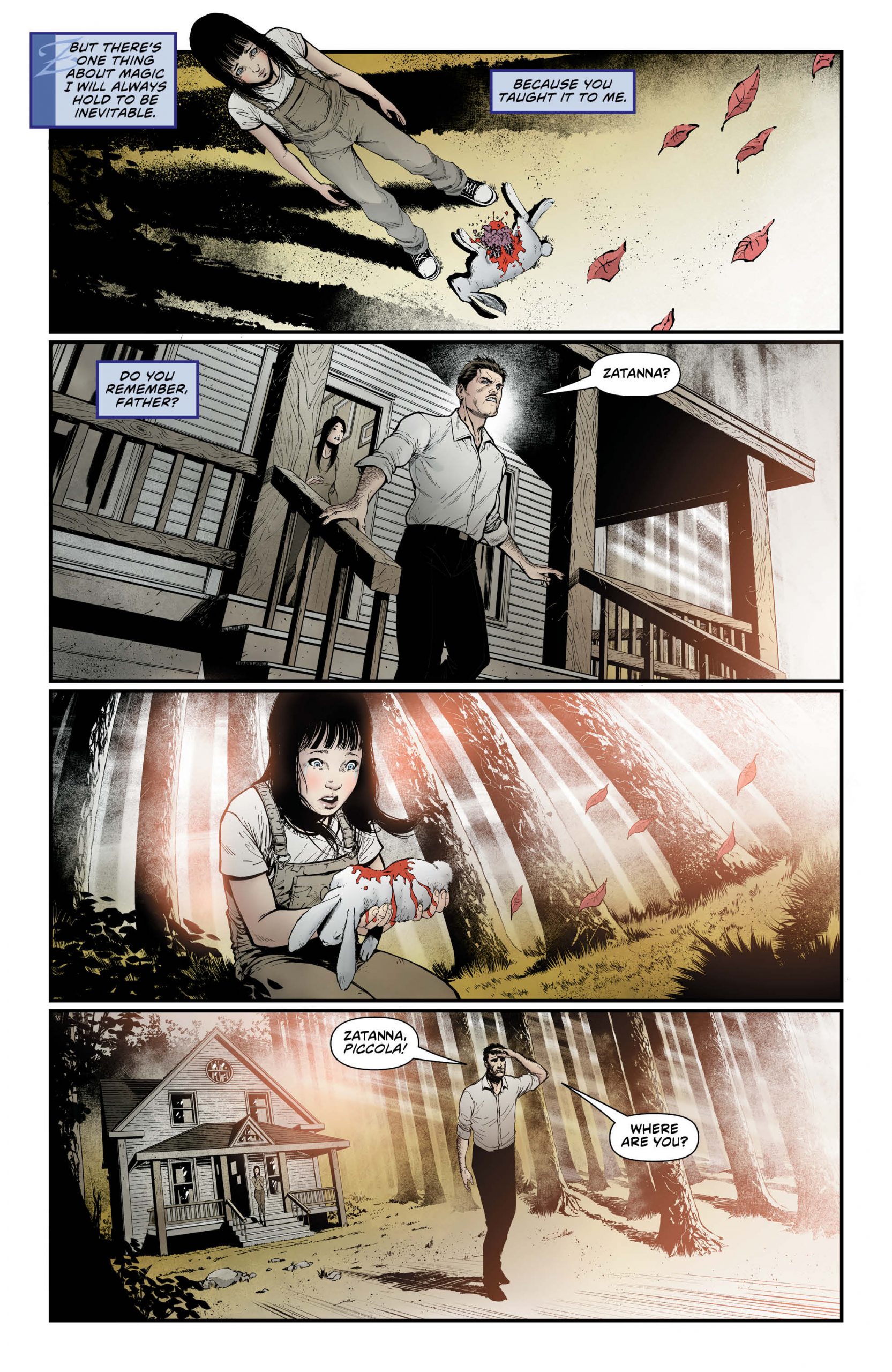 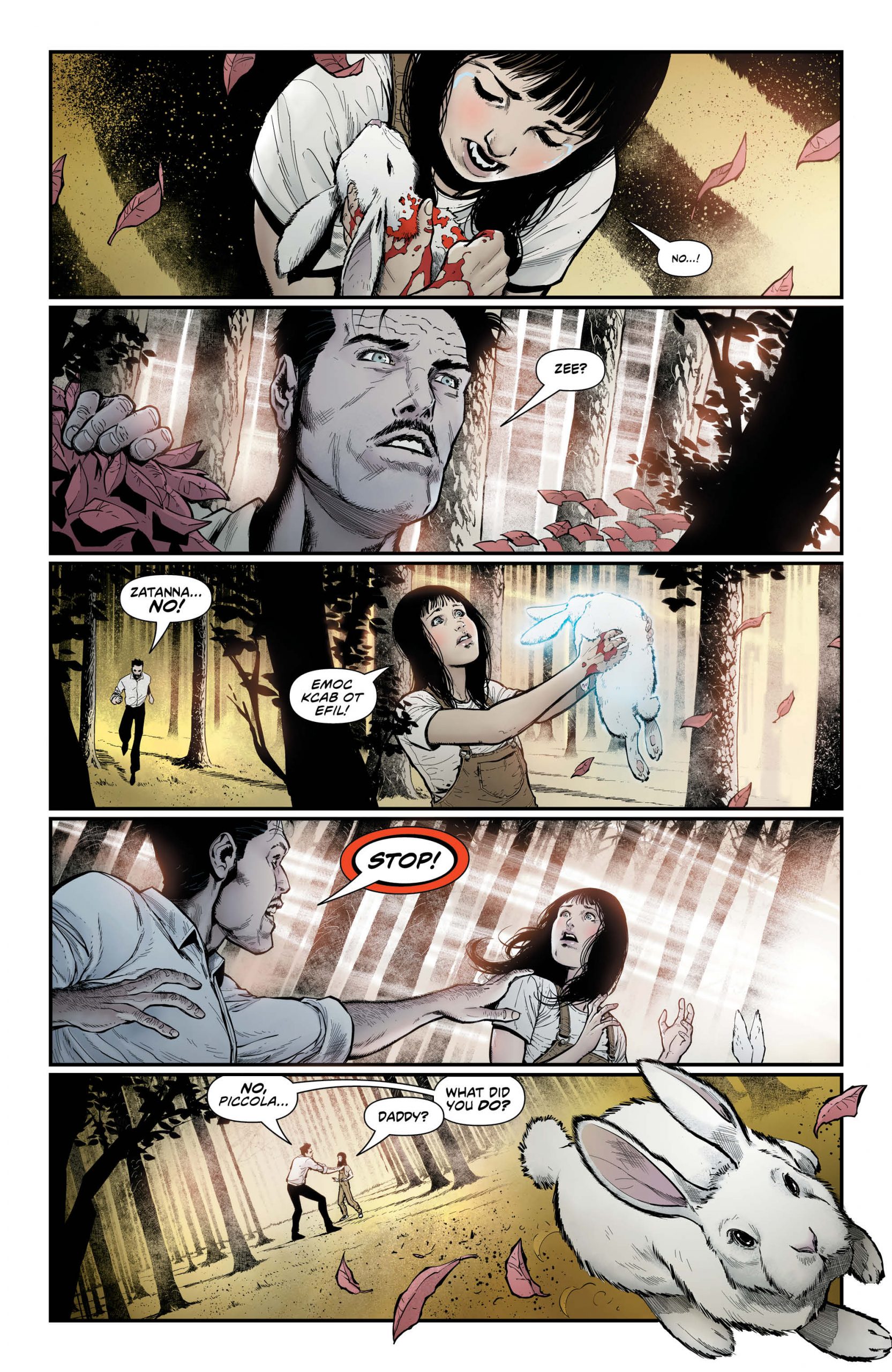 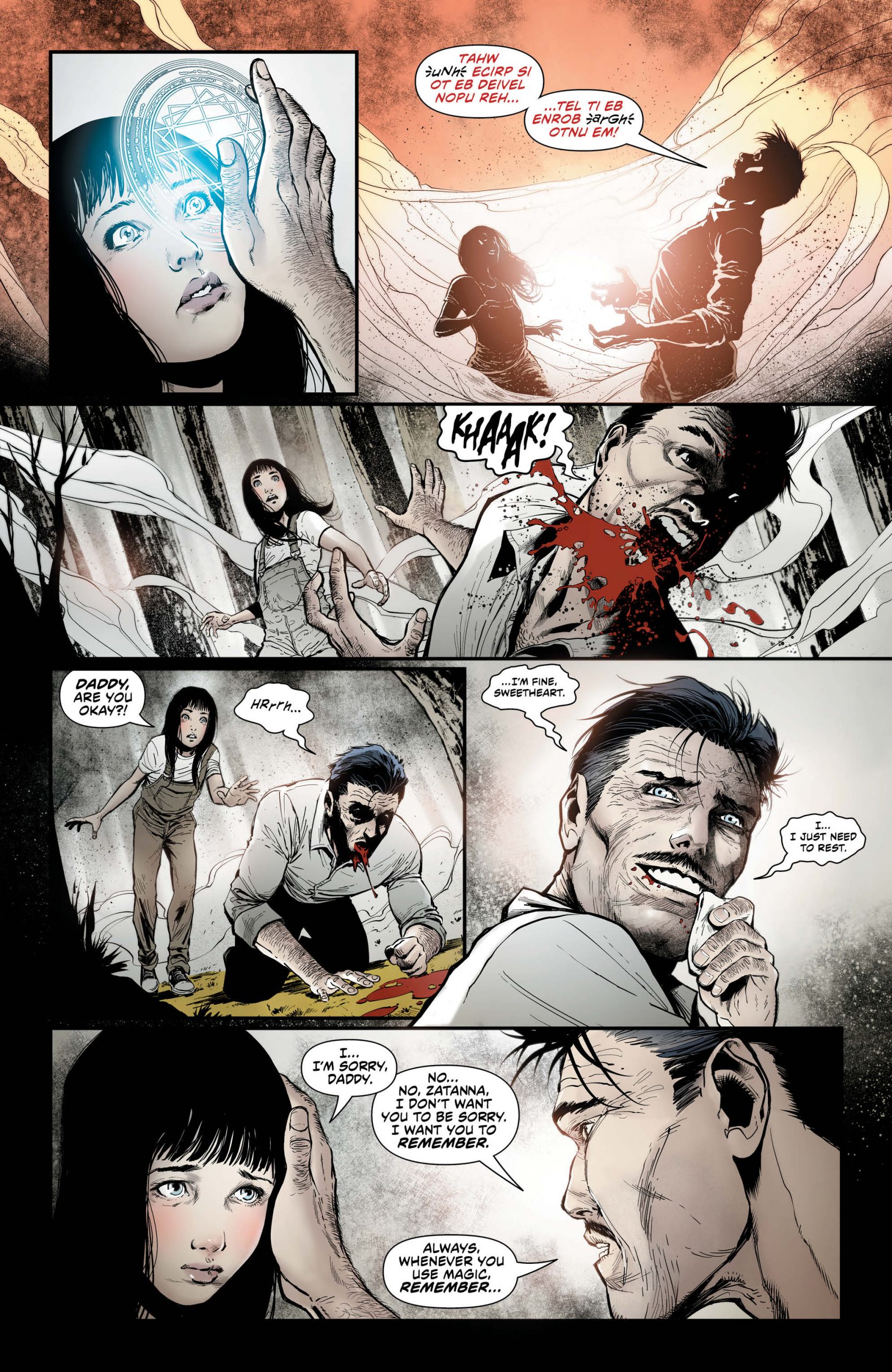 Images From The Imagination

From his early DC work in anthology books, to knocking it out of the park with Gotham City Monsters, right up to his terrific art in JLD, Amancay Nahuelpan seems to actually getting better and better… and he was pretty awesome to start with! Amancay is one of those artists who’s also a terrific draftsman and storyteller. His characters emote, they move realistically, and have very expressive faces. Of course, he’s also a consummate comic-book artist, so his action scenes kick butt too.

I love his work all the more when paired with the gorgeous color pallet of June Chung. JLD has been my first exposure to work, and – like Amancay – I believe that she’s a superstar in the making. Look at the subtle hues she uses on the pages above. You can tell that this is a memory, and the colors – hazy and pastel – work perfectly with the line art. It’s a shame we didn’t get page 6 too, because the tone changes considerably, as both artists drag us screaming into the present, with burning flames – both emotional, and physical.

I’ve written four comics reviews this week, and Rob Leigh lettered all four of the books I’ve dissected. I don’t know how he produces so much great work, and keeps up such great quality. Somebody give this man a raise!

Scares, emotions, peril, and power. Since it launched, this latest volume of JLD has impressed. The new creative team is absolutely killing it, delivering versions of Wonder Woman and Zatanna, characters that readers probably thought they knew, and elevating further than I ever believed possible. Justice League Dark #25 shows these ladies at their most awesome, yet also at their most human. As I fan, I couldn’t be happier.