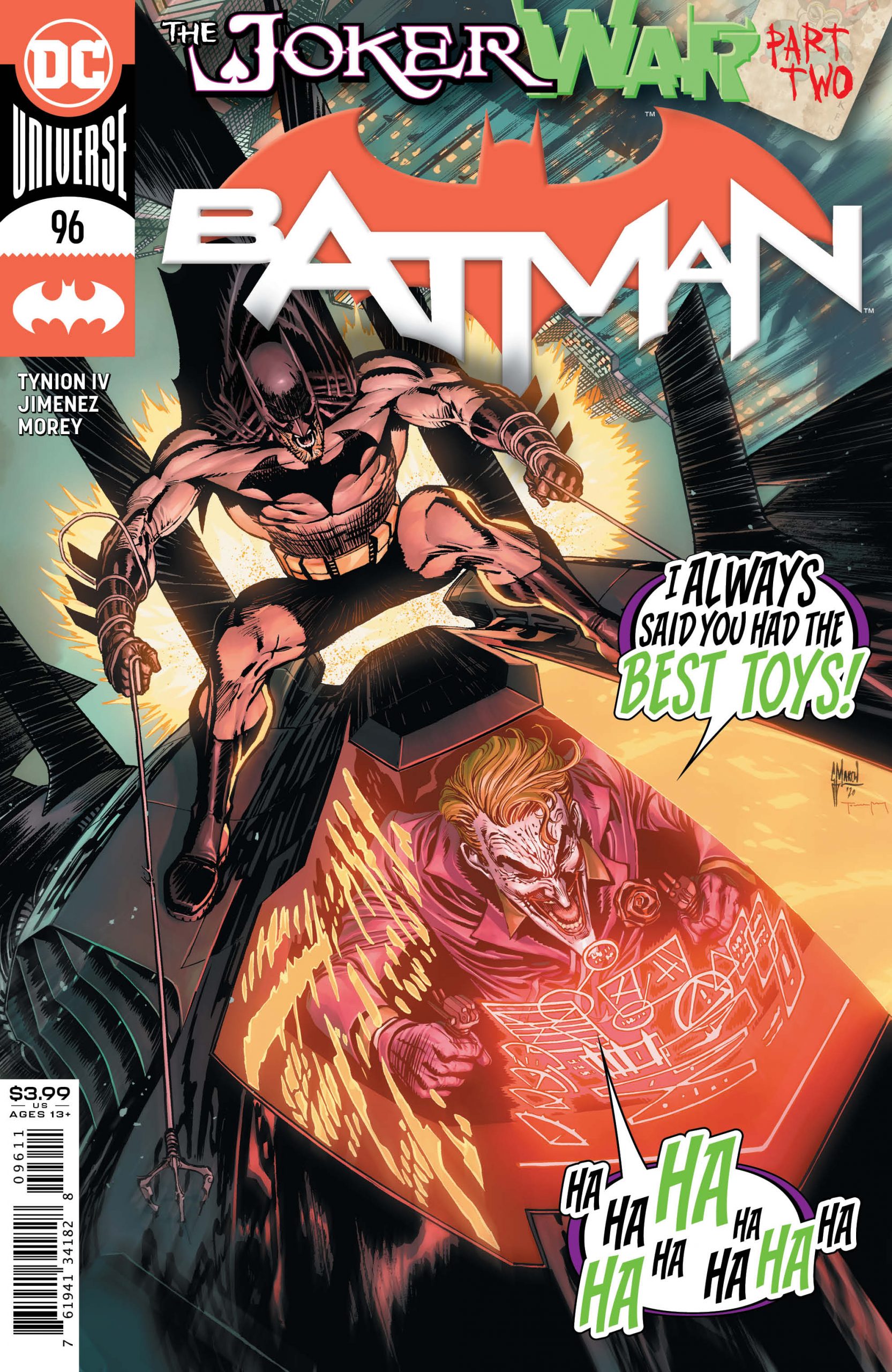 Batman #96 is a well-crafted, if unremarkable chapter in the “Joker War”.

This issue is one of a few recent Batman installments where not much occurs. There’s not a lot of forward motion on the plot, other than the Joker luring Batman to, seemingly, his ultimate plan. We get some updates on certain characters, and some brief introductions to others, but beyond that, it’s a very middle-of-the-road chapter.

Probably the most interesting narrative thread shows Batman’s continually fraying mental state. We can immediately see where his head’s at, in an opening dream sequence that depicts a clean, crime-free Gotham. Once we compare that “future” to the reality of the city under Joker’s rule, the reader gets everything they need to know about Batman’s sad state of mind.

This slowly gets worse for him, as he’s lured deeper into the Joker’s trap. It’s intriguing to see a Batman who’s not in control of anything. 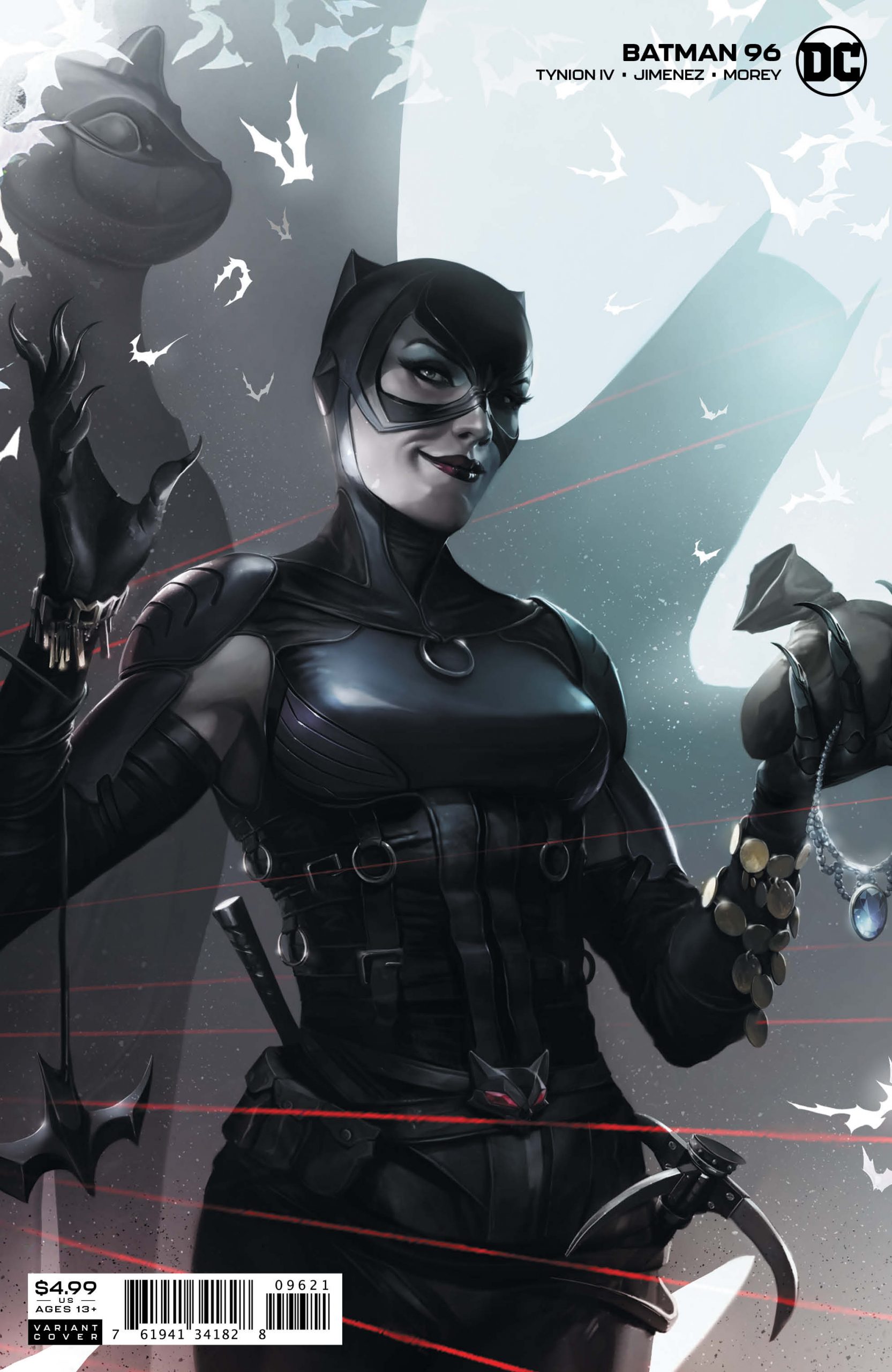 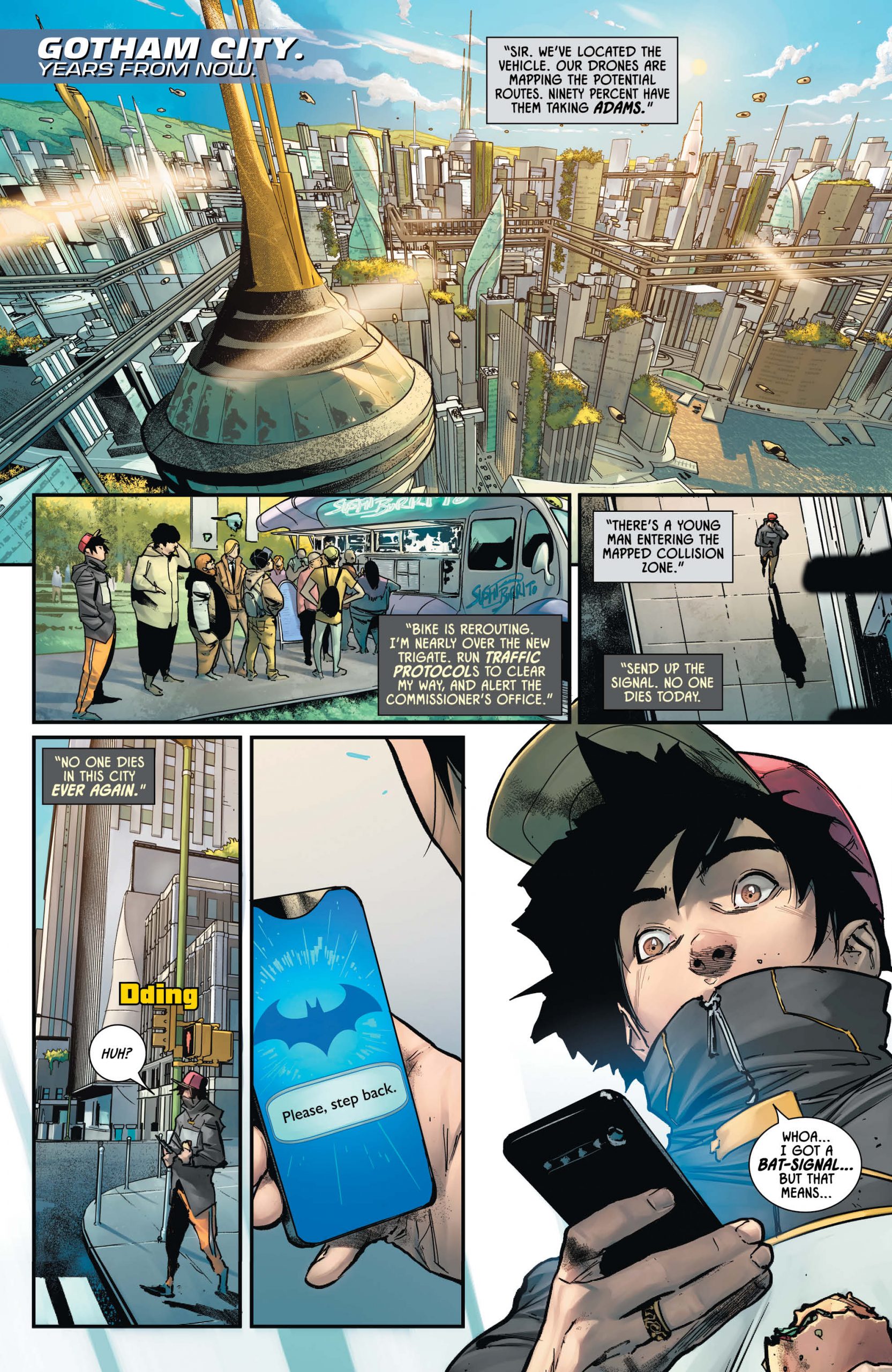 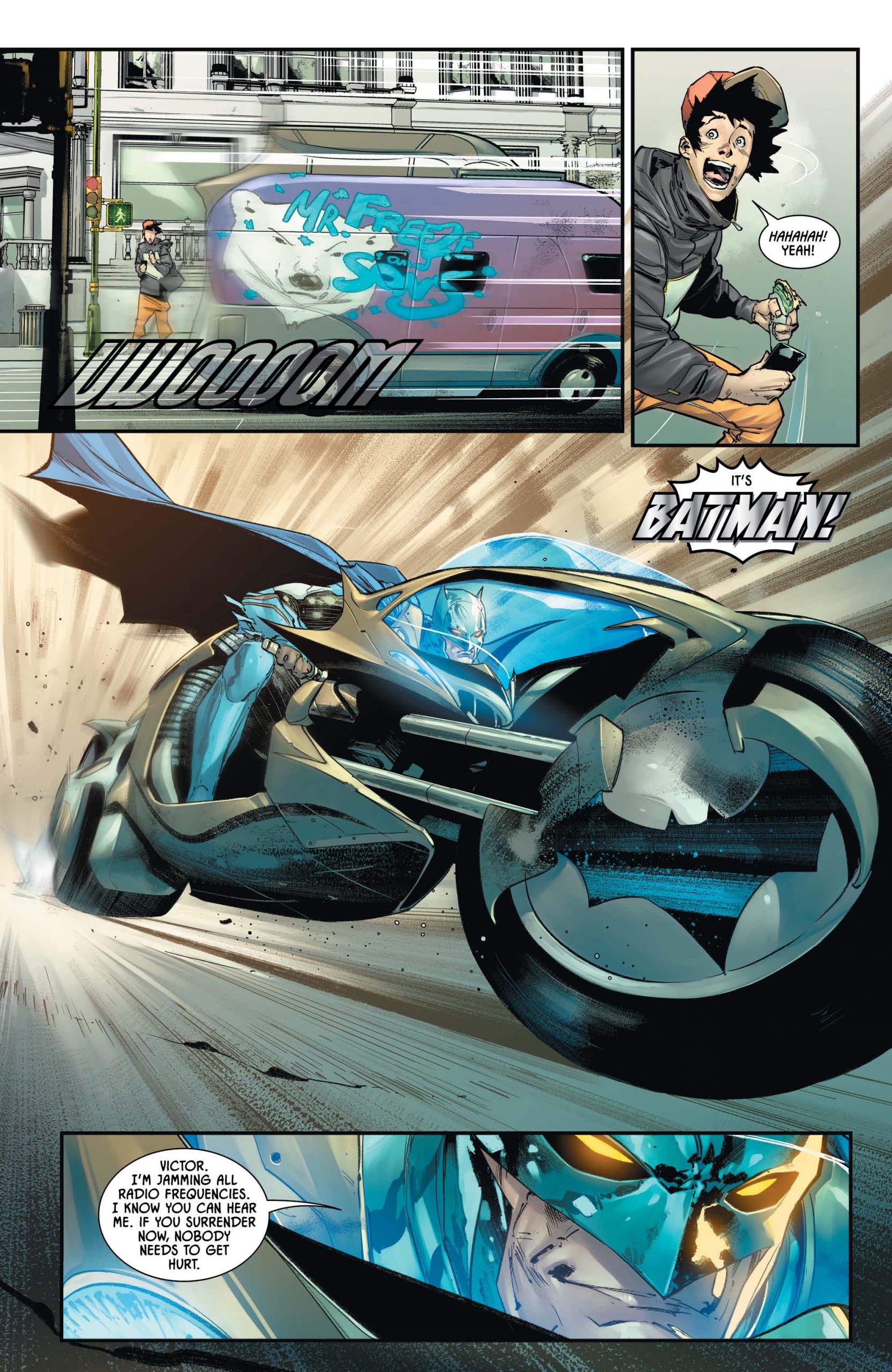 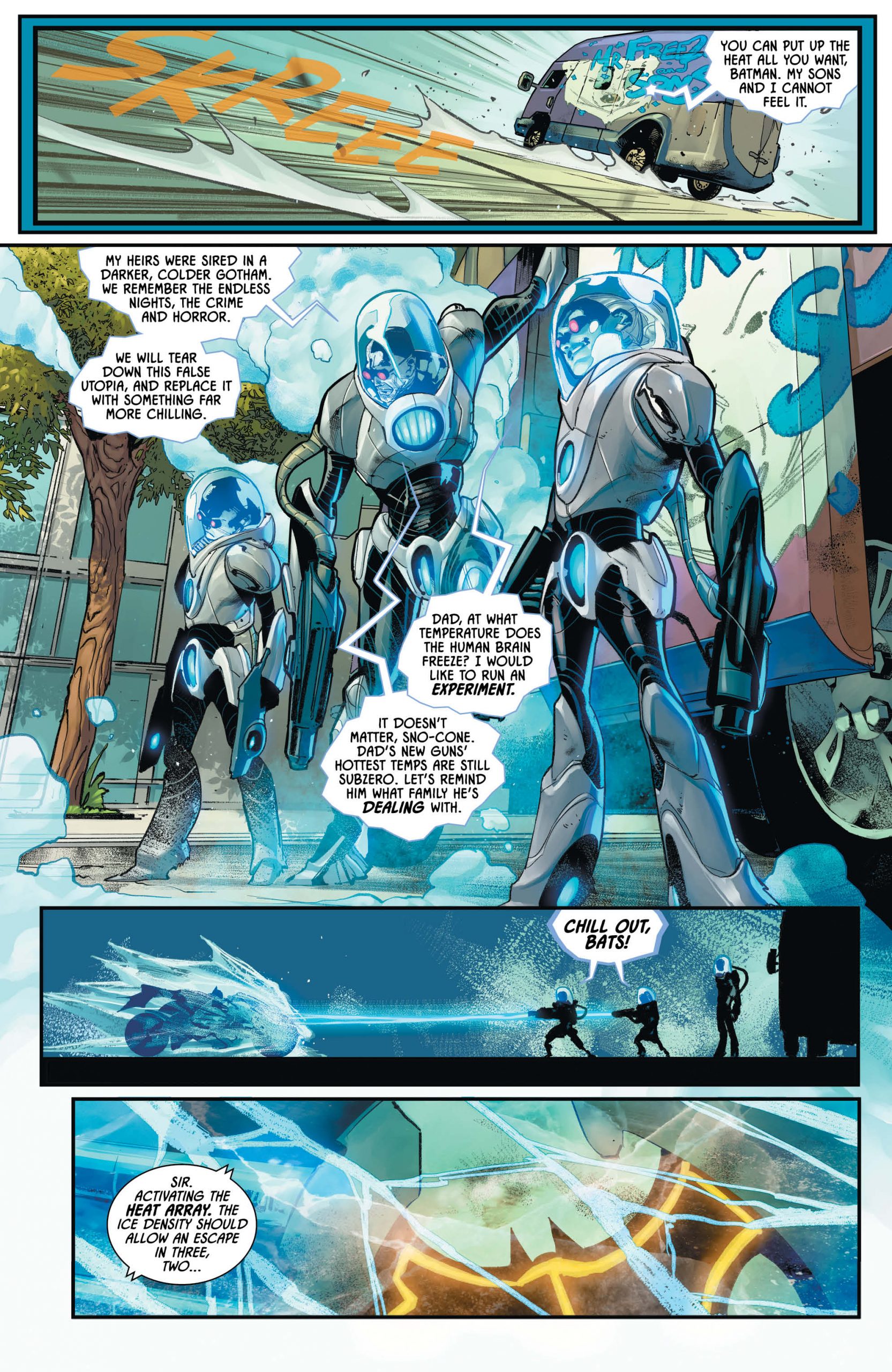 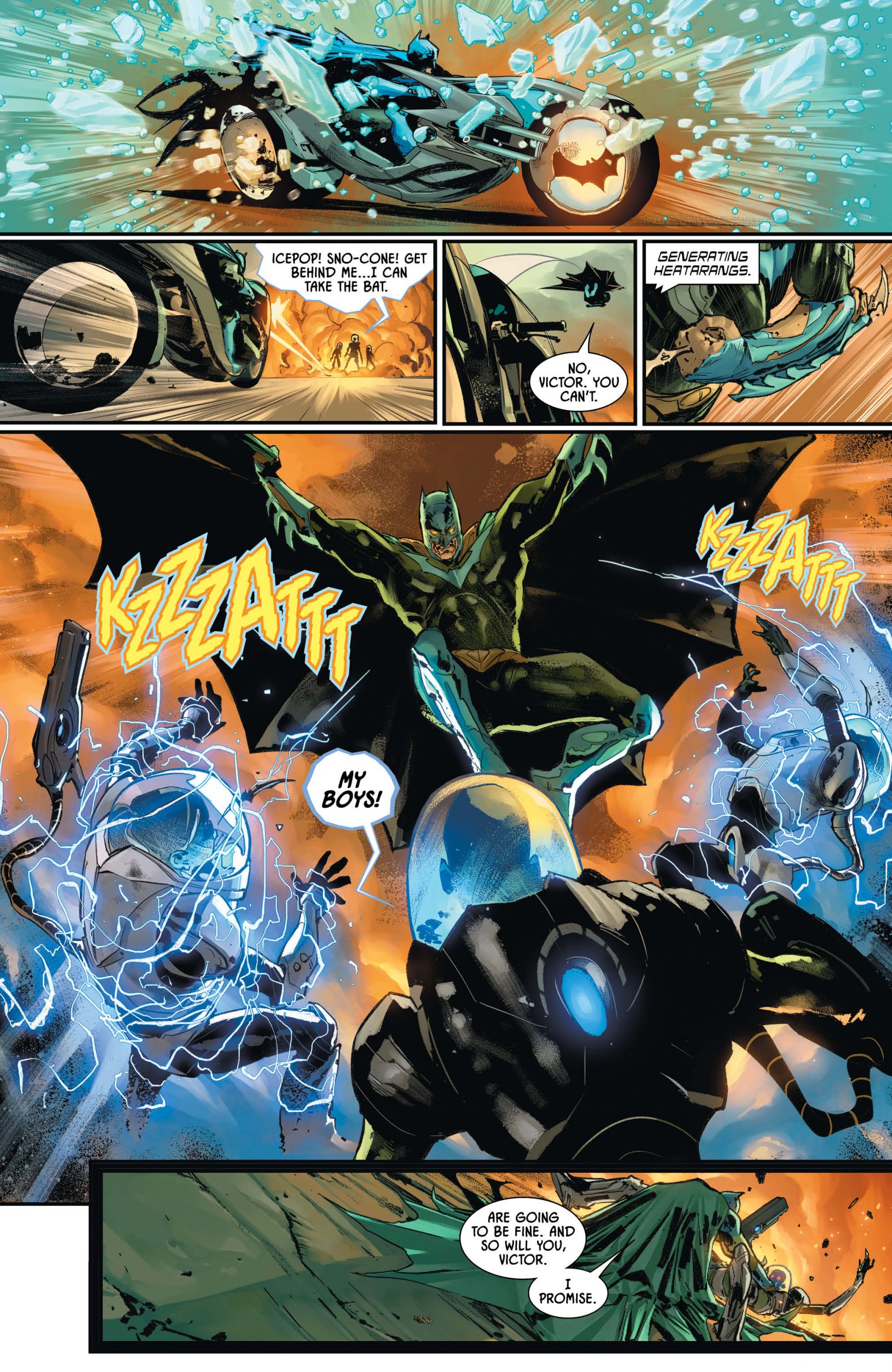 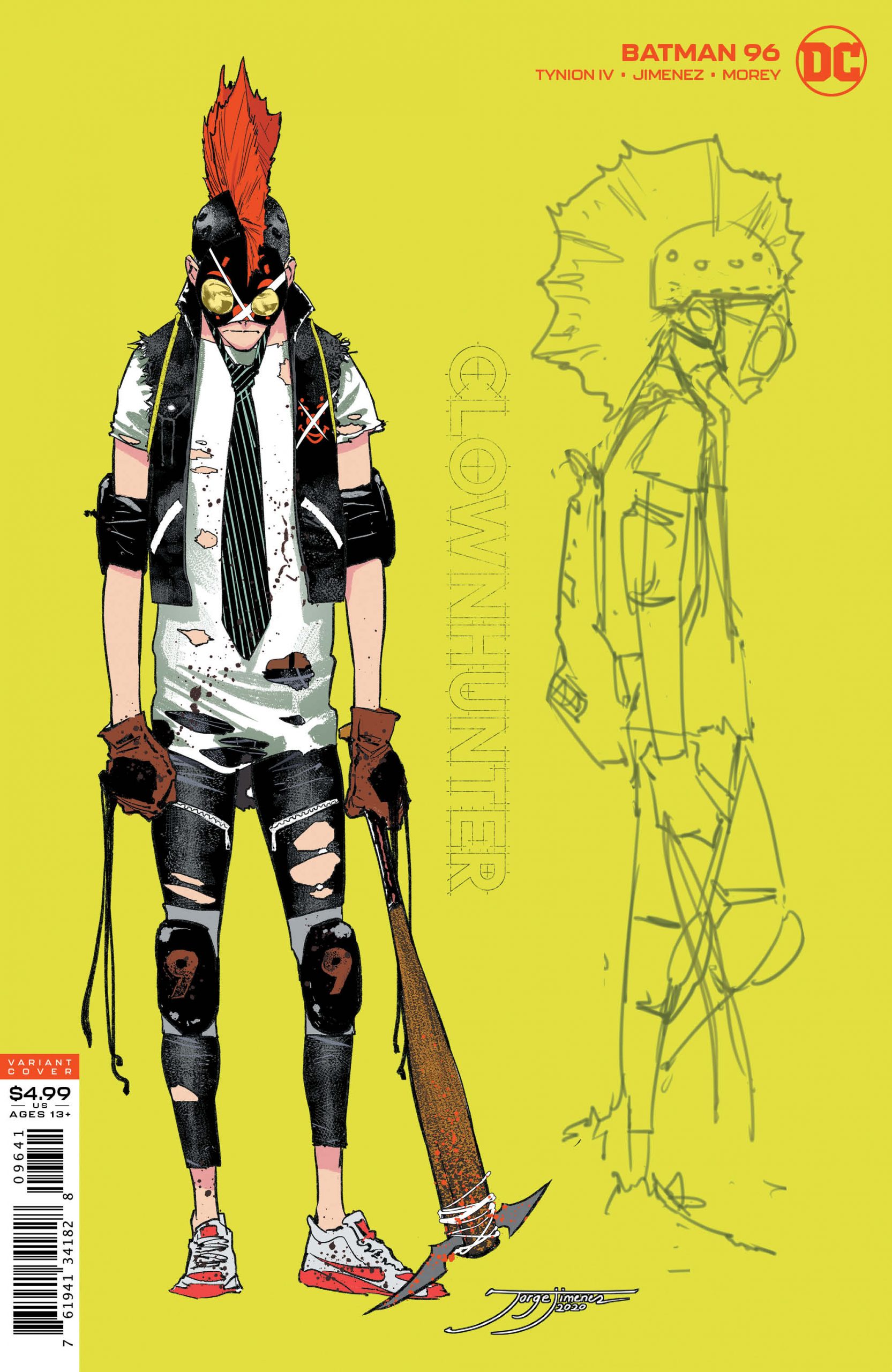 Outside of Batman’s personal struggles, writer James Tynion also checks in with other characters’ status. All of these scenes are perfectly perfunctory, and are enjoyable for what they are. There’s certainly nothing wrong with them, other than the feeling of being “done before”.

As previously said, Bat-fans have seen Batman bankrupt before, and we’ve seen the villains take control of his vehicles and weapons. We’ve already had a post-apocalyptic Gotham City. In fact, The Dark Knight Rises integrates all three ideas into one film. Tynion explores a little bit with these concepts, but not a lot.

Artist Jorge Jimenez continues to deliver amazingly-detailed art. His style seems to be a little more cartoony in this specific chapter, as some of the side-characters look more like exaggerated caricatures. Regardless, his panel layouts and designs still pop off the page, and give a real sense of energy to the whole comic.

Batman #96 is a perfectly serviceable issue. One gets the sense that Tynion is building to something bigger, but right now he’s laying the groundwork. While many of the concepts aren’t completely unique, it’s still a lot of fun seeing Batman, and other characters, reacting to the Joker’s takeover. Tynion doesn’t give readers a lot of plot right now, but fun enough ideas and visuals to keep them coming back for the next issue.