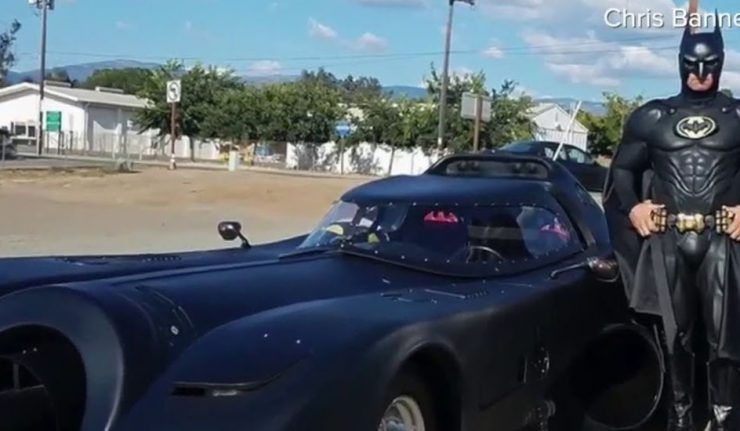 Right now, several people are at home, unemployed, anxious, and going a little nuts. The world is going through an unprecedented times, where nobody really knows what the future may hold. It’s all pretty scary and, as much as we wish there are superheroes that could just make it all go away, that’s not reality. Well, there are plenty of heroes working right now, they just don’t have any superpowers. The obvious ones of course are all of those medical professionals who work tirelessly everyday, risking their own health. Don’t forget grocery store employees and delivery drivers as well, who expose themselves to harm to help keep the country going. I recognize them and you should too… apparently, though, Batman is driving around San Diego in his Batmobile.

Is he a hero we need right now?

Take a look at the news coverage below:

A man by the name of Chris Banner is a Batman cosplayer who owns a replica Batsuit from Tim Burton’s Batman ’89, he’s even built a replica of the Julian Caldow and Keith Short designed 1989 Batmobile. Normally, he charges for appearances at social gatherings, but that’s not a viable option now, so he’s shifted gears. Nowadays, while people are stuck at home, afraid of an uncertain future, Banner has decided to lift some spirits. He’s donning his Batsuit and driving around San Diego in the Batmobile just to make people happy. Practising social distancing safety measures, he doesn’t get out of the car and simply waves at everyone from inside. It’s not a lot and he’s not saving lives, but it’s something to temporarily put smiles on our faces. That’s something we all need right now.

Cosplaying as Batman, driving around San Diego… it’s not terribly responsible, but as long as he practices safety measures to ensure that he doesn’t spread the virus, I think it’s worth it, right? It personally makes me very happy. What do you think?

As usual, stay home and wash your hands often.