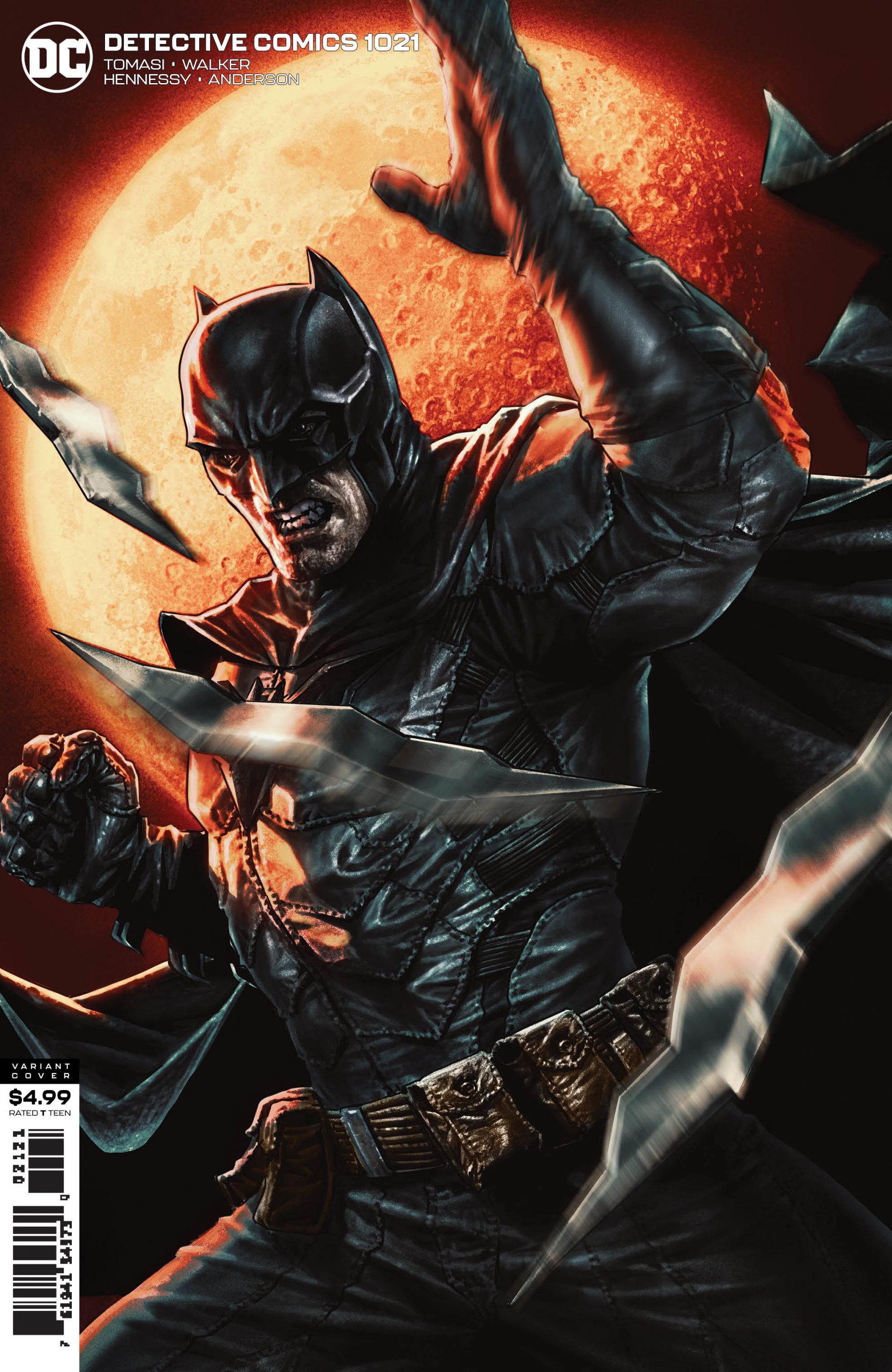 Detective Comics #1021 has built on the brilliant issue #1020, and “Ugly Heart” is rapidly becoming one of my favorite Two-Face stories ever.

Peter J. Tomasi has managed to skew Harvey’s multiple personalities even further, so much so that we actively see Harvey seek Batman out to help him, while Two-Face does his best to scupper his alter-ego’s plans. We also get to see that the two sides of Dent’s personalities are even at a juncture where they’re keeping secrets from each other. This is deep, rich and extremely powerful storytelling.

Then we get Two-Face’s new “disciples”. During his time as Gotham’s D.A. Harvey Dent proved to be a powerful, charismatic and influential leader, so seeing the dark side of his soul exhibit those same traits is both realistic and believable. It’s also downright terrifying. This army of zealots has nothing to lose, and their blind obedience to Two-Face, coupled with their willingness to mutilate themselves, and even give up their lives for his cause, makes for riveting reading. 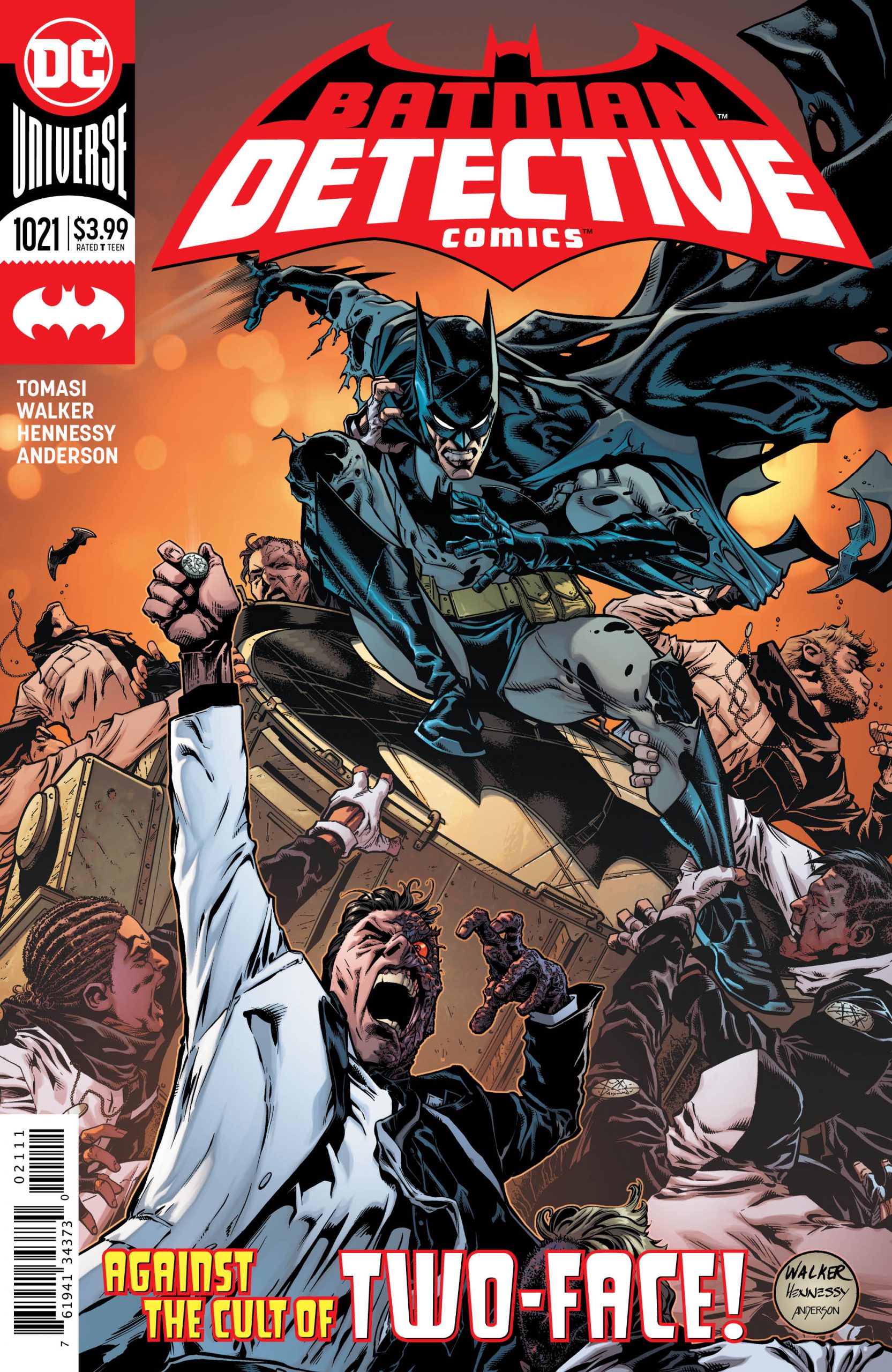 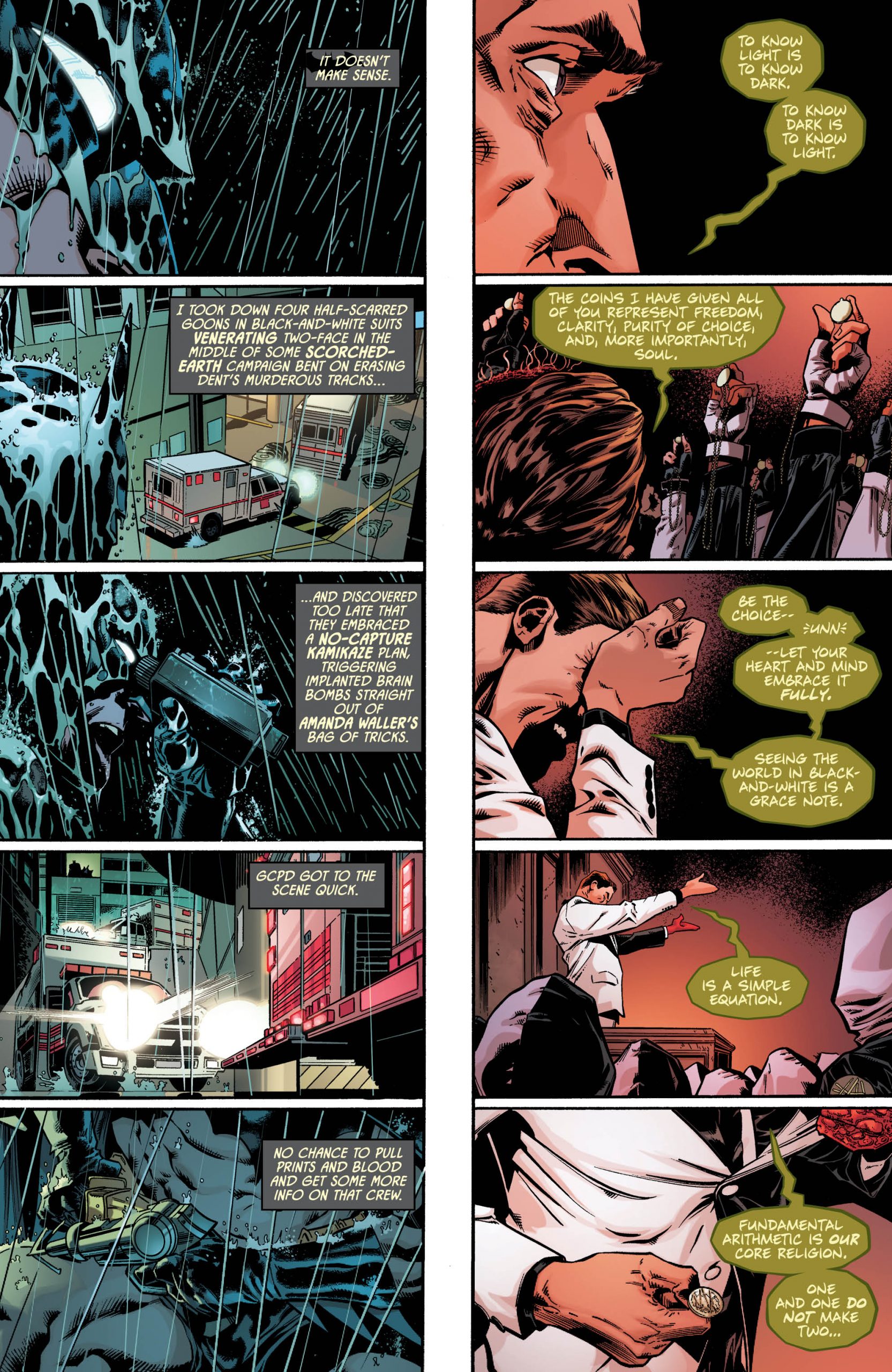 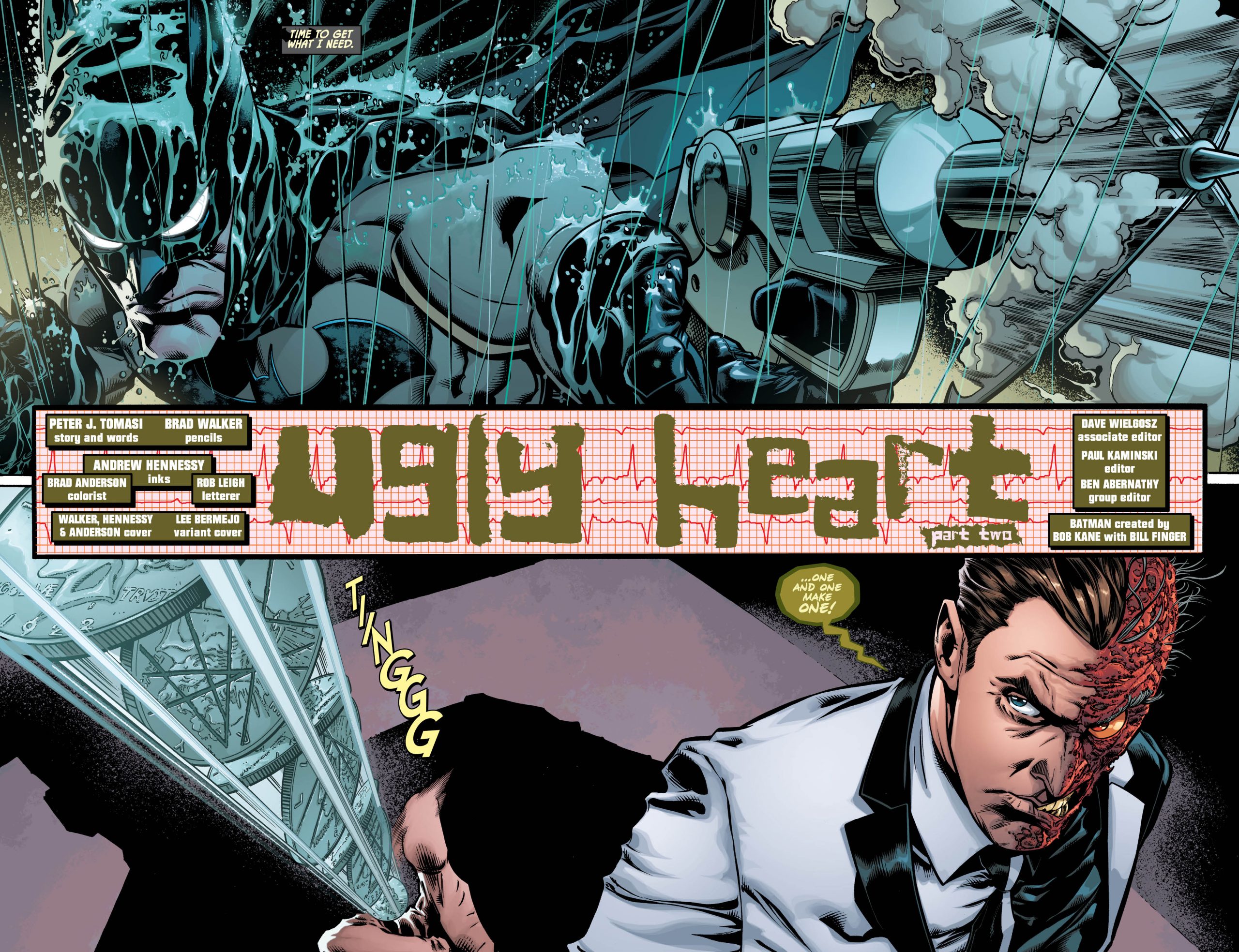 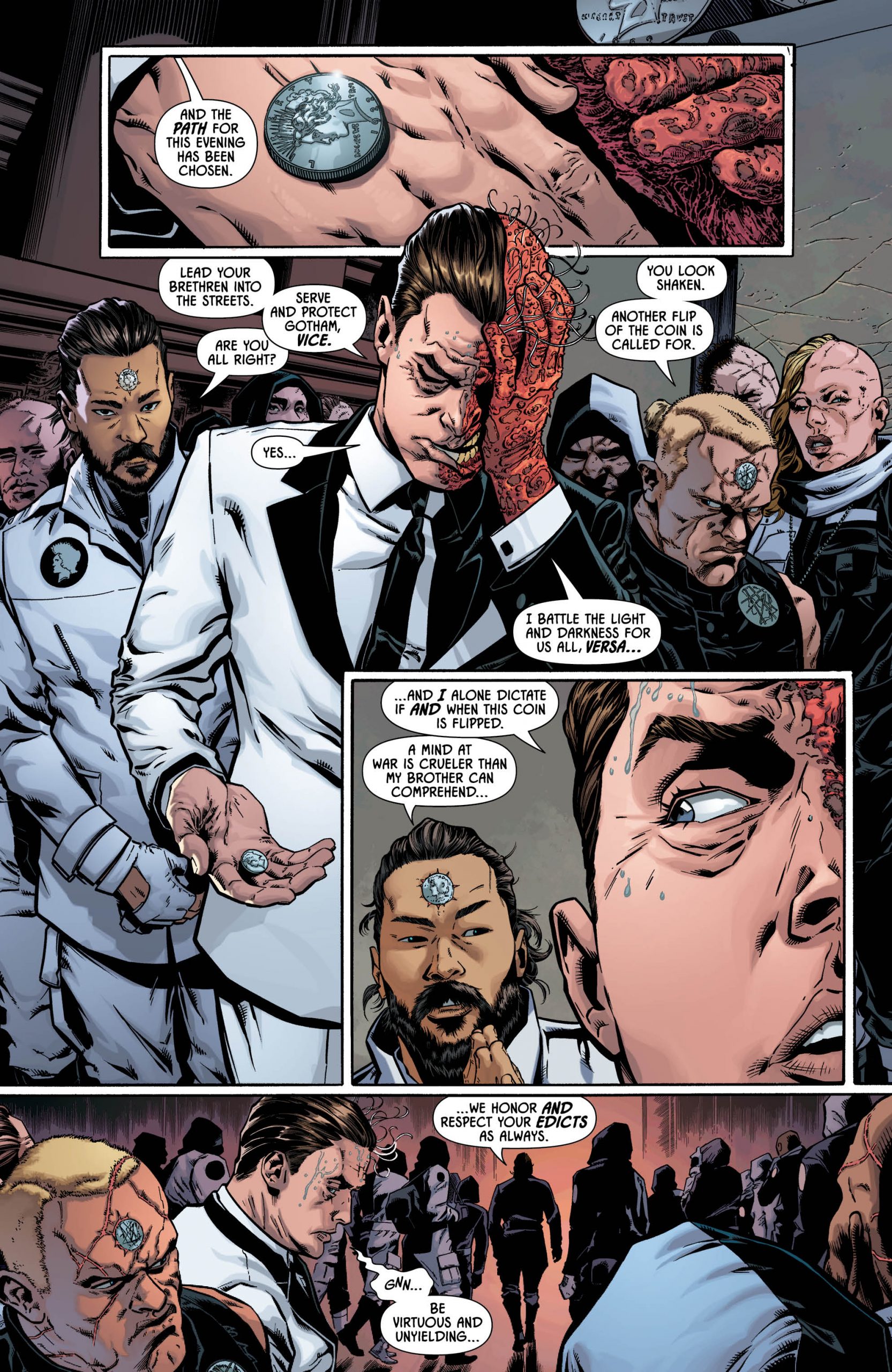 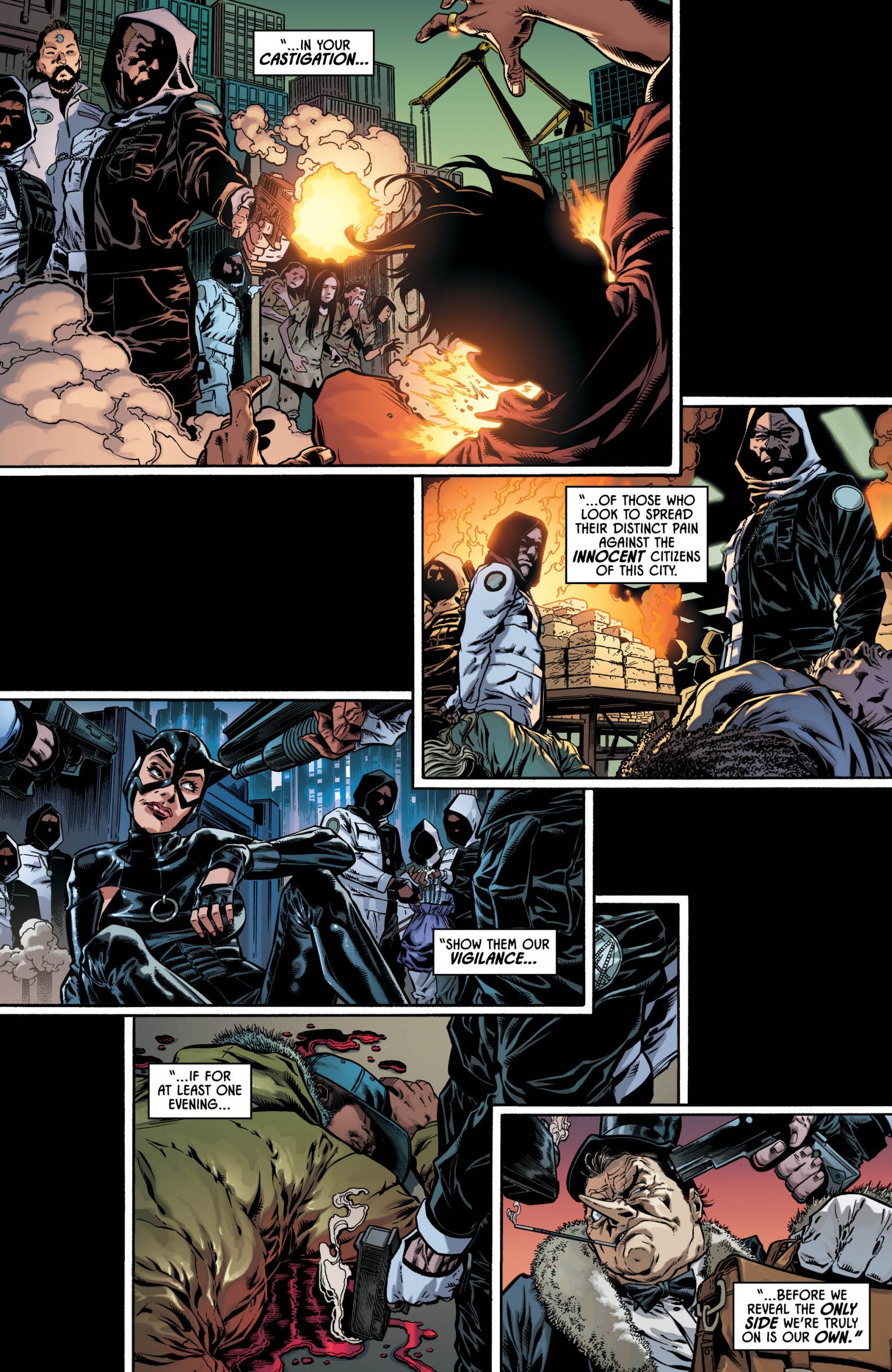 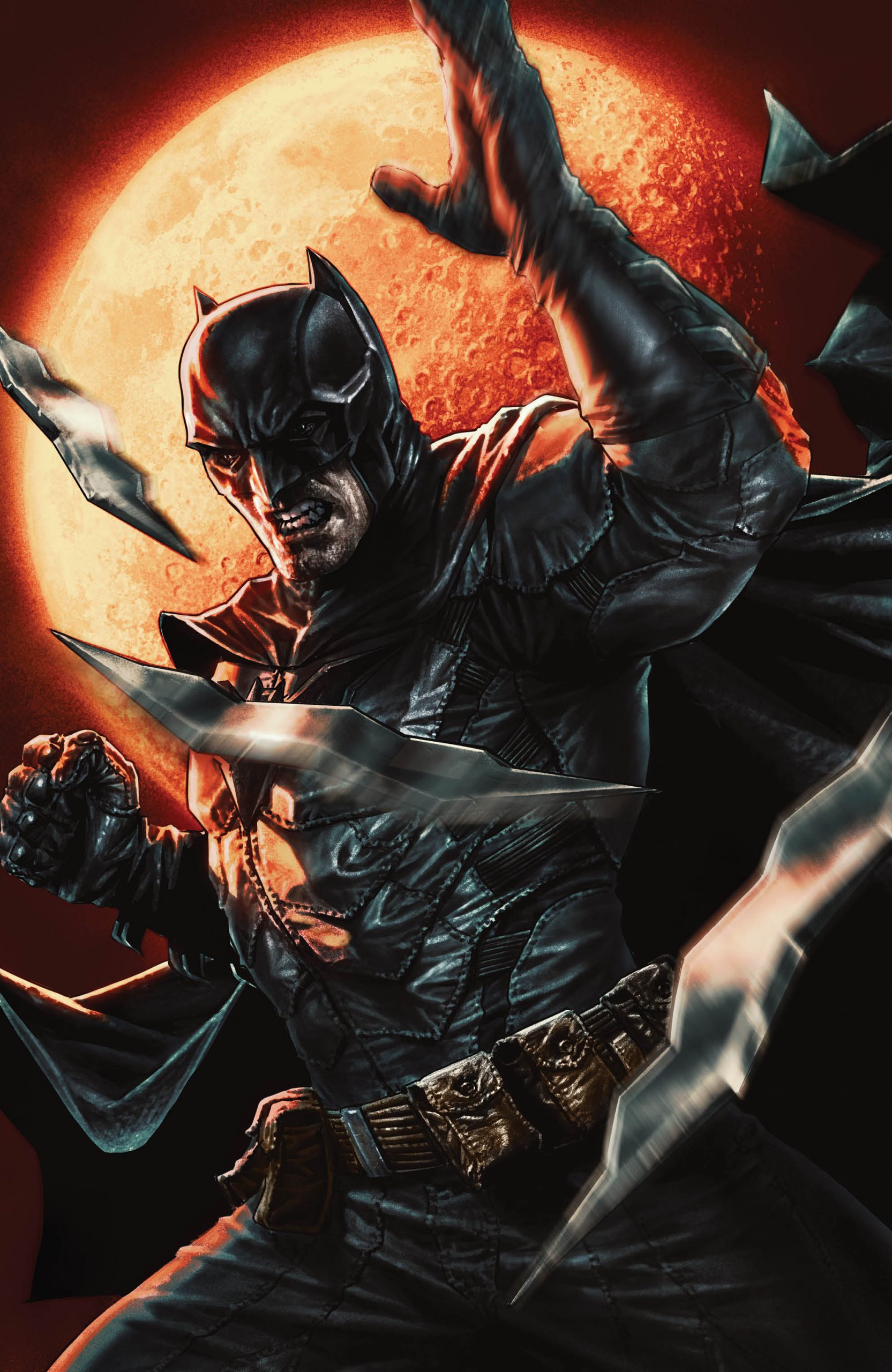 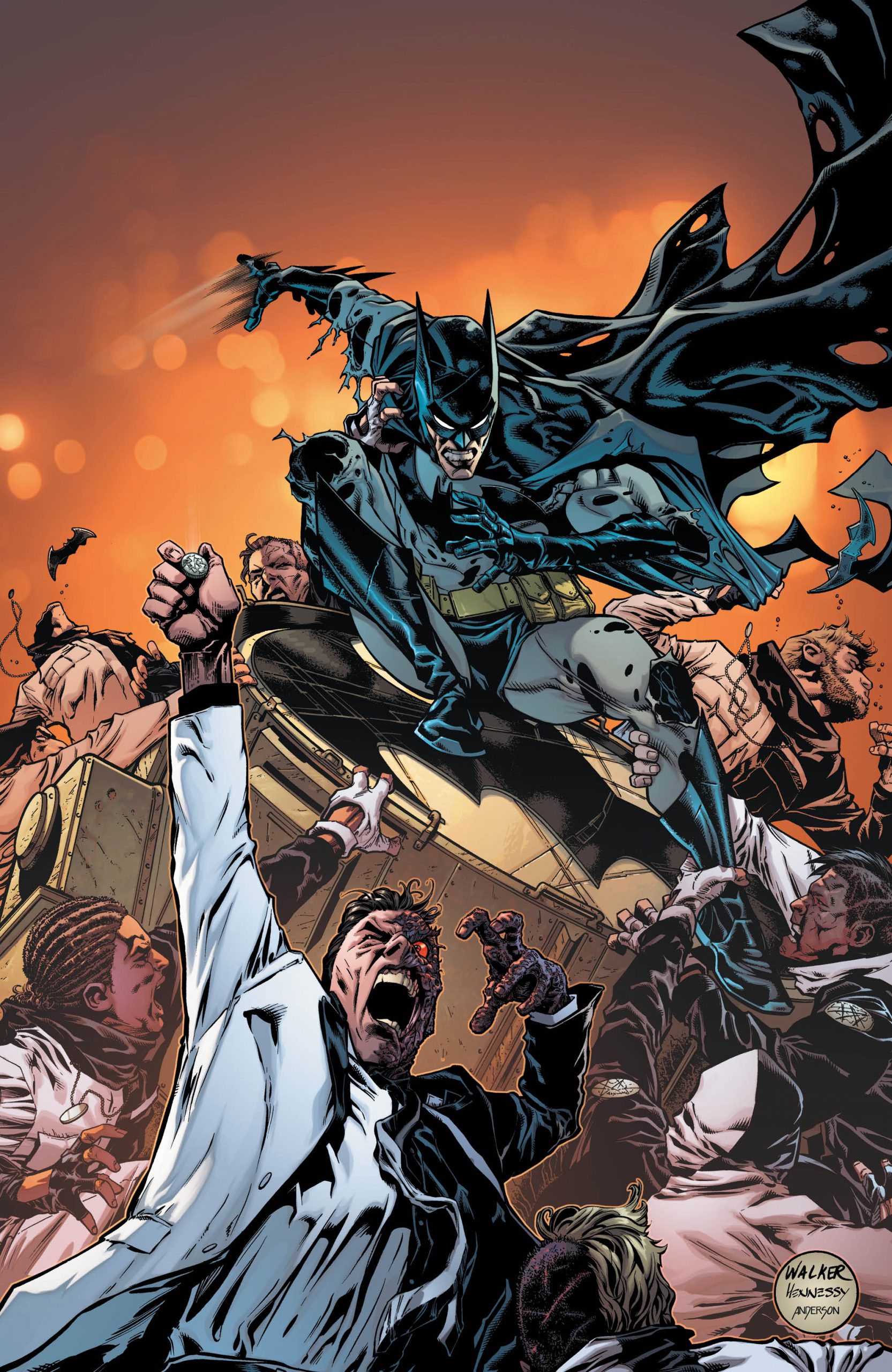 I adore Brad Walker’s Batman, and seeing his work beautifully inked by the brilliant Andrew Hennessy and colored by the cosmically gifted Brad Anderson is a source of pure joy. I was upset when I heard that Doug Mahnke was moving to Justice League until I heard who’d be taking over. If you buy this title – and you really should – check out pages 6-13 for a brilliantly laid out, paced, inked and colored sequence of comics brilliance. We get a rain-soaked Batman, a kick-ass Batmobile, city lights, screeching tires and fantastic character and action moments.

As with his stellar work on Justice League Dark, Rob Leigh’s prolificity and professionalism shines through. Check out his lettering and mega-cool sound effects in this book, they’re awesome.

I love this team!

We’re seeing Batman as a Detective, and we have a villain who’s been given an all new lease on life. This version of Harvey Dent/Two-Face is the best I’ve seen since the amazing Batman: Year One / Long Halloween / Dark Victory masterpieces of years gone by.

This creative team is absolutely hitting every mark, and DC’s oldest title has never been in safer hands. Detective Comics #1021 is as close to a perfect comic-book as you could ever hope to read.