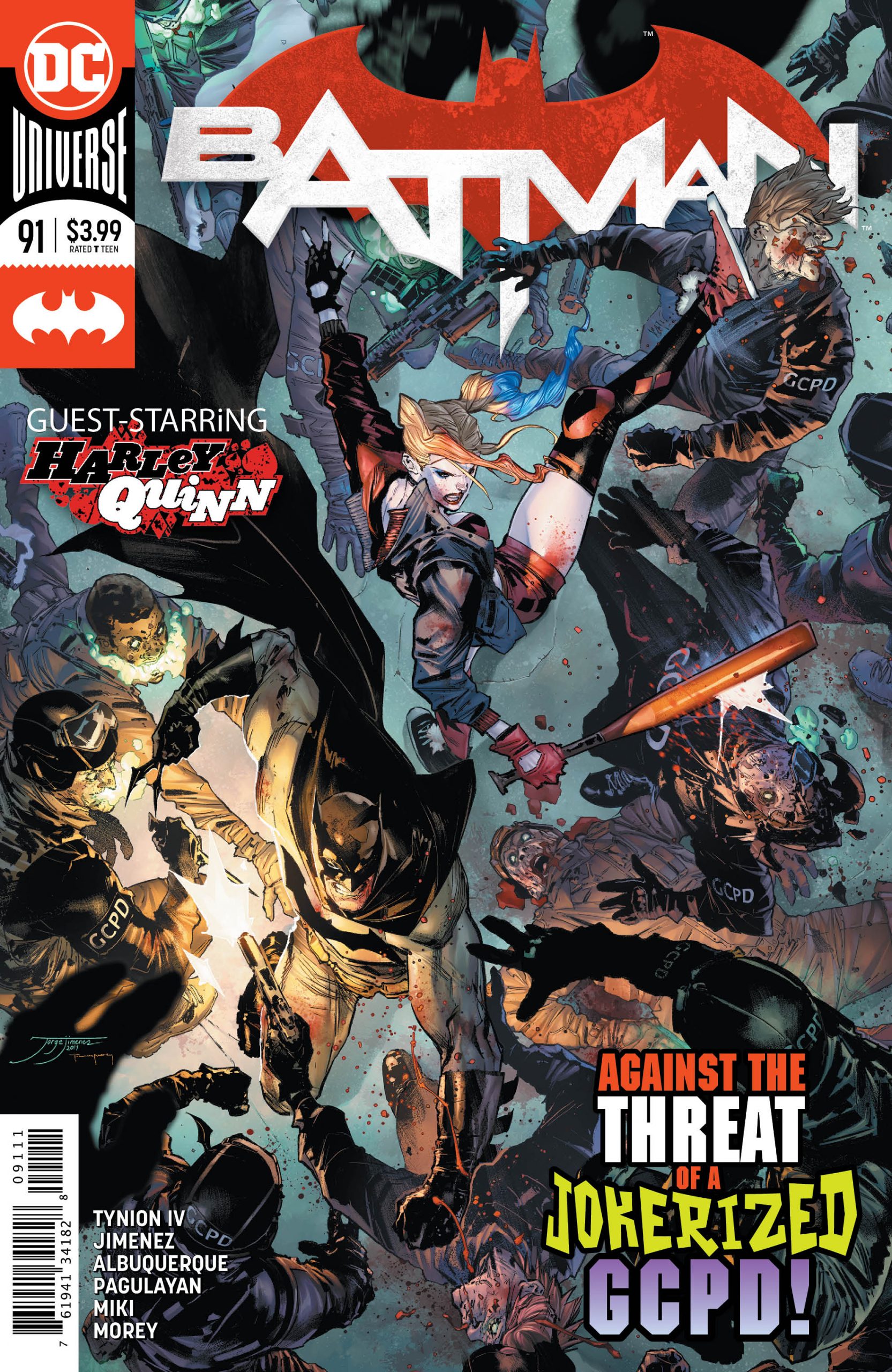 James Tynion’s initial story arc continues to drag on as his main plot still feels like it barely started in Batman #91. At this point in the read, it doesn’t feel things have progressed very far in the story. It’s already part six and readers are only starting to get a feel for the Designer. He’s extremely smart and Batman is struggling to out-manuver him. More accurately, he constantly thinks above normal conventional criminals and helps escalate their game. Not a bad premise for a new character, but the problem is the Designer making his move now. This is extremely late in the storyline, which makes it hard to hook onto him as the story’s main villain.

Another problem is that he hasn’t even had much of a physical presence yet. So far, readers have only seen him making threats on video screens. Everything about the Designer is vague. Readers assume he’s dangerous, because characters are saying he is. He sets plans in motion, but readers don’t know why or how anything is happening. As a threat, he’s still a little vague. He hasn’t really shown reasoning for his methods, or what the end goals are. This leaves little impression on readers, since there is no tangible motivation or personality to him, other than he’s “smart”. 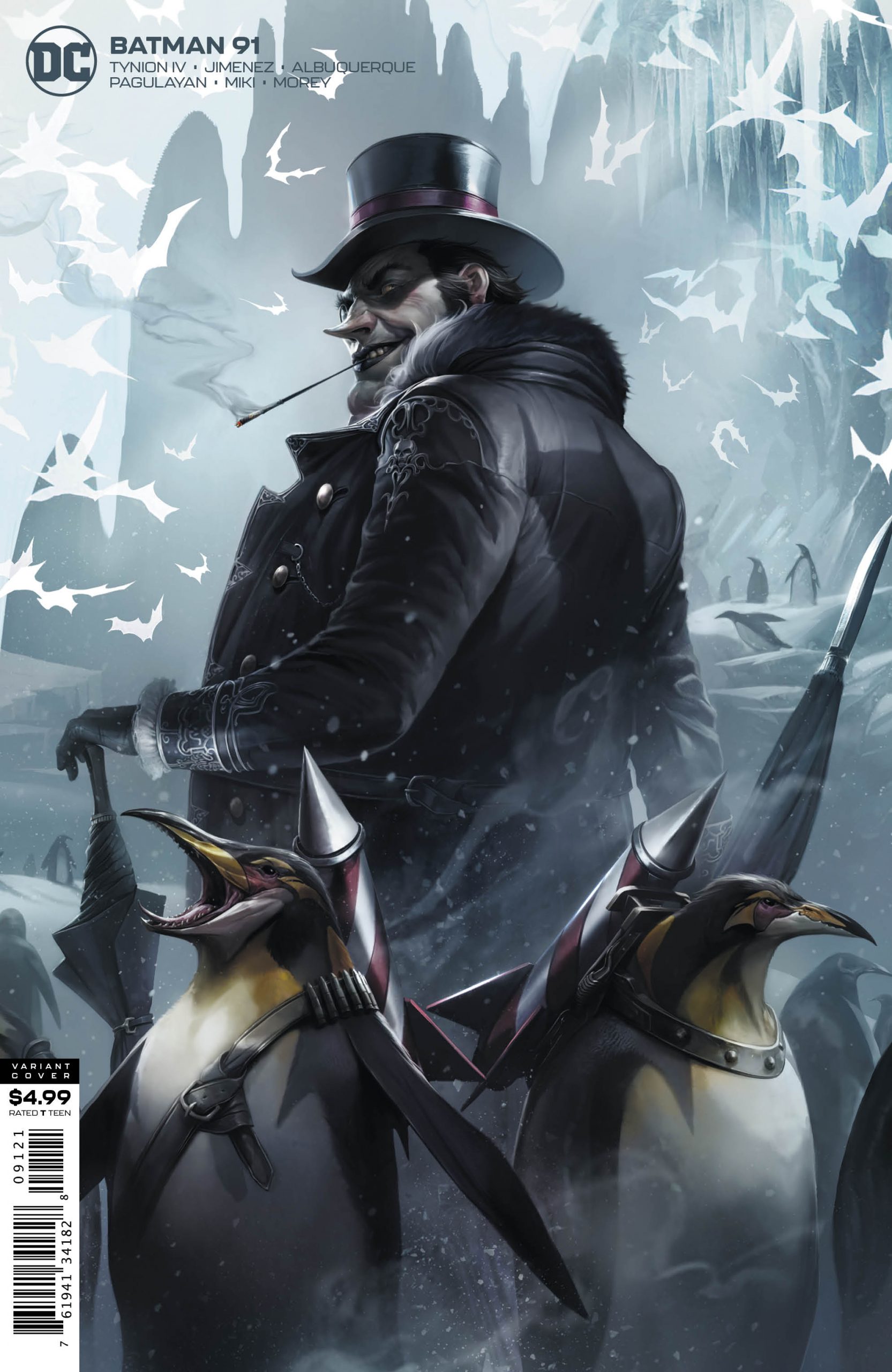 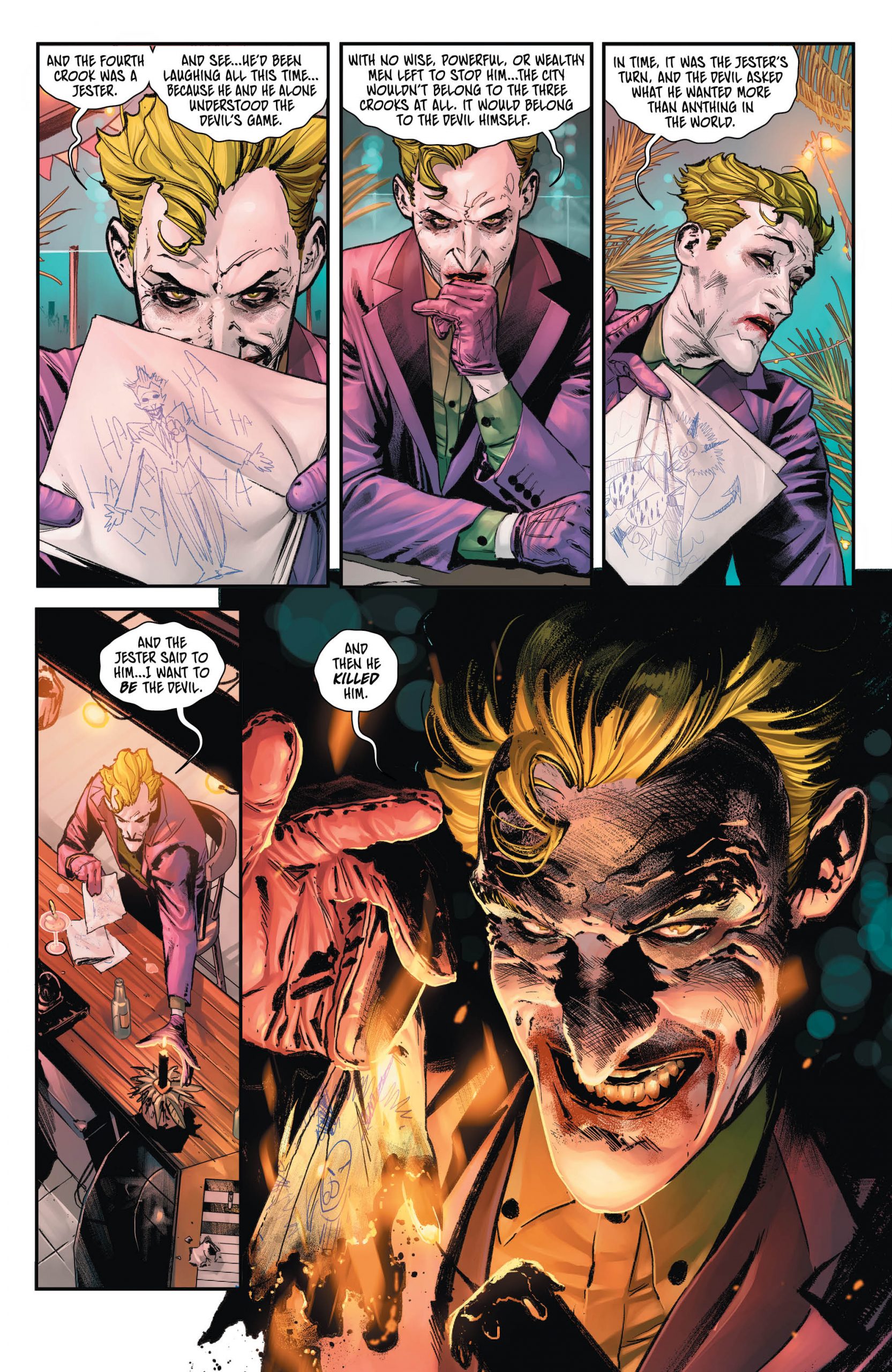 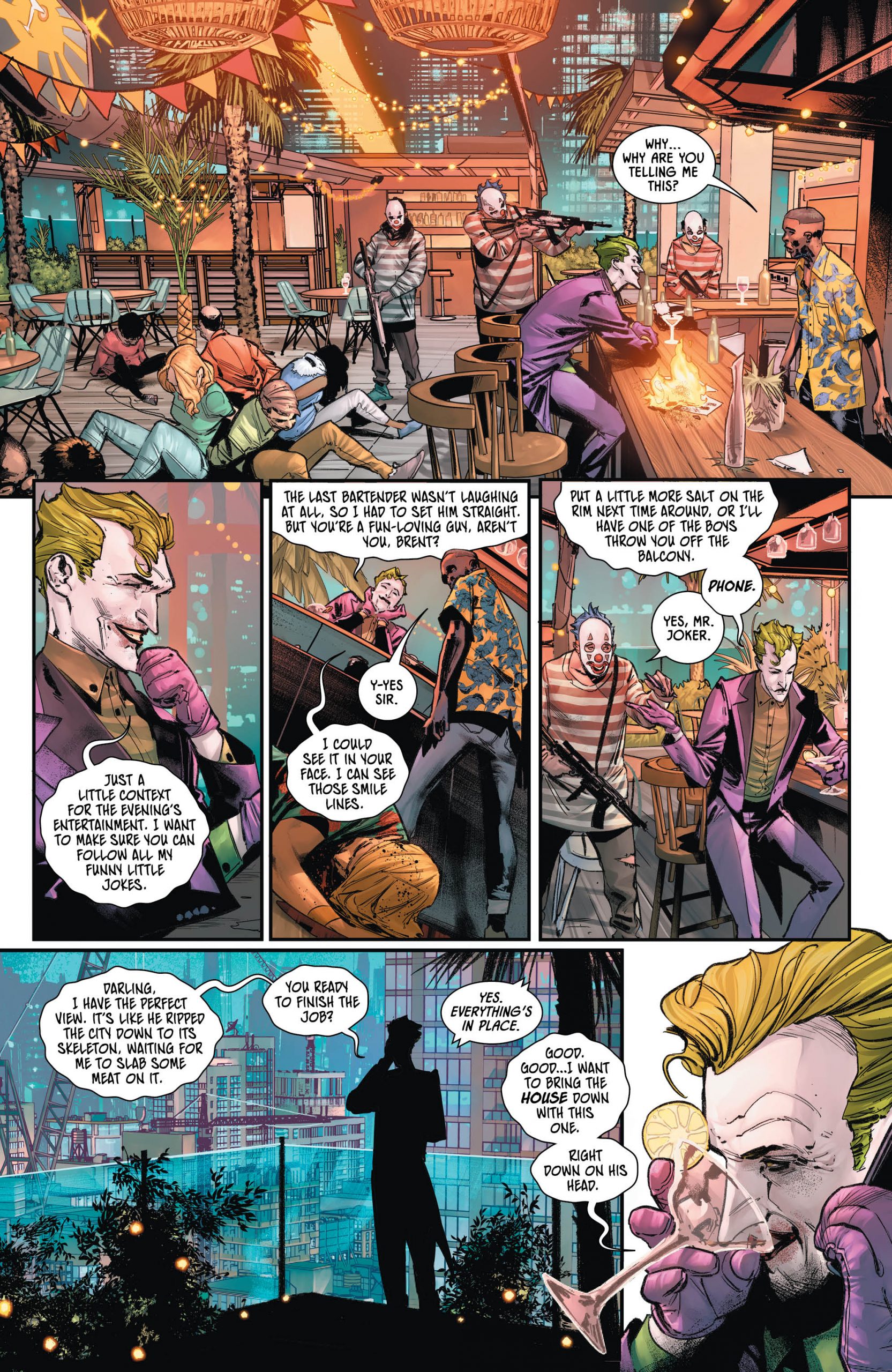 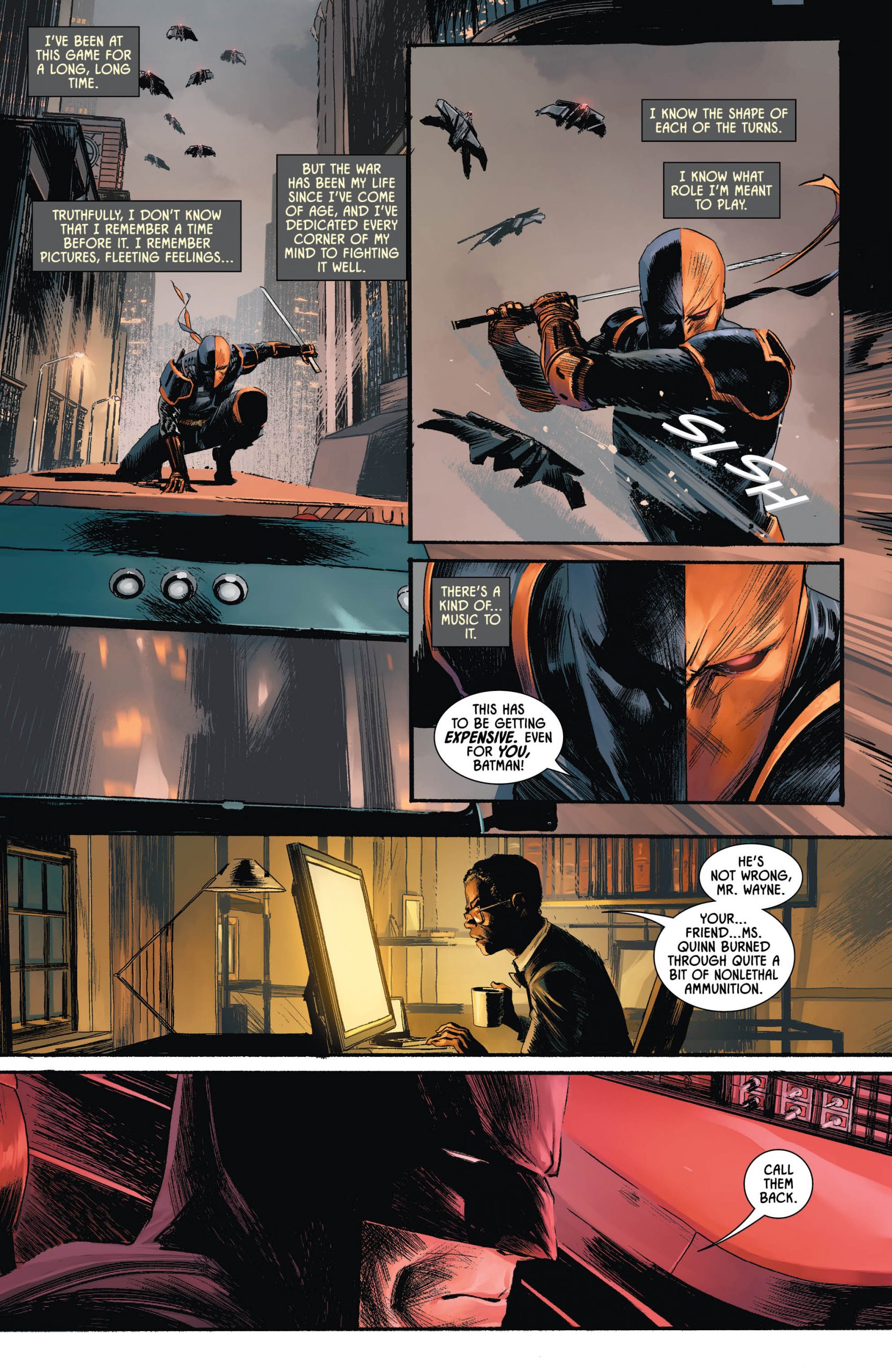 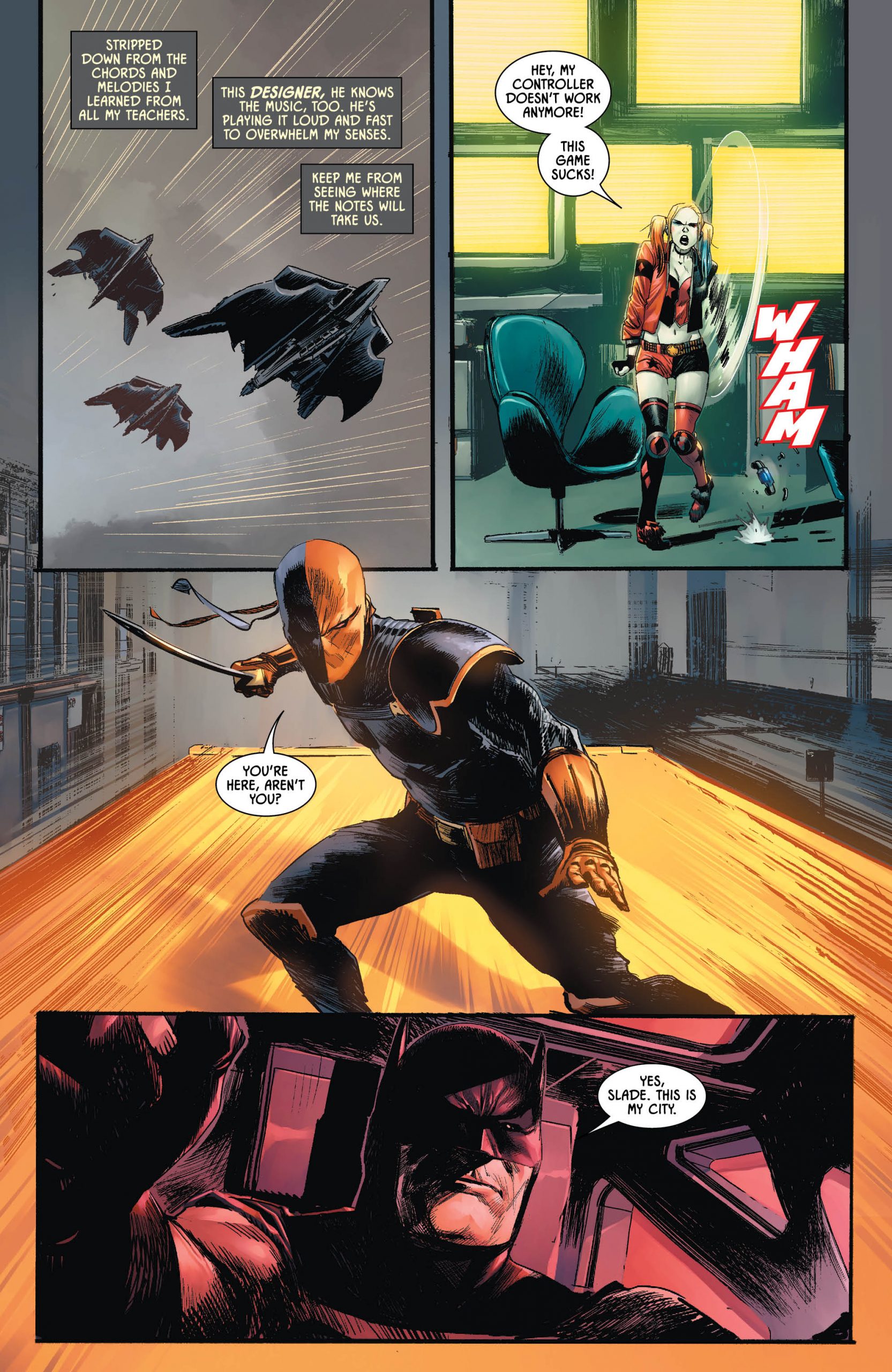 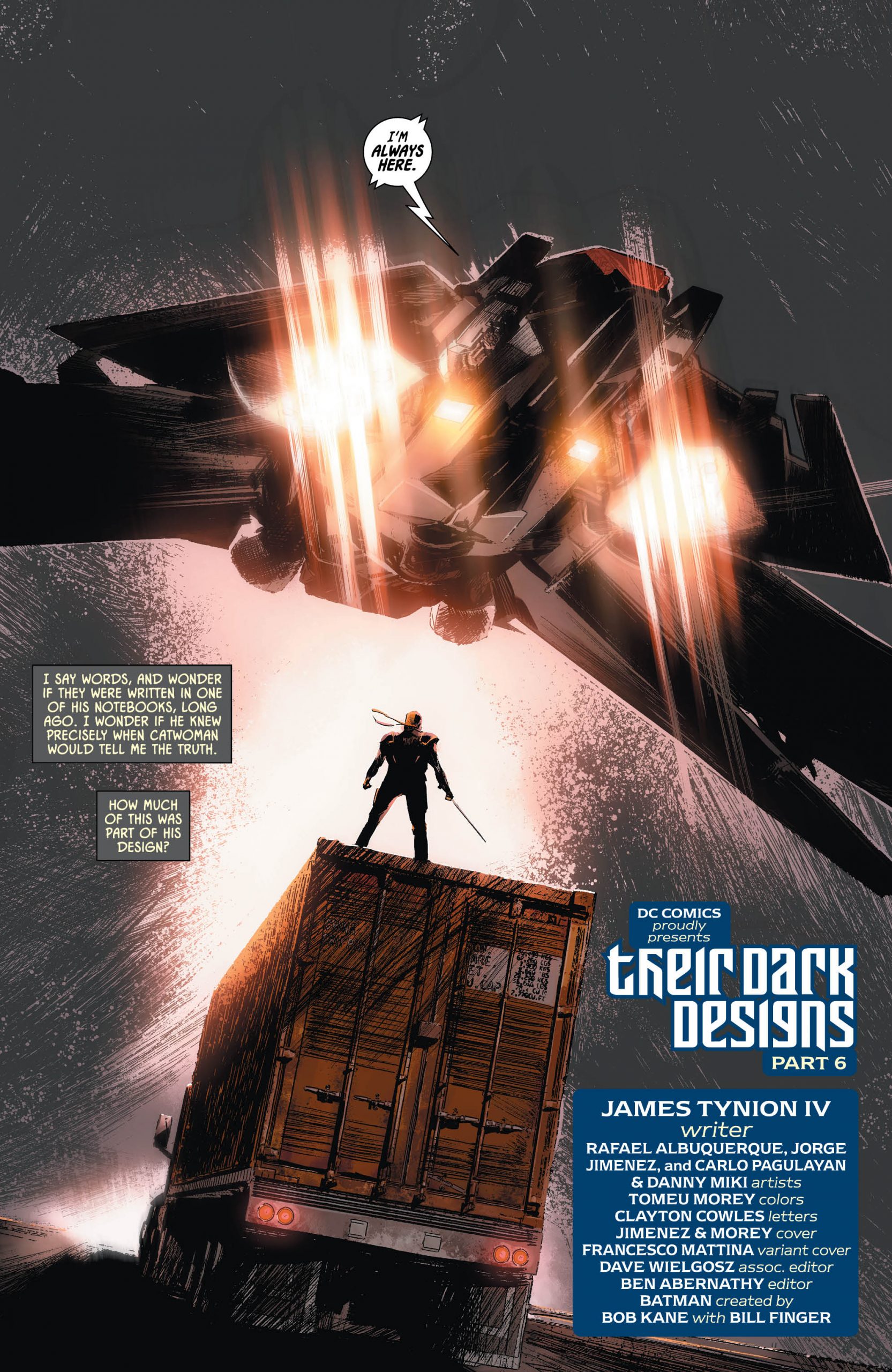 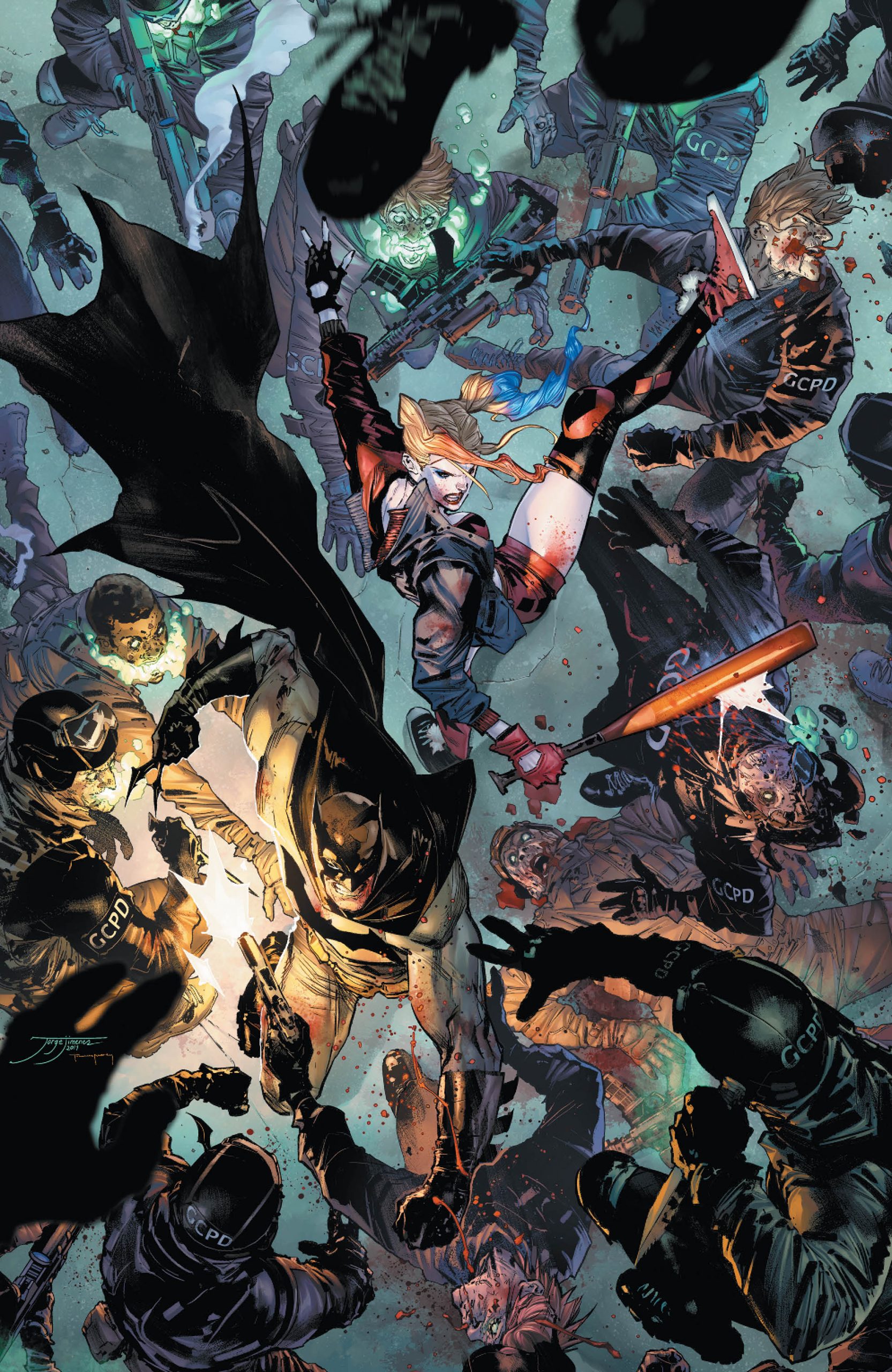 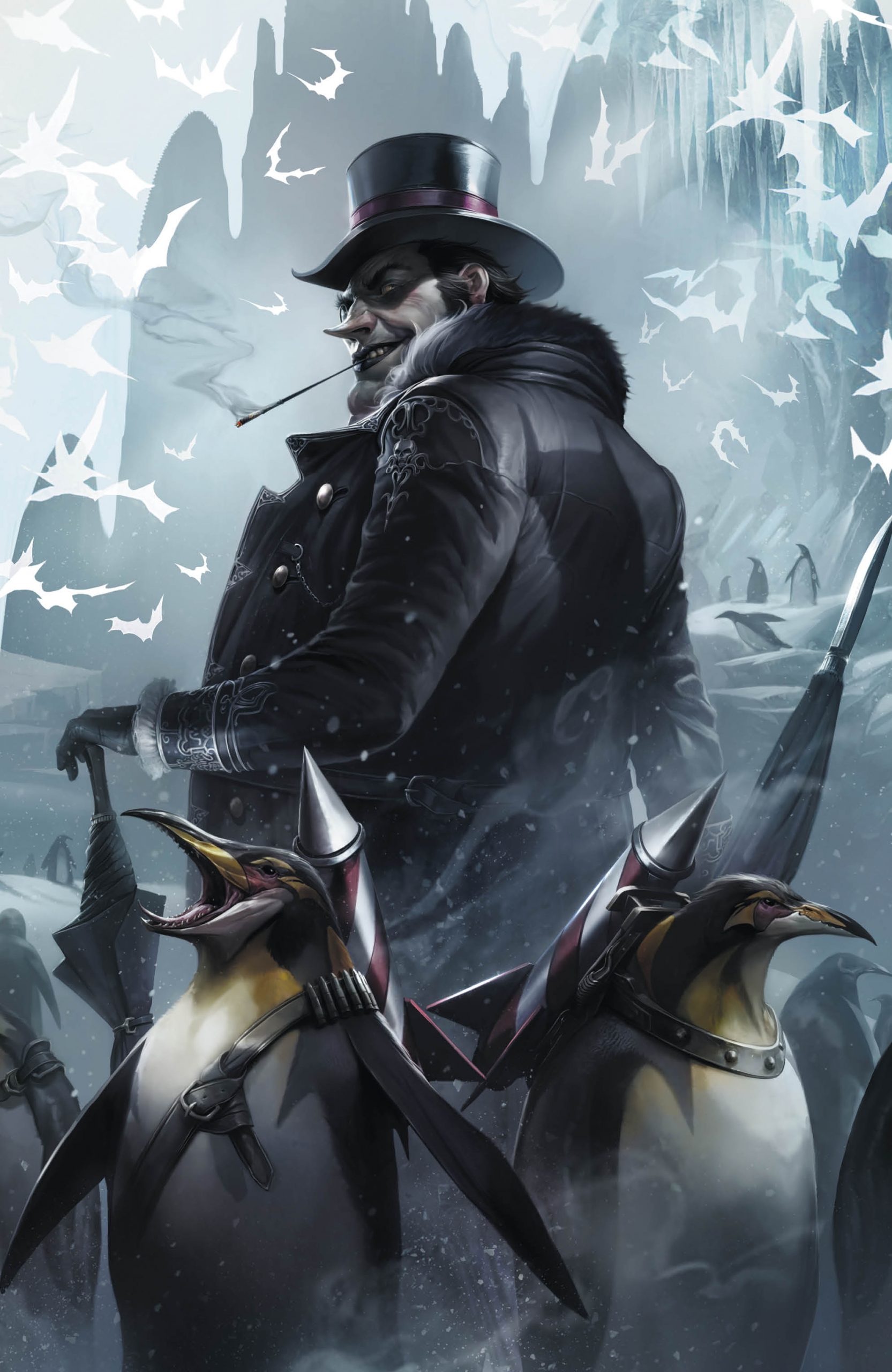 The highlight of the issue is the character interplay. Tynion writes great dialogue between both Batman and Deathstroke, and Harley and Catwoman. The fight scenes themselves are pretty good too. They show off different character personalities other than just that the characters are good at fighting.

Probably the best moment is where Batman tosses Deathstroke off the edge in an effort to get information out of him. However, as a hardened veteran criminal, Slade knows that Batman will save him. This is a good example of actions revealing character.

A Roster of Artists

The art on the issue is practically a roster of different DC illustrators. This issue was drawn by five different artists. It’s a miracle that the editor found so many with similar enough styles where the book can remain visually cohesive. While everyone’s art looks great, Jorge Jimenez‘s detailed look is the practical stand-out. His opening scene with Joker at a bar is visually stunning in its level of detail. However, having so many artists illustrate the book robs any sense of a unique visual identity. Hopefully, DC can nail down a consistent artist for their next story arc.

Batman #91 is weakened by having the Designer as the main villain. He’s broadly written and his motivations and methods are very vague. Unless Tynion is planning on paying off plots next issue, it seems like “Their Dark Designs” will be regulated as forgettable in a few years.