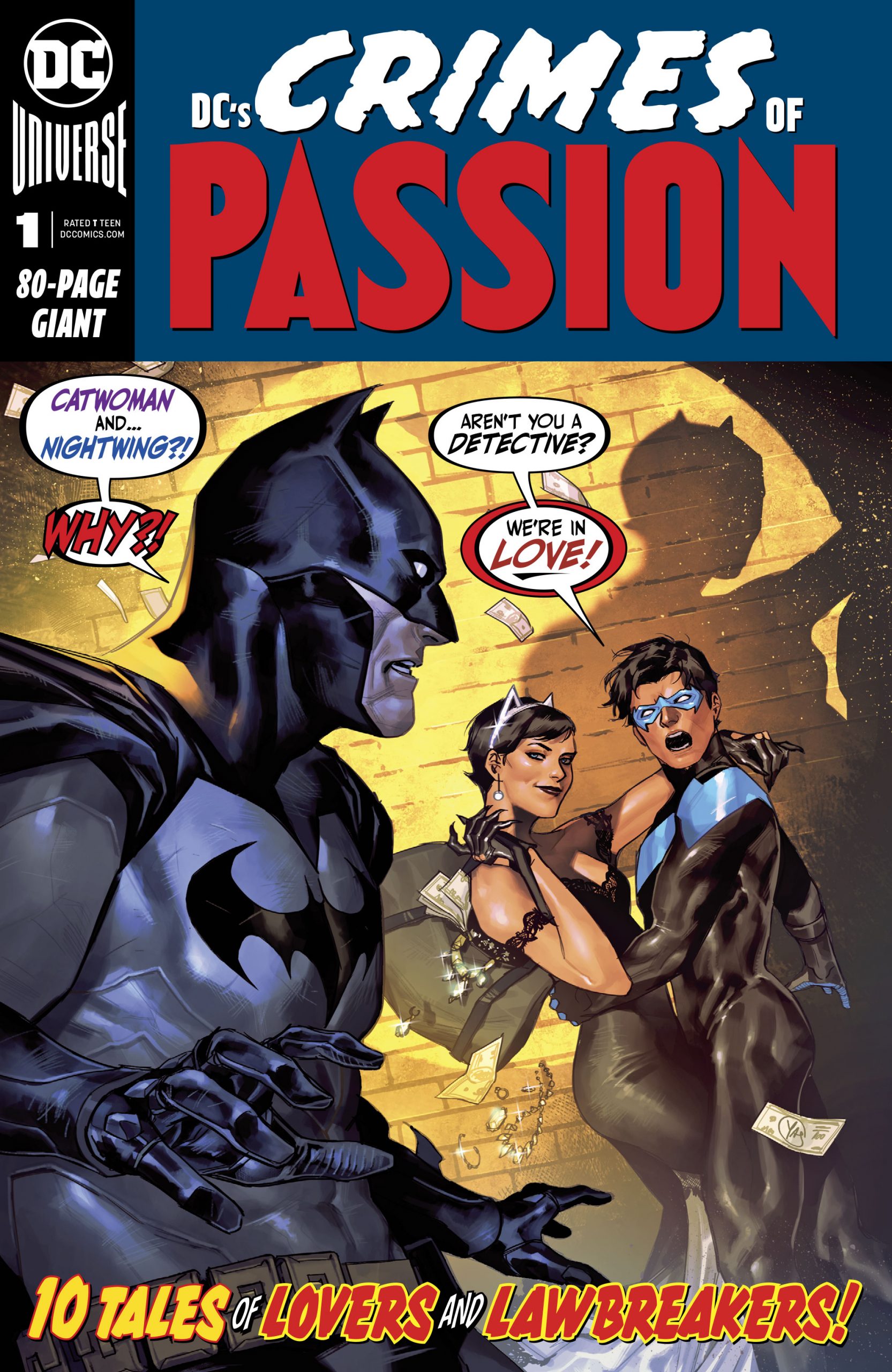 DC’s Crimes Of Passion is a done in one little gem of a comic that sent waves of nostalgia flooding over me. The clever part is that it’s also so here and now that, no matter how vintage the characters are, nor how classic the flashback format is, there’s no denying that is a book for today.

I grew up with old DC annuals, 80 and 100 page specials, so their resurgence in recent years has made me very happy. From the Walmart Giants, to the wonderful 1000th issues of Action and Detective Comics, every single one of these books offers fans a ton of entertainment for a reasonable price.

Starting off with Batman story “More Than Maybe” by Steve Orlando, Greg Smallwood and Clem Robins. Here we get our first dose of Golden Age gorgeousness, as DC’s Crimes Of Passion begins with a classic tale of love and loss… and it’s classic in more ways than one. Not only is Greg Smallwood’s terrific line art very reminiscent of the period, so is Linda Page. Ms Page is one of Bruce Wayne’s love interests from the 1940s (she first appeared in Batman #5 in 1941!) The script is tight, and not overly sentimental. We get danger and emotion in equal measure, and Clem Robins has even managed to give a hand lettered feel to the text.

Next we have Wildcat in “Pulling Punches” a tale where we see how love can lead to danger, yet is still the most important motivator of all. There’s a great, fun script from Stephanie Phillips, deliciously kinetic art by Riley Rossmo, along with vibrant colors and letters from Jordie Bellaire and Troy Peteri. Ted Grant is another one of my favorite Golden age characters and both his gruff persona and gigantic heart are beautifully on display in this lovely tale. 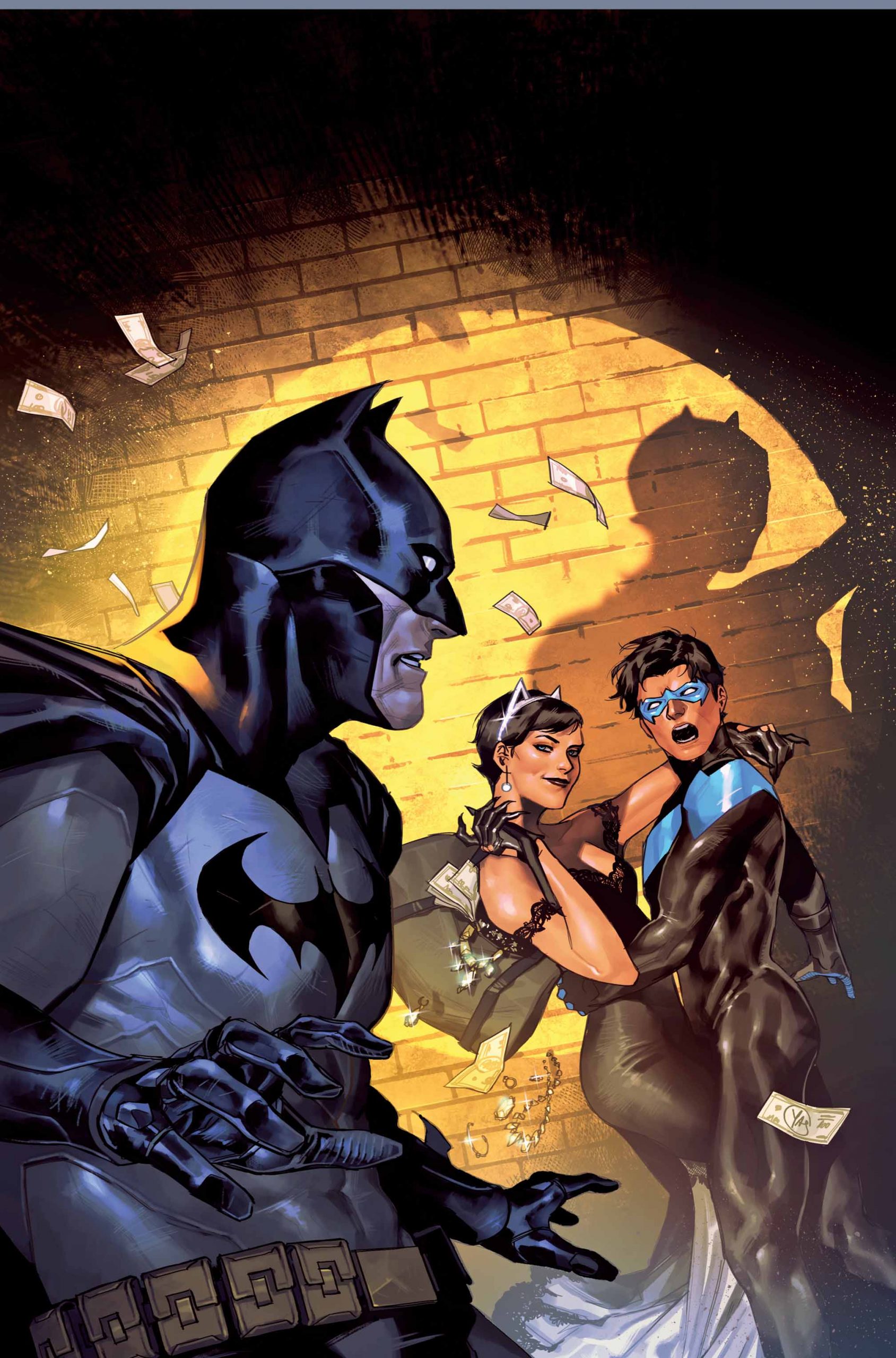 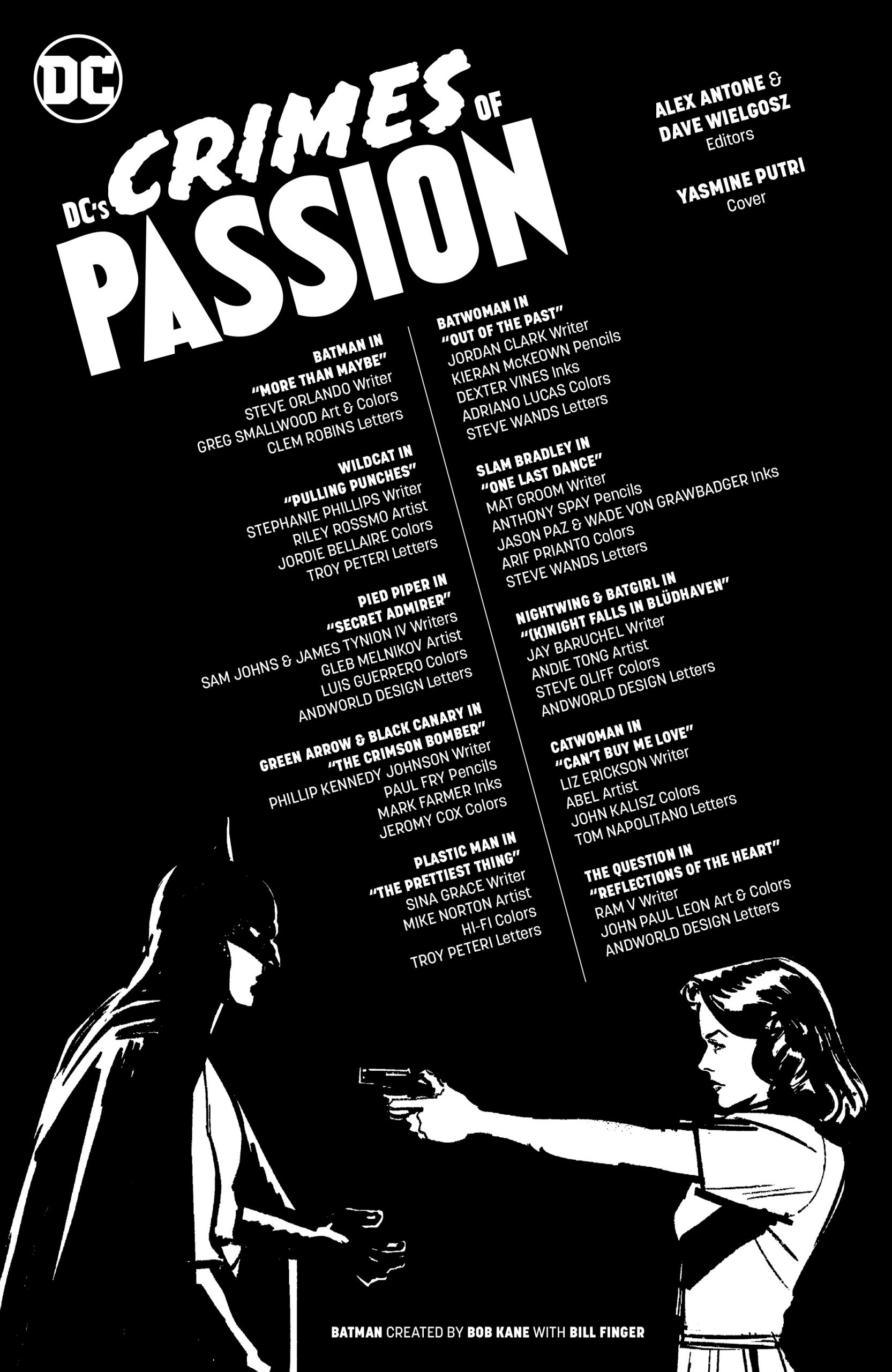 “Secret Admirer” is a Pied Piper story, written by Sam Johns and James Tynion IV, with art by Gleb Melnikov, colors by Luis Guerrero, and letters by AndWorld Design. This tale brings us straight back to the 21st Century! We get crime, temptation, and an ending which left me craving a follow up story. I really enjoyed this one.

I’m a sucker for a Green Arrow/Black Canary team-up, and “The Crimson Bomber” delivers on every level. I adore Ollie and Dinah and it’s clear that writer Phillip Kennedy Jonson, and artists Paul Fry and Mark Farmer feel the same way. Jeromy Cox does his usual great work on the colors as does Clem Robins, with his lovely 70s style titles and letters. Love leaps off the pages with main characters, there’s a lovely tribute to “Quiver” artist Ande Parks, and the “villain” is definitely committing a crime of passion. Great stuff.

No anthology would be complete without a comedic story, and who could be better at delivering laughs than Plastic Man? In “The Prettiest Thing” we get a great tale from “the one who got away” catalogue by writer Sina Grace, with lovely art from Mike Norton and colors by Hi-Fi. Troy Peteri provides the letters, and I wonder if he would’ve liked to have been the one to show Plas swallowing his pride instead of Mike Norton. While the story is very funny, there’s heartfelt emotion there too, and I love it that Eel’s old flame was portrayed as a friend, rather than as an antagonist. 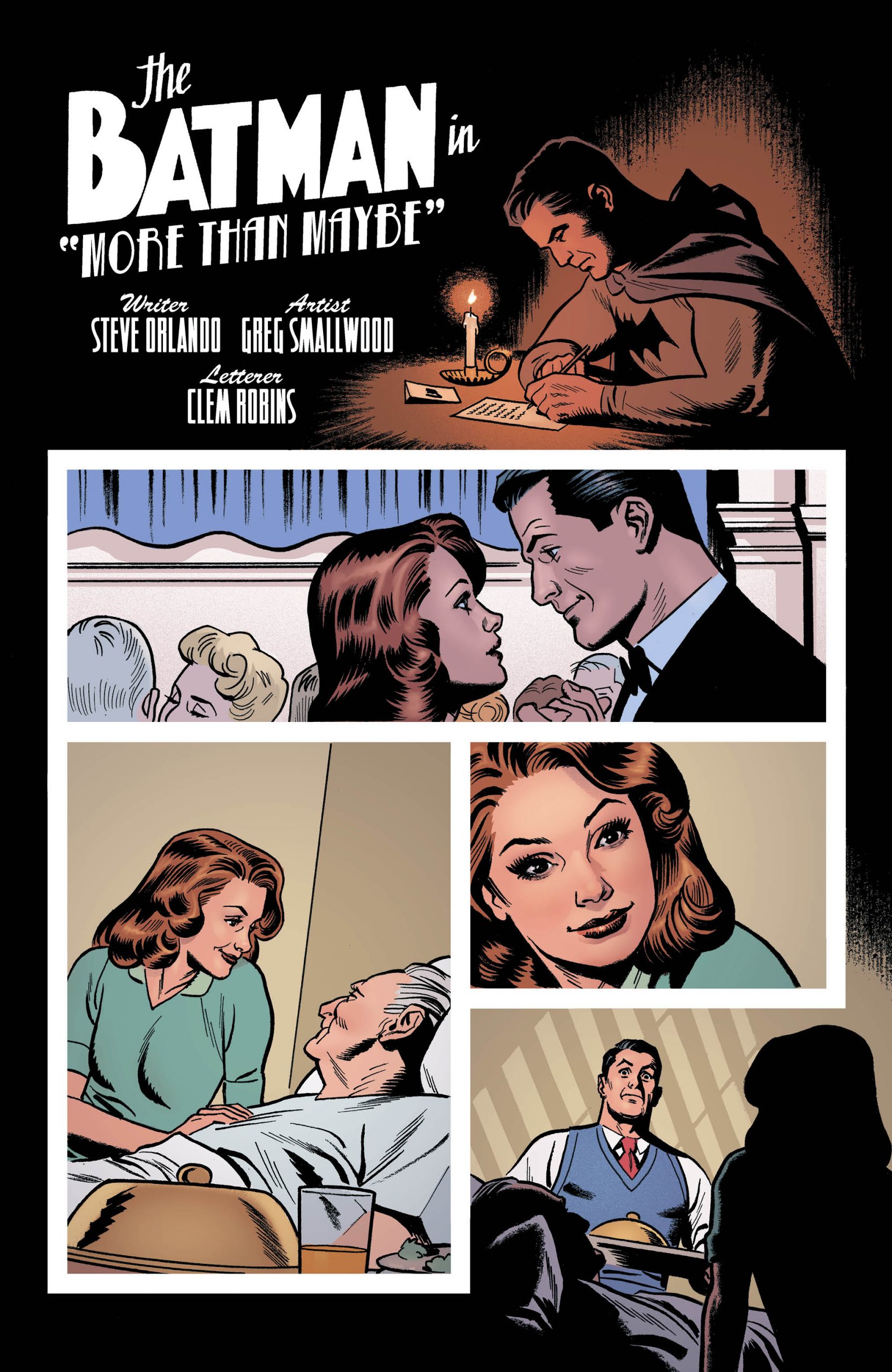 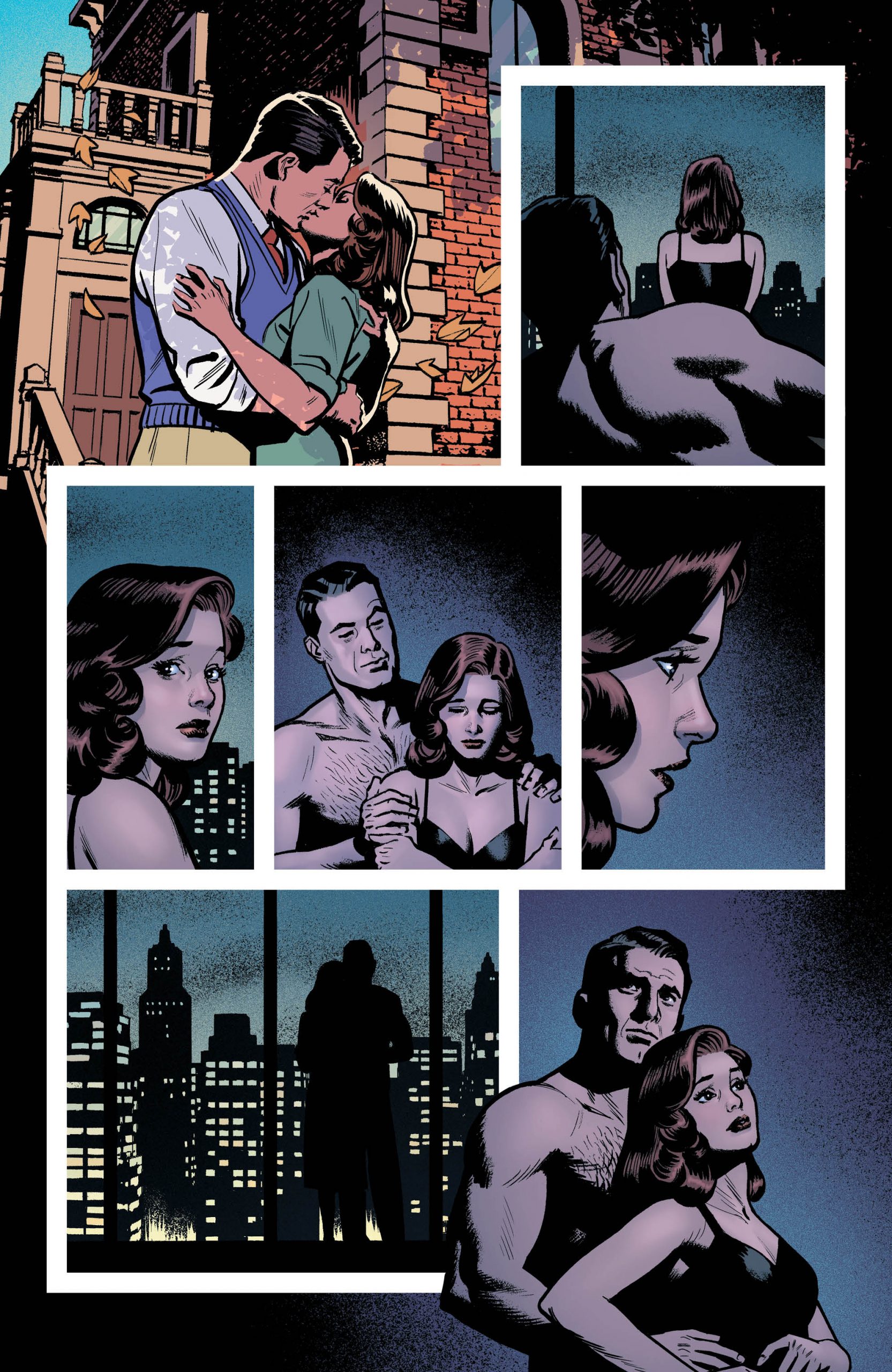 Proving that you can’t keep a good gumshoe down, we also get a fantastic treat of a story featuring Detective Comics‘ other world class sleuth, Slam Bradley in “One Last Dance.” This action packed tale shows that Slam’s still got the moves, and though his companion may be silver haired, she could still make Catwoman’s whiskers twitch with envy. I love Mat Groom’s character work in this story and artists Anthony Spay and Jason Paz show the world why you should never count anyone out because of age. Arif Prianto’s colors light up the night and Steve Wands returns, lettering his second story of the book. 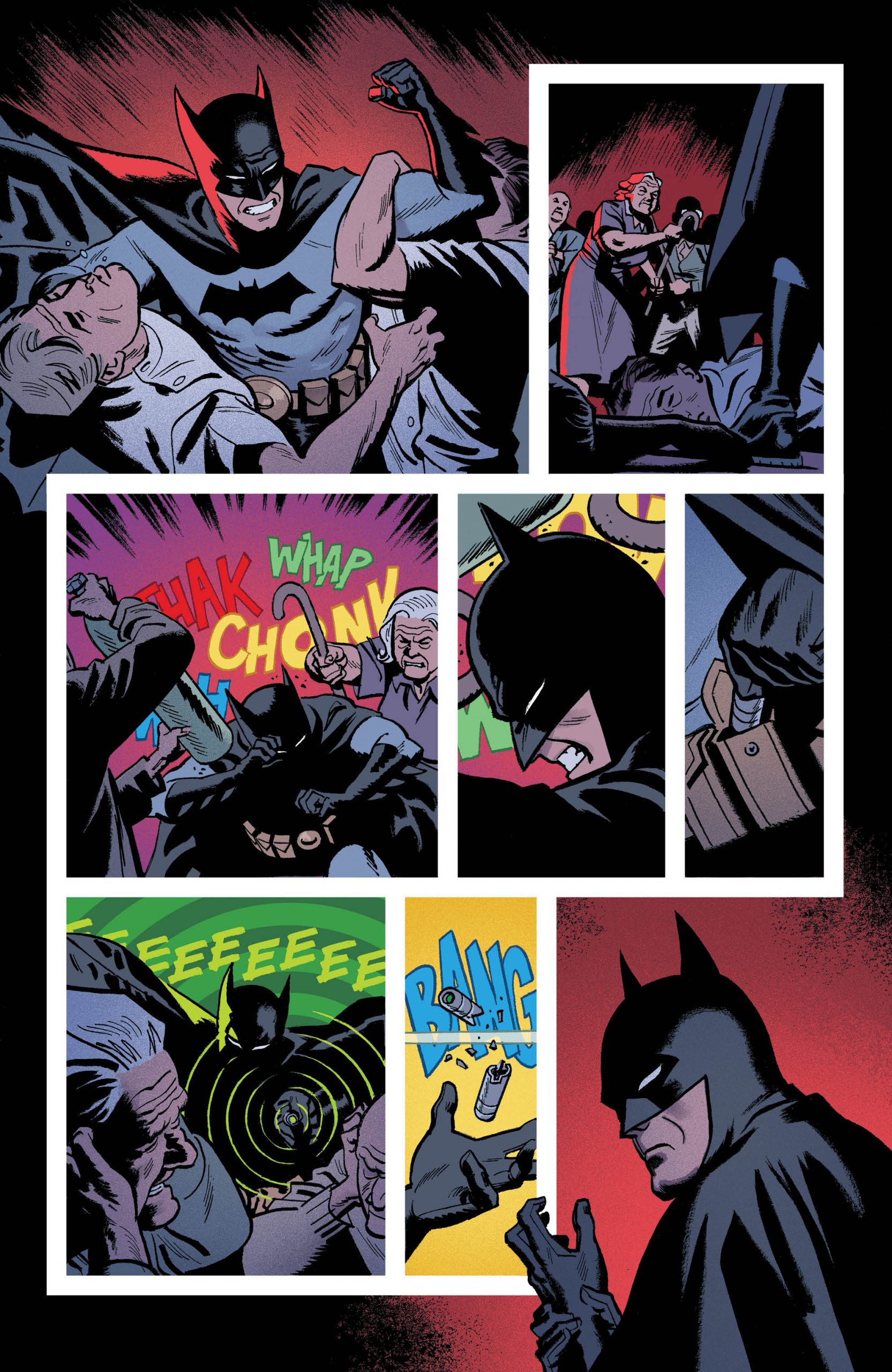 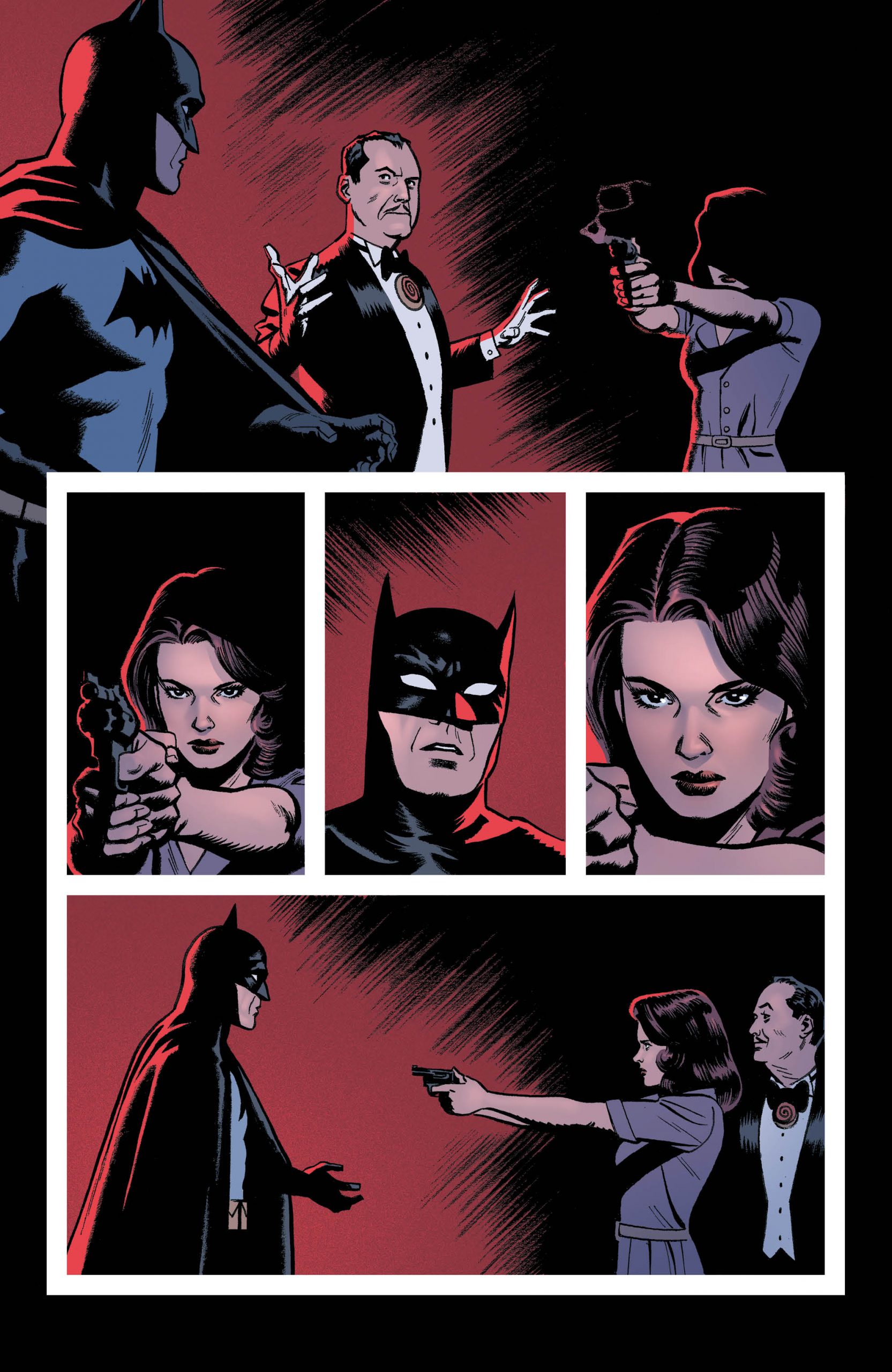 We don’t get to see the cover story play out (another vintage comic-book trope) but we do get a great little tale featuring Nightwing, and his long-time on-off romantic interest, the inimitable Batgirl, Barbara Gordon. I will never stop rooting for this couple. Jay Baruchel looks like he feels the same way and writes a lovely story brilliantly illustrated by Andie Tong, with colors by the legendary Steve Oliff and letters by AndWorld Design. Grayson + Gordon 4Ever. I thoroughly enjoyed “Knightfalls In Bludhaven.”

Next we get Catwoman at her burglarizing best, stuck between a warring crime couple who love to hate each other. “Can’t Buy Me Love” is another favorite, Hilariously written by Liz Erickson and beautfully illustrated by Abel, with colors by John Kalisz and letters by Tom “Napalm Quill” Napolitano.

DC’s Crimes Of Passion closes with a beautifully dark love story starring the Question. “Reflections Of The Heart” could be my favorite story in the book. It’s a crying shame that DC only gave us sample pages from “More Than Maybe” because all the art in this comic is top notch, and John Paul Leon’s work on this story is stunning. I’ve been following Ram V’s work for a while now and this tale shows he can write one-off diamonds like this one, as well as long, rich story arcs too. Once again, why doesn’t Vic Sage have an ongoing title of his own? If DC can get Ram and John Paul on a Question series I’ll be first in line to buy it. Maybe Vic will guest in an upcoming issue of Ram’s Justice League Dark? One can only hope.

DC’s Crimes Of Passion is a keeper. This anthology is another prime example of superhero comics delivering more than just bulging muscles and explosions… though we get a few of those too. We see many different sides of love in this issue, and they’re all valid.

This is a great comic to give the comics lover in your life on Valentine’s Day, and will last way longer than a box of chocolates. Highly recommended.