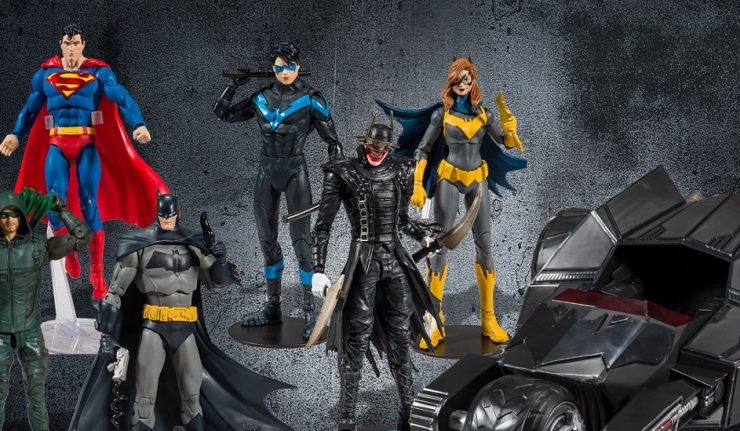 Anyone who knows anything about comics knows the name Todd McFarlane. Anyone who loves quality action figures no doubt recognises the McFarlane Toys brand too. In 2019 Todd announced that his company had been awarded the license to produce DC Comics based action figures, and what we’ve seen posted online in recent months has been mind-blowing.

Now the creator of Image Comics’ Spawn and artist of Batman: Year Two has spoken to DC Daily all about his work, and it’s something no collector should miss.

Fans of everyone’s favorite Dark Knight (which means virtually every visitor to this website… right?)  will love the figures and vehicles that McFarlane toys has created. We have comics accurate Batman, Nightwing and Batgirl figures, an awesome Batman: The Animated Series piece, the Batmobile, and even the incredible HellBat armored Batman from the “Robin Rises” storyline.

Airing new episodes every weekday, DC Daily is on DCUniverse.com. Fans do not need to be members of the DC UNIVERSE digital subscription service to have access to new episodes of the show.

If you’ve liked this short highlights video, then click this link to watch the whole interview with Todd McFarlane and the McFarlane Toys DC Universe line on DC Daily.