“Tales from the Dark Multiverse: Knightfall“ 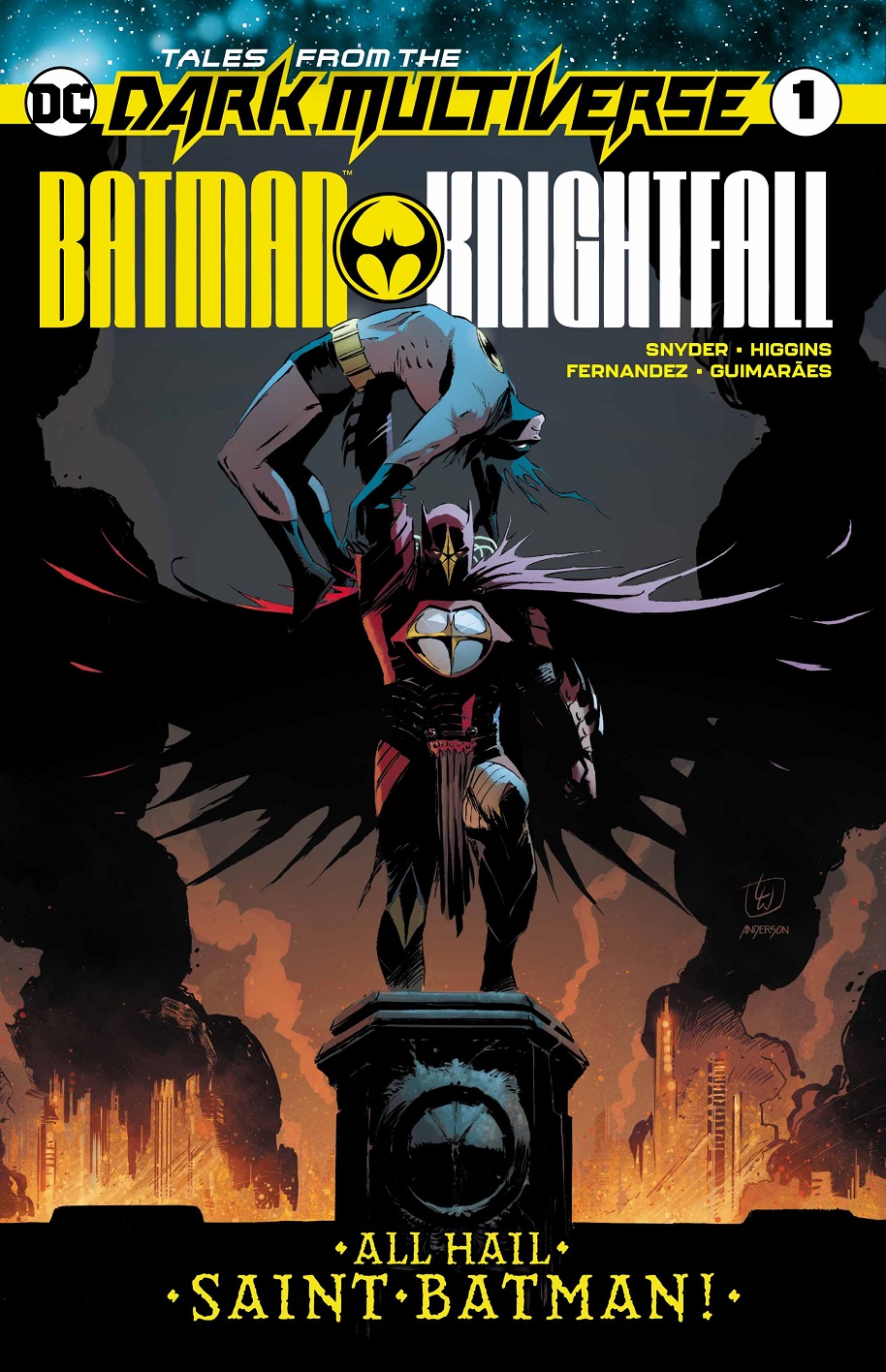 Scott Snyder and Kyle Higgins take us back to when we first heard the crack heard around the DC Universe, the first time we really thought that this might be the end of Batman as we know it. Snyder and Higgins take us to a place where “What if…” is reality… in the razor thin edges of the multiverse. Yes, Tales from the Dark Multiverse: Knightfall #1 is here!

Both authors give a great perspective of what could have happened if the Bruce Wayne had stayed broken, and Azrael permanently assumed the mantle of the bat… ad it’s not a good one! Gotham is cut off from the rest of the world and martial law has been instituted by Azrael.

We’re immediately caught up by watching how the original KnightFall occurred, and then how The Batman Who Laughs was created. We also meet the new “watcher”on the boundaries of reality… Tempus Fuginaut, who has assumed a task of observing alternate universes to find heroes who can help in the oncoming war that Dark Nights: Metal and the Current Year Of The Villain set into motion.

The story that unfolds is a grim tale of revenge, as Azrael’s horrific treatment of Bruce Wayne takes the forefront in this story. Ego aside… does Bruce deserve this? Azrael’s reliance on the Venom drug – that wheezing you hear is an addict bent on revenge – then the torch is passed to the child of Bane, who’s on a collision course of revenge. Who am I to reveal the role that the original Batman ultimately plays in this “What If…” adventure? Fuginaut may not find the hero he seeks in this universe, but he uncovers a lot thanks to Snyder and Higgins’ imaginations! 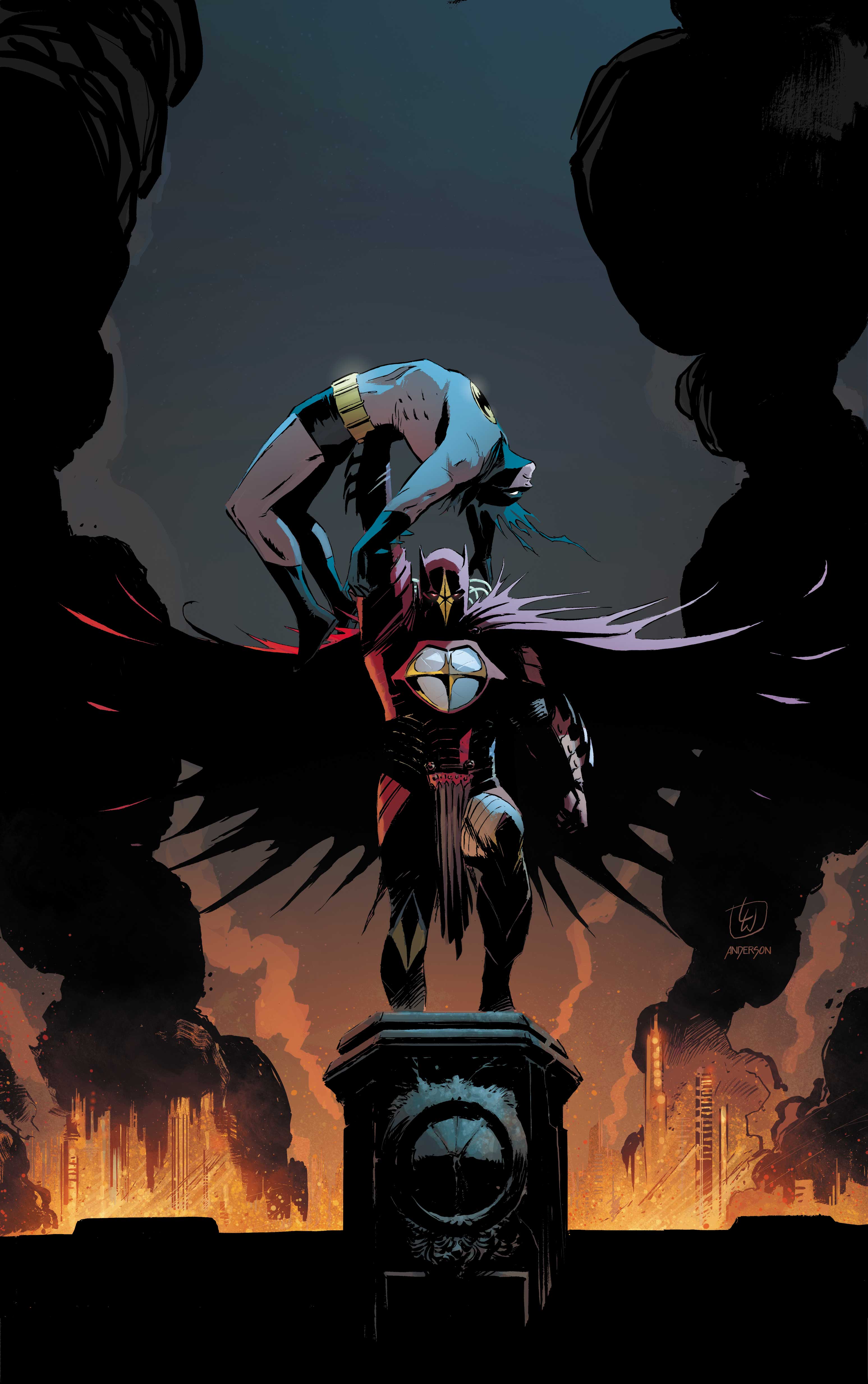 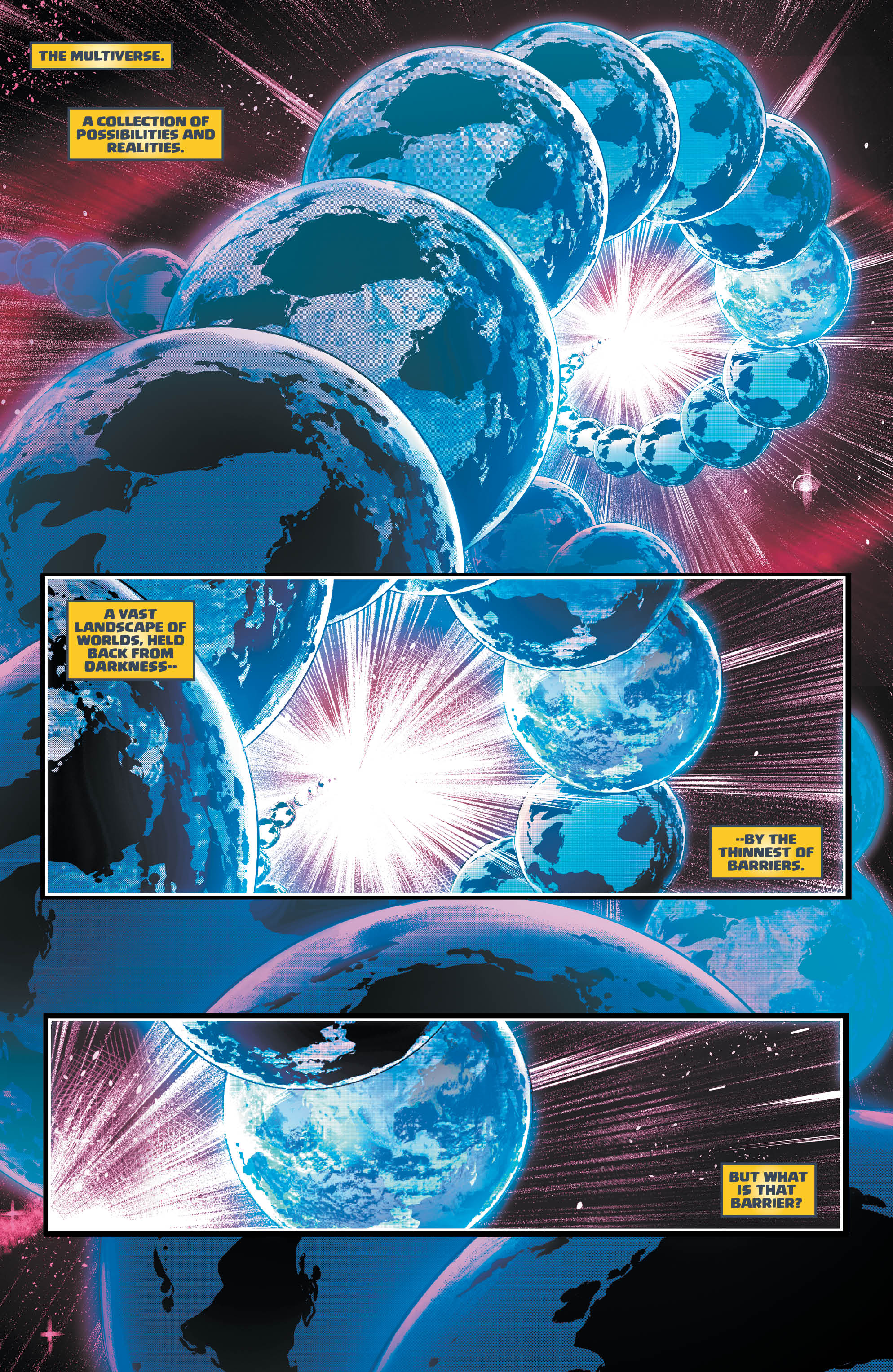 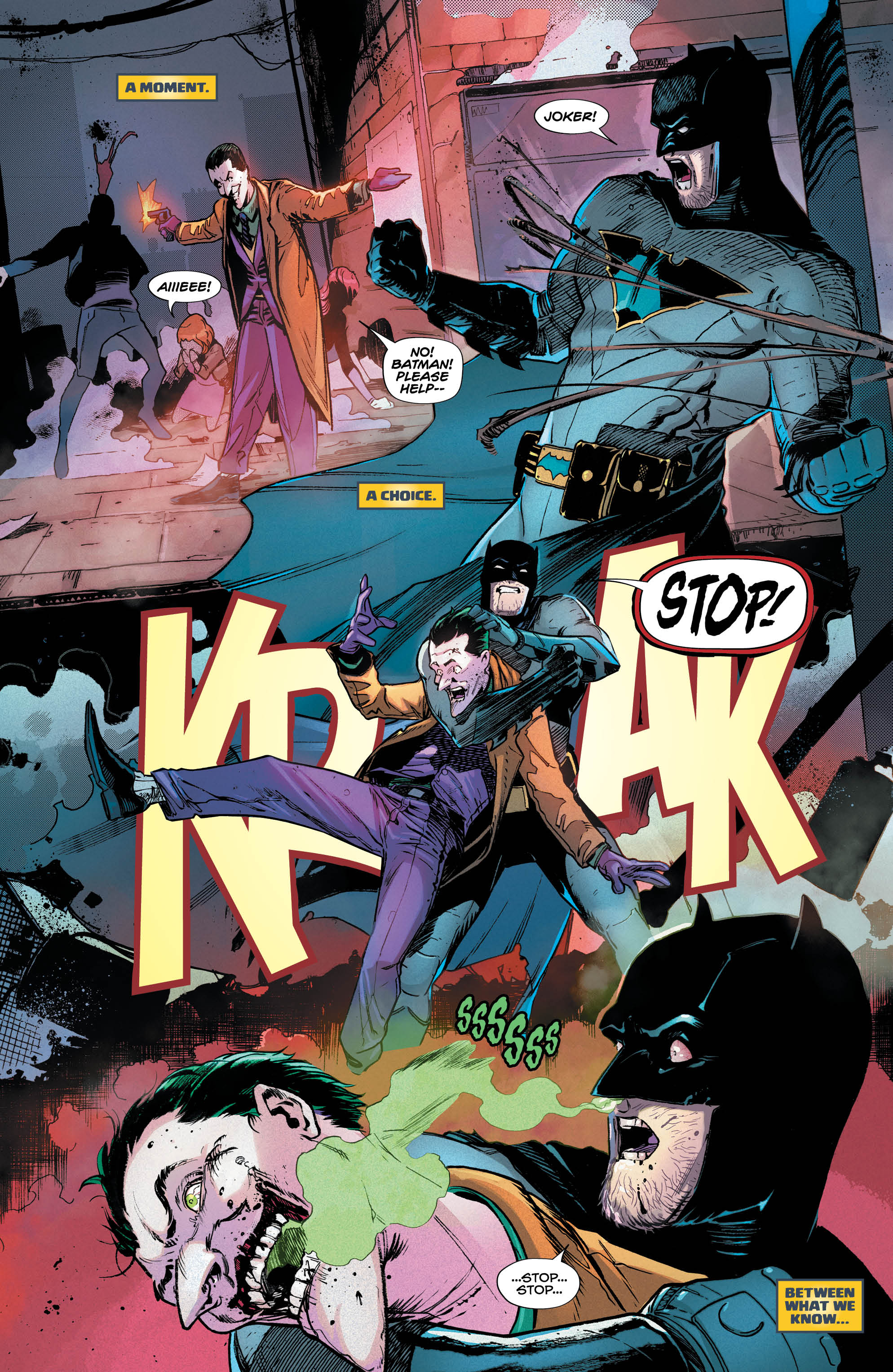 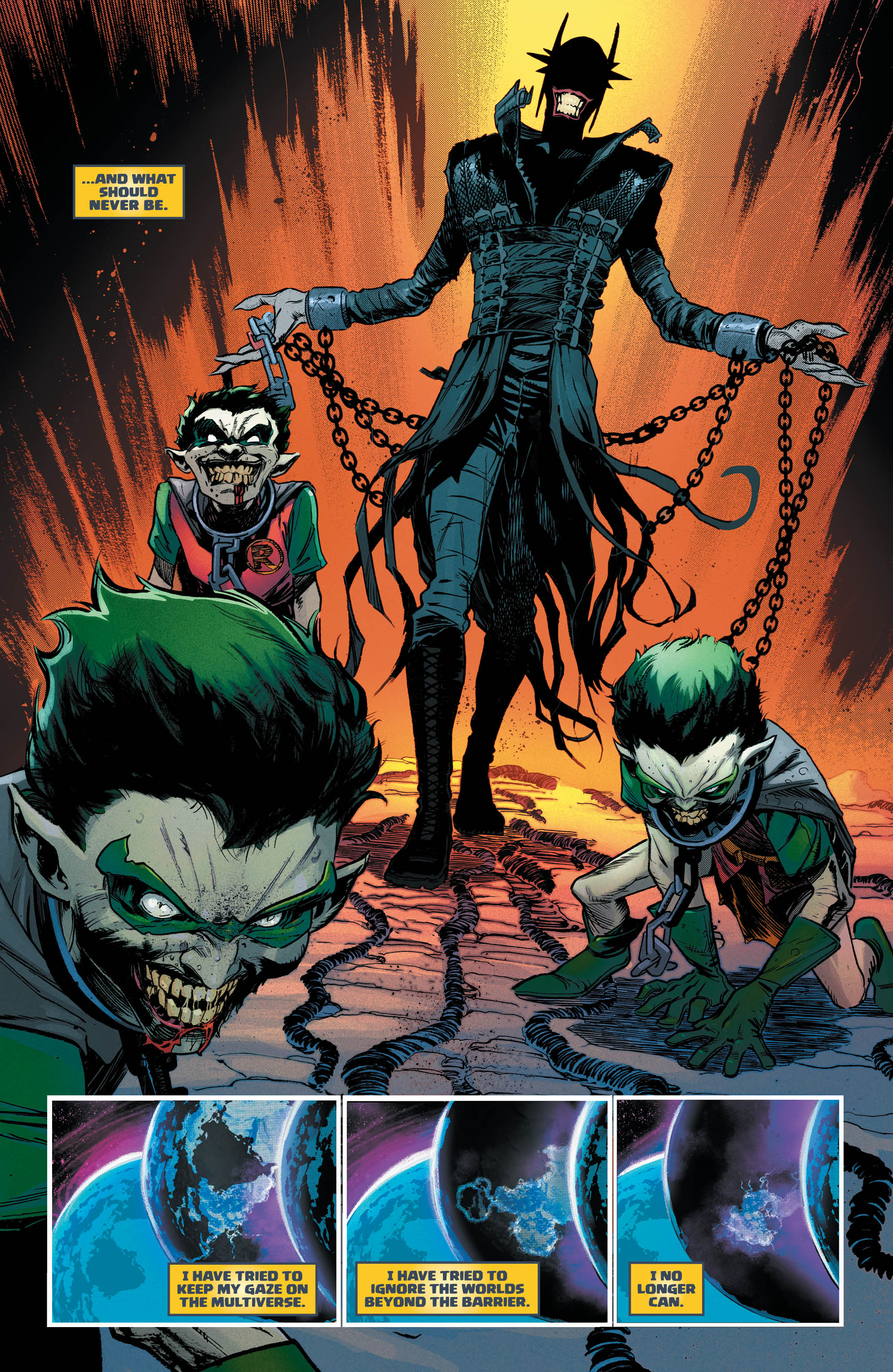 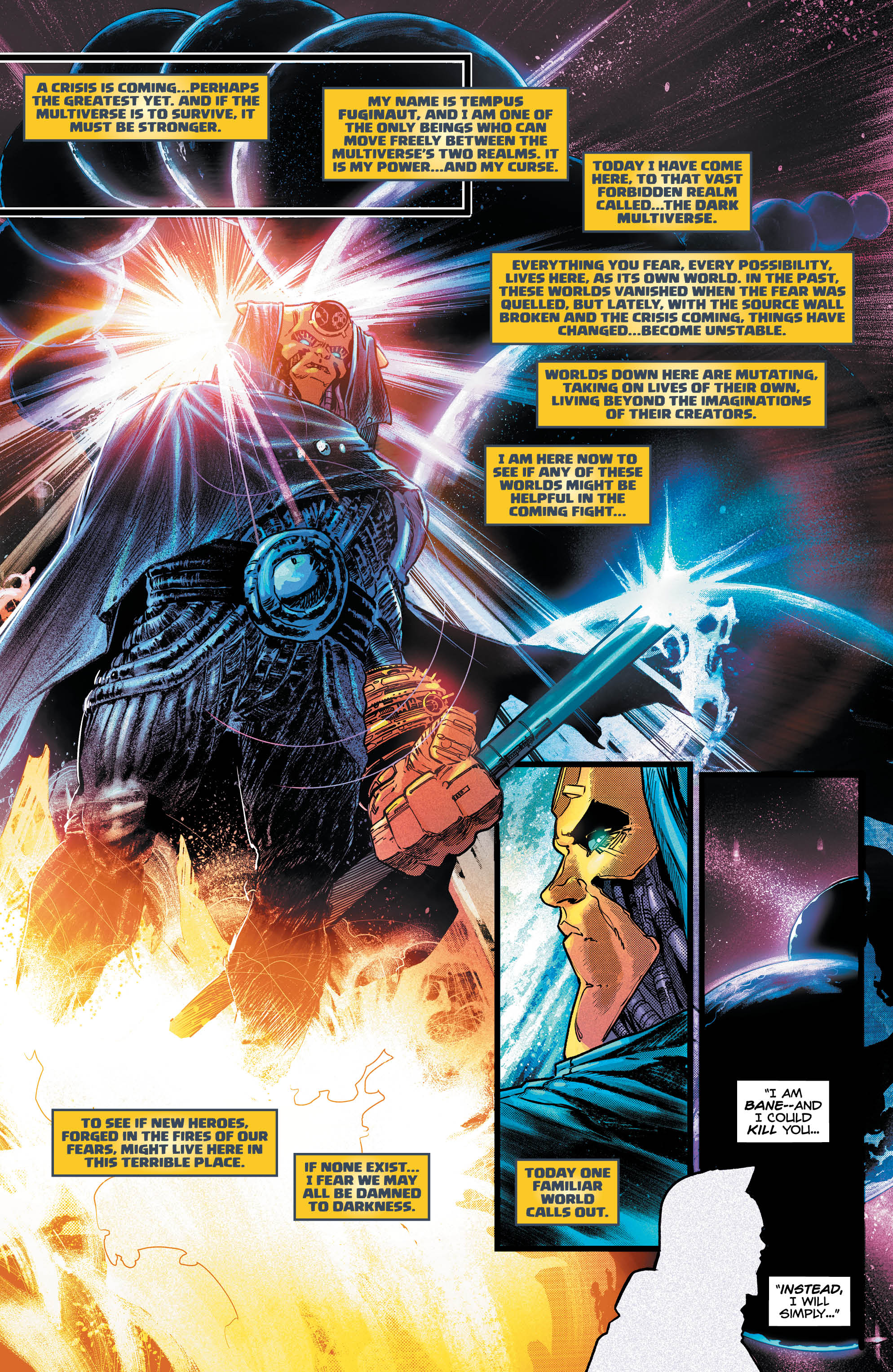 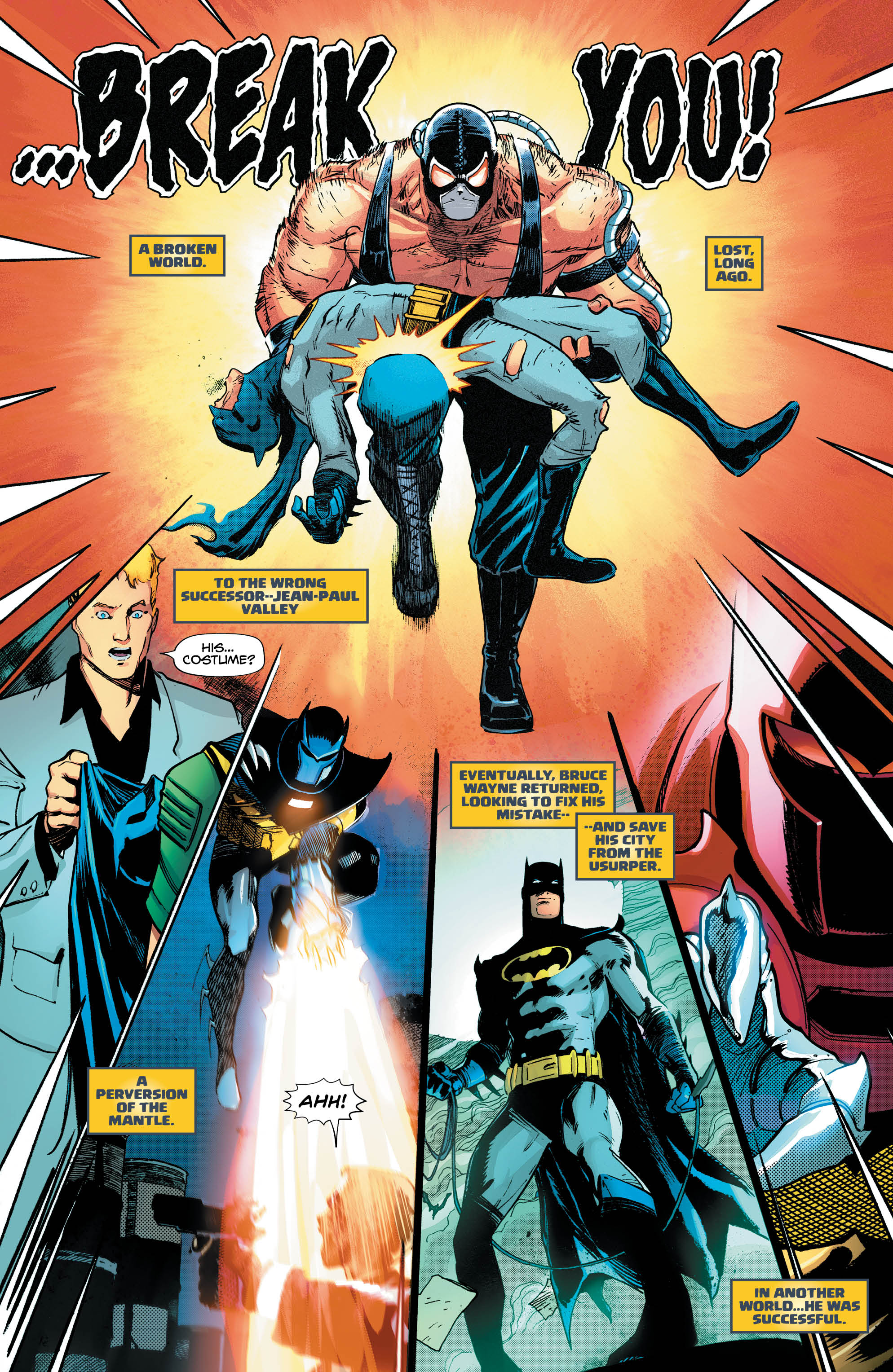 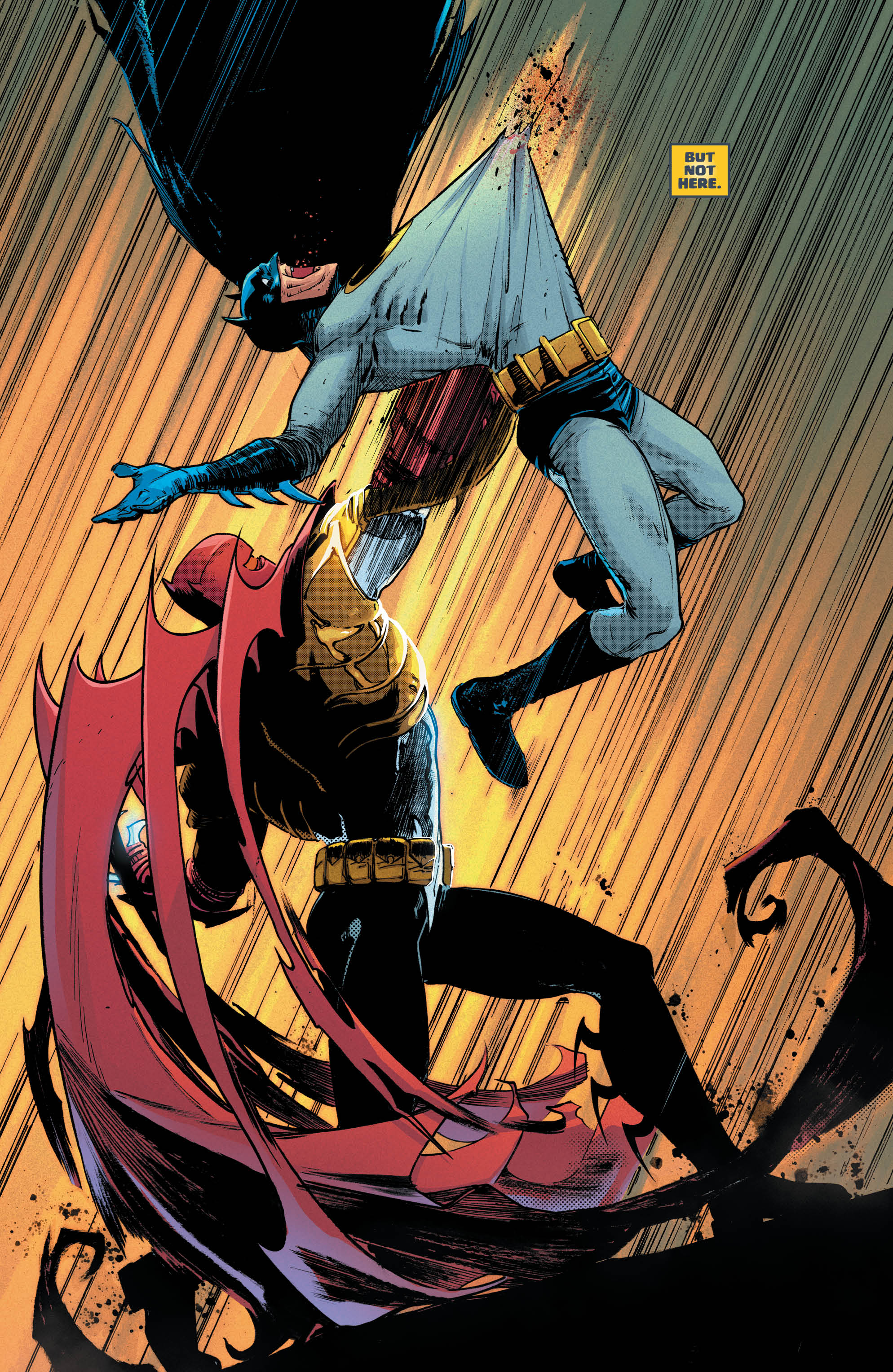 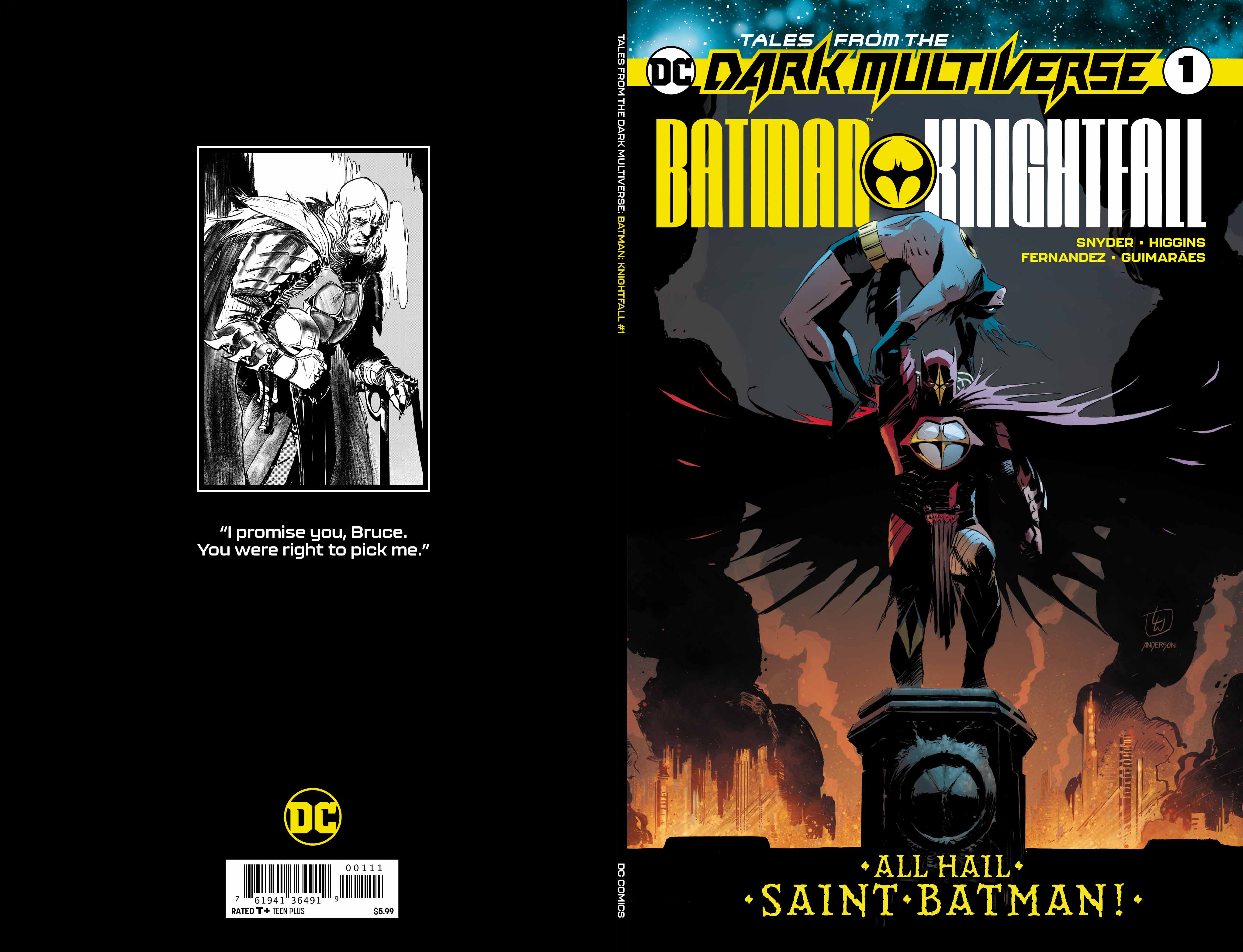 Long ago in comics, when authors wanted to wander off the beaten path of standard storylines, they needed a forum like the “Elseworlds” comics, where that exploration could happen. What if Bruce had been raised by Jon and Martha Kent? What if Superman was raised by the Russians? What if the Bat stayed broken and Azrael remained Batman.

Javier Fernandez… hats off. This terrific artist visits the 1990s with a retrospective look at Bane and Batman, and then rockets us forward to The Batman Who Laughs, and finally catapults us to a place we don’t need to see.

I was in shock back when Bane broke the Bat, but I may be even more upset seeing what Azrael does to Bruce in Tales from the Dark Multiverse: Knightfall #1. No one deserves that fate, or that ending! I’m afraid that once a person endures what Bruce has… it was bound to happen!

These Dark Multiverse tales could really be AWESOME! I can’t wait for Tempus Fuginaut to make more rounds around the DC Multiverse, as he has to find that one, true hero… the one woman or man who can aid our traditional heroes as they go through the Crisis at hand.  However, this is one search that could end up being a long one, but anything that Scott Snyder touches these days is on fire!