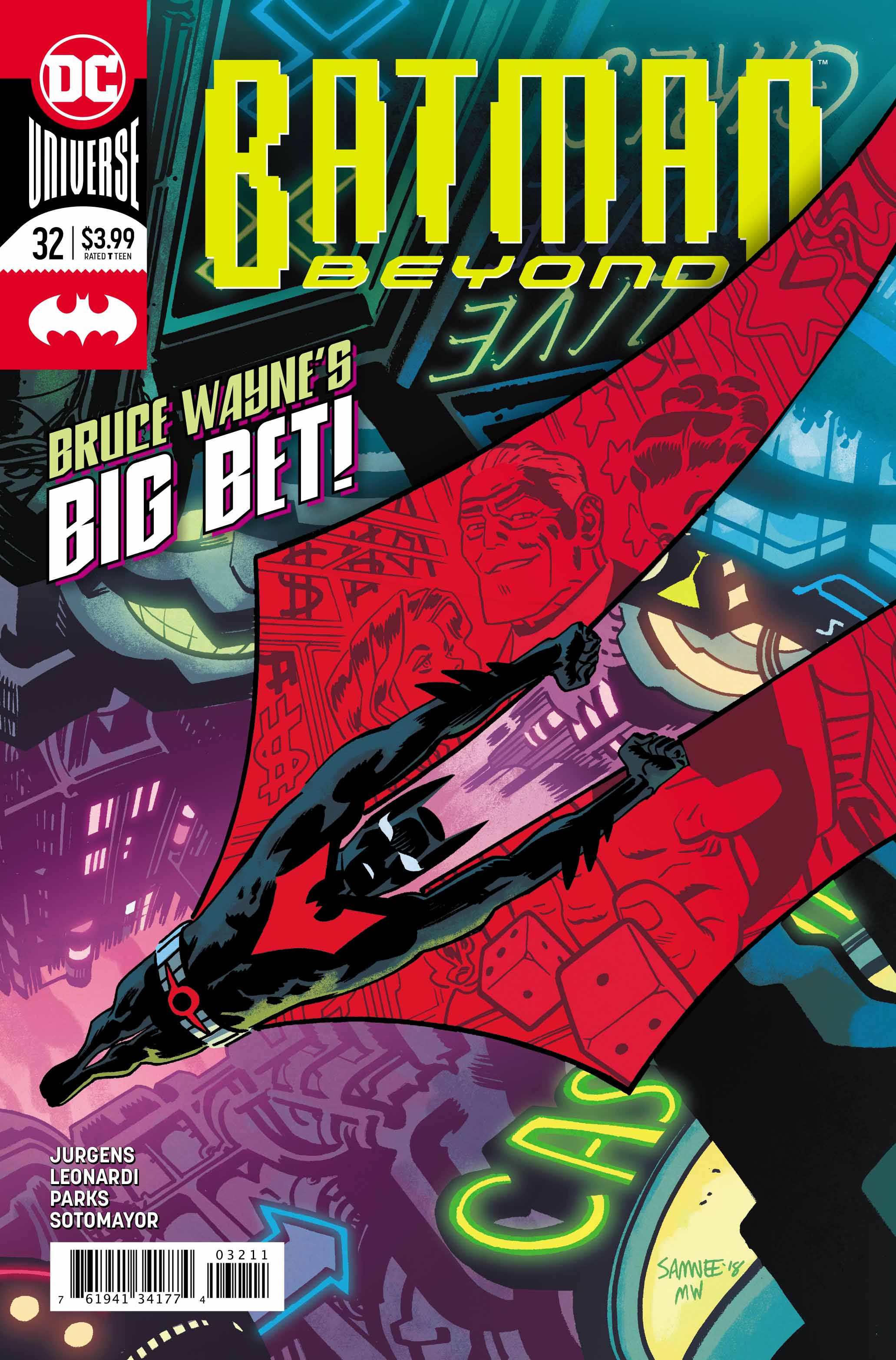 Batman Beyond #32 begins where issue 31 ended. Thankfully Dan Jurgens didn’t play with our emotions for very long between releases. We had no doubt that Batman was fine, but it took seeing the hero recover from the situation he was stuck in to really let us catch our breath. This doesn’t mean that Batman is free or clear, not at all. The situation is murky in both of the interwoven stories. Villains have their eyes on strange tech, while Bruce is acting aloof and odd.

It was clear to some, but subtle to others, in issue #31. Now we’re starting to wonder about this impostor Bruce, from the jump in this issue. We know he’d never be so uncaring about Terry McGinnis’ fate. Throughout, the fake Bruce brushes off Batman’s entire situation, accepting that whoever’s under the mask, they’ve surrounded themselves with a strange lifestyle down here in this cave. That’s why, whoever this Bruce is, takes the first opportunity to leave and place the “Big bet” the cover artwork advertises. 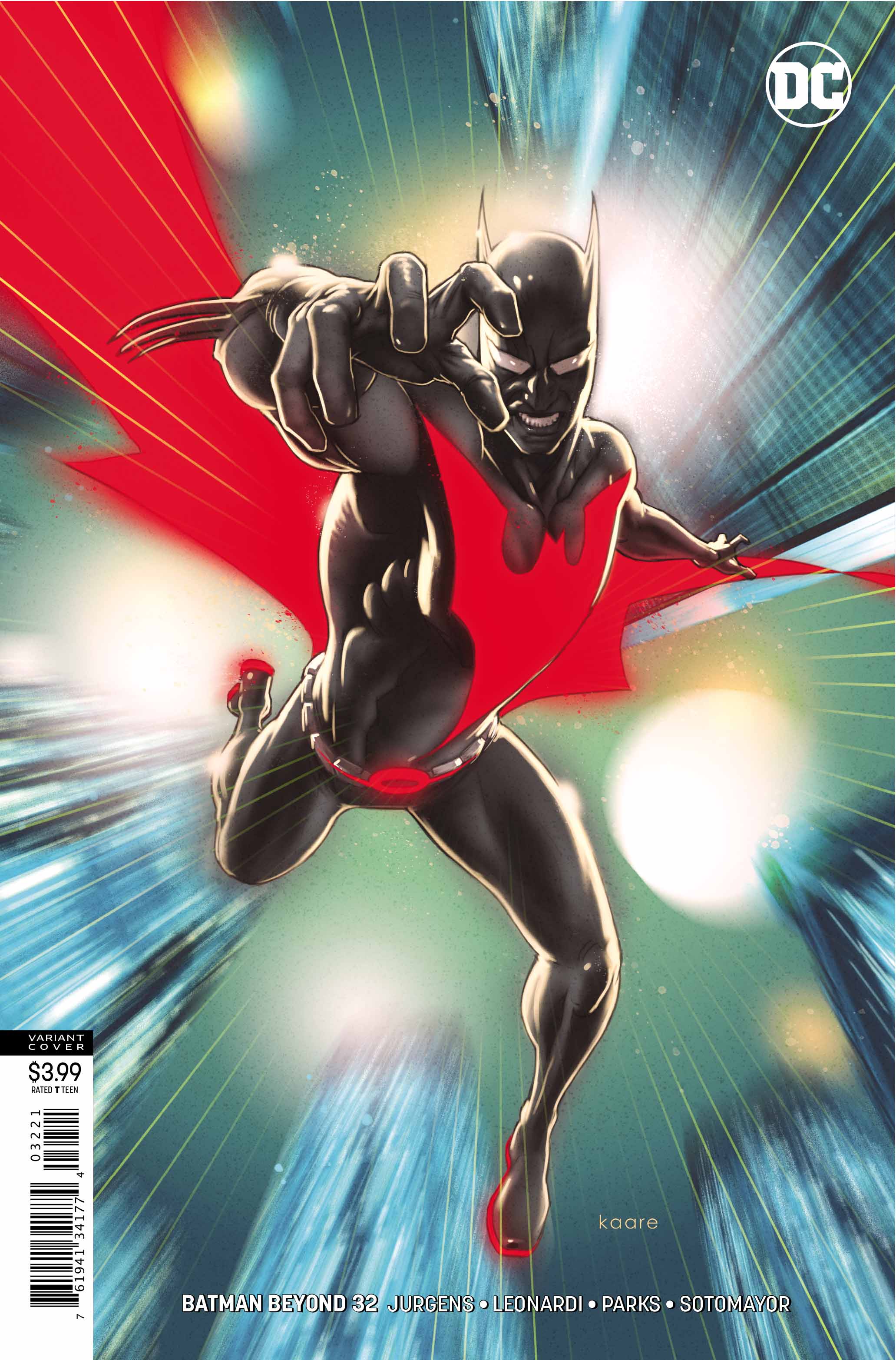 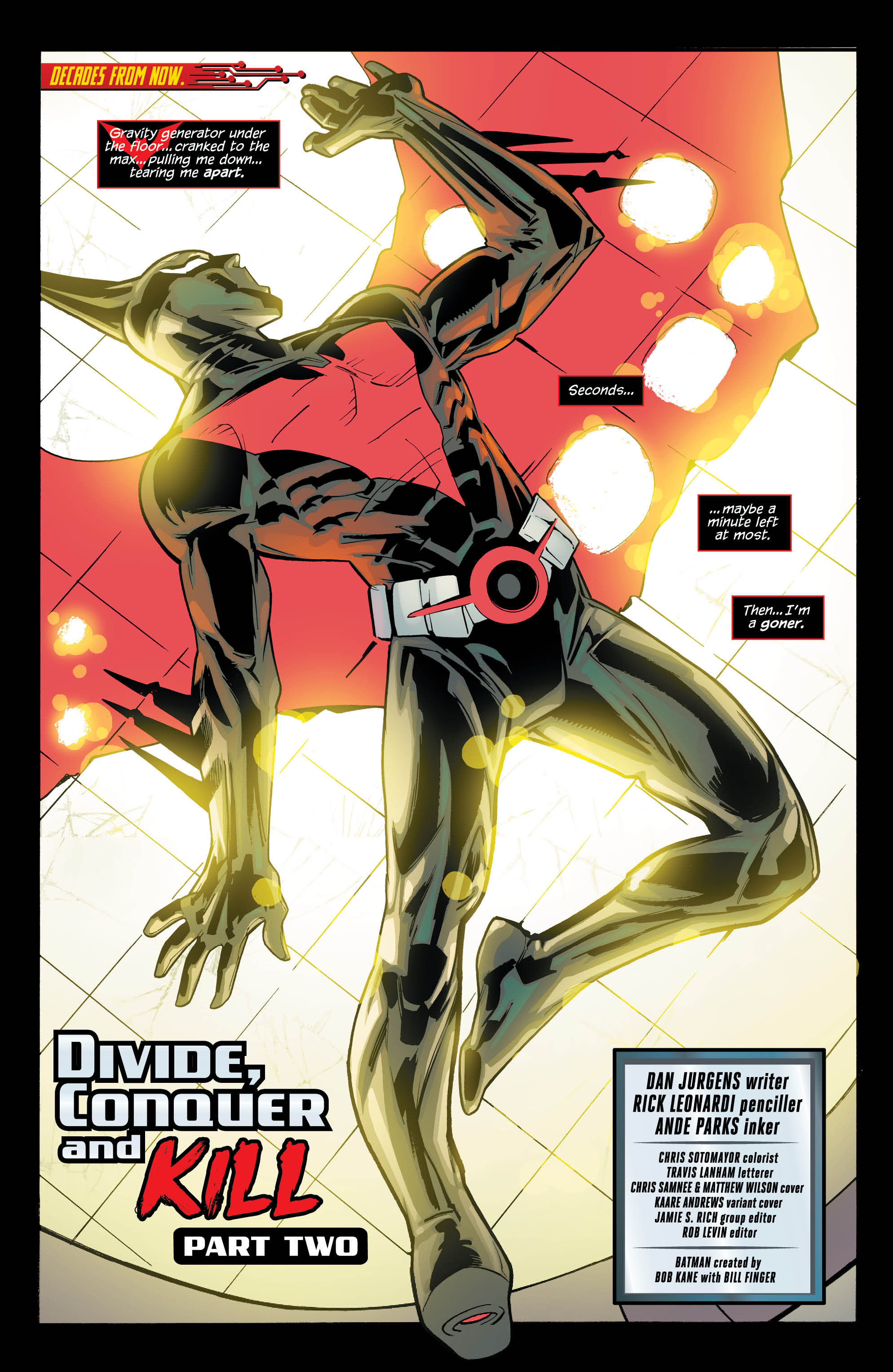 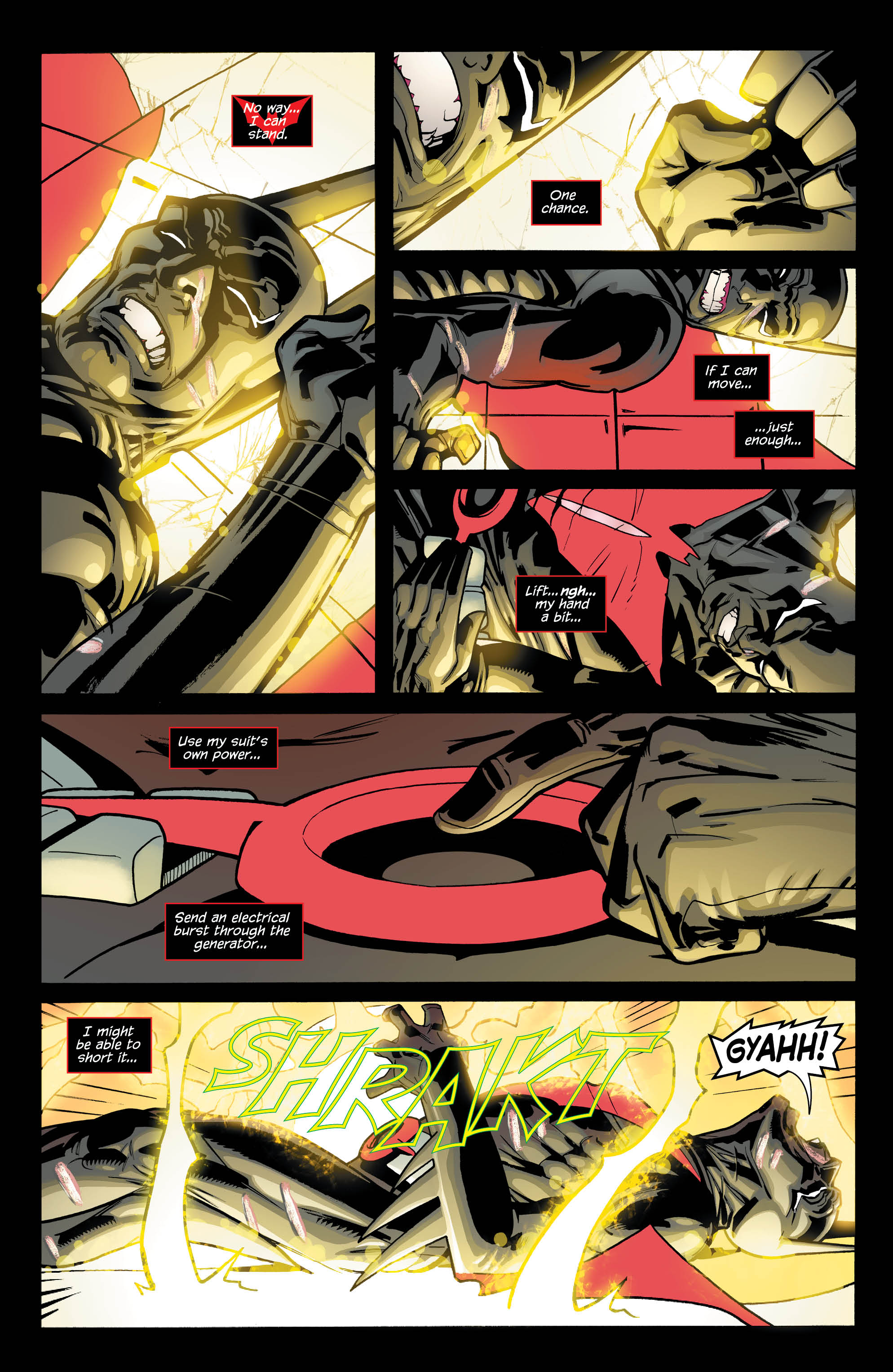 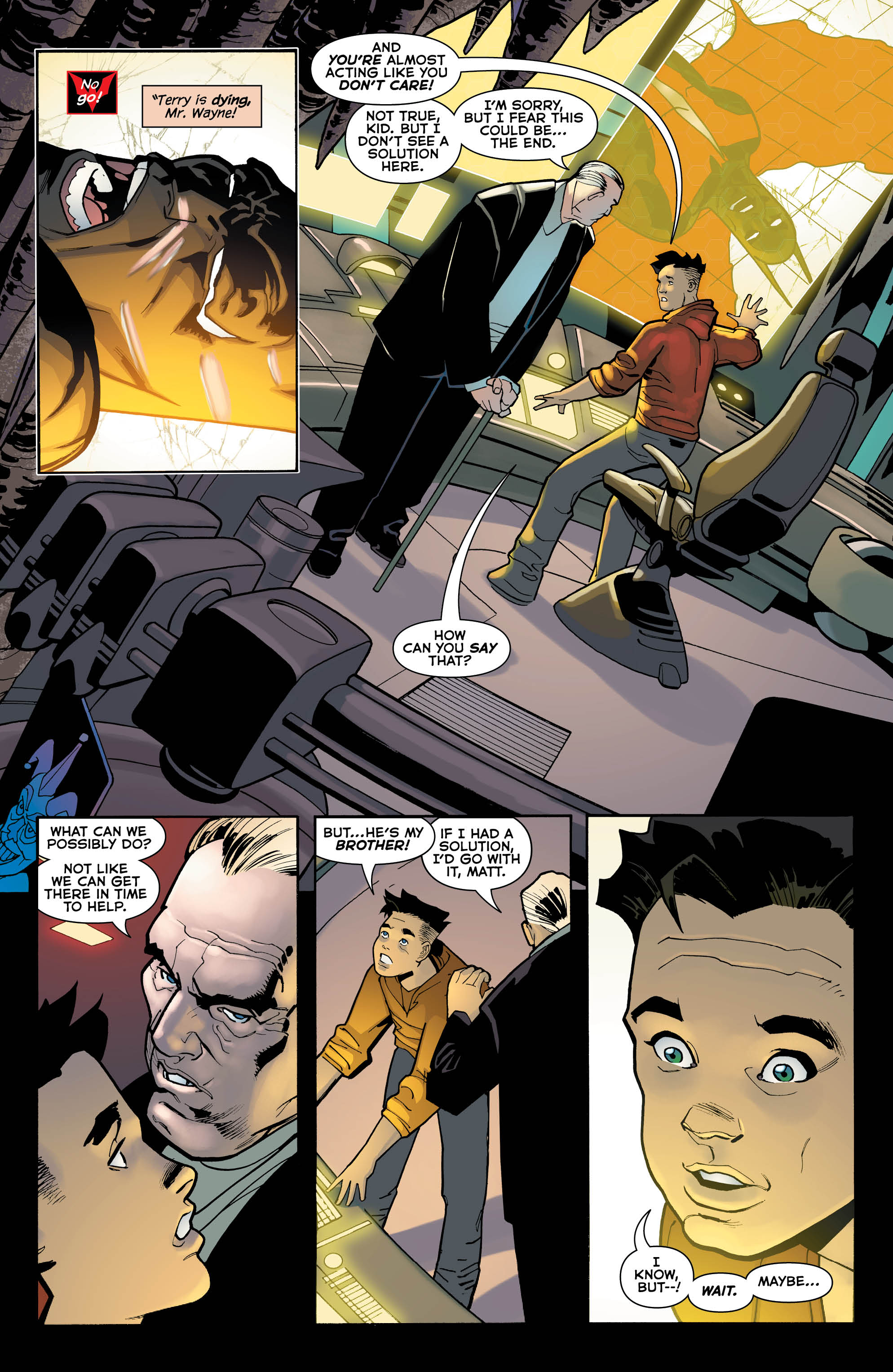 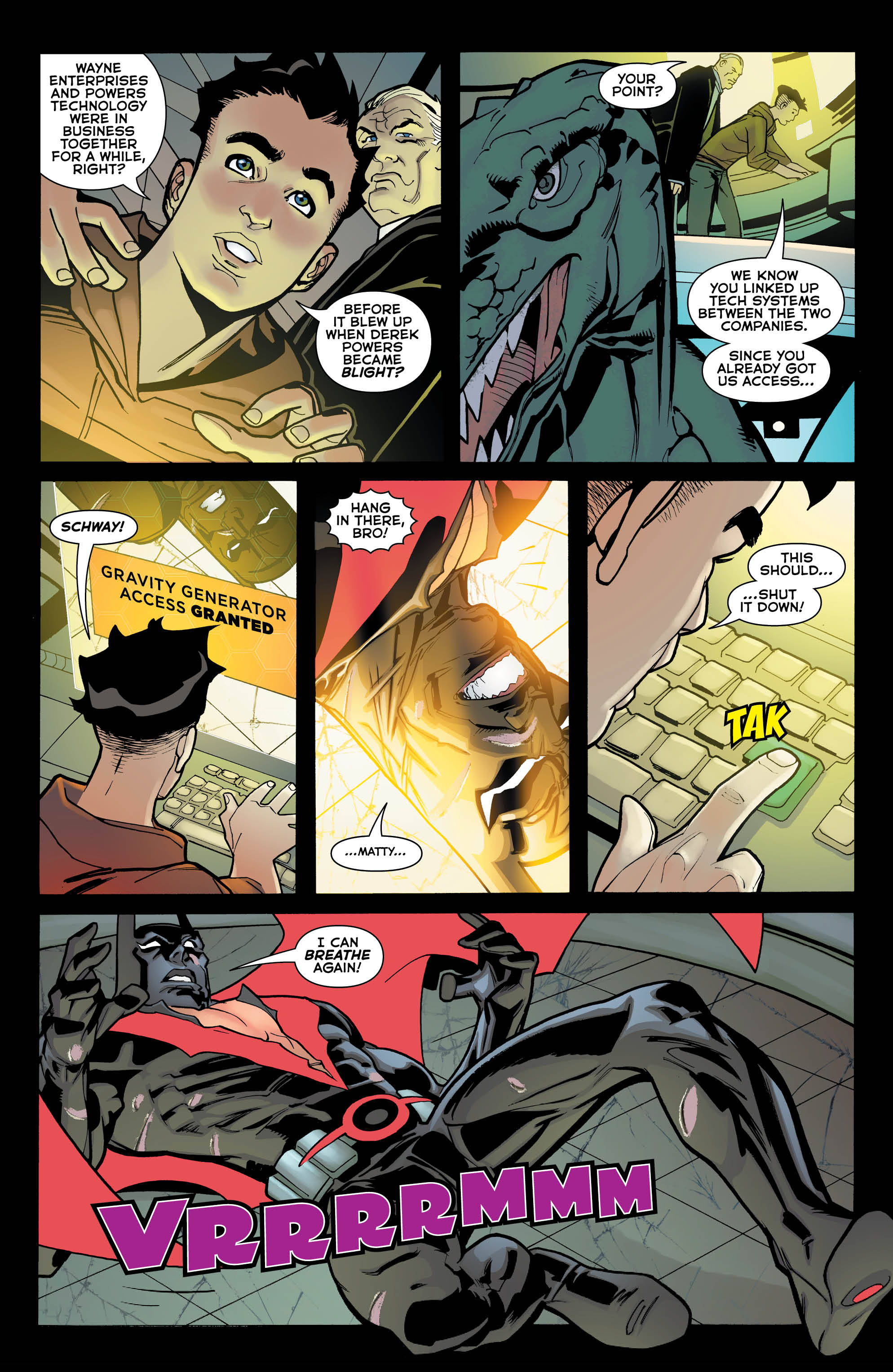 The pacing of the issue, while Batman deals with the two-for-one villain combo meal, is very well done. Batman discussing things, while Matt and Melanie run ops in the cave. The seamless cutting between Batman on the street and his family in the cave makes everything feel extra cinematic.

We’ve gone from one dire situation to another. Batman Beyond #32 perfectly expanded on the growing drama from the previous issue. Nothing is certain, and with names from the 1960’s popping up as a character’s last line, we can only imagine what’s to come. This revelation has set up what looks to be another strong story arc.