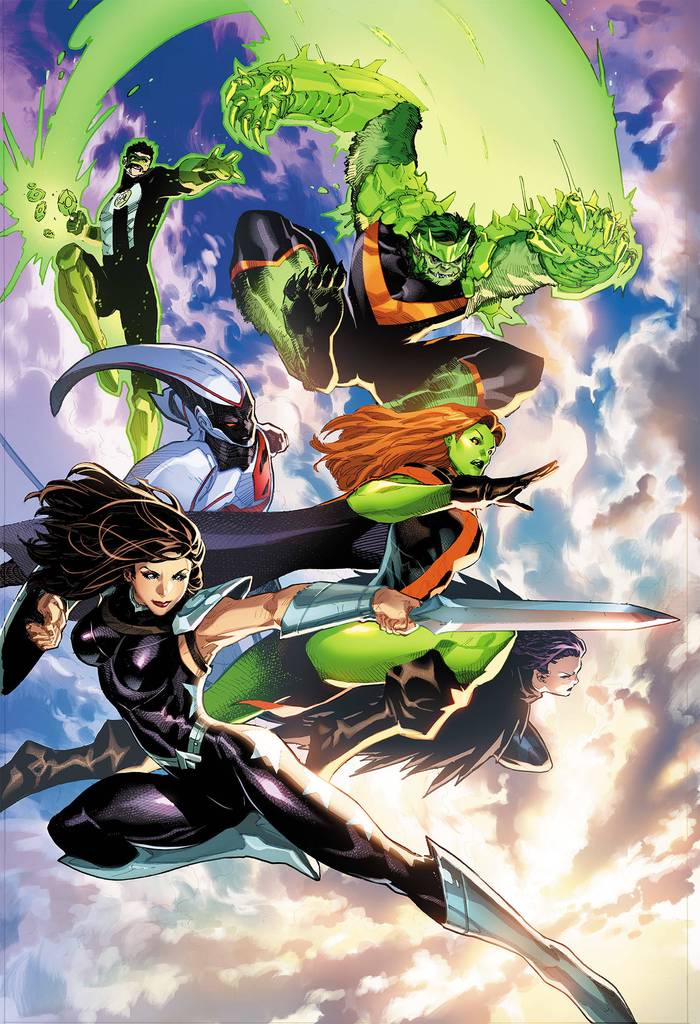 Picking up directly from where Titans #31 left off, this issue gives us some backstory for what has happened, as well as setting up intrigue for what is coming next. Aptly titled “The Origin of Mother Blood,” this issue gives us exactly that. We are introduced to Sonya Tarinka, a woman who was seeking asylum in Fresno before being captured, first by the police and then rescued by Brother Blood. She is indoctrinated into his cult before eventually taking control of her own power and destiny and becoming Mother Blood. Seemingly straightforward.

It’s difficult to say “Straightforward” though because, while not overly complex, this issue felt like it would have benefited from less pages. Now, I tend to enjoy these kind of issues: the arc-filler backstory issues that focus in on one character. However, as this one is sort of sliding in and running concurrently with previous issues, it feels very repetitive to those who have been keeping up with Titans. The spin on it is interesting, and again I do enjoy the idea, and usually the execution, of these kind of issues, however for some reason, this one missed the mark with me. 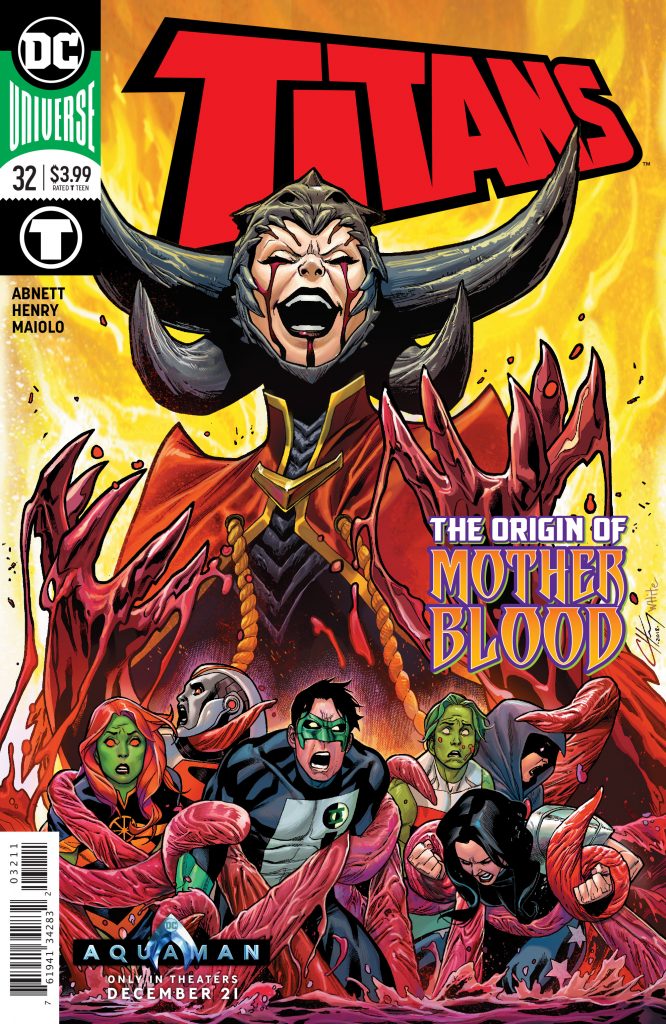 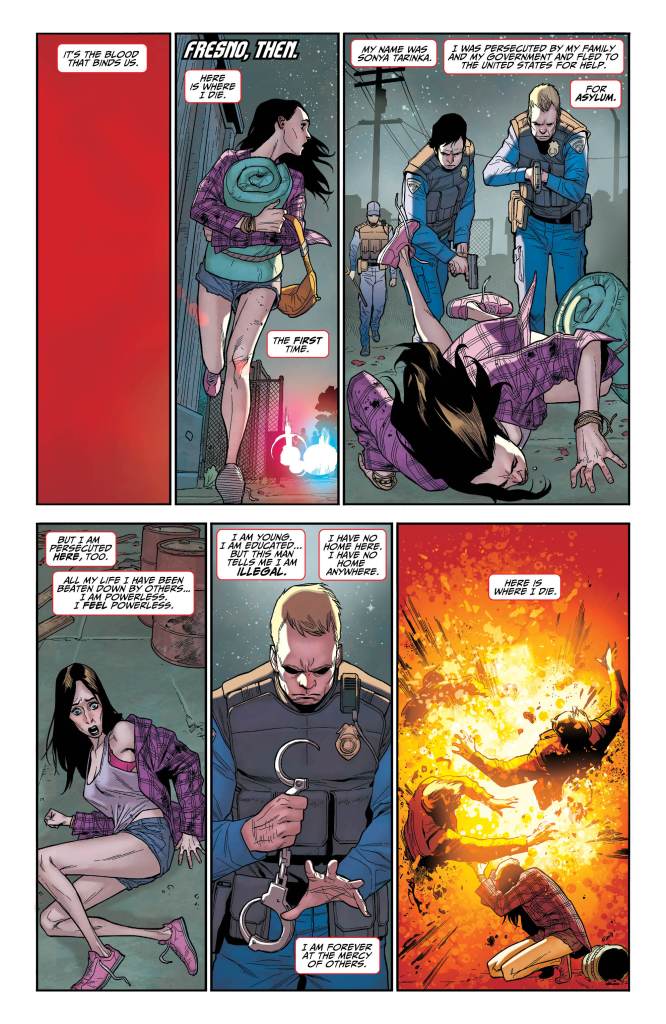 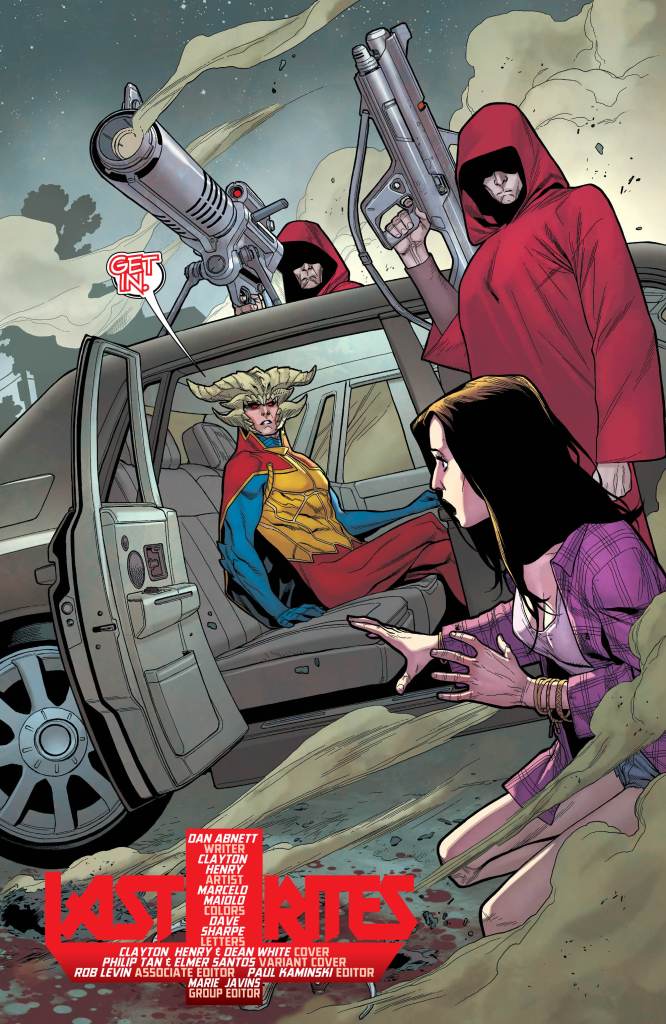 The writing itself wasn’t in any way bad, and I think Abnett is such a great fit for this series, however the interest I usually have in these backstory issues just wasn’t there. That could just be a completely personal opinion though, as I don’t really feel as though we needed an entire issue devoted to Mother Blood. As I mentioned, this issue would have benefited from less pages, and by that I purely meant that an issue that was half dedicated to her backstory and then shows the Titans reacting to it in the back half would have been much more interesting. It felt very filler-y to me, which isn’t always a bad thing, but here I just wanted… something more.

Aside from the writing, the artwork left me wanting more as well. I always find it difficult to criticise artists, as it comes down to a “I couldn’t do any better, so who am I to judge?” However, as I am here to give you my honest opinion, I have to say that the art, while great in some places, sort of let me down. Henry has done some amazing work on previous issues of this series, so it is extremely noticeable when the quality dips even a little. I am in no way saying it detracts from the story, however this was definitely an issue (if you’ll pardon the pun) while I was trying to discern what was going on.

All in all, despite my criticisms, this issue still kept me intrigued for what’s coming next. While I can’t say I’m the biggest Brother Blood or Blood Cult fan, the ideas are interesting and I will certainly be reading on. This issue just feels like a slight misstep in a series I am otherwise enjoying quite a lot. So, while I may have appeared to talk down on it, overall I would still recommend giving this one a read.