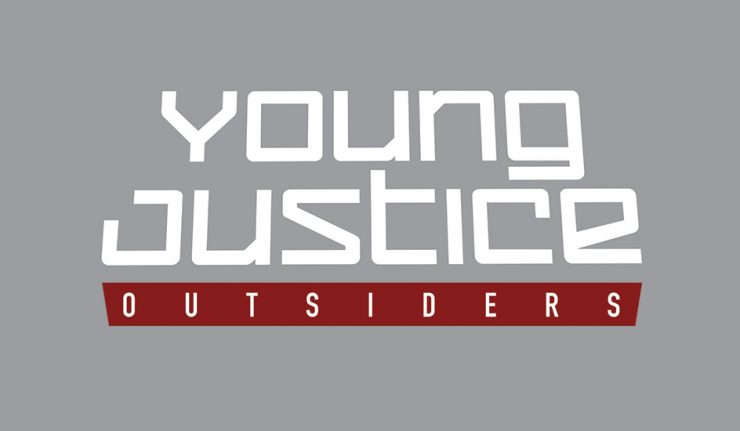 This is it. Years of waiting, hoping, yearning for a new season of the beloved animated series, Young Justice has almost reached fruition. It’s certainly a time to celebrate for fans as today, DC is announcing a myriad of things to come for the momentous premiere of Young Justice: Outsiders.

First off, let’s talk about how this show will air. The premiere date still stands at January 4, 2019. However, instead of premiering episodes weekly like Titans and besides releasing all the episodes at once like most of Netflix, we’re getting somewhat of a compromise. We will be able to binge YJ: Outsiders, just not for too long at a time. Instead, we’re getting 3 episodes every Friday until January 25th, when we’re getting the midseason finale with 4 episodes. It’s an interesting strategy and ensures that fans will have to keep tuning into the app weekly, but I can’t say if it’s a good or bad idea. I guess more good than bad, right?

When it rains, it pours

Remember that prequel comic book we were getting that would bridge the gap between season 2 and 3? Well, we have more information about that now too. The series will be written by YJ producer Greg Weisman with art by Christopher Jones. The comic book series will have 2 10-page installments released on January 2nd and 3rd respectively. That way, you are all caught up for the premiere the next day!

When it rains, it certainly pours. DC is fully acknowledging just how much we love the series. I mean, they ignored us for years, so I guess they’re trying to compensate. On top of the season, we’re also getting 5 ten-minute installments of a documentary series called Making of Young Justice: Outsiders. The DC Daily team will be following Whitney Moore, a member of the DC Daily team but also voice talent for YJ: O. The series will premiere the following Tuesday after Outsiders premieres its three episodes. The first installment of which will begin airing on January 8th. As a huge cartoon nerd and movie buff, I love seeing how shows and movies are made, so this will be treat for me.

DC’s Playing the Part of Xzibit from Pimp My Ride

All this news brings to mind Xzibit. I can just imagine a DC exec saying, “Yo dawg, I heard you like Young Justice.” Because it doesn’t stop there! DC Universe will also be premiering what they’re calling Young Justice: Enhanced. Based on the sneak peek that was released, there will be various formats expanding upon season 1 and 2 of YJ. There will be traditional commentary tracks placed over episodes, the preview showcases Greg Weisman, Brandon Vietti, Phil Bourassa, and Jason Spisak in one with James Tynion IV & Mike Carlin in another. The cast members of the Whelmed Podcast will be more so doing a video commentary, as you will be able to see their figures superimposed on the episode making witty observations. Based on the sneak peek, we’ll also be getting a Pop-Up Video type format where the episode will be play out as normal, but with random pieces of trivia appearing on-screen from time to time.

Young Justice: Enhanced will be premiering on December 4th and runs throughout the month. Good way to build anticipation.

So much to unpack

I think I’ve made you wait long enough. This will be our second trailer following the trailer released during SDCC 2018, where the basic premise of the season was outlined. This new trailer goes a bit deeper into that, before providing so much more new footage.

You’ve been waiting for it, so check it out below:

I’ve seen this trailer about 3 times and there’s a LOT to unpack here that I don’t feel like I’d be doing any justice (heh) by providing my commentary on it. You have to try to do it yourself, guys. This is too important for my measly two cents.

I can say, however, that I’m unbelievably excited and glad to see our old friends back with such crisp and beautiful animation. There’s a lot of Nightwing and Superboy, which is always great. Unfortunately, the absence of the Miss Martian and Aqualad is very glaring, indeed.

Enjoy the trailer and be sure to subscribe to DC Universe to catch Young Justice: Outsiders on January 4th, 2019.