Review: Injustice Vs. Masters Of The Universe #4

“Injustice Vs. Masters of the Universe” – Part Four 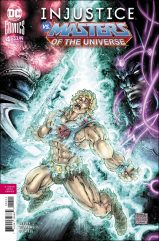 The latest issue of Injustice Vs. Masters Of The Universe is heavy, to say the least. It is a hard hitting ride as we begin to see the story unfolding in true glory. This is the issue where everything hits the fan… and sticks.

Wake up Brucey, Wake up

It begins with Bruce Wayne waking for the nightmare that Superman has trapped him in this whole time. Bruce has been used for his intelligence and ingenuity in order for Superman to rise to power and stay at the top. That is over now as Batman is free to help the resistance, though fate does not seem to be on their side.

This sequence and Zatanna facing Skeletor are probably my favorites in this issue. The only thing I was sad about was a battle of the great magic, but I am waiting patiently to see if that will ever happen. The action panels between He-man and Supes are really good. In this case it’s the dialogue and the imagery that are brought to mind if you’ve played the game that really seal the deal. 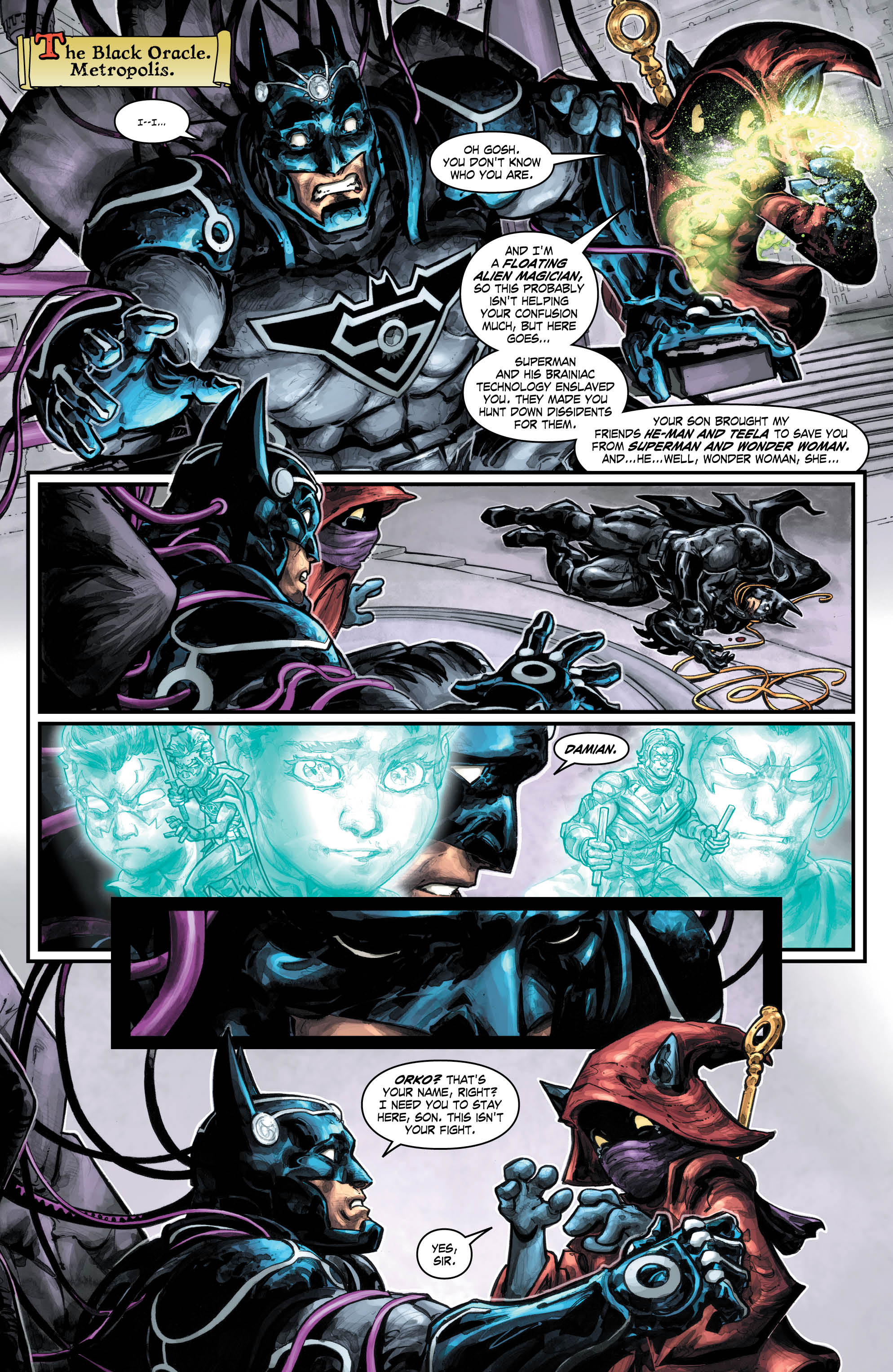 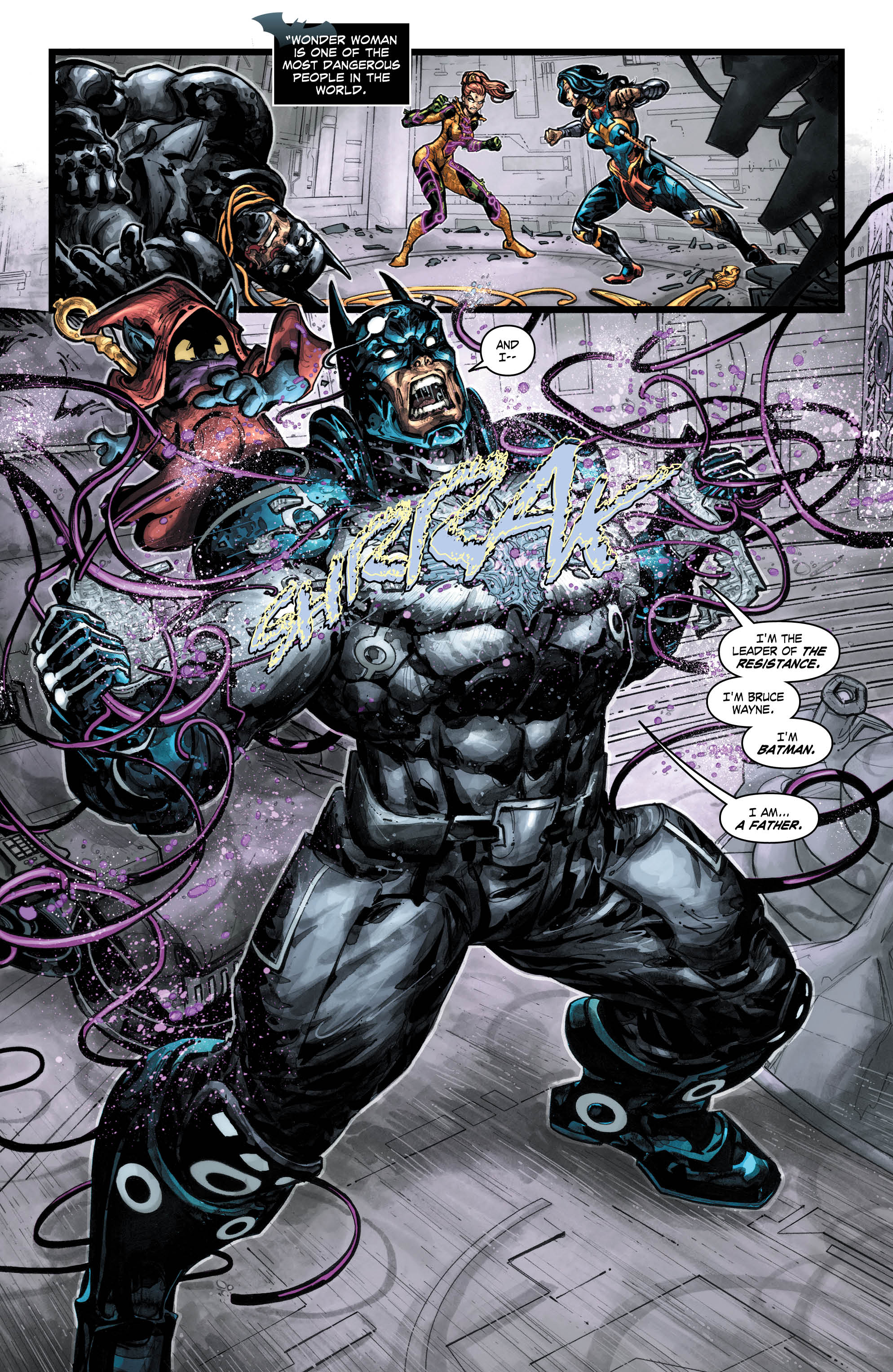 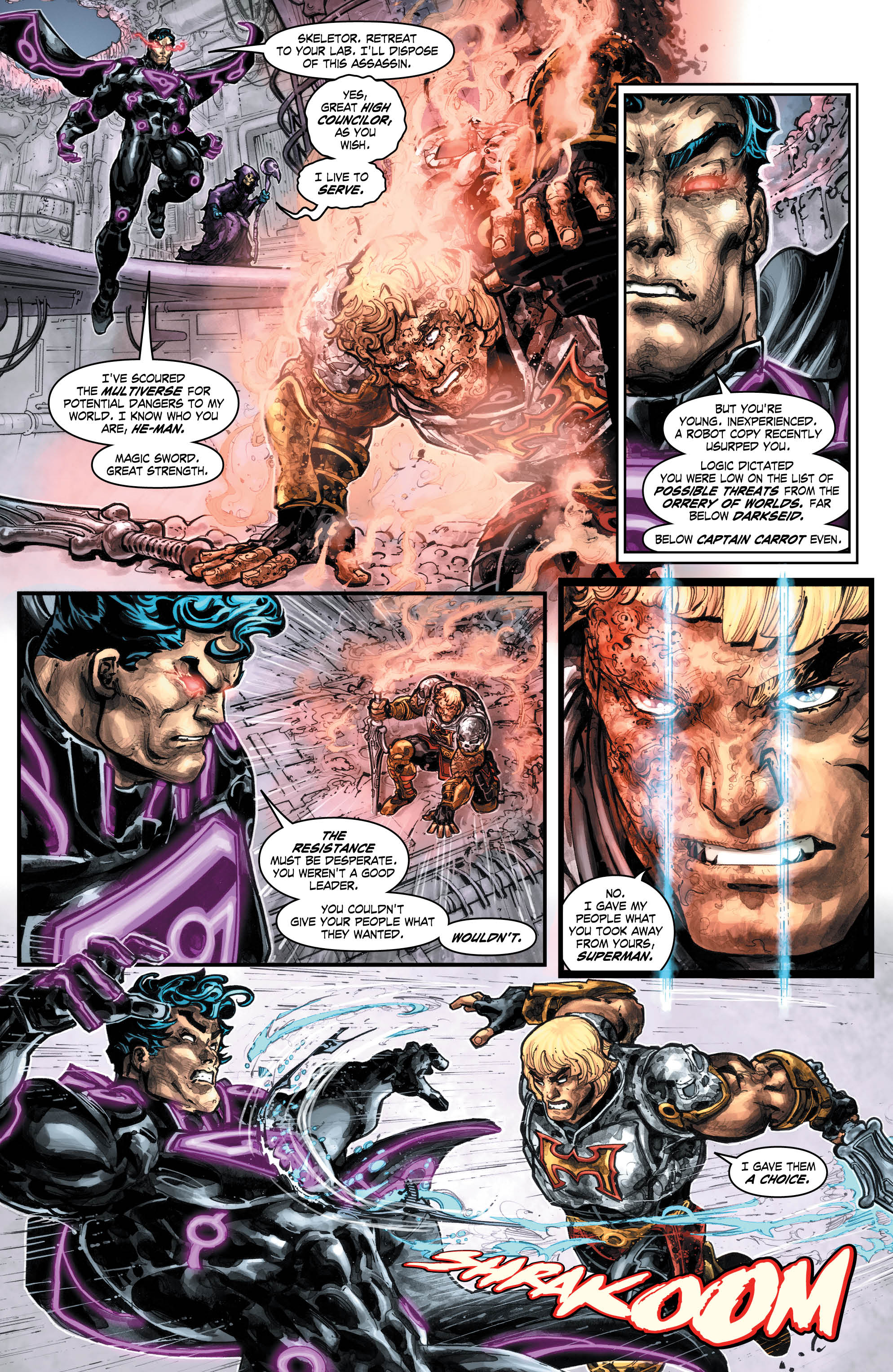 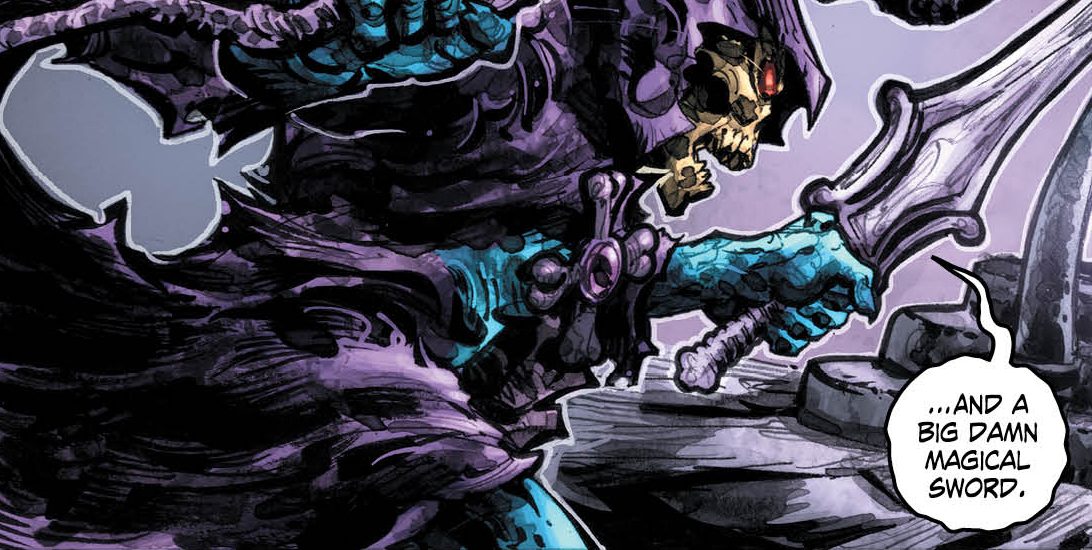 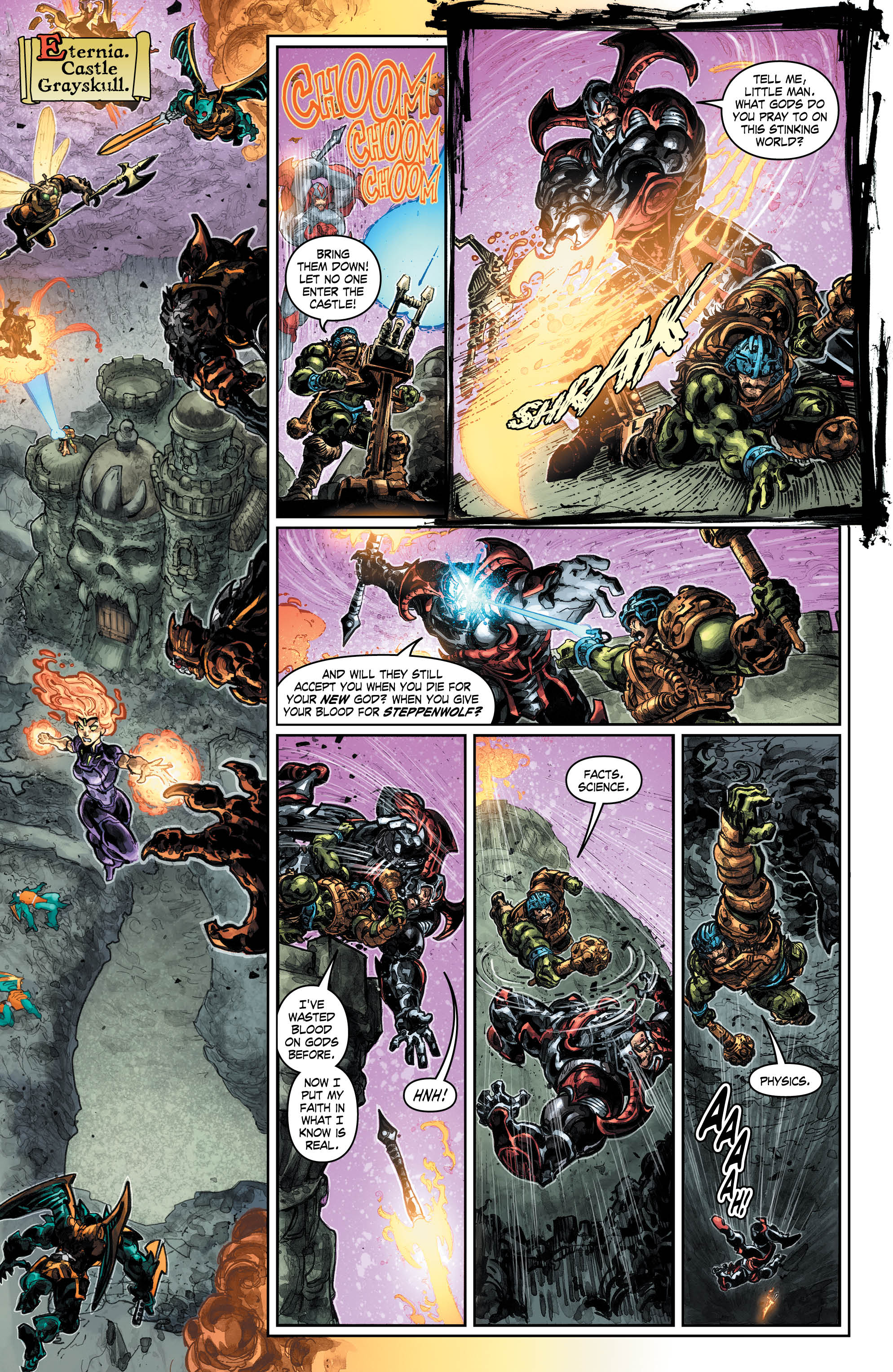 This issue is full of glorious fight scenes; some of the most exciting panel work is in these battles. One of the best parts of this book is when all the heroes and villains meet on the battlefield, finally getting the chance to release all kinds of aggression.

Darkseid has a very intense scene this issue, one that made me feel a whole gamut of emotions as I read through, unsure of what was going to happen next.

Overall while a ton goes on in the issue I found it slightly underwhelming. So much happens very quickly, so I don’t feel like the pacing was as well done as it has been in previous issues.

It was like there was so much the team wanted to relay to the reading audience, but they were flashes in the episode instead of being the hard hitting moments that they could have been.

Not that the moments were not huge, it’s just that they didn’t land in the right way, for me personally.

The art is still amazing and the team works well together as they have in previous issues. We are over halfway through the series now, and with only a little bit left of the tale to tell, I am hoping that the conclusion of this mini-series blows it out of the water.

Will the realm of Eternia survive the onslaught of Darkseid? Will his plans for a galaxy of slaves come to fruition? Between the chaos happening on Earth and Eternia I fear, dear readers, that big things will happen but we won’t get to see that until the conclusion.

What are your thoughts on the issue ? Let us know in the comments below.